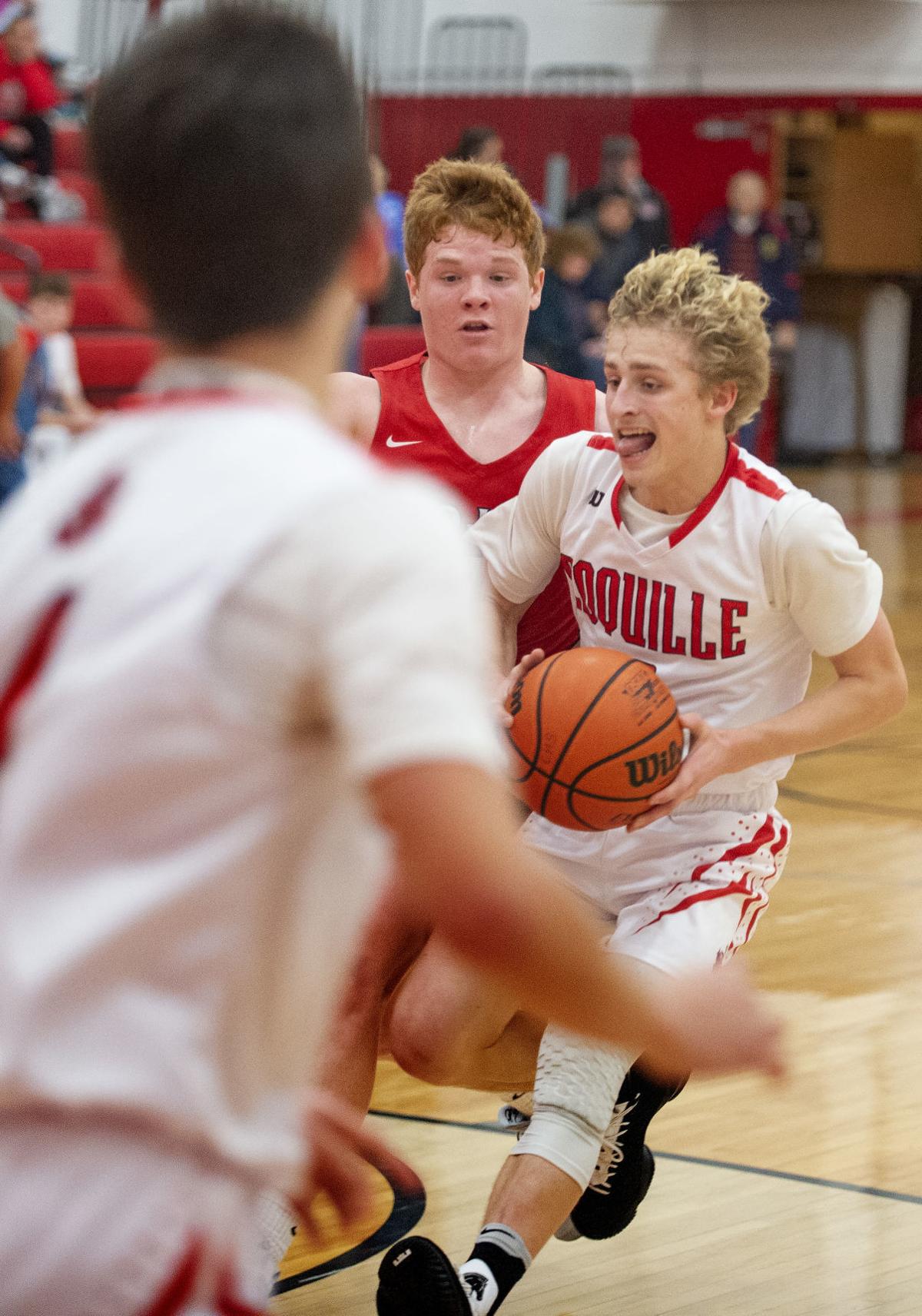 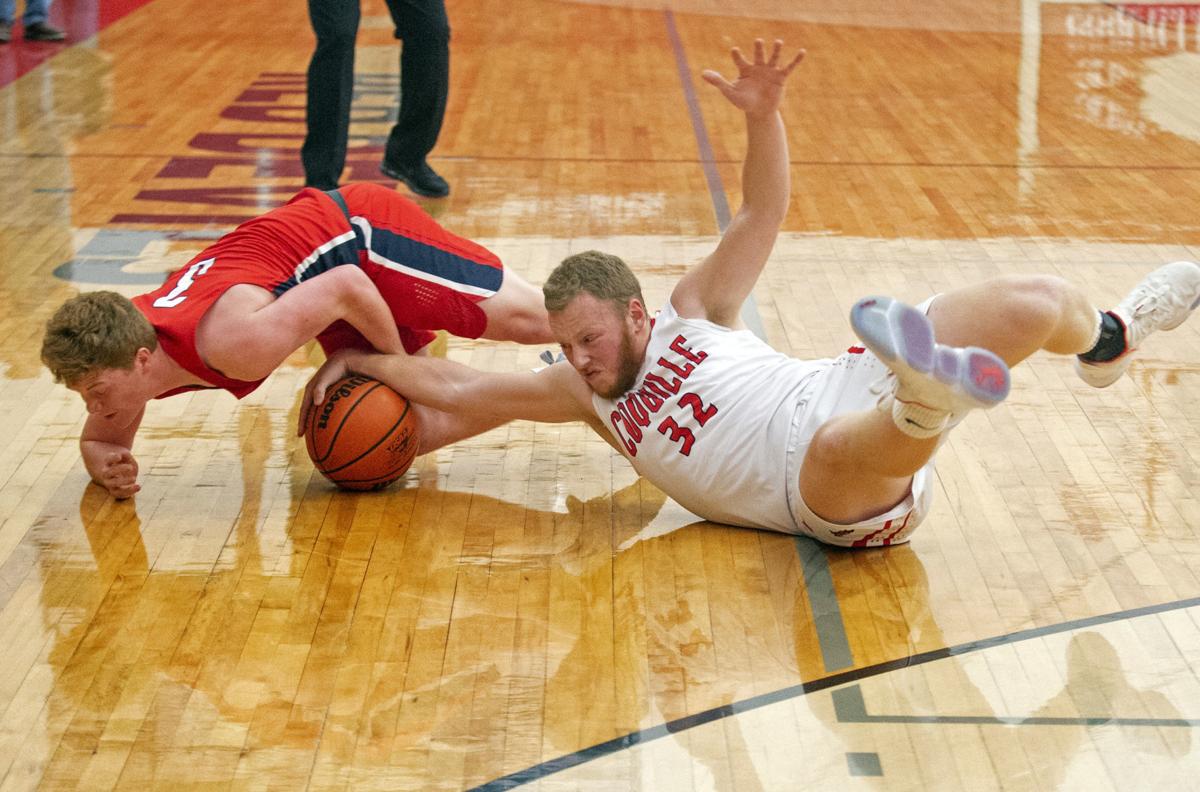 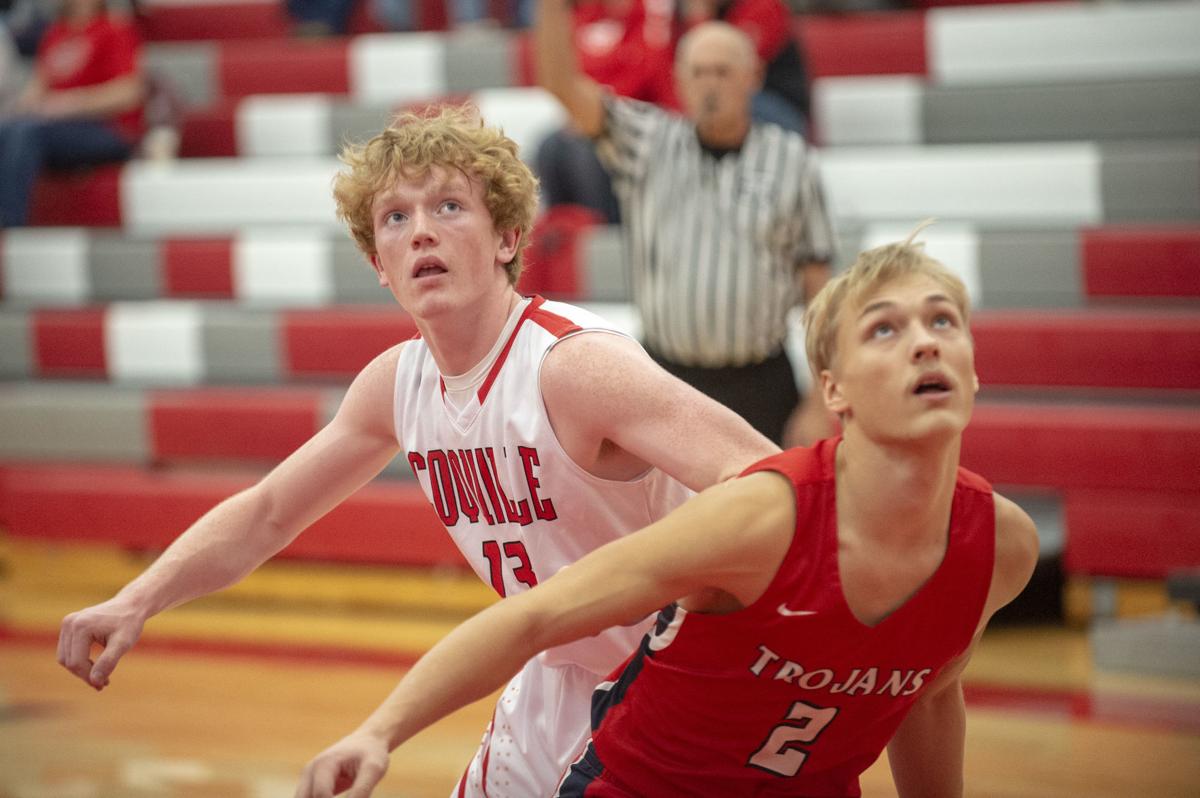 COQUILLE — A great first half gave Coquille’s boys the lead in Saturday’s game against visiting Kennedy at the First Community Credit Union Holiday Hoopfest. A clutch 3-pointer and four free throws secured the win as a furious rally by Kennedy came up just short in a 63-56 victory for the Red Devils.

“That was probably one of the best halves we’ve had all season,” Coquille coach Willy Layton said of the opening two periods, when the Red Devils used an 18-0 run bridging the first and second periods to nab a 15-point lead on the visiting Trojans. “And then we have let-downs.”

Just when all the momentum favored the Trojans, Cort McKinley hit an open 3-pointer from the wing for the Red Devils and Jeremy Kistner and Ean Smith each converted two clutch free throws to put the game away as the Red Devils improved to 8-1.

“We were moving the ball great in the first half,” Coquille’s Jace Haagen said.

The Red Devils shot 15-for-23 from the floor and only allowed Kennedy seven total rebounds while building a 34-21 lead.

Kennedy, meanwhile, struggled from the floor in the first half, but heated up in the final two periods when, Coquille’s players said, they had a letdown on defense.

“We started letting them get open shots and they knocked them down,” Kistner said, adding that the team learned a simple lesson: “We’ve got to keep it full throttle all the time.”

Coquille also got careless with the ball as Kennedy’s defense tightened during its late run. Luke Hall and Bruce Beyer each had three-point plays and Riley Cantu hit a 3-pointer as the Trojans surged back.

Hall, who sat portions of the first half in foul trouble, had 19 of his game-high 24 points after halftime. Cantu added 10 points.

Coquille did just enough to hold on, adding a win over Kennedy to Friday’s win over Lost River in the Hoopfest, a pair of victories that should help the team down the road in the power rankings and in momentum.

The Trojans edged the Red Devils in Mount Angel last year and figure to be in the playoffs at the end of the regular season. Lost River, which won its league last year, expects to be there, too.

“Those are big wins,” Kistner said. “They’re super important for us.”

Kistner and Smith were the driving forces for Coquille taking its big lead.

Kistner had a double-double by halftime and finished with 14 points and 13 rebounds. Smith had a team-high 19 points and added eight boards.

“It was a big win,” Layton said. “We just can’t have those letdowns.”

That will be the team’s focus moving forward. The Red Devils have one more nonleague game, at home against Colton before jumping into the Sunset Conference season.