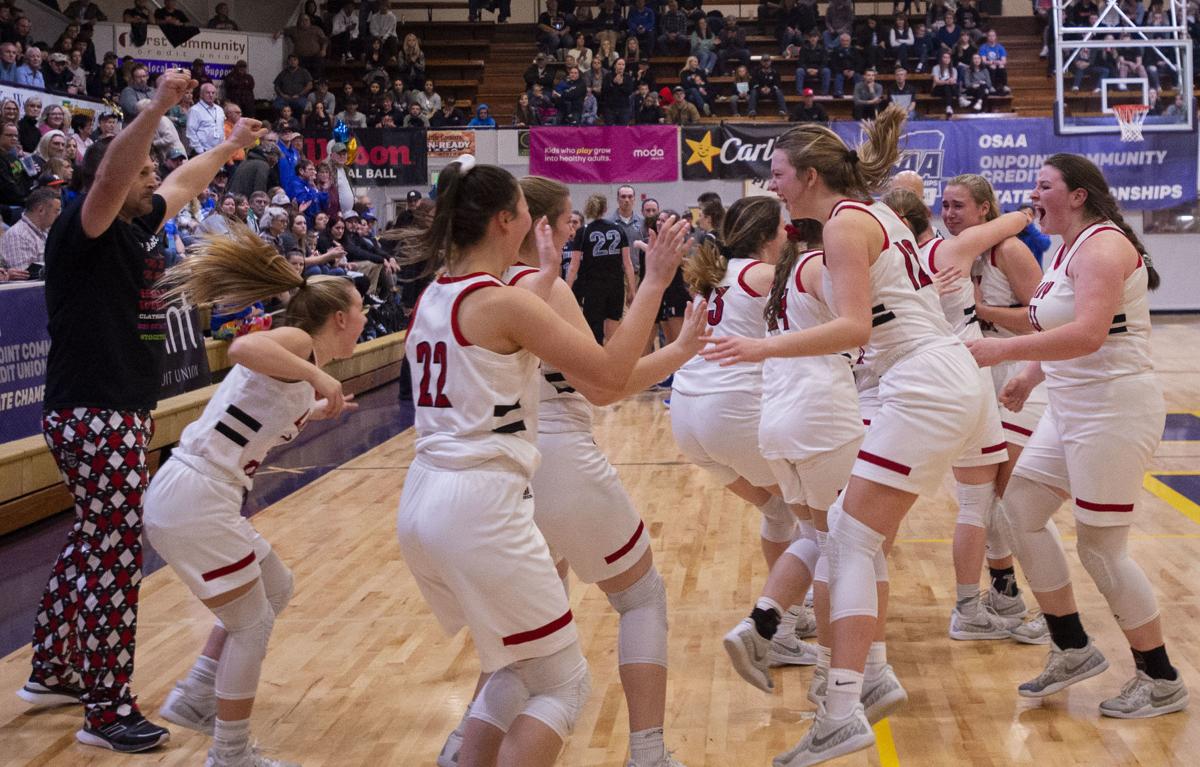 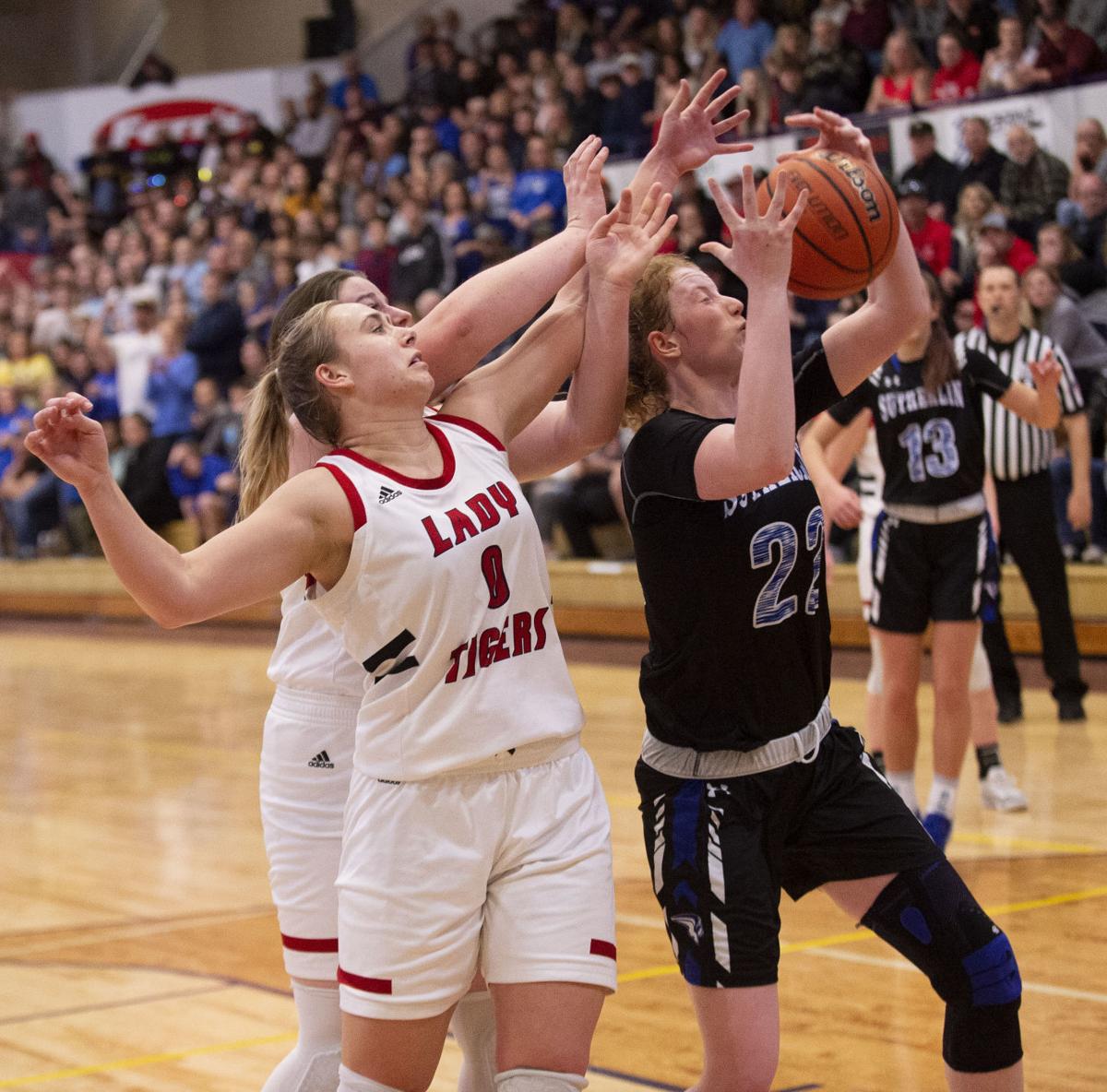 Sutherlin's Amy Dickover pulls down a rebound Saturday against Clatskanie during the Class 3A basketball championship game at Marshfield High School.

But in the Class 3A championship game against Sutherlin on Saturday night, it was a first-half run that made the difference as the Tigers repeated their 2019 title with a 51-40 win.

“We played them before and we know they are a good team,” said Clatskanie’s Shelby Blodgett, referring back to an overtime win over the Bulldogs at a neutral site in January. “Normally, we are a second-half team. We were a first-half team tonight.”

3A Clatskanie Girls Vs. Suthlerin

Sutherlin's Amy Dickover pulls down a rebound Saturday against Clatskanie during the Class 3A basketball championship game at Marshfield High School.

The teams played even through the first period Saturday, but Clatskanie opened the second on an 18-5 spurt to take control.

Olivia Sprague, who like Blodgett has been the team’s scoring stars throughout their three years with the Tigers, had three 3-pointers in the spurt and also fed Kaity Sizemore inside for a hoop. Blodgett added a bucket and two free throws and what had been an 11-11 tie turned into a 29-16 Clastkanie edge.

Eventually the Tigers led by as many as 18 points.

Sutherlin cut the lead to six late, but couldn’t erase all of the big lead.

Seemingly every time Sutherlin got momentum, Blodgett would have a steal and hoop (she had seven thefts in the game) or score off an offensive rebound (nine of her 15 total boards came on offense) on the way to 18 points. Sprague finished with four 3-pointers and 16 total points.

Haines did her best to give Sutherlin a chance, making five 3-pointers and finishing with a game-high 19. But the Bulldogs didn’t have enough firepower to overcome the offense of the Tigers, who also got 12 points and 10 rebounds by Sizemore inside.

“Kaity Sizemore — I can’t even describe how well she did,” Sprague said. “She was working her butt off.”

The result was a second straight title for the Tigers, who were understandably elated after the game.

“My emotions are everywhere,” Sprague said while she watched her teammates snip off parts of the net. “I am over the edge — ecstatic.”

“I think it’s awesome,” Blodgett added. “Back to back — it doesn’t get much better than that.”

What made this year’s title different was the Tigers were the favorites all year.

“We had all the pressure,” Sprague said. “We had these targets on our back.”

Just like in all but two of their games this year — losses by three points at Class 4A La Grande and one point at league rival and sixth-place finisher Willamina — the Tigers came out on the winning side Saturday.

And with just one senior starter and Blodgett, Sprague and Sizemore all returning, the target will be that much bigger next winter.

Sprague said they will aim to stay on top with hard work.

“We’ve always said we’re going to run more than the other team,” she said. “Next year, we’re going to go one step harder at practice — one step farther. Push ourselves even more.”

Sutherlin, which was at the final site for the first time since winning during Haines’ freshman season, would love to spoil the Tigers’ dreams of another crown. They also return a strong cast.

“We’ve got a great group coming back,” Grotting said, adding that the team’s comeback to make it a close game late showed the group’s heart.

“I love our kids,” he said. “Win or lose, you want to give yourselves a chance, and they did that.”

“Obviously, we could have done a little better,” she said. “But I’m proud of how we’ve done.

“I’m super thankful that I got to be part of such a great team.”