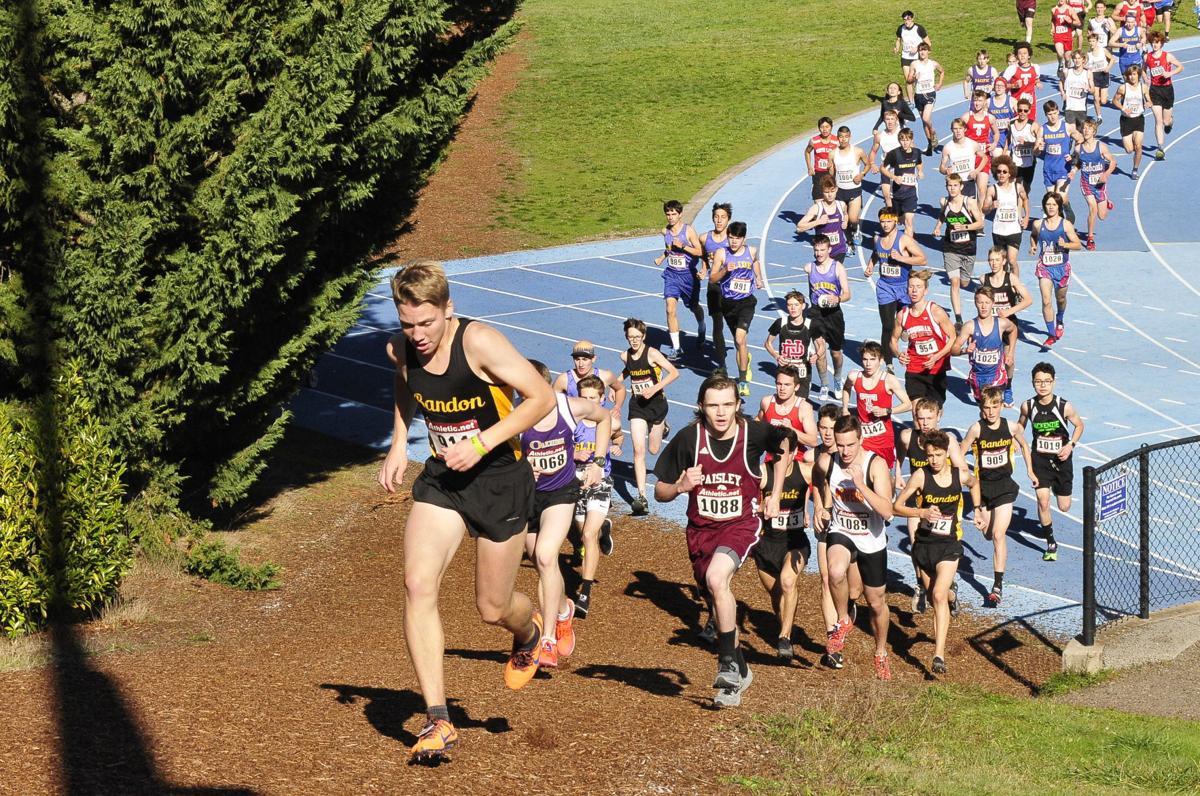 Bandon's Isaac Cutler leads the field up the hill near the start of the district meet Tuesday at Lane Community College. 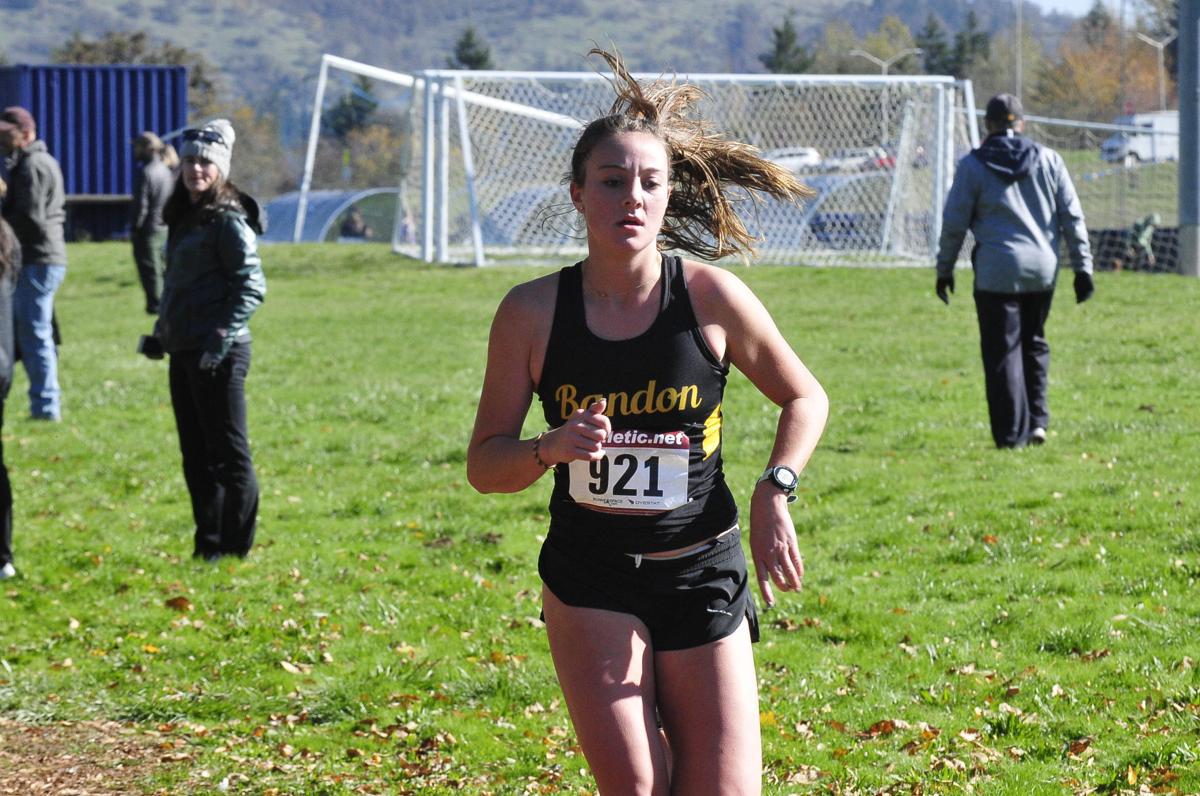 Bandon's Holly Hutton ran to a second-place finish in the district meet at Lane Community College on Tuesday.

The Tigers hope to finish better than their ranking in the state meet on Nov. 9 and showed off their strength Tuesday in the district meet at Lane Community College, the site of the upcoming state meet.

Bandon's Holly Hutton ran to a second-place finish in the district meet at Lane Community College on Tuesday.

Bandon easily won the team title in the District 4 meet, placing six runners in the top 13.

“It was a pretty good day,” said Isaac Cutler, one of the Tigers’ two senior leaders and the runner-up in Tuesday’s race. “Our younger kids have really picked it up.”

Cutler was thrilled with his teammates Tuesday, though not so much himself. He led the first two miles of the race before being passed by Isaac Whitney of Oakridge. By the end of the 5,000-meter race, Whitney had finished in 16 minutes and 53 seconds and Cutler in 17:03.

“I’m a little disappointed,” he said, though he quickly pointed out that state is the more important race.

The top five finishers for each team count toward the team score and the top two teams in the boys race advanced to state.

There was no doubt who the two team qualifiers would be in the boys race. Glide, a team with no seniors coached by former South Umpqua coach Taylor Groth, had all of its five scoring runners in the top 14, led by top-10 finishers Thomas Hatcher (seventh), Brandon Byrd (ninth) and Dylan Davis (10th). Bandon had 28 points and Glide 46.

It was a new personal best for Hutton, but she wasn’t thrilled.

Lakeview also had the third- and fourth-place finishers in Julia Ketcham and Kaley Schneider. Katherine Abbott of Oakridge earned an individual berth to state by finishing fifth.

Lakeview finished with 48 points and Bandon 54.

The Bandon girls are excited about the state meet.

“We’ve had a lot of improvement from the runners behind us,” Hutton said.

“I’m glad I get to run with them at state,” added Smith.

Since the girls district also included Class 3A, three state team berths were up for grabs. Sutherlin edged St. Mary’s 83-85 for the third spot at state.

Coquille’s Allison Storts had a 10th-place finish (21:45), while Myrtle Point was led by Sarah Nicholson in 15th (22:05). Reedsport’s Ashley Schuttpelz was 33rd (24:06) after being ill for almost two weeks leading up to the district meet.

For the boys, Class 3A has its own division, and its district meet also was Tuesday.

Brookings-Harbor took the title, led by individual champion Kaleb Barnes, who finished in 17:08. Zachary Ablitt was sixth (18:32) and Everest Abblitt 10th (18:48) for the Bruins.

The meet was the first of three involving South Coast teams in three days in the Eugene area. North Bend competes in the Midwestern League district meet Wednesday at Springfield High School and Marshfield and Siuslaw compete in the Sky-Em League district meet at Lane Community College on Thursday.

Coquille’s volleyball team will host Weston-McEwen of the Eastern Oregon League in the volleyball playoffs on Saturday, while North Bend and M…