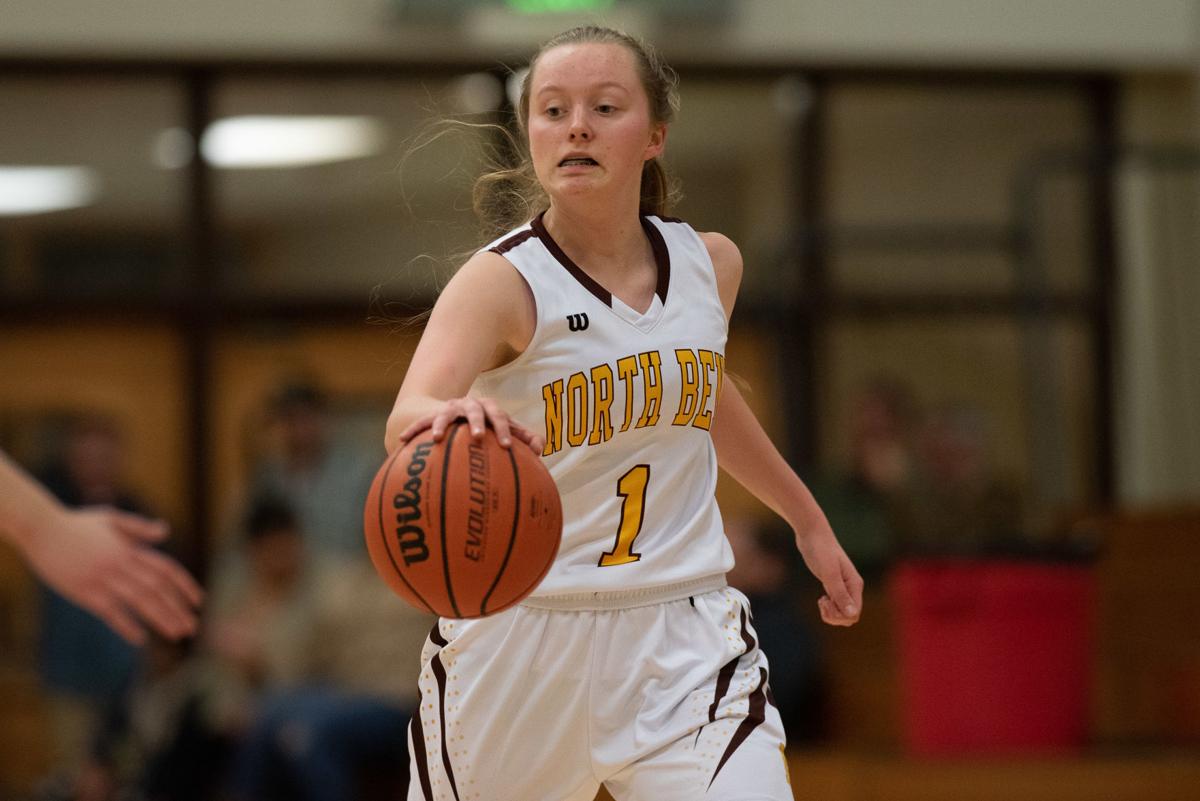 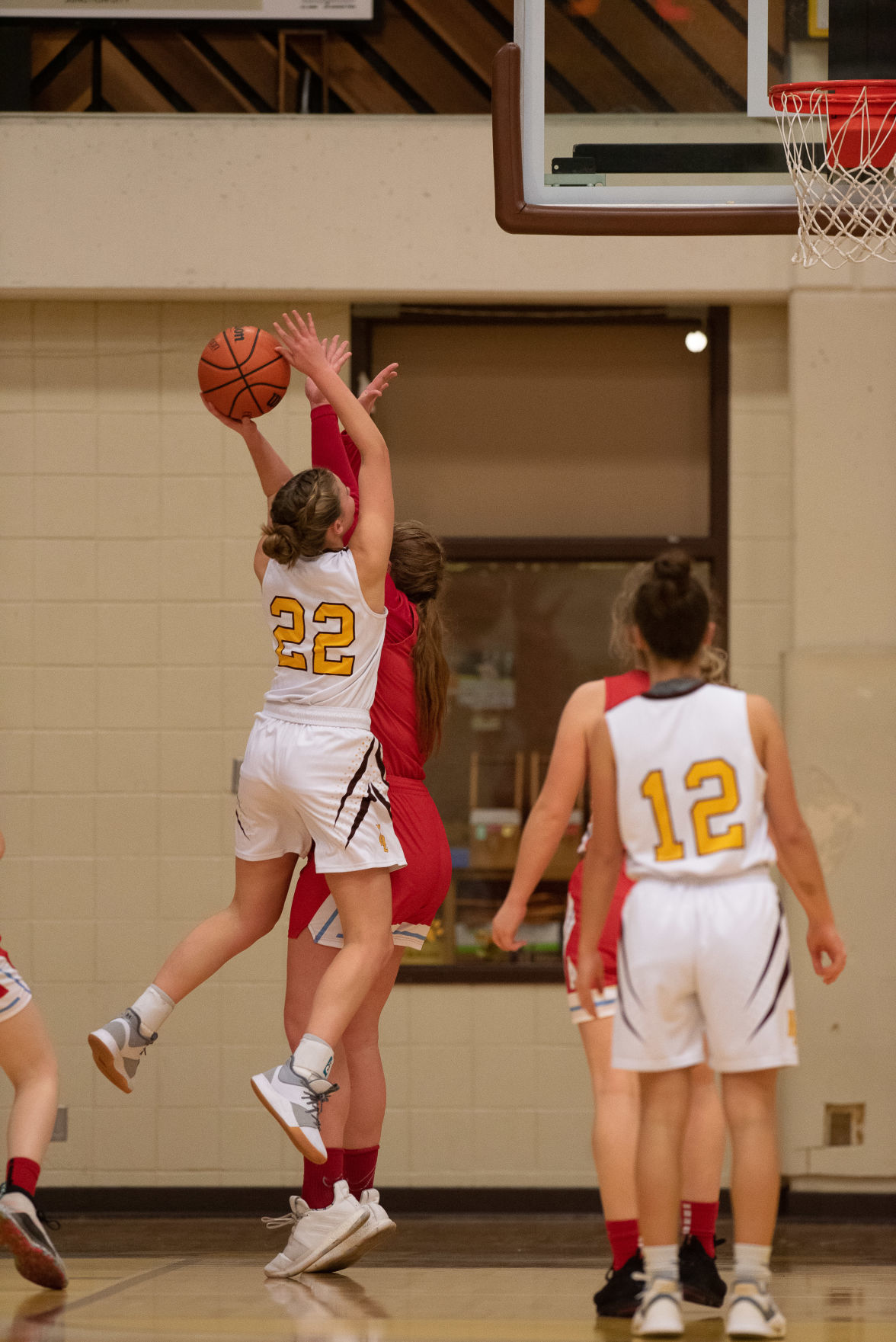 North Bend's Randee Cunningham puts up a shot against Ashland during Friday's game.

NORTH BEND — A strong second half Friday gave North Bend’s girls basketball team hope that better things are coming. But it wasn’t enough to overcome a slow start as Ashland topped the Bulldogs 47-24 in a Midwestern League game.

“We did a lot more things better in the second half,” North Bend’s Hannah Lillebo said, referring to better ball movement, shooting and rebounding.

North Bend's Randee Cunningham puts up a shot against Ashland during Friday's game.

The game was tied early at five after North Bend’s Makoa Matthews hit a 3-pointer and a jumper. But the Bulldogs went about eight minutes of playing time without a field goal and Ashland surged in front.

The Grizzlies finished the first quarter on a 12-0 run and led by double figures the rest of the game.

Ashland led 25-10 at half. North Bend briefly cut the lead to 11 when Aby Holling hit a long jumper ruled a 2 and Matthews had her second 3, but the Bulldogs couldn’t get any closer.

Jayd Sollinger had a couple of 3-pointers to help the Grizzlies reestablish a big lead on the way to a game-high 18 points.

In the first half Ashland feasted on offensive rebounds to get up 18 more shots than the Bulldogs. North Bend did a better job in the second half and got the same number of shots up, though Ashland finished with a 37-29 rebounding edge.

“The first half, I feel we were a little scared,” Lillebo said. “Our shots weren’t going in.

“The second half we came out and got our shots going.”

The Bulldogs just didn’t make enough of them, shooting 8-for-36 on the night.

North Bend coach Mike Forrester said he expected the Grizzlies to play man-to-man defense like they did in both games against his team last year. That didn’t happen.

“Their matchup zone caused us problems in the first half,” he said. “That’s my fault.”

He was pleased with how North Bend was more aggressive in the second half and praised Lillebo and Randee Cunningham for their hustle.

The Bulldogs fell to 0-4 in league play heading into their Tuesday home game against Springfield (also winless in league), looking for some positive momentum.

Lillebo said it could come soon.

Bryan Roberts has another perfect game at North Bend Lanes

Bryan Roberts had the first 300 game of the new year at North Bend Lanes when he rolled one during the first Men’s Coast league night of 2020.