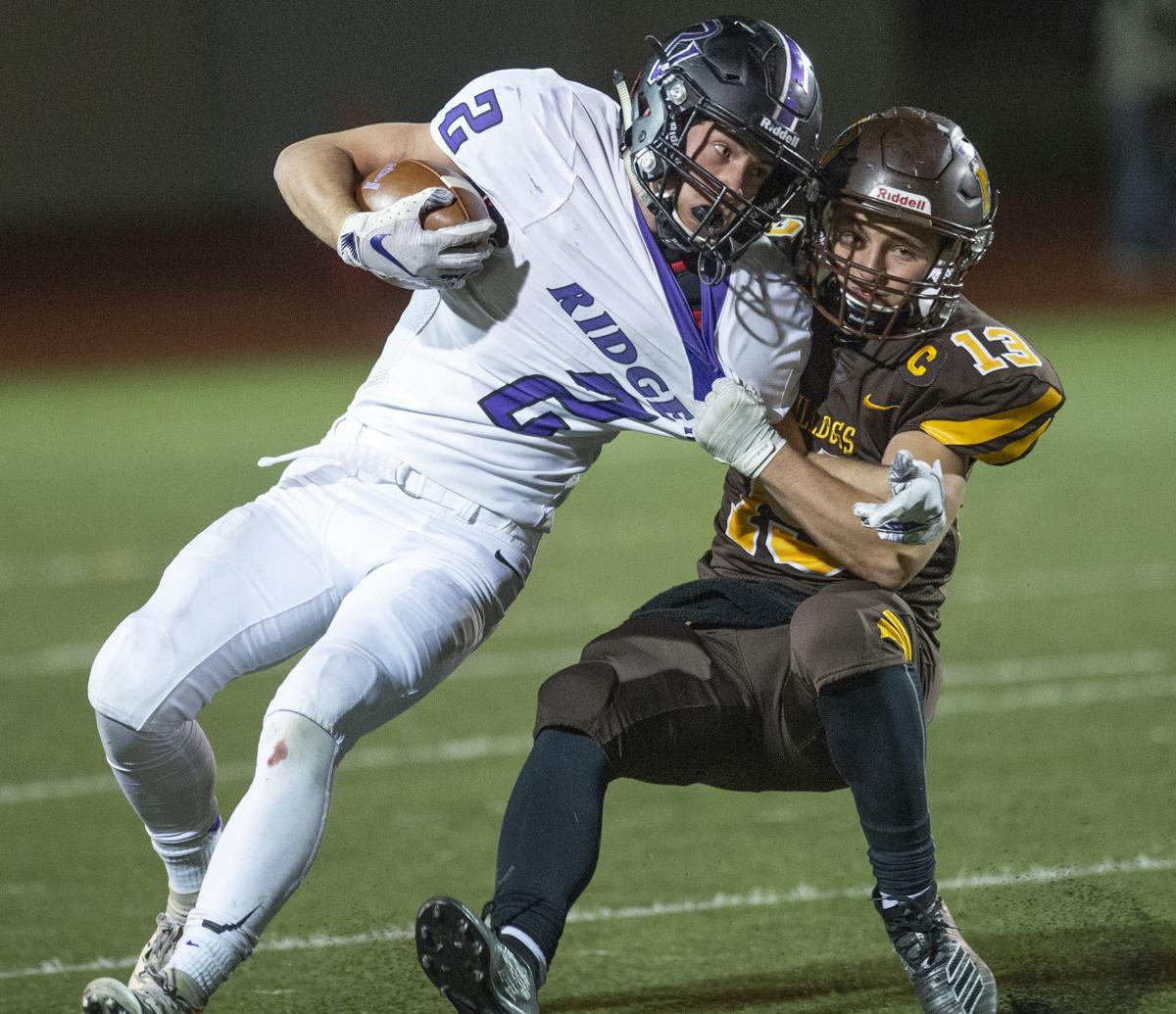 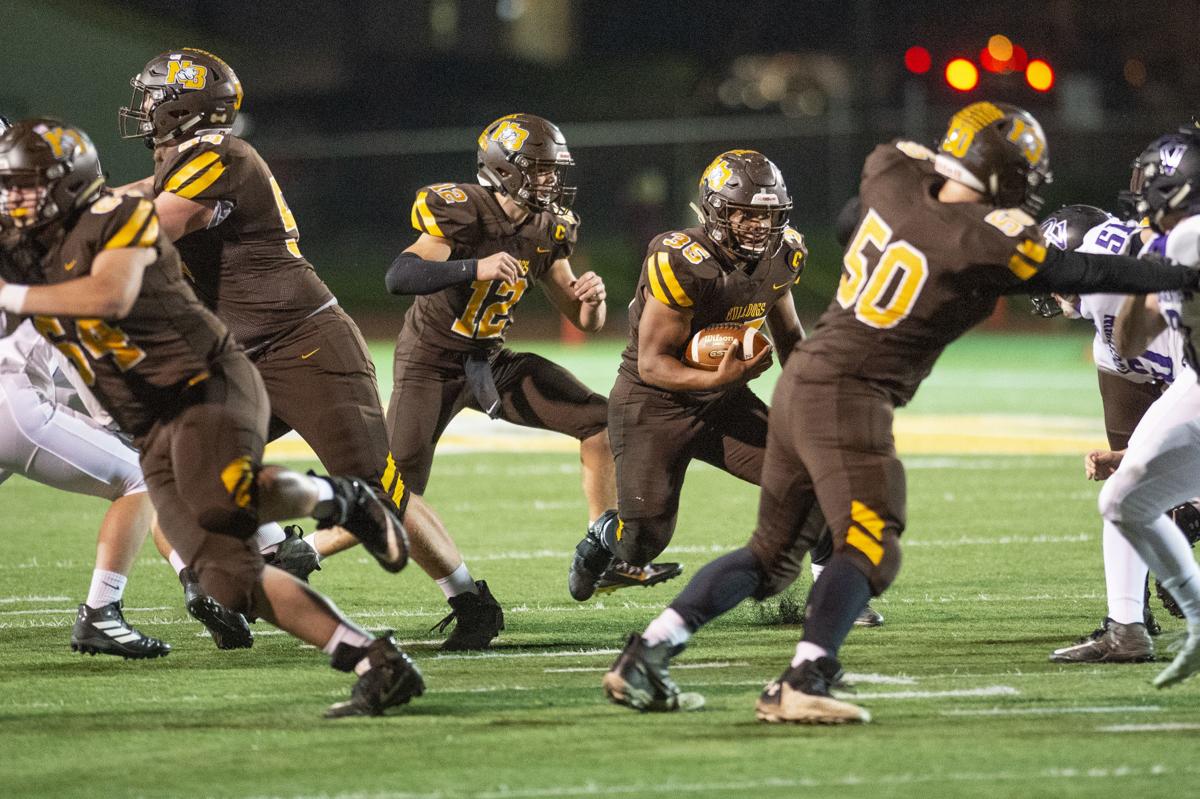 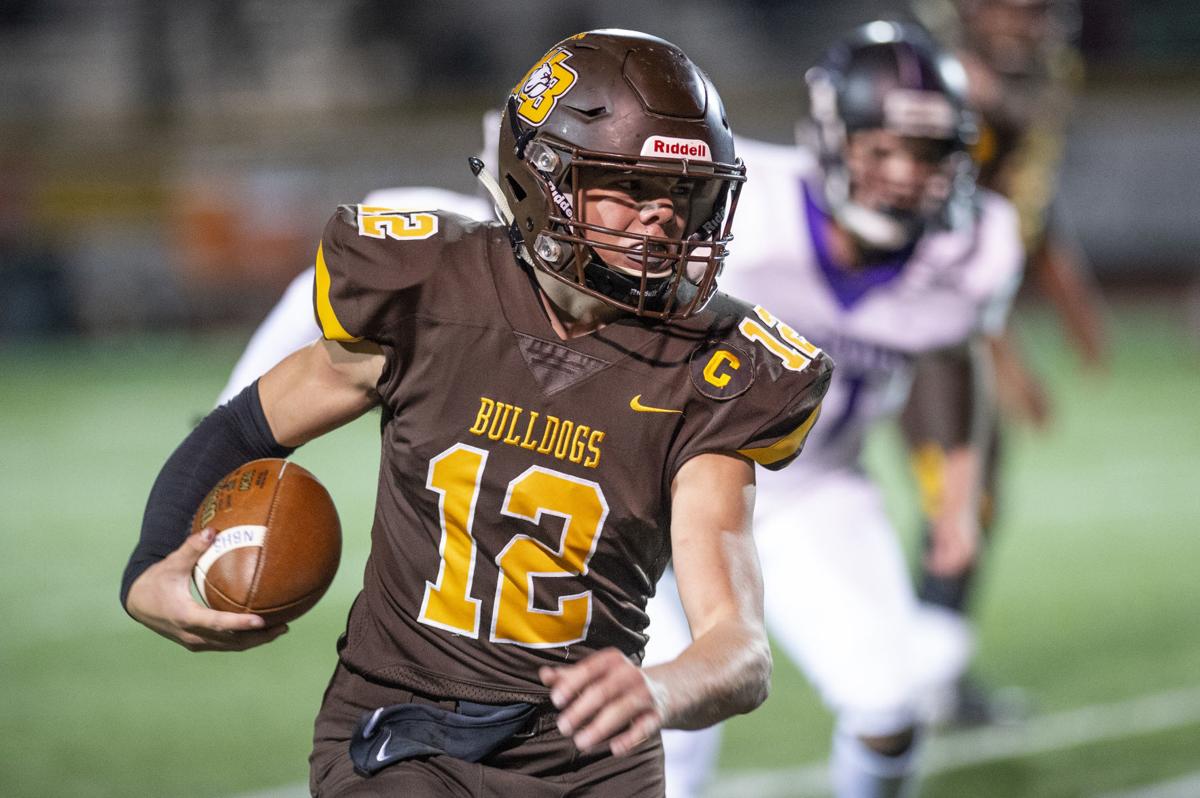 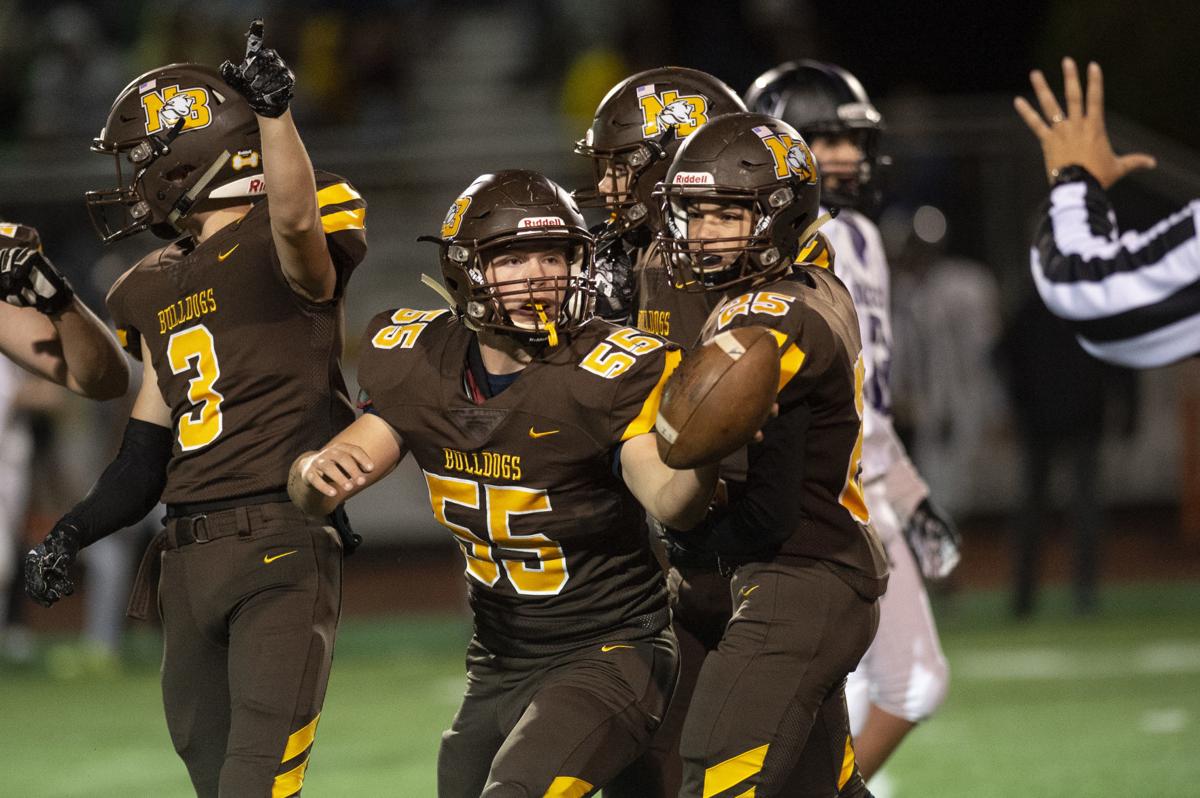 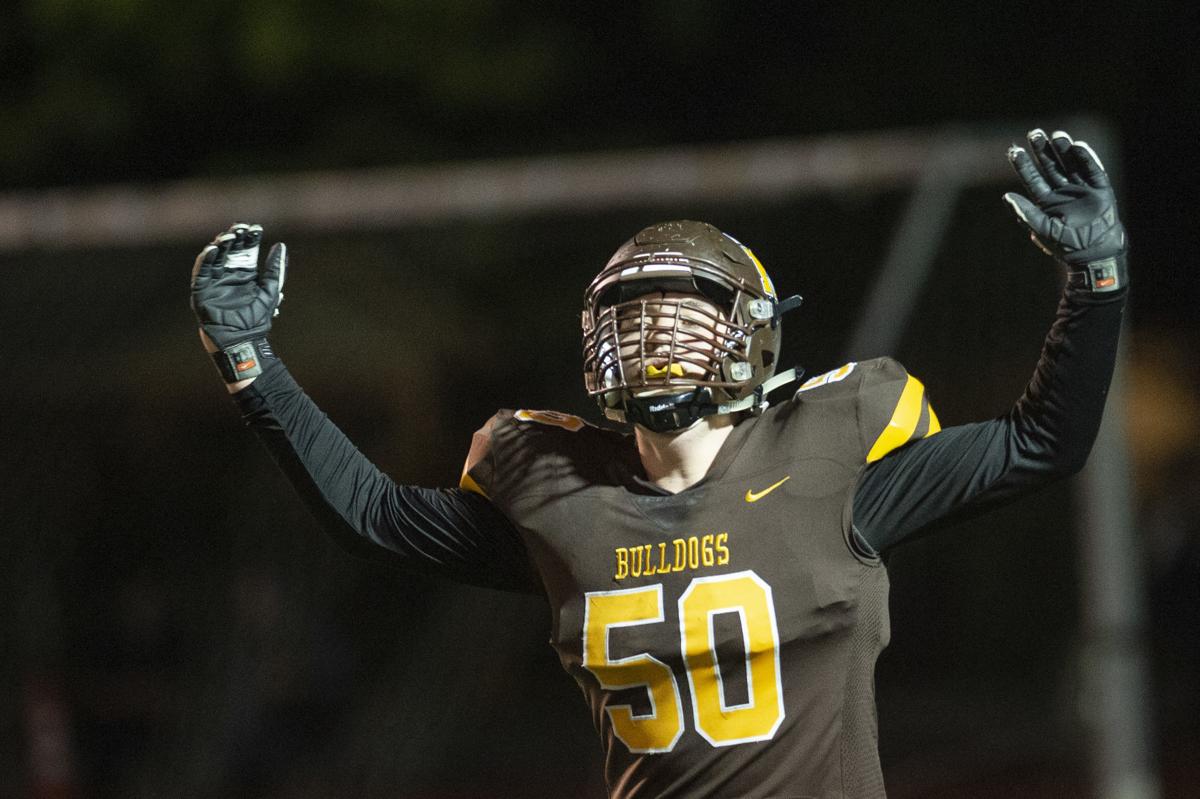 The homecoming win sets up another do-or-die game next week at Willamette in the regular-season finale. Win and the Bulldogs will be in the Class 5A playoffs. Lose and their season will be over.

“I’m proud of the kids,” North Bend coach Gary Prince said. “It was a playoff game. We’ve got another playoff game next week at Willamette.”

North Bend put itself in this position with a mistake-filled loss at Redmond last week and capitalized on Ridgeview’s mistakes when the Ravens made the same six-hour drive in the other direction Friday.

The Bulldogs scored on every possession, had a defensive score on an interception, blocked a punt and intercepted another pass to set up two more scores and out-gained the Ravens on the night 388 total yards to 29.

“I felt the kids were focused and played a lot of mistake-free football,” Prince said. “That’s where I think our kids can be.”

He said Friday’s win came after two good weeks of practice. North Bend mistakes last week including three big offensive plays by Redmond and four snaps over quarterback Ian Spalding’s head spoiled a chance of a win last week, but they had none of those mistakes Friday.

Ridgeview’s Josh Biever ran for 17 yards on the first play from scrimmage, but gained just 7 total yards on his other 16 carries, including six times being dragged down in the backfield.

It wasn’t any better for the rest of the Ravens. Quarterback Bryce Demars was sacked twice by North Bend’s pressure and completed three of his first four passes, but only one of his last six. Two screen passes went for negative yardage.

“We were ready for them running the ball and didn’t give up many yards,” North Bend’s Bridger Holmes said.

And when Ridgeview did pass, the Bulldogs were in position, including an interception by Holmes that went for a 31-yard touchdown with a few seconds left in the first quarter.

By that time, the Bulldogs already had a big lead because of the offense and special teams.

Coleman Compton returned Ridgeview’s first punt 71 yards and Divenson Willis plowed through a hole in the line for a 20-yard touchdown on the next play.

After Ridgeview went for it on fourth-and-1 on its second possession and failed, The Bulldogs had their longest drive in terms of plays — eight plays for 51 yards, the last 2 coming from Spalding on a quarterback keeper.

One play after another punt, Willis burst through a hole on the left side of the line and sprinted down the sidelines 70 yards for another touchdown. And when Ridgeview fumbled the ensuing kickoff, Anthony Derrick pounced on the ball to set up another score, on an 18-yard keeper by Spalding.

The touchdown by Holmes gave the Bulldogs a 32-0 lead, and when Liam Buskerud intercepted the next pass by Demars and had his own big return, it took just two 4-yard runs by Coleman Compton to get the Bulldogs in the end zone again.

Willis had his third touchdown in his typical bruising style, dragging tacklers the last 10 yards to the end zone on a 21-yard run midway through the second quarter.

He finished the night with 167 yards on 15 carries, but credited the line up front for much of his success.

“The line was great,” he said. “I’m hoping we carry this mentality to next week.”

Spalding had touchdown passes on each side of halftime — 20 yards to Garrison Mateski and 17 to Compton — and finished 5-for-8 passing for 90 yards.

Sidon Green, part of North Bend’s aggressive defensive front, had a touchdown run in the third quarter and Bryson Potter added one on the final play of the game to cap a drive when he rushed for 54 yards.

The game was a good warm-up for the Bulldogs ahead of next week’s huge showdown at Willamette.

“It was a great game, the way to bounce back after last week,” Holmes said.

“It feels great,” said Willis, who also was crowned homecoming king at halftime (Isabelle Peck was queen). “We know we can play at that level, especially when our life is on the line.”

North Bend now needs to beat Willamette next week to finish third in the District 2 North Division after Willamette lost to Redmond 57-27 on Friday night. As the third-place team, North Bend would have the tiebreaker over whoever finishes third in the South Division based on the Bulldogs’ higher power ranking.