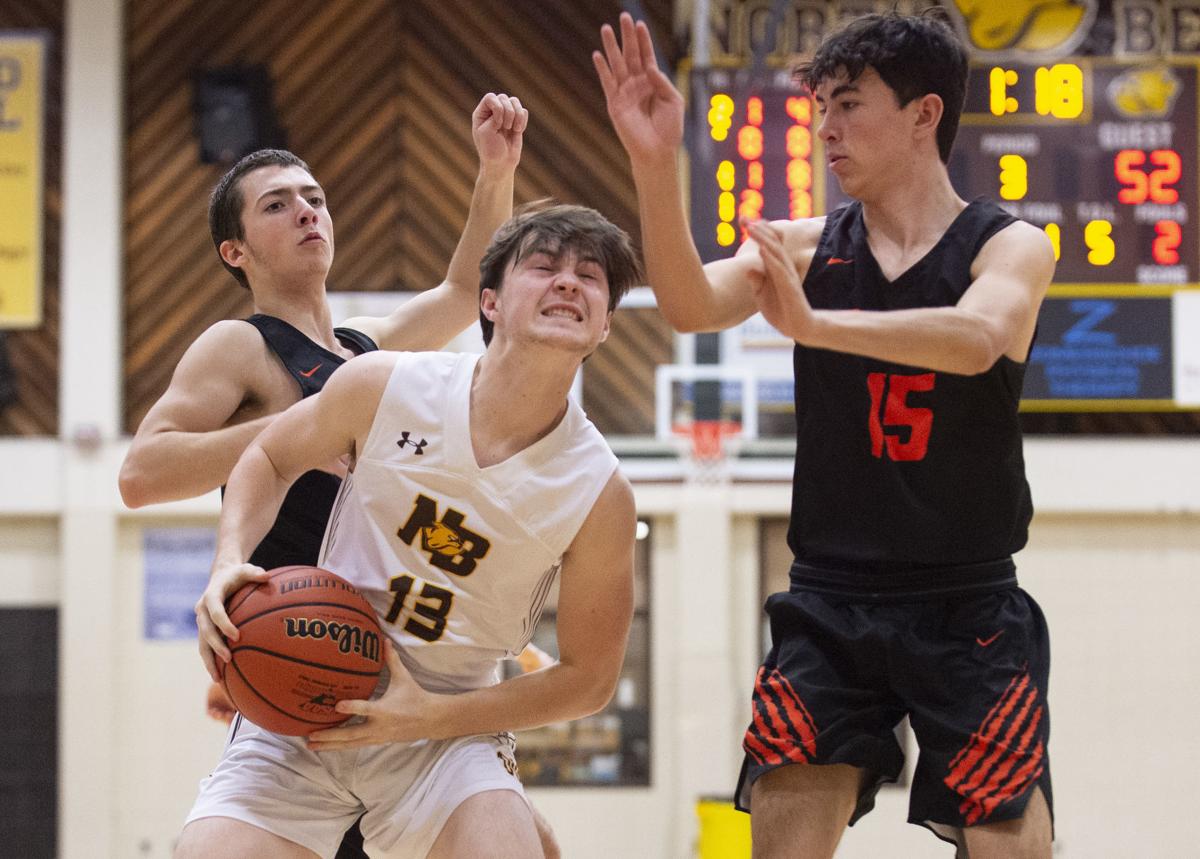 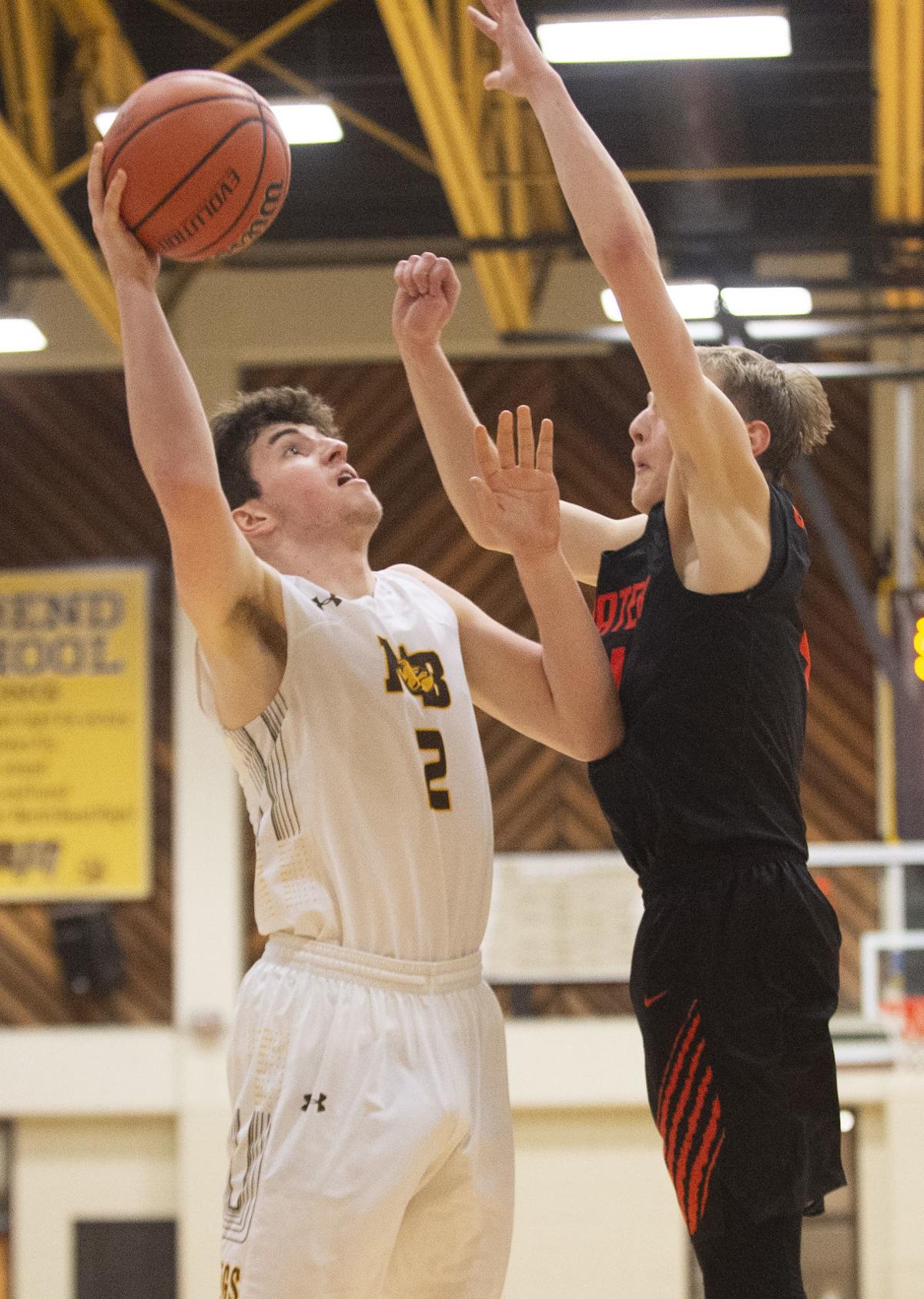 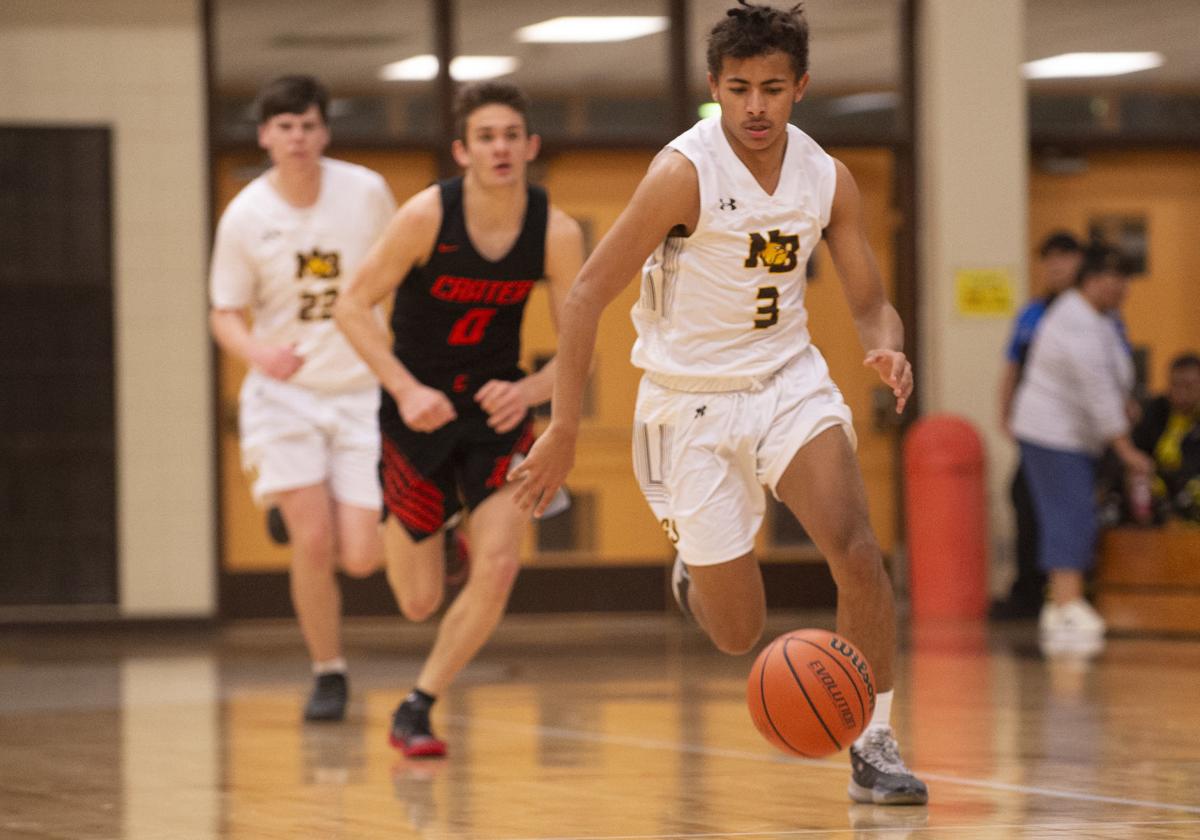 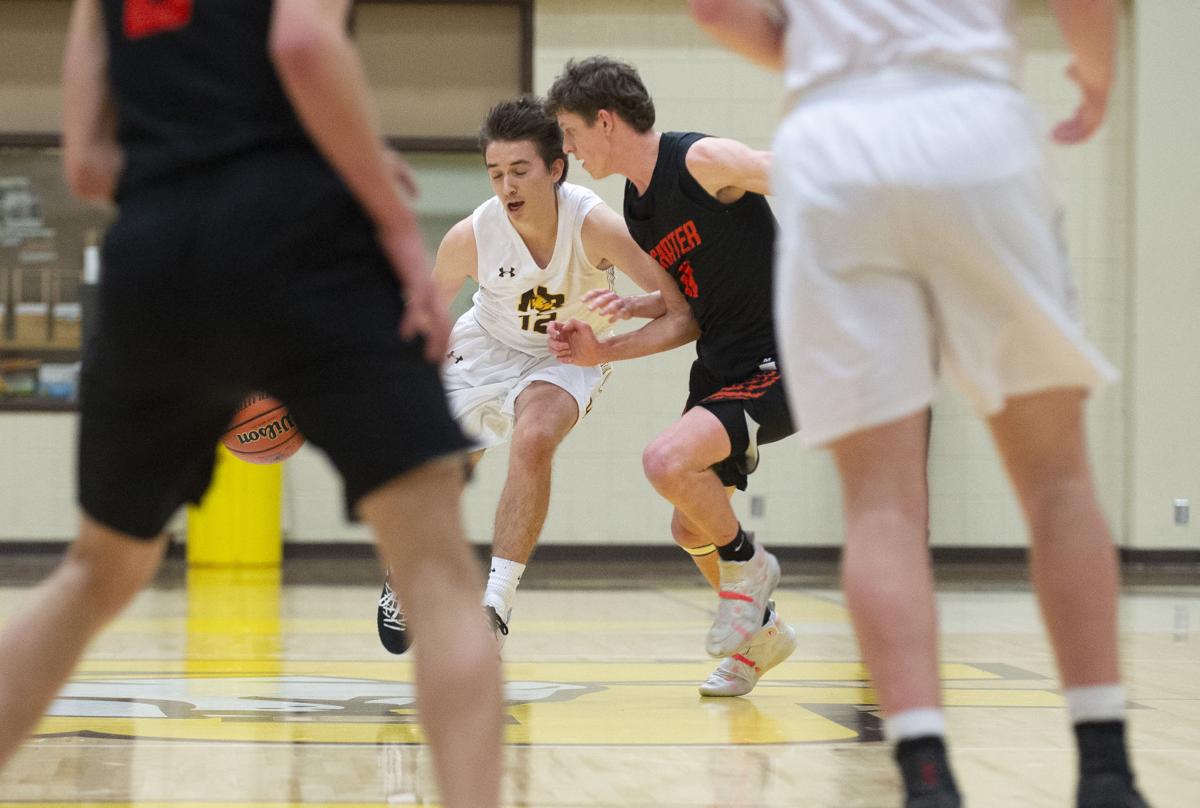 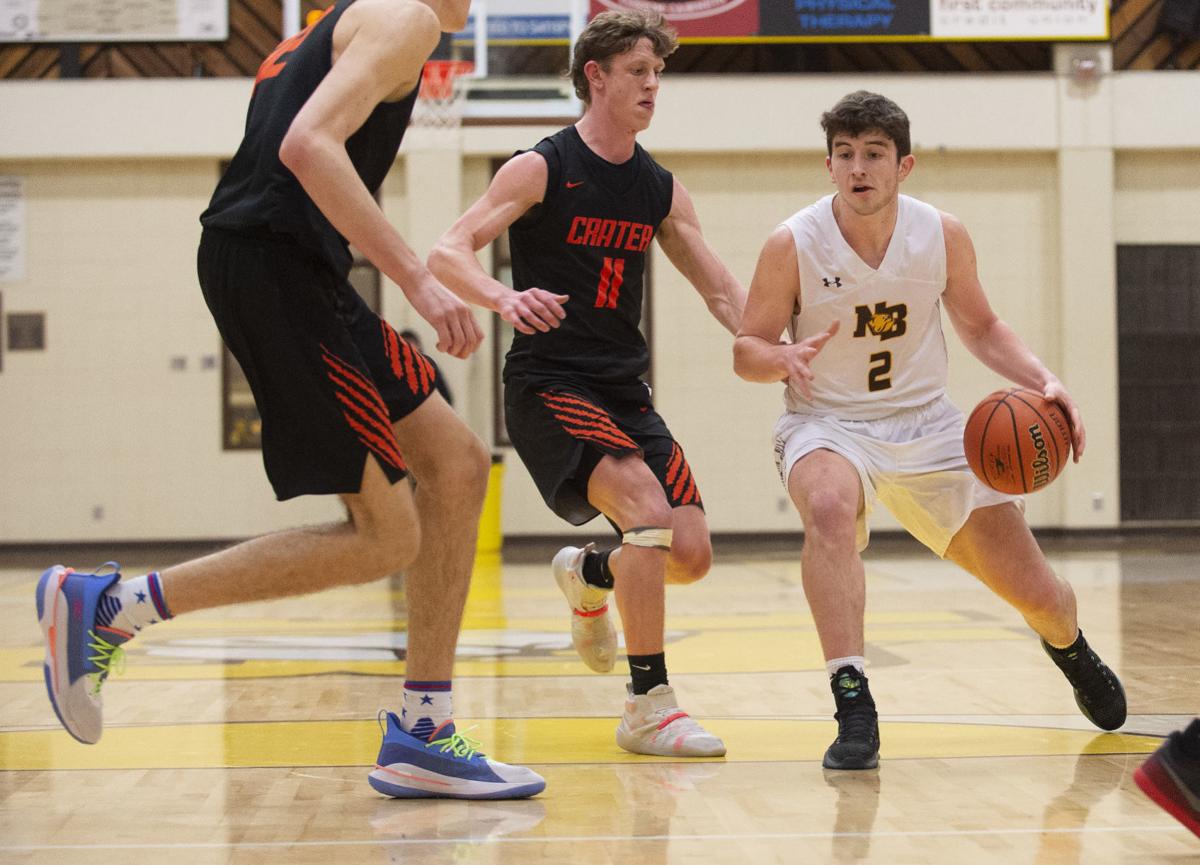 NORTH BEND — Even the tallest Bulldogs were undersized on Friday night. With three players listed at 6-foot-3 on the North Bend roster, the Bulldogs were left looking for answers — and hoping for a growth spurt — against a Crater side that is led by 6-foot-11 Nate Bittle.

“It’s just crazy because I walk around school thinking I’m tall and this guy walks out on the court and he’s 2 feet taller than me,” said Garrison Mateski, who often matched up against Bittle in North Bend’s 72-48 home loss.

Bittle, ranked by ESPN as the 11th best player in the 2021 class, finished with 31 points on 13-of-21 shooting. While the Comets would run through offensive sets, often the play ended up being to throw the ball high to Bittle on the block.

“The biggest factor was he stood under the basket and we had no way to defend that,” said North Bend head coach Bill Callaway who noted that Bittle played better when the two sides met in January — in that game he finished with 35 points.

“I mean what are we going to do? We have three guys around there and he misses and he still gets the rebound. I think he’s a five-star guy. Unfortunately, we’ll see him again next year before we see him in college.”

The No. 3 ranked Comets streaked out to a fast start making 11 of their first 12 shots, including four 3-pointers in that stretch. With still 2:30 left to play in the first period, Crater had a 22-2 lead.

Despite the early hole, North Bend started to work its way back into the game during the second quarter. Back-to-back 3-pointers from Kyle Martin got the scoring started for the Bulldogs. At the same time, the Comets cooled going 3-of-14 from the field in the quarter. North Bend outscored Crater 16-10 in the quarter.

“I definitely think we woke up. We kind of warmed up to the situation,” said Garrison Mateski.

The Bulldogs trailed 33-20 at the half and had a chance to get the game within single digits early in the third quarter. After North Bend was fouled on a shot, the Comets were charged with a technical foul that gave the Bulldogs two more free throws and the ball. Instead of cutting into the lead, North Bend scored one point, missing three of the four free throws and then committing a turnover.

The Comets then took off. With Bittle scoring 12 in the quarter, Crater went on a 21-4 run to put North Bend away for good. Crater’s Kruger Edwards finished with 12 points and Hunter Chubb had 10.

With Bittle getting the entirety of the focus when Crater had the ball, when North Bend was on offense, he made his presence felt with his 7-foot-5 wingspan. The Bulldogs rushed shots or missed shots entirely based off of Bittle’s presence in the lane.

With the loss, North Bend has now dropped 12 games in a row.

“We've been playing better but it’s a tough league. We’re right there with a couple teams below these guys. This team would be a long shot,” said Callaway. The Midwestern league has three teams — Churchill, Crater and Willamette — all ranked in the top seven in the state.

North Bend has seven games left in the regular season. Willamette comes to town on Tuesday before the Bulldogs travel to Ashland next Friday where they will stay the night and then play Eagle Point on Saturday in a game that was rescheduled.

Throughout this final stretch of the season, Callaway wants to see his team continue to play hard and have strong character.

“Sometimes in life you get bumped down, things don’t go your way and that’s kind of this season. You’ve got to keep fighting, you’ve got to keep playing. You don’t give up, keep the initiative and try to get better. See what you can work on,” he said.

“So that’s where we’re at. Just keep grinding and somewhere maybe we’ll get over that little hump there.”