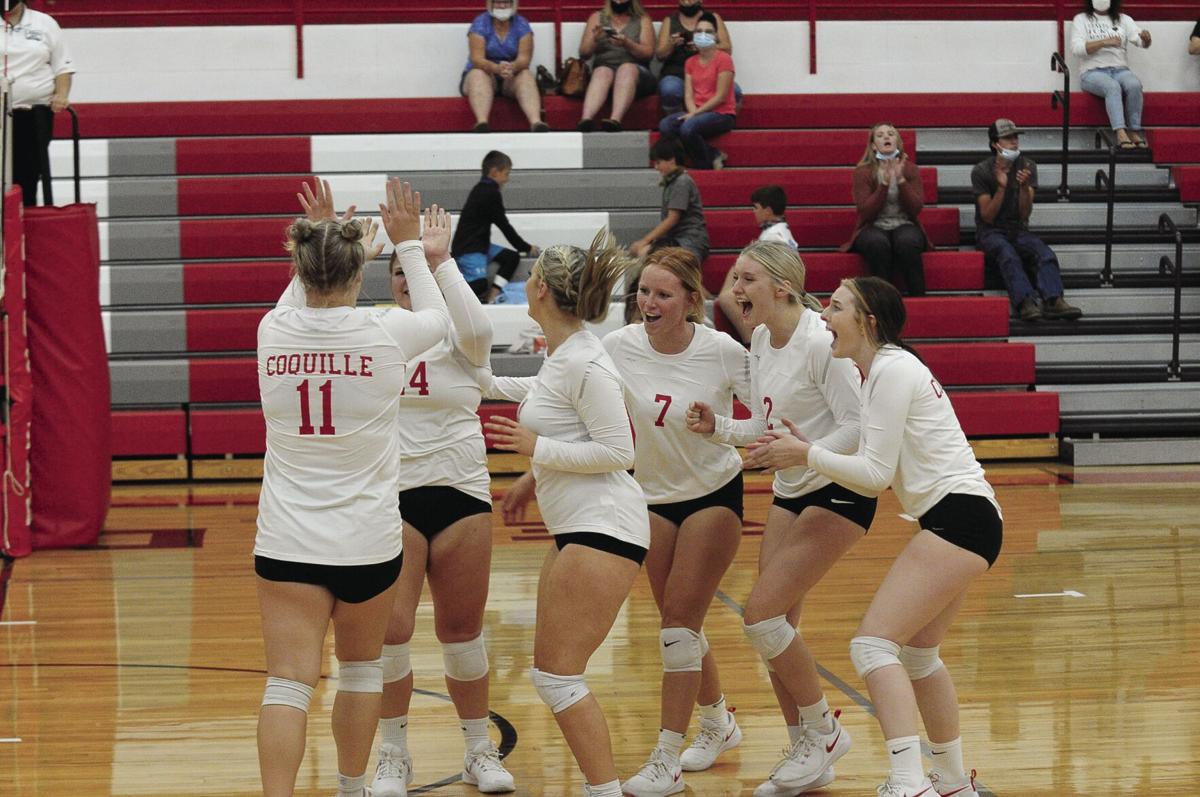 Coquille’s players celebrate a key point in the fifth set of their win over Reedsport on Tuesday. 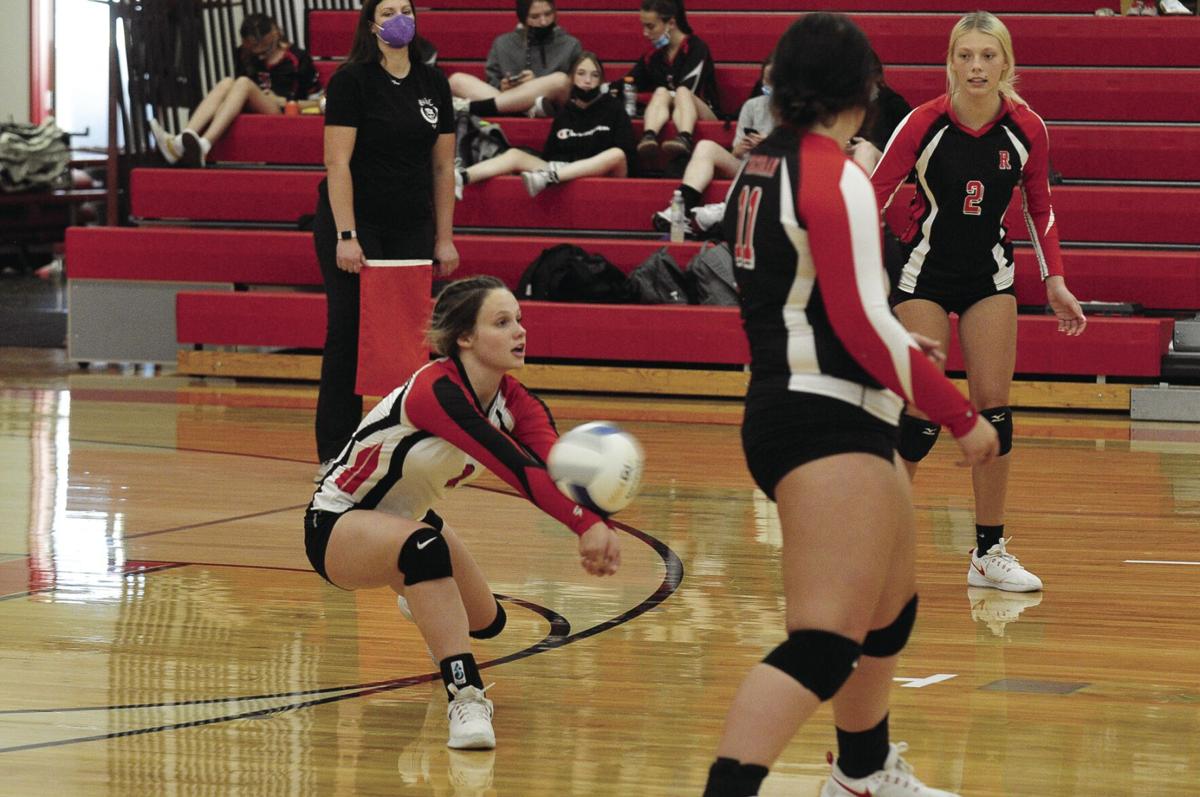 Reedsport’s Madeline Carter bumps the ball to a teammate during Tuesday’s match with Coquille.

Coquille’s players celebrate a key point in the fifth set of their win over Reedsport on Tuesday.

Reedsport’s Madeline Carter bumps the ball to a teammate during Tuesday’s match with Coquille.

COQUILLE — The school year is barely a week old, but already, nearly every team in the Sunset Conference has at least one volleyball loss.

After Coquille outlasted visiting Reedsport in five sets Tuesday night, the only team without a loss was the Red Devils, who improved to 2-0 in league play.

The win came one day after longtime Coquille coach Suzanne Grami resigned due to health concerns with the ongoing COVID-19 pandemic. Athletic director Dan Hampton filled in as acting coach Tuesday and said he hopes to have a new coach hired soon.

“Since I’ve been athletic director, we’ve had a strong tradition in volleyball,” Hampton said. “It was neat to see it from a different side (as acting coach).”

“I could tell the girls — they were excited,” Hampton said. “They were ready to play.”

Reedsport, on the other hand, wasn’t, said coach James Hixenbaugh.

“The first two sets, we weren’t event there,” he said of frequent mistakes by his team. “The third set, we started to get things together.”

Like Coquille, Reedsport has a veteran roster, one with 10 seniors.

“Playing as many seniors as we have, we shouldn’t have that many mistakes,” Hixenbaugh said.

He also gave credit to the Red Devils.

The Red Devils relied on Blanton, a junior, and senior Hailey Combie for the majority of their offense. Fellow seniors Gaby McCrorey and Riley Ashcraft provided a boost with the offense at the net, with senior setter Cheyenne Padgett getting the team into the offense. Lily Thomas, the team’s other senior is among Coquille’s back-row players.

“We have good balance,” Hampton said. “We have kids who have stepped up.”

Coquille had the momentum after the first two sets before Reedsport turned things around with tough serving and its own front-line play in the third and fourth sets.

Haylee Lent had a big night with 18 kills, three stuff blocks and five aces for the Brave, and she energized the team with a number of powerful kills over the third and fourth sets.

But Coquille took an early lead in the crucial fifth set and led 14-6 before one last charge by Reedsport that ultimately came up short.

“Sometimes losing isn’t always a bad thing,” Hixenbaugh said. “(Now they know) they can’t just show up for a league game and play like that.”

Jenna Corcoran had five kills and 15 digs for the Brave, while setter Cassy Galan had seven kills, 20 assists, seven aces and 13 digs. Libero Madeline Carter, a junior, had 17 digs.

Reedsport entered the match on a five-match win streak, and the senior-laden lineup has the squad optimistic about its potential.

“We’re excited,” Hixenbaugh said. “This was a letdown.”

Coquille, meanwhile, has its own five-match win streak and has won six of its last seven overall.

Both teams had matches scheduled for Thursday — Coquille at Gold Beach and Reedsport at home against Waldport. Results were not available by press time.