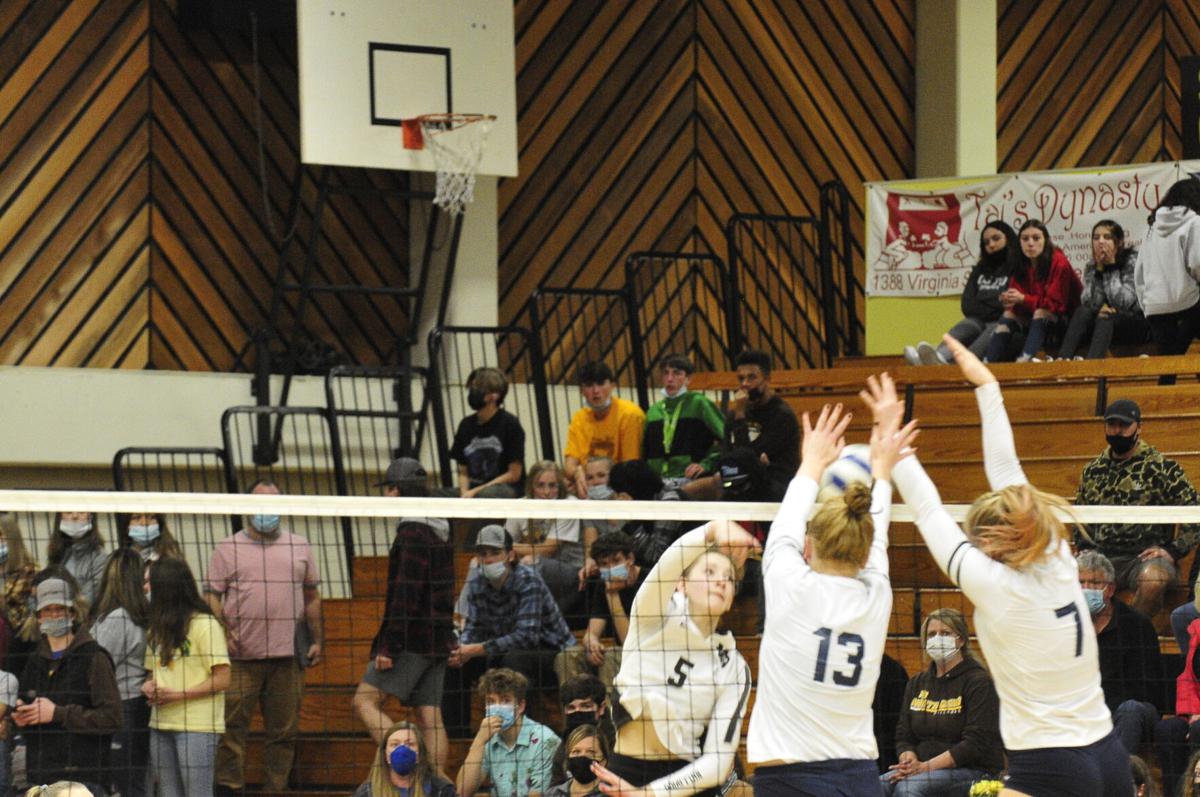 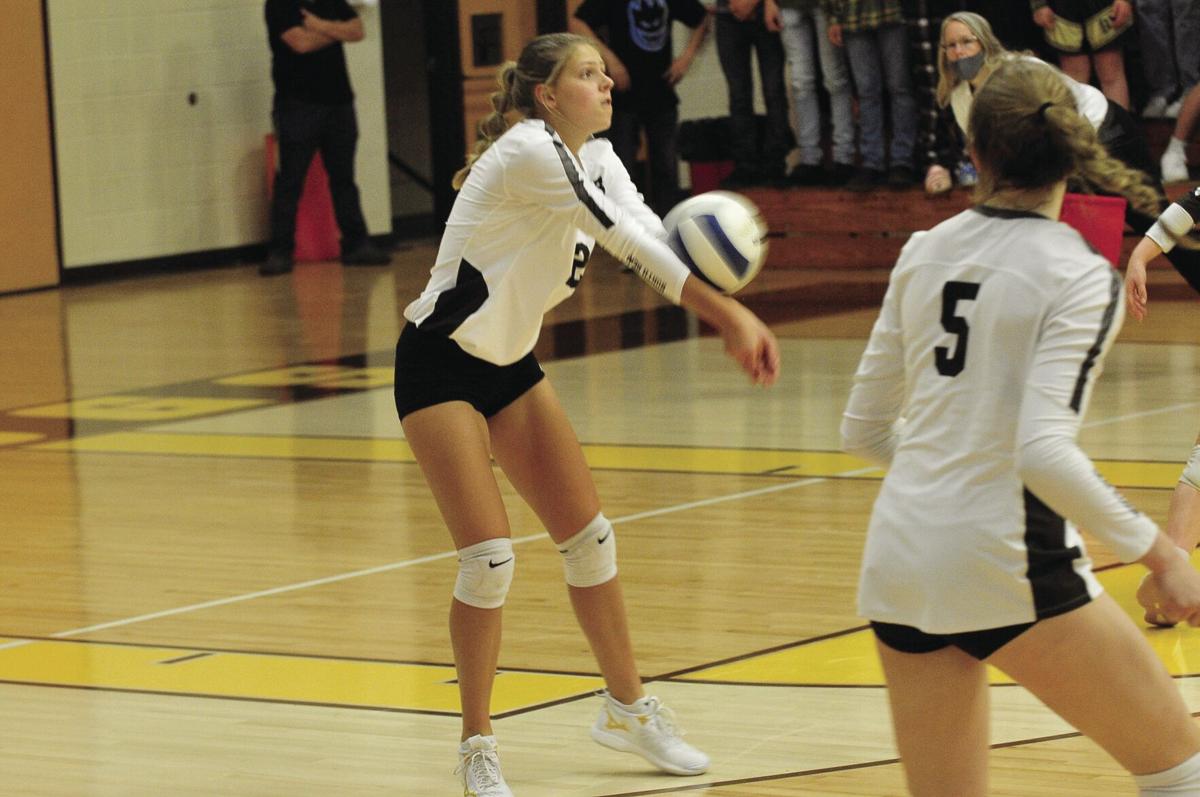 North Bend’s Emma Spalding bumps a ball to a teammate during Tuesday’s match.

North Bend’s Emma Spalding bumps a ball to a teammate during Tuesday’s match.

NORTH BEND — The North Bend volleyball team’s historic season came to an end in the Class 5A quarterfinals Tuesday when Wilsonville swept the host Bulldogs, 25-16, 25-17, 25-17.

With the win over the second-ranked Bulldogs, the Wildcats advanced to the final four at Liberty High School in Hillsboro and a date with Crescent Valley in the semifinals Friday. The Raiders beat Silverton in four sets Tuesday.

The other semifinal features top-ranked West Albany, which beat La Salle Prep in four sets, and No. 4 Ridgeview, which swept Churchill, the team North Bend shared the Midwestern League crown with.

North Bend wasn’t able to counter the power and height of Wilsonville in its quarterfinal loss.

“We just weren’t the better team tonight,” North Bend coach Summer Sawyer said. “We would have had to play a lot better to compete.”

The Bulldogs were playing from behind in every set and weren’t able to erase deficits against the Wildcats, who played mostly mistake-free.

“They are awesome,” Sawyer said.

The Bulldogs weren’t able to generate their normal offense against the Wilsonville front line, which includes a pair of middle blockers who stand 6-foot-1. North Bend’s Bridget Gould, Mya Massey and Payton Marshall had some big hits, but a number was blocked at the net.

North Bend was able to block a number of Wilsonville’s attacks, as well, but too often couldn’t keep the ball off the floor after deflecting it, while Wilsonville seemingly dug up tipped ball after tipped ball.

And when North Bend wasn’t able to get a hand on one of the hits by the Wildcats at the net, most times the ball landed in the Bulldogs’ court for a Wilsonville point. Especially those by Wilsonville senior Ashli Edmiston.

Though only 5-9, she hit the ball harder than probably any other player North Bend saw all season.

“She crushes it,” Sawyer said.

Fittingly, the match ended on a kill by Edmiston, her 17th of the night.

“I am very proud of how the team played,” Wilsonville coach Scott Thompson said in a story on the Oregon School Activities Association’s OSAAtoday platform. “The girls embraced the road trip and were very focused from the first serve to the last.”

After waving congratulations to the Wildcats, the Bulldogs recessed to the locker room for a final team meeting, where Sawyer offered a message of success in 2021.

“I just tried to tell the girls we just were not the better team tonight,” she said, adding, “I just reminded the girls of what they have accomplished.”

North Bend featured eight seniors who stuck together for four years and were rewarded with the shared league title, perhaps the first Midwestern League title in school history (the team did win a few Far West League titles, including when it won the Class 4A state title in 2006).

“I told them to be proud and celebrate what they did accomplish,” Sawyer said.

North Bend finished the season with just two losses, the other coming to Churchill in league play.

In the Class 4A quarterfinals Tuesday, Sky-Em League members Cottage Grove and Siuslaw both lost.

In the other two quarterfinal matches, second-ranked Cascade swept Sweet Home, but No. 4 Baker was swept at home by Philomath. Baker had eliminated Marshfield in a tight five-set match in the round of 16 on Saturday, while Philomath advanced to the final four as the No. 13 seed, having already won at Mazama in the round of 16 and won at Hidden Valley in the play-in round. Philomath finished fourth in the Oregon West Conference behind Sisters, Cascade and Sweet Home.

In Class 2A, the squads that eliminated Coquille and Reedsport on Saturday both lost in the quarterfinals. Union, which beat Coquille, fell at No. 3 seed Monroe in three sets while Vernonia, which eliminated Reedsport, was ousted in four sets by Grant Union. Top-ranked Salem Academy and No. 2 Gaston also advanced to the semifinals.

In Class 1A, Skyline League champion North Douglas won at No. 4 seed Joseph to reach the final four, along with No. 2 St. Paul, No. 3 Damascus Christian and No. 8 Crane, which upset top seed North Clackamas Christian in five sets.