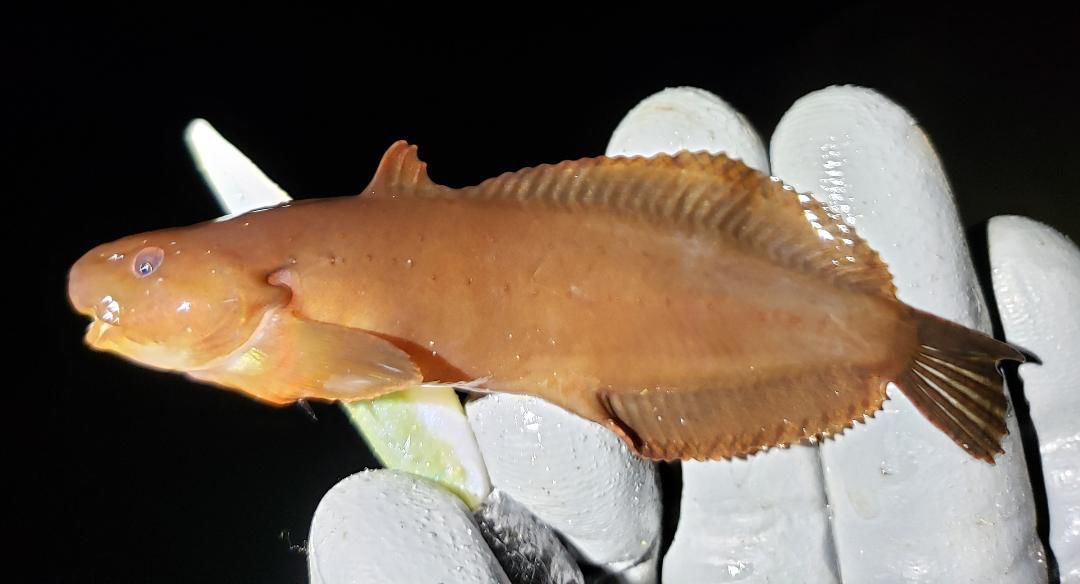 Howdy everyone! At the time of this writing it's day two of my month of December — slacking off and not working extravaganza. Mind you, like I've been saying all along if the weather is nice on weekends we WILL be open on Fridays and Saturdays (heavy on the if).

Yesterday I took the day to be by myself and went fishing and beach-combing and was rewarded with a limit of really nice rockfish, an old barnacle encrusted crab buoy, and a ton of cool pictures including a full rainbow over the beach!

Recreational crabbing is now open in the ocean and I'm looking forward to reports of buckets full of giant tasty crab. Crabbing in the bay has been slow lately buy I'm attributing this to a lot of crabbers putting a lot of pressure on the bay. In the ocean, rockfish and lingcod have been good to excellent, with a lot of twenty and thirty pound class lingcod being brought to shore. Surf-perch fishing remains good to very good with the odd day of really lousy fishing 'cause after all it IS fishing and not always catching. Fishing in the bay remains very good and on the days when the wind blows and the waves crash on the ocean it's a nice alternative.

I was out last week on one of my midnight runs to the buoys and was doing pretty well, good grade of fish, good numbers, and a few snags and lost lures to add to the mix. On one of my near lure-losing hang ups I reeled in and to my surprise I had a wee little fish of some sort on the end. It was a tiny fish with a tiny mouth and it was definitely too small to have eaten the lure. Upon closer inspection this wiggly brown eel like critter was hooked in its side and had been snagged when I was extricating my lure. This was a case of wrong place at the wrong time for this fella. I had never seen anything like this thing before and took several pictures before putting it back.

After a ton of searching on the internet I couldn't find any answers as to what this thing was so I went to the ultimate authority on all things, the Facebookers. I posted a picture of my mystery fish and in no time at all someone identified the critter. Ross Taylor of McKinleyville, Calif., was the first to crack the mystery and correctly identified my catch as a Thumbtack Snailfish. It turns out that the snailfish family is pretty interesting, in fact one of the deepest living sea animals that was discovered in 2017 is a, yep, you guessed it, a snailfish. Our particular specimen is a lot shallower living as an intertidal species which means he pretty much hangs around the areas of tidal influence in the rocks and such. The thumbtack version of the snailfish is only one of about 410 identified varieties. These little critters live from the Arctic to the Antarctic oceans and all points between! They live on small crustaceans and itty-bitty worm like creatures. There is even a species that feeds exclusively on sea-cucumbers.

Not a whole bunch is known about their life-cycle in the wild, but we do know that they are egg-layers. One of the northern most species of snailfish is even being a “mouth brooder” which means they carry and develop their eggs and young in their mouth. The life span may vary from about a year to ten years and an interesting fact is that snailfish are closely related to the sculpin family.

*Full disclosure: when I “released” my specimen it was still on the hook and it may or may not have resulted in the capture of a delicious three pound black rockfish.

Rob Gensorek is the owner of Basin Tackle www.basintackle.netin the Charleston Marina and can be reached by phone at (541) 888-FISH, by Facebook at Basin Tackle Charleston, or e-mail at basin_tackle@yahoo.com. Rob's fishing reports can be heard daily at 6:20 a.m. and 4:20 p.m. on KRSB Best Country 103 out of Roseburg and his Basin Tackle Outdoor Show can be heard Wednesdays at 3 p.m. on kwro.com. In addition to all this he sometimes actually gets out and catches a fish or two.