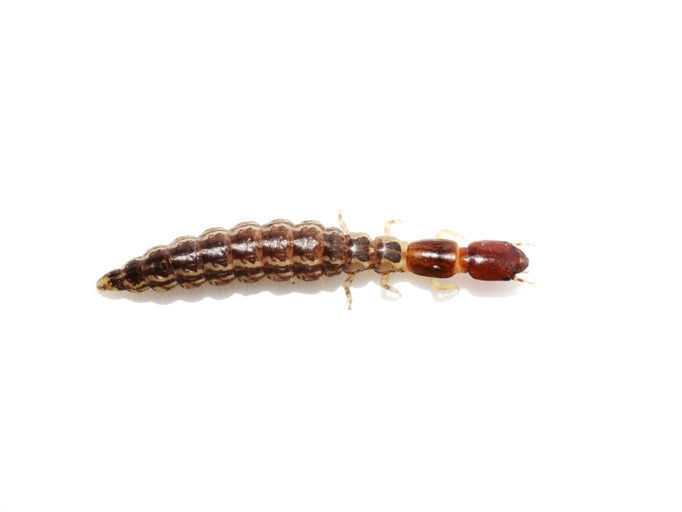 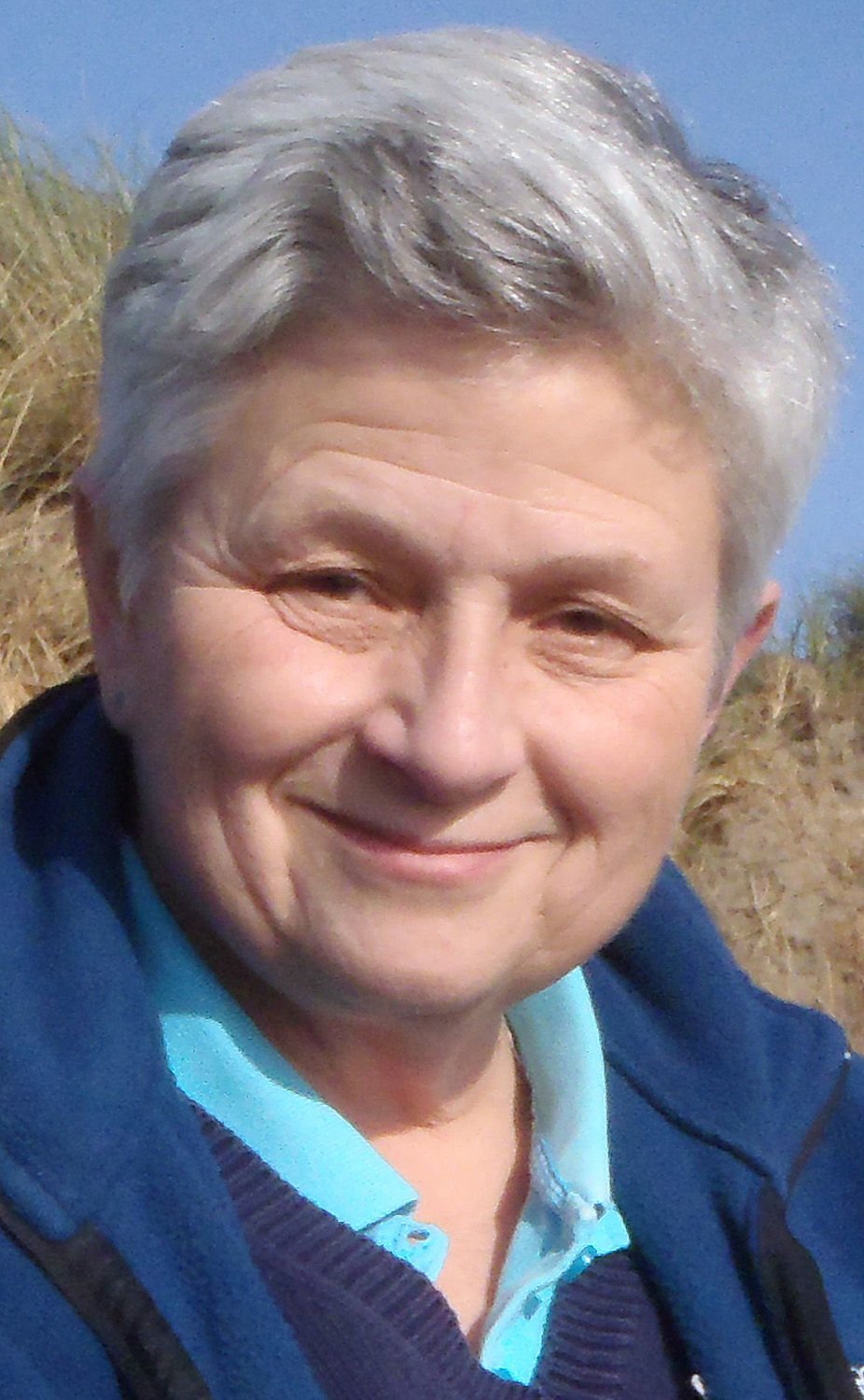 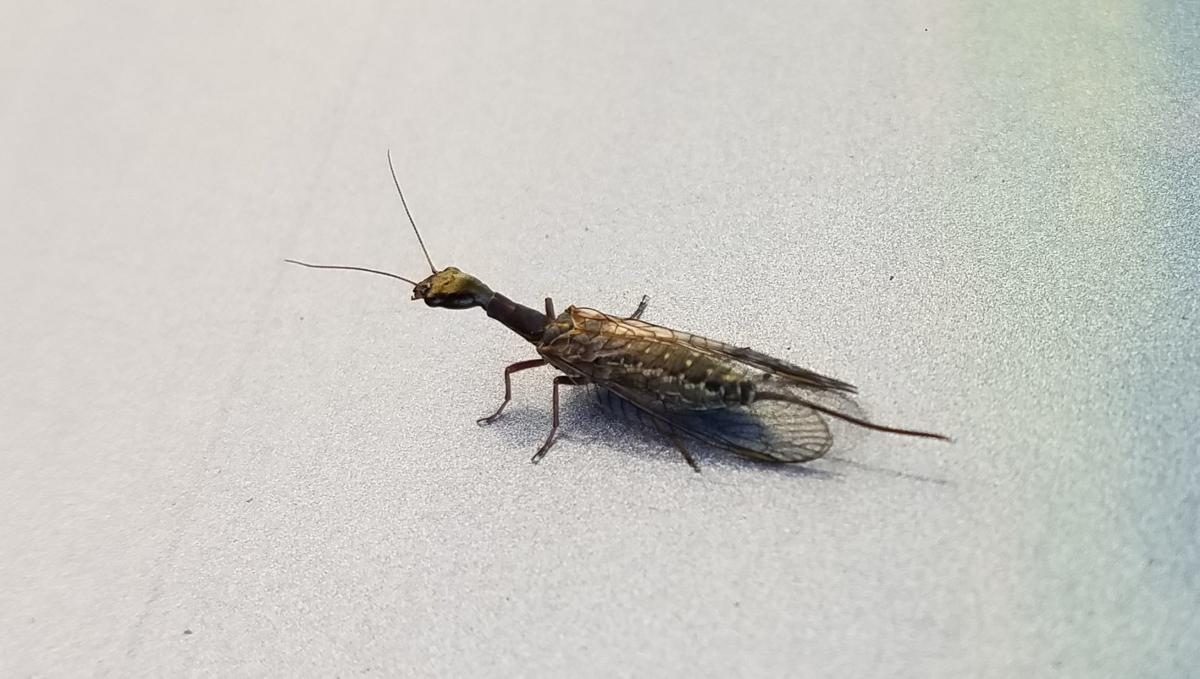 This female snakefly was found resting on the side of the Wavecrest Discoveries van in Coos Bay in early June.

“Snakeflies” do look a lot like snakes with wings and legs.

The heads of snakeflies are prominent, and the first segment after the head is elongated, giving the insect a somewhat serpentine appearance. Apparently, snakeflies can pivot the head and “neck” segments to raise and lower their heads.

With four see-through membranous wings that roof the back, snakeflies also remind some people of reptilian dragons. (Though they’re not related to dragonflies; snakeflies are related to lacewings and antlions, also respectable predators.)

The back ends of snakeflies can be eye-catching, too. The needle-like point coming off a snakefly’s back end isn’t a stinger. It’s an ovipositor, a tube for laying eggs deep in bark or soil. The presence of an ovipositor indicates that the snakefly is female.

Eating can be messy business, and snakeflies are known for cleaning and grooming themselves. Such grooming is also apparently part of the adults’ courting ritual.

Snakefly larvae look even more like snakes than the adults do. After the first several segments of head and thorax and legs, the rest of a larval snakefly looks like a string of lighter-colored, puffy beads. Like the adults, larval snakeflies are predators, though the larvae feed on eggs and larvae of other insects, as well as tiny arthropods, such as mites.

Unlike snakes, snakefly larvae have both six legs and a pair of sticky feet on the underside of their tail end. The combination allows snakefly larvae to climb almost anything and to easily move either forwards or backwards.

Also unlike snakes, a high percentage of snakefly larvae are parasitized by other insects, primarily by parasitic wasps. Usually between 5-15% of snakeflies are such victims, but rates up to 50% have been reported.

Snakeflies are larvae for at least a year, and sometimes for several years. The inch-long adults are territorial, and they don’t appear to overwinter.

Although predators, snakeflies rarely bite people and can’t sting. Beneficial to us, they help control other insects, such as aphids and small beetle grubs, that damage garden and forest vegetation that people value and appreciate. In fact, Washington State University Extension Service lists snakeflies among beneficial pest-controlling insects.

Being more beneficial than detrimental to people is something else snakeflies have in common with snakes.

And, as with snakes, summer is high time for catching a look at these interesting insects.