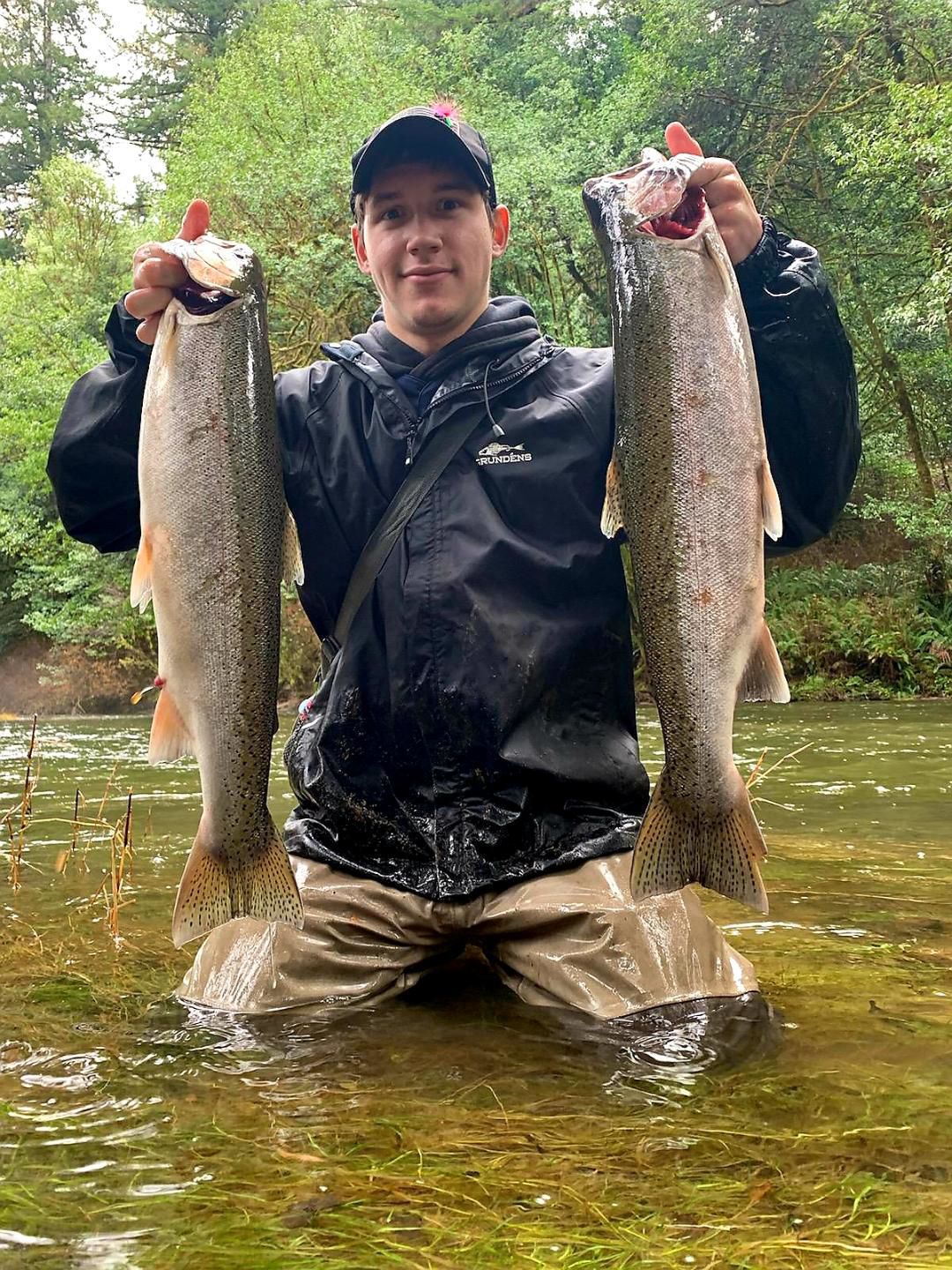 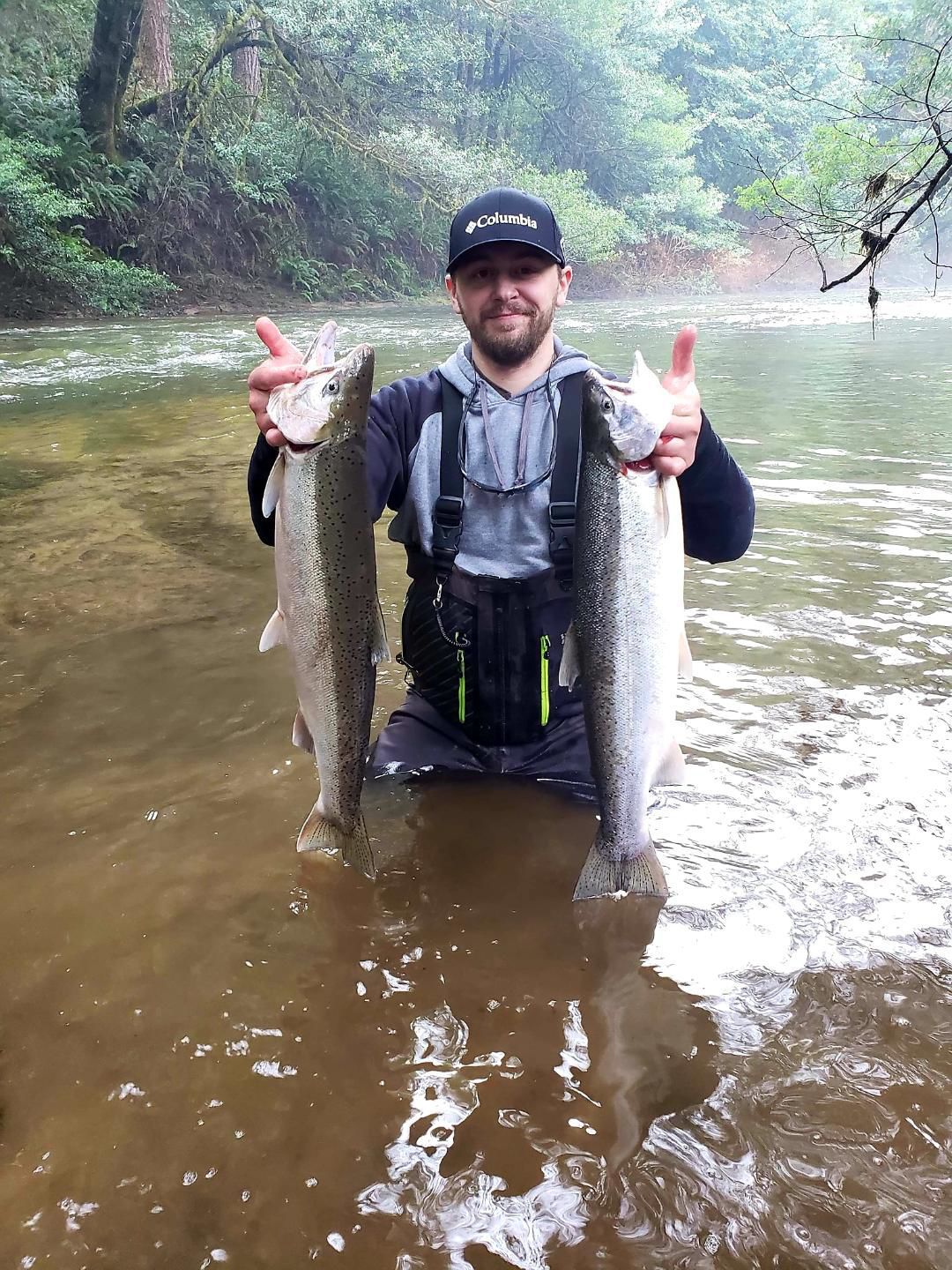 Howdy everyone! I hope y'alls week has been a good one, no, a GREAT one. We've been busy out here lately at Basin Tackle HQ and busy doesn't necessarily always mean selling stuff busy — but can and does also mean newspaper column busy, radio show busy, hanging out with people busy, sports-show prep busy, little girls busy, and so on. You get the idea.

On the fishing front the ocean remains terrible and not a place for anyone save for only the largest of commercial vessels and the stoutest of stomachs. The bays are not much more inviting with their torrents of silty fresh water and serious wind thrown into the mix. I've gotten out bay fishing a few times but I have come home with a big fat goose-egg every trip.

All the bays and docks on the coast have been pretty slow on the Dungeness front as well, there's exceptions here and there but 'tis a slow season all around. Eventually the rains will subside, the winds will abate, and I'll get back to my favorite after-work pastime and we will get back to the ocean for rockfish and crab. But, for now I sit at the kitchen table with the rains falling and the wood-stove crackling.

So that was my dilemma this evening, what do I write about? Do I force a story that will be told for generations and not do it the justice it deserves to meet a deadline? Nope.

My computer bag sat on the kitchen table, and not unlike my mind it was unopened and still. I need inspiration to write, I need my mind to feel awake and alert or I sell myself short and deliver a product that I am not completely satisfied with. Blah. Blah blah blah and so on. I've got nothing.

Well, I had nothing until a near perfectly timed phone call from Keifer Moss. Keifer was driving back from steelhead fishing this evening and his excitement was palpable as he relayed his story to me.

Last salmon season, Keifer was alone in his drift boat in Coos Bay when he spotted three young men adrift in their boat. Their engine had died and they were waving their arms to summon help and as any good sportsman should and would do Keifer went to their aid. With their boat in tow and with everyone's day of fishing now done they were safely and uneventfully towed back to the launch.

When Keifer first relayed this story to me over a year ago I remember how impressed he was with these young men. He described them as clean-cut all American kids out having good wholesome fun in Oregon's great outdoors and frankly those are the type of young men we need these days. Keifer has kept in contact with one of them and after several failed attempts since that time to get one or more of them out fishing today was the day. The best part is that it was by complete coincidence! They happened to both be at the same place at the same time and there was zero excuse to not fish, so fish they did. This young man has spent some time steelhead fishing over his short years and his success has been, well, “minimal." His grand lifetime total prior to today was three steelhead, like I said “prior” lifetime total because today he caught four!

Today Keifer did what Keifer does best and that's catch fish; what's more, he's even better at helping others catch fish. This is not even close to an exaggeration as I have personally witnessed Keifer stop fishing altogether to help out a complete stranger to make certain that they caught more than he did. This is why Keifer is part of the Basin Tackle family. By the end of the day Keifer and his young protege had hooked and landed a lot of fish and with the skills and tips that Keifer shared with him his fish catching career is just beginning.

Good job Keifer, what you did today is valuable in ways we cannot even measure. You make us proud.

Ladies and gentlemen I introduce you to Chris, steelhead slayer!

Rob Gensorek is the owner of Basin Tackle www.basintackle.netin the Charleston Marina and can be reached by phone at (541) 888-FISH, by Facebook at Basin Tackle Charleston, or e-mail at basin_tackle@yahoo.com. Robs fishing reports can be heard daily at 6:20 a.m. and 4:20 p.m. on KRSB Best Country 103 out of Roseburg and his Basin Tackle Outdoor Show can be heard Wednesdays at 3 p.m. at kwro.com. In addition to all this he sometimes actually gets out and catches a fish or two.