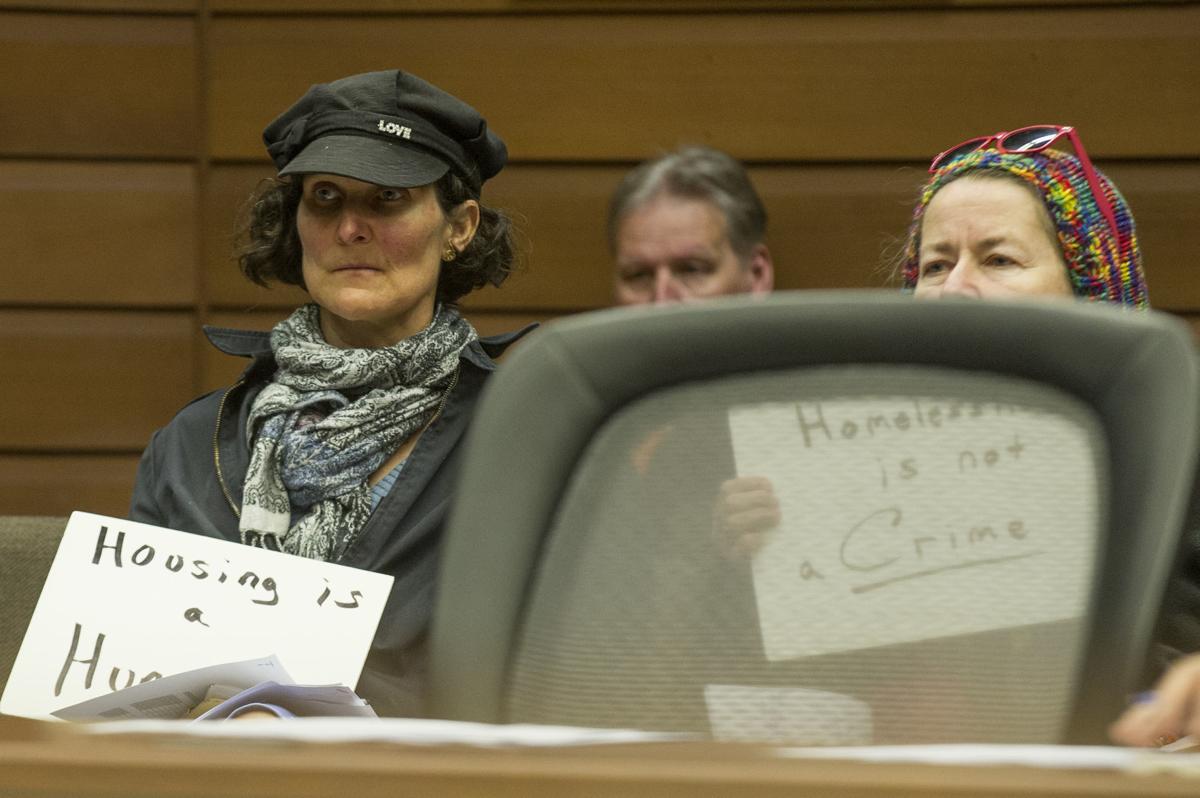 Bittin Duggan attends Coos Bay's first work group to discuss homelessness in the city on April 12. Duggan, president of the Human Rights Advocates of Coos County, joined others to lend a voice to the homeless during the meeting. 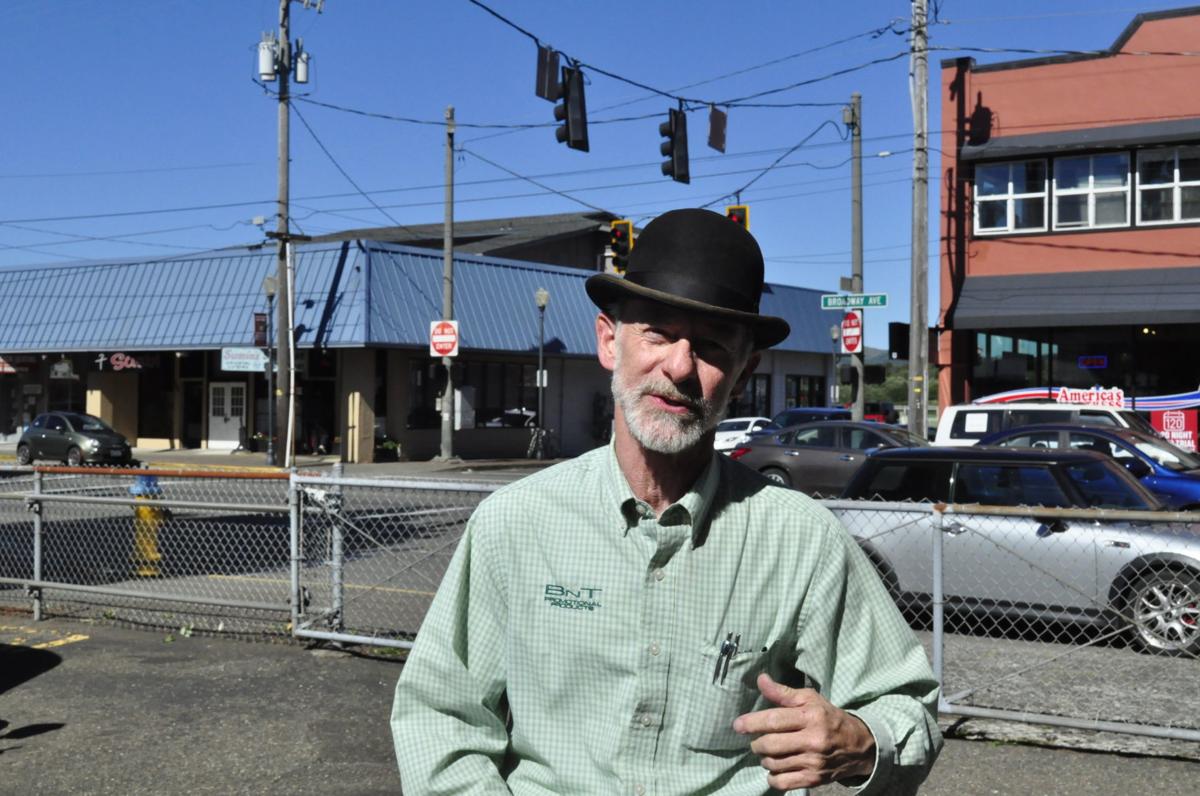 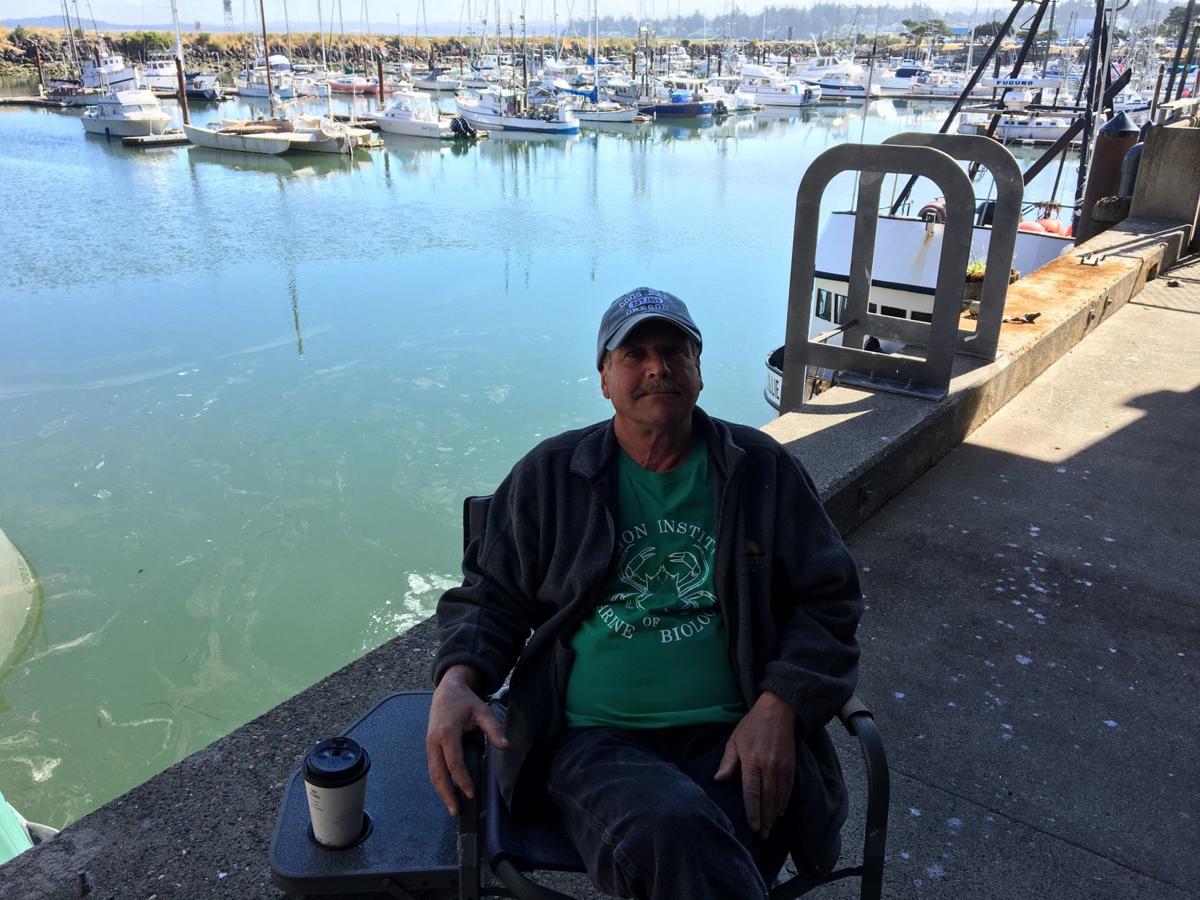 Charleston community leader Knute Nemeth sits next to the Charleston Marina at the Oregon Institute of Marine Biology.

Bittin Duggan attends Coos Bay's first work group to discuss homelessness in the city on April 12. Duggan, president of the Human Rights Advocates of Coos County, joined others to lend a voice to the homeless during the meeting.

Charleston community leader Knute Nemeth sits next to the Charleston Marina at the Oregon Institute of Marine Biology.

On the South Coast, community cultures are key, with many businesses and people building each other up to grow the area as a whole.

The men and women at the forefront of that growth are the community's leaders. Folks who help and serve the people of the area to make it a better place for everyone.

It’s not difficult to find these people as they are often friends and neighbors. While there are many leaders in the community deserving of recognition, three stand out clearly.

Community Leader and Bay Area Chamber of Commerce President Tom Burdett feels that the key to building the community is to listen to the needs of local businesses.

“We should continually understand how to re-evolve ourselves and conditionally pick ourselves up to grow bigger and better and add more value,” Burdett said.

When Burdett came back to the Bay Area in 1999 he found that not much had changed in the 13 years he had gone. Since coming back to Coos County, he has been working to help change the area wherever possible.

“It was the same old thing. Which was you’re born and raised here, then there is nothing for you here so, you take off. But it’s a consistency that they always return, because they love this area. That’s what I focus on is what can we do for those children who are born and raised here to be able to stay in our area and have a survivable income,” Burdett said.

Burdett says his focal point is to find out what the next generation needs to be successful as both individuals and members of the business community.

“I’m part of the community because I want to add value to what its needs and successful outcomes can be,” Burdett said.

Listen, understand and educate are the three principles that Burdett applies when looking at community growth.

“I took off in 1986 because my family had never lived anywhere else. I felt it was time for us to make a change, so that they could understand the differences between Coos County and a metropolitan area. We were up there for 13 years and my wife and girls said to me one day I want to go home. They had succeeded in what I wanted them to do. They listened, understood and educated themselves to the point where they realized where real home was. Now that we’re back we have to add value to the community, because if it’s that important for us to move back then we had better give to it.  What we receive from our community is one thing, but what we give back is most beneficial,” Burdett said.

Burdett’s theme for the chamber of commerce is connecting community cultures.

He argues that Bay Area Chamber of Commerce is one of the strongest chambers throughout the state of Oregon.

“People need to understand we are very heard of in the Oregon State Chamber of Commerce system because of how many members we have, what we do and how we accomplish it,” Burdett said.

Working with the chamber, Burdett has learned how the many cogs of the wheel work together through committees to acquire the direction for the community.

“What I’ve also learned is that there is a lot more structure that needs to occur. What I mean by that is it just doesn’t get done by a rubber stamp. There are steps of process and protocol that need to be followed,” Burdett said.

One thing that Burdett says he’s brought back to the chamber board of directors is Robert’s Rules of Order. Which, according to Burdett, is all about spreading workload evenly throughout the many positions of the chamber so that everyone is aware of what’s happening.

“It has to be an information cycle. It has to come through, so that everyone is more aware. The more people who are aware of a situation rather than just one person the better off we are. The more involvement we have the more engagement can occur, the more we’re going to grow,”

Local human rights advocate Bittin Duggan will tell you that she does not help her community, but rather that she serves her community.

It’s not particularly easy to define how Duggan serves the community, because there isn’t just one thing she does. However, whenever she is presented with the opportunity to assist someone she will do what she can for them.

“I would consider myself a street advocate, because if someone asks me something I’ll consider what they’re saying and I’ll do something if I can. If not I’ll direct them somewhere they can get their needs met,” Duggan said.

“We celebrate the signing of the Universal Declaration of Human Rights. This year is really exciting because it’s the 70th anniversary of the signing of declaration … Most people don’t know what the basic human rights are,” Duggan said.

Duggan was involved with starting Our Kitchen, which helped people living on the street obtain their food handlers card so that they could feed other people who were down on their luck. Unfortunately, Our Kitchen is no longer operating.

“I’ve been doing the field work for being a community health worker for the last five years. I’ve learned these skills through application, but we’re also learning a lot of new educational information and definitions,” Duggan said.

On several occasions, Duggan has been asked what she gets out of providing assistance to people on the streets, to which she replies she gets a sense of service.

“I have a lot of trust in the universe. So I trust that if someone comes across my path, and I theirs, and we have a connection then there is something to be learned from both of us. It’s part of my spiritual calling to serve and to love,” Duggan said.

Duggan is hopeful for the future of Coos County and how it handles human rights and homelessness. She says that there are two things that need to be addressed before major change in homelessness can begin.

The first is simply to provide some sort of housing, because she feels living on the streets greatly contributes to drug abuse.

“These people on the streets need to be housed before they can get clean and sober,” Duggan said.

She also feels that advocacy is the other determining factor on how are community can start to reduce homelessness. Duggan argues that a lot of the time homeless people don’t feel seen or heard by the system.

“I really want to take a stand for people who are misunderstood,” Duggan Said.

Long time fisherman Knute Nemeth understands that fishing in Charleston is not just a business, for many it is a culture, and a way of life.

Nemeth came to Charleston to be a salmon fisher in 1982, he’s since worked for Sause Brothers, and currently works with the Oregon Institute of Marine Biology.

He has been part of the Charleston Community Enhancement Corporation for the past eight years and currently serves as the group’s president. The goal of CCEC is to bring members of the community together to keep business and community moving forward.

“We’re a nonprofit, and what we do is work on things that help out the area here in Charleston. We help out with the Charleston beautification project, we provide some financial support to the Charleston food bank, and work to support Charleston’s Christmas dinner. Different things like that,” Nemeth said.

One of Nemeth’s current projects is putting up banners on the first nine light posts on Boat Basin Road heading toward Cape Arago Highway.

“We’ve got all the banners made, now it’s just matter of getting them up there. We’re trying to bring Charleston up a notch. It’s really important that we keep that fishing village, sea life, type of atmosphere,” Nemeth said.

Very near to Nemeth’s heart is the Charleston Fishing Memorial. He’s the acting president of the memorial foundation and has worked with the group for the past nine years. Nemeth says the memorial is very important to him because he has several friends he’s lost while fishing, and has even come close to death himself while fishing. He feels it’s his duty to help maintain the memorial.

For the past 14 years, Nemeth has been involved with the Oregon Coast Music Association’s Musicians' Picnic.

He serves on the board of directors for the community radio station KJAJ 98.1, which has been operating for the past 18 months.

“We’re a nonprofit community radio station. We don’t do politics or religion, but we have some good music. We’re working on getting some local music likes what’s been played down at 7 Devils. We bring on students and encourage them to talk about school. I’m open to anyone who wants to send us podcasts to like how to can fish, or how to garden. All kinds of things that are interesting, but wouldn’t usually get played on commercial radio,” Nemeth said.

So much of Charleston's economy is based on the often-volatile fishing industry, which cause the people in the area to band together. Through some of the more difficult times that fishing families out in Charleston have had to face, Nemeth is really proud of the work done by the Charleston Food Bank.

“The food bank has been really good about helping these fishing families through difficult times here… They’ll make sure that you’ll have food on the table for your family,” Nemeth said.

Nemeth is also part of an eclectic group of fishermen known as the Tuna Guys, who go to the Burning Man music festival every year. The group also participates in a handful of community events in Charleston, serving up fresh grilled albacore tuna to whoever wants it.

“Since I’ve been part of the Tuna Guys and going to Burning Man, I want to bring a little bit of Burning Man to Coos Bay… We need to work together to with each other to get things done, instead of waiting for something to happen,” Nemeth said.

Cycling grows on the South Coast

QUIZ: So you think you're a movie buff?