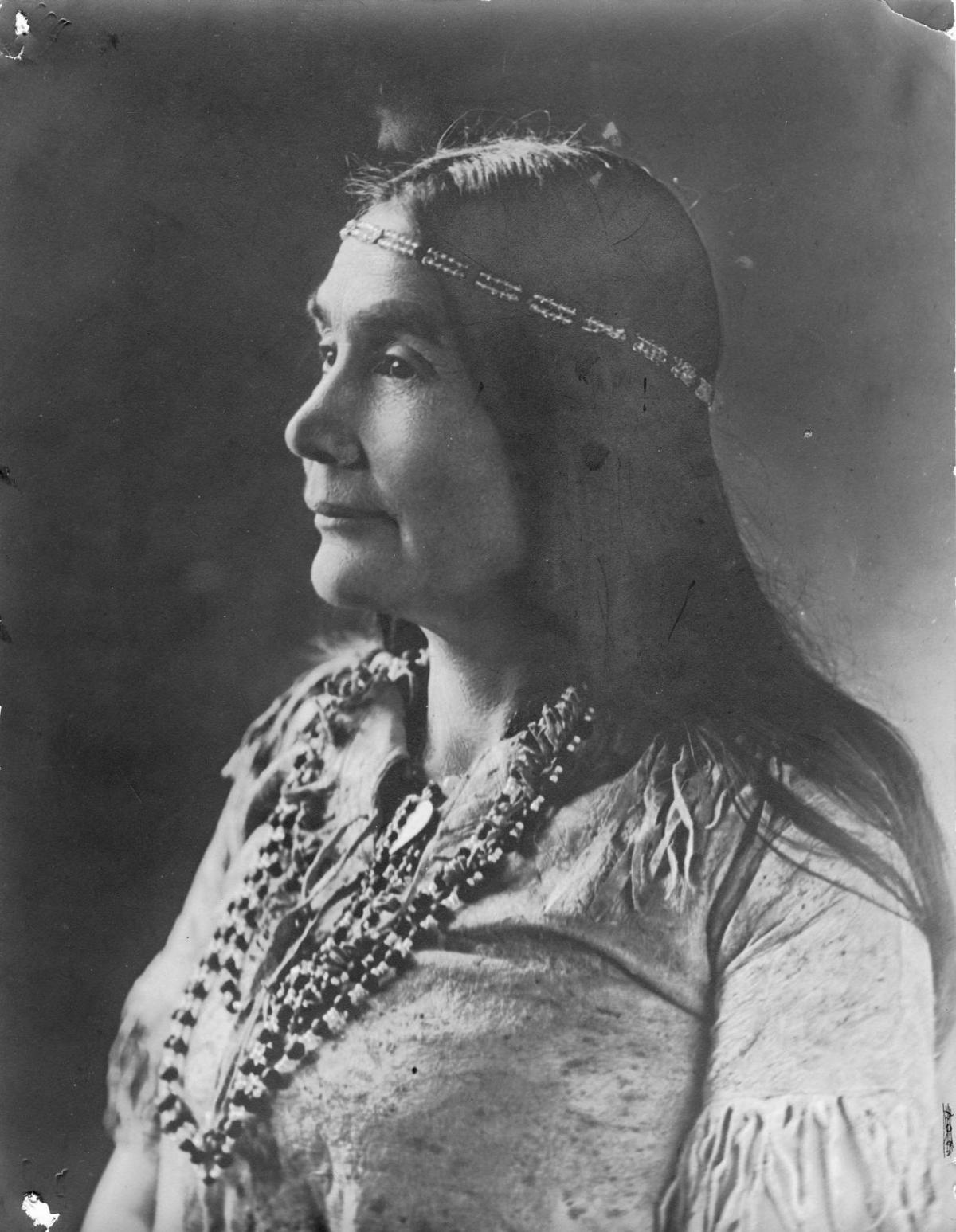 The Coos Indians were listed as “Cook-koo-oose” in a census estimate in the journals of William Clark in 1805.

The Coos Indians were listed as “Cook-koo-oose” in a census estimate in the journals of William Clark in 1805.

“They possess their present lands from time immemorial (and) are never troubled with epidemic or contagious diseases, except the small-pox which, from time to time, has found its way across the Rocky Mountains.” These words in the journals of Robert Stuart, a fur trader helping establish Fort Astoria in 1811, referred to the Clatsop and Chinook Indians at the mouth of the Columbia River.

The isolation of indigenous peoples on the Oregon Coast was both a blessing and a curse. For thousands of years, they were not exposed to diseases from Europe — epidemics so large that the period from the 6th to the 10th centuries in the “Old World” was known as the Dark Ages. Over time, Europeans generally developed natural antibodies to many diseases and often were able to recover after contracting them. Native tribes, after exposure to smallpox, measles, and other fevers for the first time, did not recover as easily.

Like today’s COVID-19 pandemic, the aged and young were the most susceptible. Contact with sick fur traders usually meant disaster for Indians. Tribal economies, culture, and government were thrown into total disarray. “The effect (of smallpox) are so calamitous as to carry off three-fourths of those who have the misfortune to be attacked,” Stuart also noted.

Some historians believe European germs reached Oregon tribes as early as 40 years after the 1490s voyages of Columbus. Certainly, by the 18th century, smallpox had arrived on the Pacific coast, probably from a sick crew member associated with the Spanish expedition of Bruno Heceta. Those explorers stopped to trade at Trinidad Bay in northern California in June, 1775, and soon smallpox was in southwest Oregon. “Old timers said that the sickness came from the south — it just came by itself,” recalled a member of the Tolowa tribe of northern California.

A second wave of smallpox hit South Coast people in 1824-25. The Hanis Coos villages on Tenmile Lake were hardest hit, wiping out their entire population. A third epidemic struck again in 1837. This time it was measles. The population of Native peoples around Coos Bay dropped from a peak of about 2000 to only 800 by the time the first permanent Euro-Americans settled here in the 1850s. Coquelle Thompson of the Coquille tribe said, “One little spot and a person would die. It was just like cutting brush … Men, women, and children — all go. No one could cure for that kind of sickness.” Patty Whereat, a Coos tribal linguist and historian, notes that Annie Miner Peterson, a Coos Indian woman, gave anthropologists in the 1930s an historic Hanis name for these diseases — qenchiiwiye. The word was akin to “visitor," meaning that it came from afar to their tribe.

Early American explorers saw signs of these epidemics. Sea captain Robert Gray explored the Oregon Coast in 1788. When Natives approached his ship, the Lady Washington, in a canoe, they brandished iron knives (a sign that they had previously obtained trade goods) and Gray noted, “Two or three of our visitors were much pitted with the small pox.” When the Corps of Discovery stayed the winter of 1805-06 at Ft. Clatsop, William Clark recorded in his journal, “The Small pox has destroyed a great number of the natives in this quarter.” Meriwether Lewis thought several hundred Natives had died just a few years before their arrival. “The late ravages of the small pox may well account for the number of remains of villages which we find deserted on the river and Sea coast,” he wrote.

Fur traders came next with their trade goods — and a disease referred to at the time as “fever and ague.” It was probably malaria. The devastation started at Hudson Bay’s Fort Vancouver in 1830, raged up the Willamette Valley, and killed thousands. Historian Robert Boyd in his book, The Coming of the Spirit of Pestilence (1999), called it “the single most important epidemiological event in the recorded history of what would eventually become the state of Oregon.” Boyd estimates that every tribe affected lost more than 80% of its population in a very short time. “Corpses, denied interment, piled up along the shores to fatten carrion eaters … Natives burned their villages attempting to destroy their contamination.” We don’t read about armed conflict between Indians and Oregon Trail pioneers who arrived in the Willamette Valley after the Oregon Territory was created in 1848. That’s because the Kalapuya, Clackamas, and Molala tribes of that region had effectively been extinguished.

Lack of antibodies was the main reason why these diseases killed so many. But another reason involved tribal customs. The concept of germs was unknown to both Natives and Whites. Usually when a tribal person took ill, family members and a shaman (medicine man) would gather around for comfort and support which only hastened the spread of viruses. If an ill person went to a sweat lodge and then plunged into a cold river or bay, a common medical practice in pre-contact days, these types of diseases only got worse. Pneumonia and death quickly ensued.

In the late 1850s, the federal government decided to round up remaining Indians in southwestern Oregon and relocate them on the new Coastal Reservation between the Siuslaw River and Tillamook Bay. It was, by then, an unpopulated place. There were almost no Yaquina natives left after the succession of epidemic diseases that had previously swept through the central Oregon coast. Indian Superintendent Jason Palmer traveled through southwestern Oregon to arrange treaties. “On my route I visited several bands of Umpqua,” he reported. “I found many of them wretched, sickly, and almost starving … Once powerful, but now few and weak.” Sub-agent Josiah Parrish took a census in 1854 of Indians on the South Coast. “They show evident marks of smallpox … also the measles,” he wrote, and added, “Both (diseases) were very destructive to them … Many of their once populous villages are now left without a representative.”

Even though the Coos, Lower Umpqua, and Siuslaw tribes had remained peaceful during the era of the Rogue River War they, too, were forced to live on the reservation. They were moved first to the Umpqua Sub-Agency on the spit at the mouth of the Umpqua River. Tuberculosis soon took its toll there. “The death of an Indian with this disease throws the whole village into a state of excitement,” said the Army physician stationed at the site. “Between the disease and the means taken to prevent it, a large number have been buried.”

The Coos were eventually moved north to Yachats but health conditions there were also poor. Patty Whereat found a Native witness in the historic record who said there were still corpses in the abandoned houses of the Alsea village of Yaxaik when the tired Coos Indians arrived. There had been no one left to bury the last ones to die. Government records show that almost half of the Coos, Siuslaw, Lower Umpqua, and Coquelle people passed away before the Coastal Reservation closed in 1875.

Annie Miner Peterson contracted smallpox on the reservation as a youth but survived and returned to Coos County after the reservation closed. Multi-lingual in her native languages of Hanis and Miluk, as well as English which she learned later in life, Annie worked with anthropologists in the 1930s to preserve and record her tribal culture. But a visit to Dr. Ennis Keizer in North Bend confirmed a dreaded diagnosis — tuberculosis. Just as the textbooks of her ethnological contributions were coming off the press, Annie died on May 9, 1939. Another of the last remaining Native speakers had passed.

Stephen Dow Beckham, The Indians of Western Oregon: This Land Was Theirs (1977)