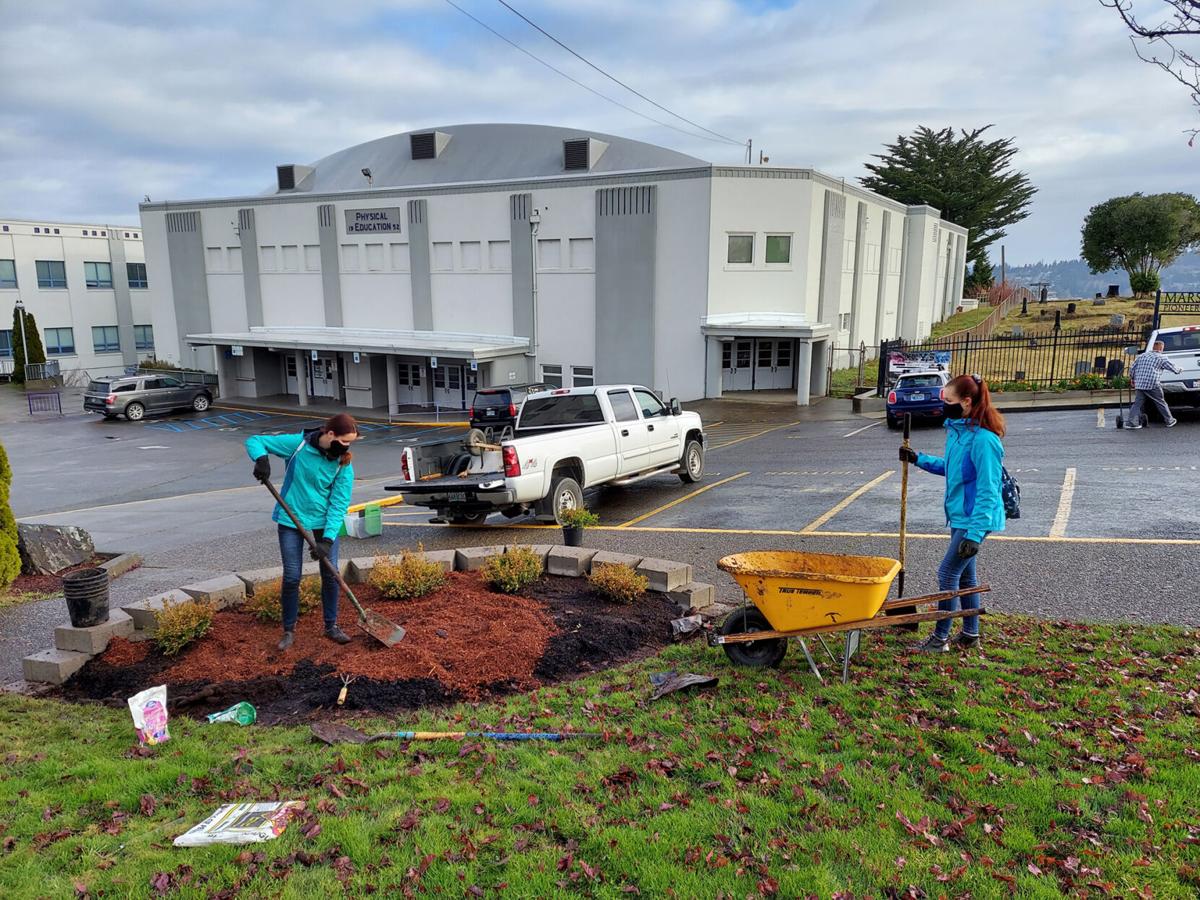 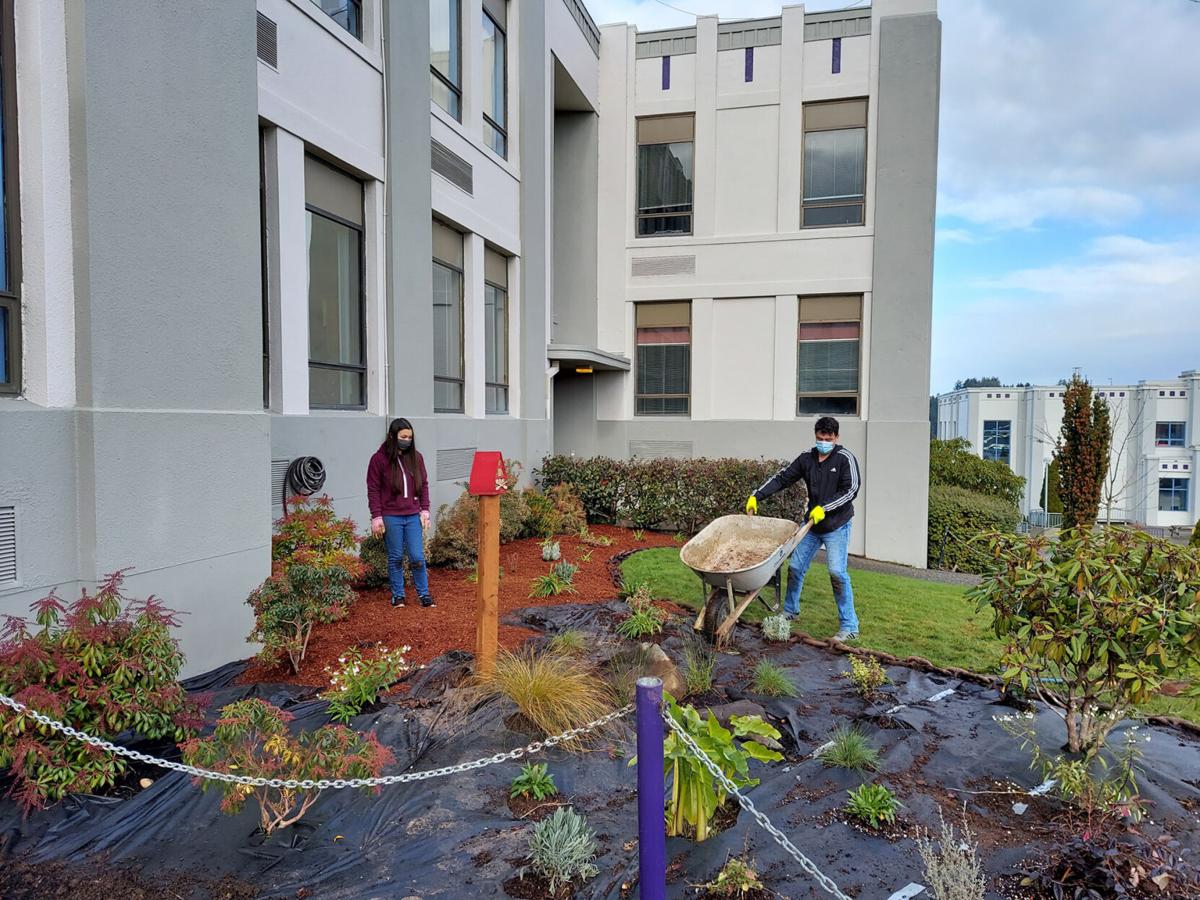 The Marshfield Key Club received a $1,000 grant over the summer to put in gardens on campus. Phase 1 can be seen outside of the main building. 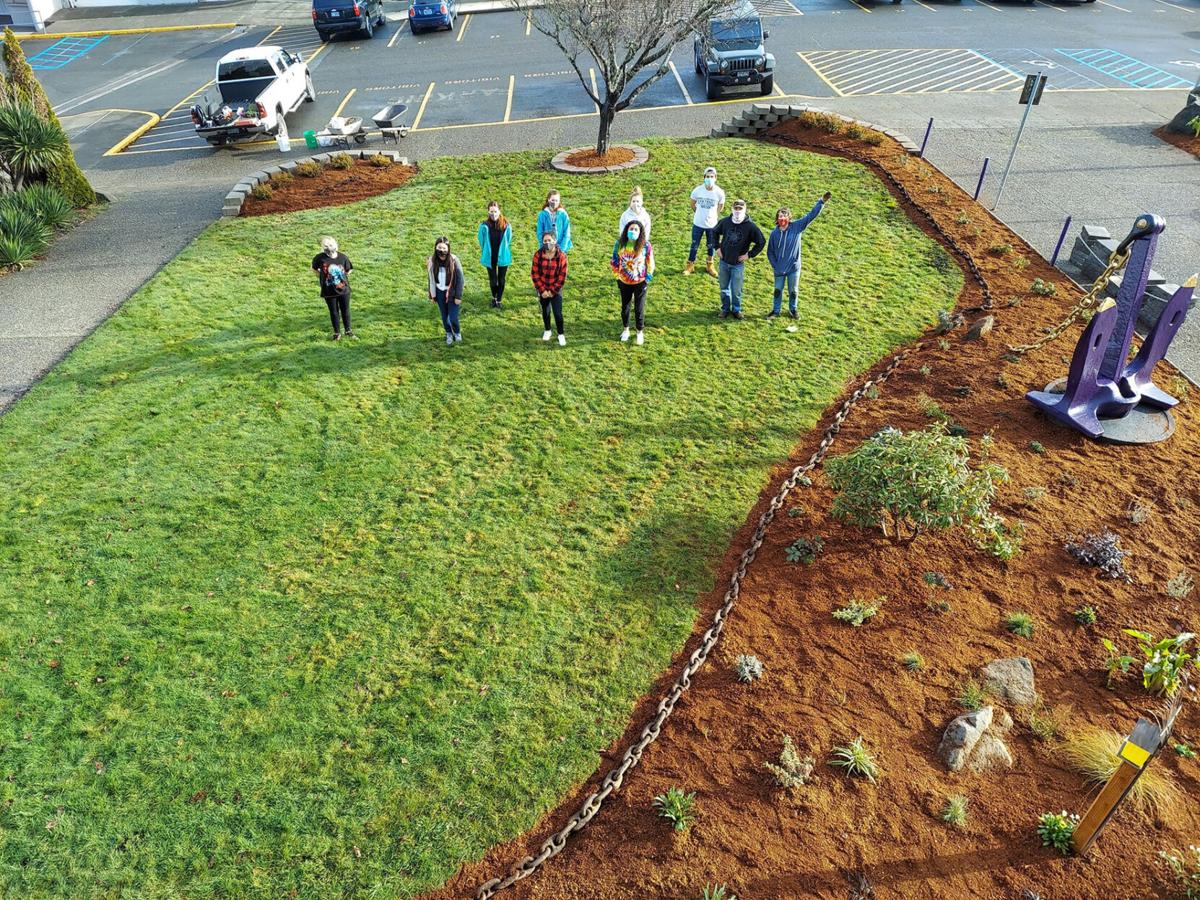 Students and staff stand by the finished Phase 1 of the new gardens at Marshfield High School.

The Marshfield Key Club received a $1,000 grant over the summer to put in gardens on campus. Phase 1 can be seen outside of the main building.

Students and staff stand by the finished Phase 1 of the new gardens at Marshfield High School.

COOS BAY ─ For the first time, Marshfield High School has a student-run garden on campus and there are plans for expansion.

Stacy Gulseth, MHS educational assistant and Marshfield Key Club advisor, described the new retaining walls and over 75 fresh-planted flowers as a “cottage garden.” Of course, when she initially heard about the grant that might make the project possible it was before the COVID-19 restrictions and during a time where she hoped the entire student body could be involved.

In January of 2020, Gulseth learned of an Oregon State University School Garden Grant. Gulseth announced it to the Marshfield Key Club, a student-run group that organizes projects within and outside the school.

“They thought about it, mulled it over and we walked around the campus,” she said.

By the next week, three students expressed interest in taking hold of the venture. From there, students drew up a picture and came up with a PowerPoint presentation with their ideas.

At first, students envisioned bringing life to the lawns outside of Marshfield High School’s main building.

“The kids used to play football on the grass and tore it terribly, so they wanted bench seating there,” Gulseth described. “They wanted to put a two-foot retaining wall all around, take out the juniper trees, and on the retaining walls have planter boxes. Then we were going to cut down the shrubs, add flowers.”

Adjacent to that would be a pollinator garden. The students also hoped to repaint the anchor in the area.

Gulseth calculated how much this version of a school garden would cost and discovered it totaled $7,000.

“…So we knew we had to fundraise,” she said, not knowing how much of the grant they might receive – if any.

Then on Friday, March 13 2020, the three students leading the project took school administrators on a tour of the area.

“And we learned hours later that the school would close due to COVID, but only for a week,” Gulseth said. And as that one-week shutdown began to stretch, she prepared the remaining grant application and had it done and turned in before the March 31 deadline.

They expected to hear whether they received it or not by the end of April, but as the pandemic continued the announcement was delayed.

“We went through the summer and it wasn’t until the end of July that I got a phone call that we received some money,” Gulseth said. “Because there weren’t fundraisers, due to COVID, their funds were short. But we still received $1,000.”

Which meant the student’s initial grand vision had to be scaled down and broken into phases. But getting started – and when – was still a bigger issue.

“School started in September, but we didn’t know what we would do,” she said. “Teachers were still learning how to do the … curriculum online.”

On Oct. 8, schools received word from the Oregon Department of Education that there could be no more than 250 students on campus per week. That meant there had to be two separate cohorts, or groups that don’t intermingle, in addition to only having 10 people per gathering. This directive included staff members as well, Gulseth said.

“We were limited,” she said. “We wanted the project to include the whole school and now….”

She reached out to her Marshfield Key Club members, but transportation was difficult for her students during the lockdown when parents were hesitant to have their children gather “even though we were social distancing and wearing masks,” she said.

Phase 1 included the retaining walls, put in by her husband Brad Gulseth. The students worked on removing roots, edging the lawn and choosing which plants would go in first.

Phase 1 also included the pollinator section, meant to attract bees and butterflies. Gulseth said a pollinator hotel and birdhouse were added “for a whimsical look.”

Gulseth anticipates more flowers will be purchased in the spring for added color.

“The kids will take care of the garden,” she said. “…Right when we finished (Phase 1), they wanted to know what they can do next. They learned so much about gardening, came in clean and left with dirt stains all over. I’m hoping that school comes back and we can maybe tackle (Phase 2), or at least a portion of it.

“At the end, I think (the students) have a new sense of pride for their school,” she said.