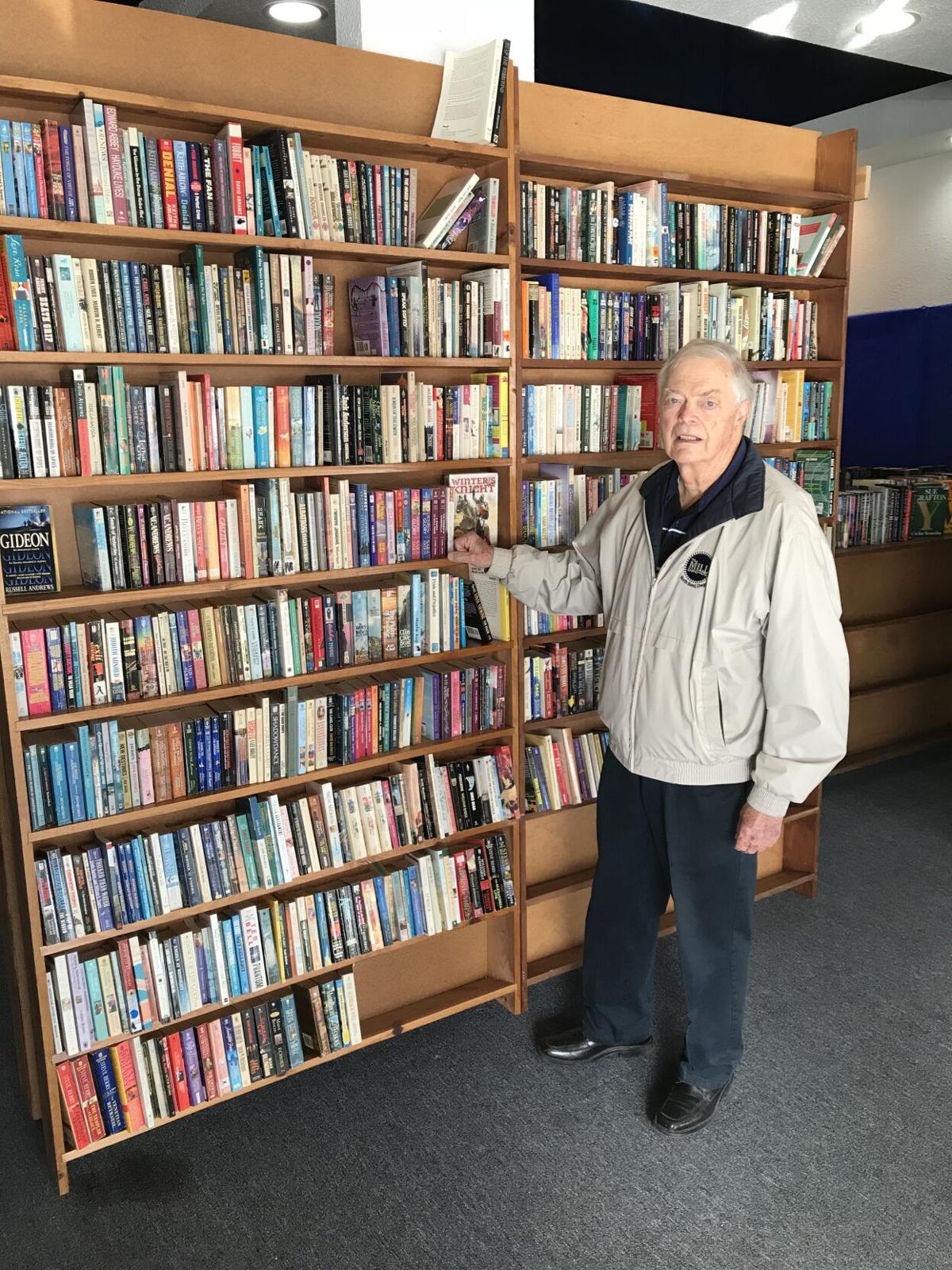 Larry Close of the Friends of the Coquille Public Library stands in front of one of the bookshelves in The Book Nook, a new store in downtown Coquille. 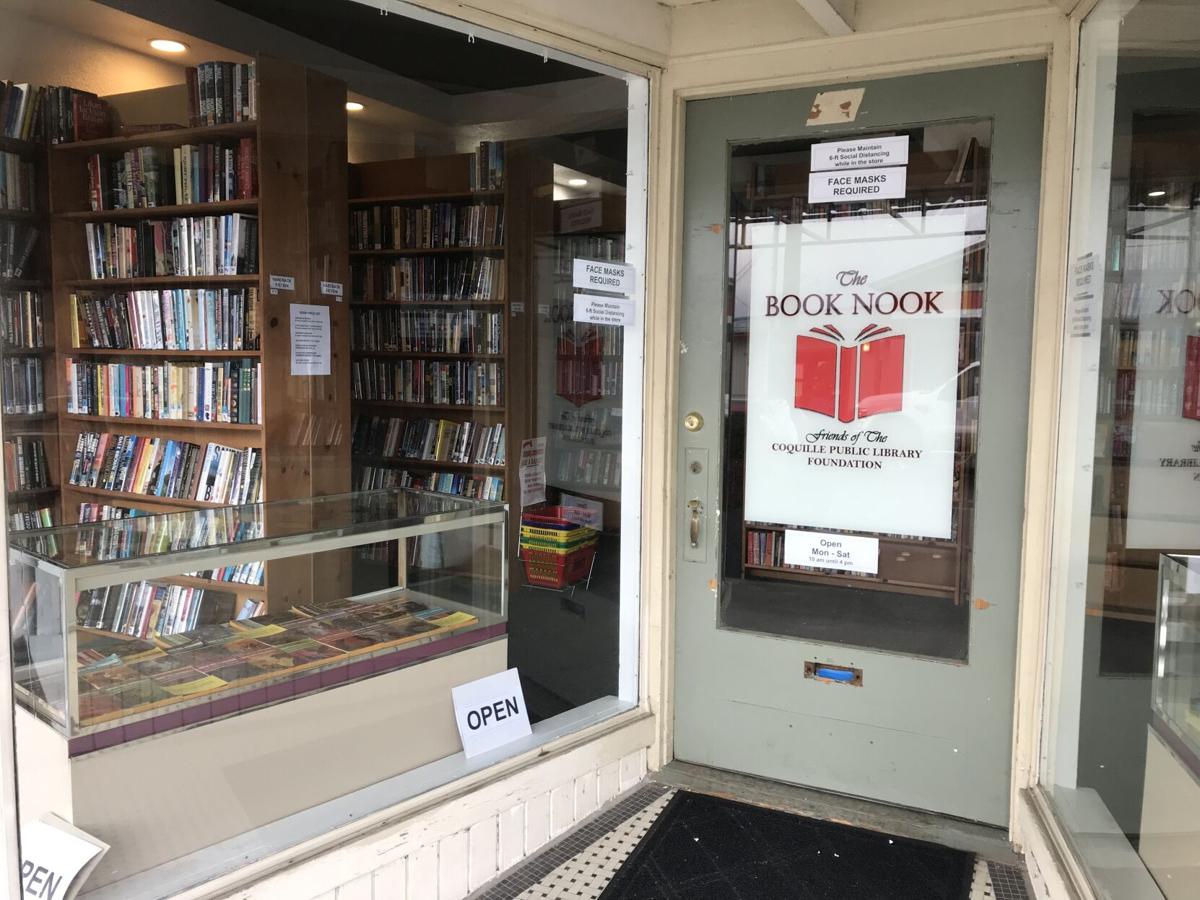 The Book Nook in downtown Coquille is open six days a week. 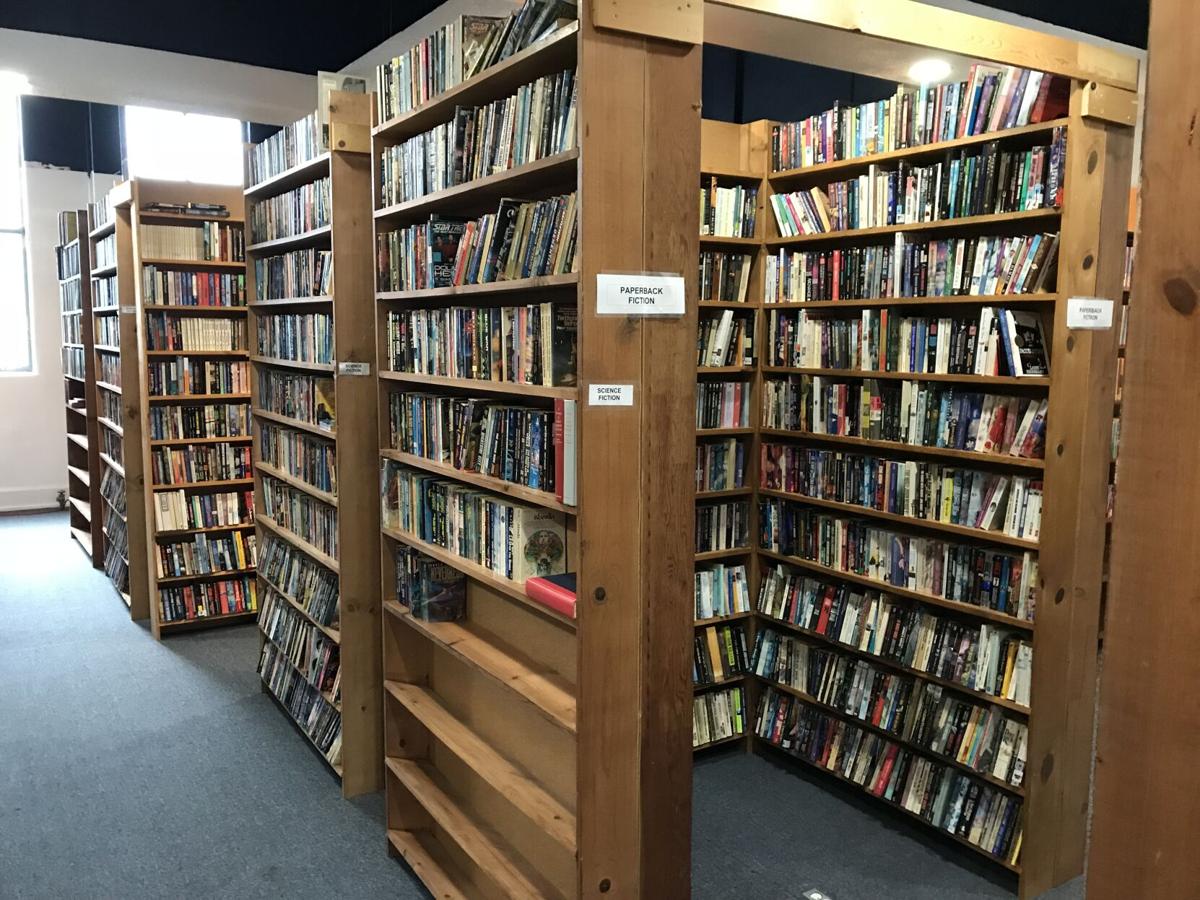 The Book Nook has shelves of books ready to be perused by shoppers.

Larry Close of the Friends of the Coquille Public Library stands in front of one of the bookshelves in The Book Nook, a new store in downtown Coquille.

The Book Nook in downtown Coquille is open six days a week.

The Book Nook has shelves of books ready to be perused by shoppers.

COQUILLE — A group of book lovers in Coquille is turning a page on supporting the city’s library.

Just last week, the Friends of the Coquille Public Library Foundation quietly opened the Book Nook, the city’s first standalone bookstore in recent memory, with the goal of slowly chipping away at plans to replace the city’s library.

The bookstore, located across the street from Uncle Randy’s Cafe in downtown Coquille, has been a hit in its first few days open, according to Larry Close, who’s helped lead the effort to open the store.

“They all seem to appreciate a store here in Coquille,” Close said.

He’s one of a handful of people helping run the store — and they’re all volunteers. Now that they’ve got the store set up and organized, they’re ready to get selling.

No one who works at the store is getting paid: The foundation is a nonprofit, specifically with a goal of helping the Coquille Public Library find a bigger space.

Library Director Anne Conner would agree with that.

“We don’t have room to do any programming in here,” Conner said. “We’re kind of stuffed in here.”

With the library’s collection and services squeezed into around 3,000 square feet, Conner’s had to get creative, adding bookshelves and holding children’s programming outside. During the pandemic, everything’s done through one window, with socially distanced drop-offs and pick-ups.

Since she came to Coquille in 2004, Conner’s made it her goal to see the city’s library move into a space fit for it. After all, she did the same for the previous library she worked at.

That turned out harder than expected: In the years since Conner came to town, there have been challenges.

“All sorts of things have gotten in the way of a new library in Coquille,” Conner said.

(The planet’s been hit by a debilitating pandemic, too.)

But Conner and other library supporters have made many steps along the way.

Over the years, they’ve brought in two different architects to consult on the project. One determined the library needed between 11,000 and 12,000 square feet of space to accomplish all its goals, and found that the current facility could only expand to around 7,000 feet by pushing out the park and other services nearby.

A second architect designed a plan for a new library, complete with community spaces, and a $2.8-2.9 million price tag.

And library leaders found a new space, too: A few years ago, using funds dedicated to library expansion the city purchased the building currently occupied by McKay’s, for which the library’s building fund is collecting rent money until there’s enough to turn the grocery store into a library. McKay's had plans to build a new store on the former Georgia-Pacific millsite in town, but has not given a timeline for moving out of the current location.

A grocery store, with an open inside fit for shelves and smaller offices and conference spaces, is “ideal” for turning into a library, Conner said. After all, that’s how she did it for her previous library in Iowa.

So, leaders have the floor plans, and they’ve got the building, eventually. Now they just need the money to gut and replace the interior. That’s where the Friends come in.

A capital fundraising campaign, including grants, will be launched in the future. For now, the bookstore and other donations and fundraisers, including selling T-shirts and book bags, are building up the funds.

“The Friends of the Library are still selling books,” Conner said.

For years, the foundation has held book sales of books leftover from the library or donated to the organization.

And at the Book Nook, aside from electricity and gas heating (the building owner is “donating” rent in-kind), the profits from each sale are going into the foundation’s building fund.

“It came together pretty quickly after two years of really searching,” Close said of the bookstore.

According to Close, the foundation had been amassing books for years, storing them in the city’s Jefferson School building and holding book sales during weekends in the summer.

But when the city announced plans to sell the Jefferson School, that collection of books was without a space to be stored.

The answer, after some searching, was a bookstore. The foundation worked with the property owner to use the storefront. Now, it’s filled with books, stacked on shelves from the now-closed Yesterday’s Books store in North Bend, which also contributed a slew of items to the Friends’ collection.

“We have a little bit of everything,” Close said.

Books range in price, but are typically for sale for one to five dollars. There are a few more expensive items too, like brand-new larger books, or a complete collection of Edward Rice Burroughs’ Tarzan books.

“Basically they were unseen for a number of years,” Close said of the Burroughs collection.

The store is open Monday through Saturday from 10 a.m. to 4 p.m. Close is optimistic a planned neighboring coffee shop will make the store a pleasant place to peruse the shelves, he said.

Conner, meanwhile, is optimistic about finally having a bookstore in town — and about the fact that it’s there to help library get a new home.

“That is still our focus,” Conner said. “We’re not throwing our hands up in despair.”