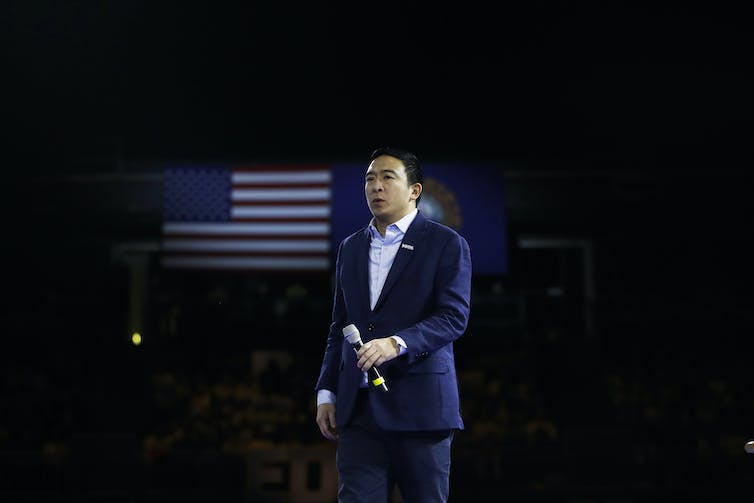 Andrew Yang and Michael Bennet have ended their campaigns for president.

What happens to the money they have raised, but not yet spent?

The amounts could be substantial. Financial reports submitted to the Federal Election Commission indicate that as of Dec. 31, 2019, candidates who had already dropped out still had plenty in the bank. Former Texas Congressman Beto O'Rourke dropped out Nov. 1, but at year’s end still had US$360,000 in the bank. Sen. Kamala Harris, who dropped out Dec. 3, reported having $1.3 million available.

Other candidates who dropped out in January had large sums on hand not long before they ended their campaigns: Julian Castro had $950,000 on Dec. 31, and dropped out two days later. Less than two weeks before they exited, Marianne Williamson had $330,000 and Sen. Cory Booker had $4.2 million.

I teach and write about campaign finance law. There is one clear rule about that money: Candidates can’t use it for personal expenses, like mortgage payments, groceries, clothing purchases or vacations. But there are a lot of other options, both within politics and outside of it.

Who's running for president? Meet the 2020 Democrats who are in (and out) of the race

The first use for money from a candidate who has just quit the campaign is generally to pay the cost of winding things up. Just because someone announces they’re out, their expenses don’t stop right away. They may still owe rent on office space, as well as fees for services like polling and transportation and for staff salaries.

Some campaigns max out their credit cards, or take out loans to fill their accounts, and those still need to be repaid.

Candidates whose campaigns have ended but who are still handling outstanding expenses need to keep filing campaign finance reports with the FEC. Once those expenses are paid, there may not be much left. 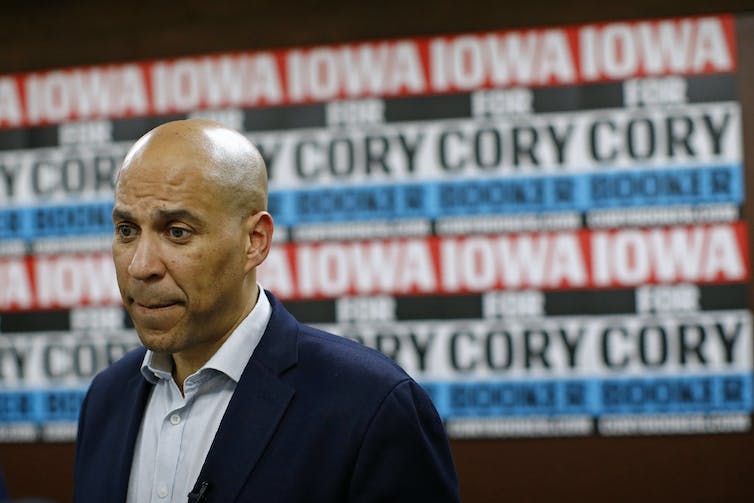 Cory Booker can use money left over from his presidential campaign to run for reelection to the Senate. AP Photo/Patrick Semansky

Saving for the future

If there’s anything left over after all the bills are paid, the candidate has a few options.

For some politicians, the most likely use is to help pay for their next campaign. Booker, for instance, is up for reelection to his Senate seat. Once his presidential campaign has paid off any debts it may owe, he can transfer the remaining money to his senatorial reelection campaign fund.

If he, or any other candidate, wants to run for president again in the future, it’s easy enough to transfer the funds to a committee for the 2024 campaign season.

A former candidate can also use any excess funds to create a so-called “leadership PAC,” which is a political committee that can be controlled by the former candidate but is not used to support that person’s campaigns. Instead, it backs a political agenda – including other candidates – the candidate supports. Leadership PACs have been criticized for functioning as “slush funds” for politicians to spend on travel and entertainment they can’t buy with regular campaign donations.

Instead of using the money for the candidate’s own political purposes, people who drop out can donate their money to other campaigns or candidates. There are no limits on how much they can give to a national, state or local party committee – such as the Democratic National Committee.

They can also give money to state and local candidates, depending on state campaign finance laws, or up to $2,000 to each of one or more candidates for federal office.

A former candidate can also donate surplus funds to charity. This seems most likely to occur when a candidate is retiring from public life. For instance, former Sen. Joseph Lieberman transferred funds from his Senate campaign fund and his leadership PAC to a college scholarship fund for high school students from his state, Connecticut. He used other leftover campaign money to organize his political and campaign papers to donate to the Library of Congress.

A former candidate with excess funds has two more possibilities. She can do nothing at all and just keep the cash in the bank. In 2014, an analysis found ex-candidates, Republicans and Democrats alike, had as much as $100 million in unused campaign funds just waiting for account holders to decide what to do.

If the person really doesn’t want all that cash on hand, the law is vague on what’s next – it can be used “for any other lawful purpose,” besides personal use. For example, former Democratic Congressman Marty Meehan of Massachusetts helped fund a document archive for his former colleague, Barney Frank.

You’re smart and curious about the world. So are The Conversation’s authors and editors. You can get our highlights each weekend.

This article is republished from The Conversation under a Creative Commons license. Read the original article.