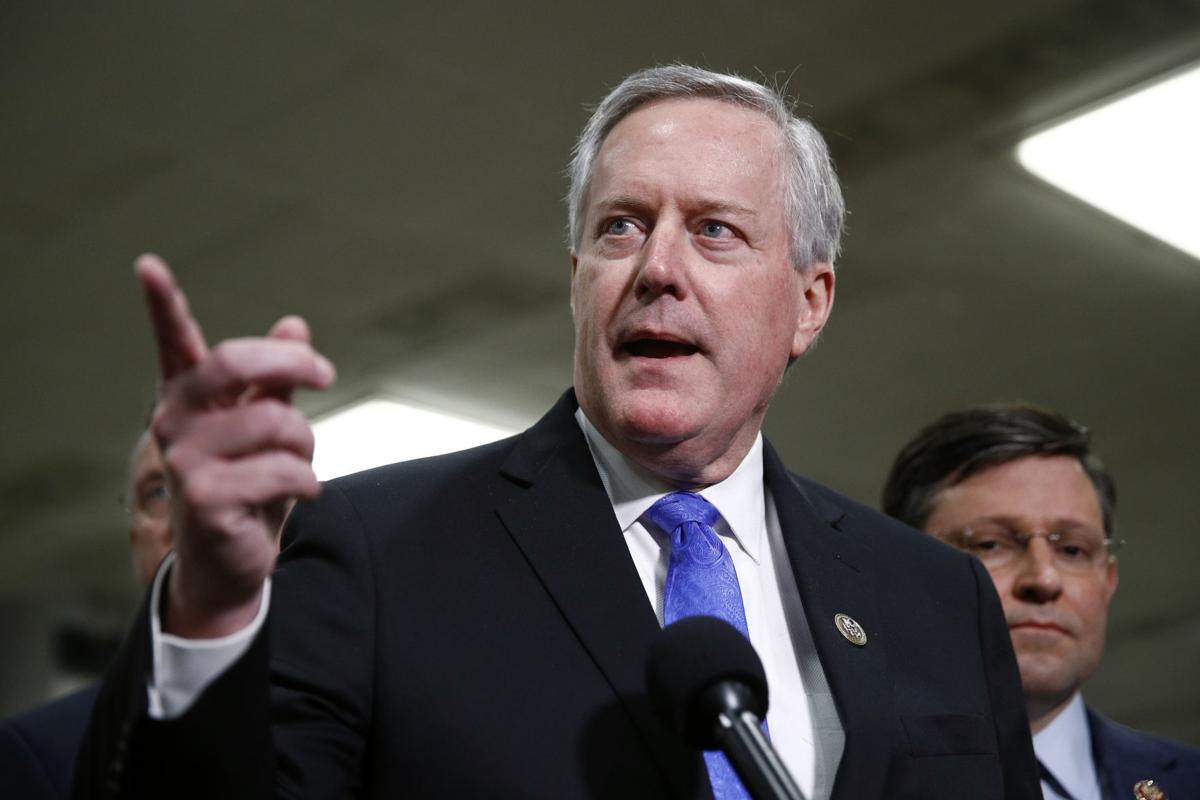 FILE - In this Jan. 29, 2020, file photo, Rep. Mark Meadows, R-N.C., speaks with reporters during the impeachment trial of President Donald Trump on charges of abuse of power and obstruction of Congress on Capitol Hill in Washington. President Donald Trump has named Meadows as his chief of staff, replacing Mick Mulvaney, who had been acting in the role. (AP Photo/Patrick Semansky, File) 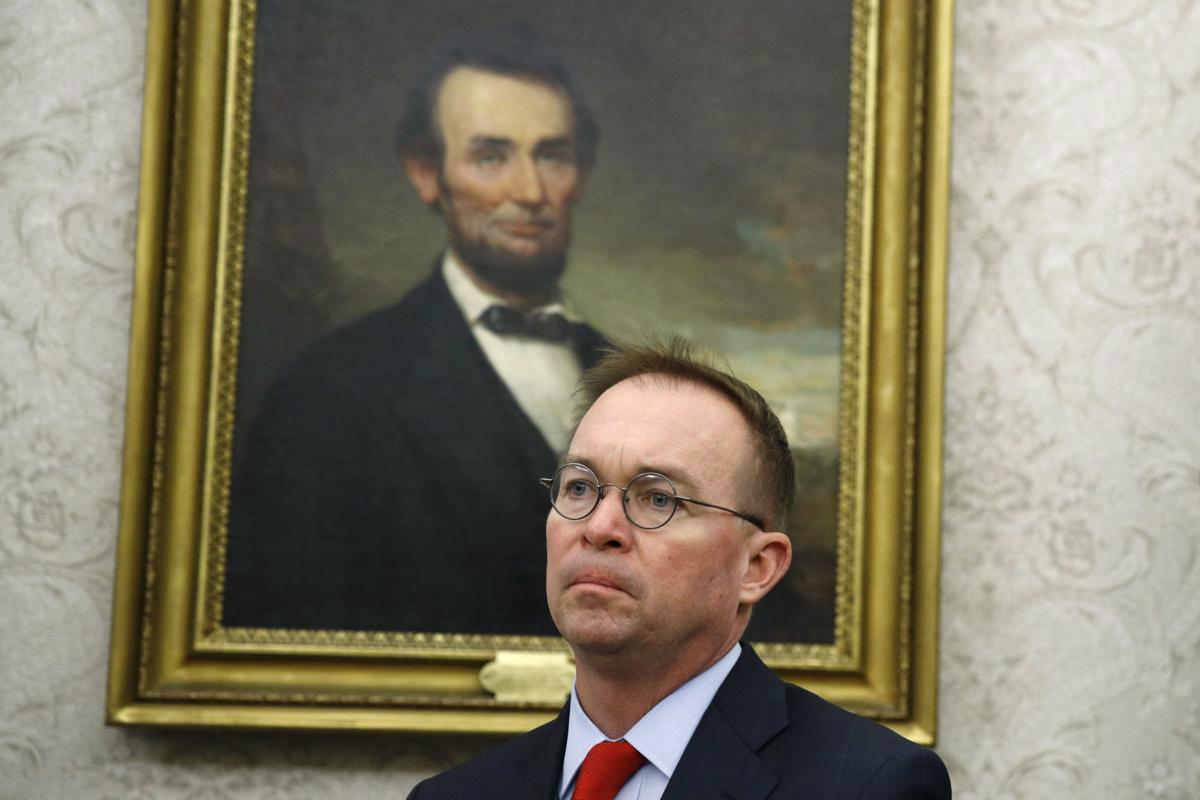 WASHINGTON (AP) — Under fire for his handling of the coronavirus crisis, President Donald Trump on Friday made a major staff overhaul, announcing that Rep. Mark Meadows will be replacing Mick Mulvaney as his chief of staff.

Trump announced the surprise reshuffle in a series of Friday night tweets, saying Mulvaney would become the U.S. special envoy for Northern Ireland.

“I have long known and worked with Mark, and the relationship is a very good one,” he wrote, thanking Mulvaney — who never shook his “acting” title — “for having served the Administration so well.”

The long-rumored move makes Meadows, who announced last year that he was not seeking reelection for his House seat from North Carolina, effectively Trump’s fourth chief of staff since taking office in 2017.

And it comes as the Trump administration has faced criticism for its handling of the novel coronavirus outbreak. Mulvaney had been leading the interagency response to the virus until Trump designated Vice President Mike Pence to lead the whole-of-government effort more than a week ago.

Trump, who soured on Mulvaney not long after he assumed the role, has been eyeing the change for many months, but wanted to wait until after impeachment was over to make the move, according to two people familiar with his thinking who spoke on condition of anonymity because they were not authorized to discuss it publicly.

Some outside advisers had cautioned Trump that a switch during the coronavirus crisis would rattle markets craving stability, and his decision to make the announcement after Wall Street had closed on Friday was partly informed by those concerns, the people said.

Meadows was offered the job Thursday, according to one of the people, but Mulvaney was not informed until Friday.

Although he never grated on Trump or other White House staffers like the two men who’d held the post before him, Mulvaney had been relegated to the sidelines for months. Still, his allies had repeatedly brushed off rumblings off his imminent departure and had said as recently as last month that he planned to stay at least through the election in November.

Trump has been on a tear since his acquittal by the Senate to rid his administration of those he deems insufficiently loyal. He has been assembling a team of trusted confidants as he prepares for a tough reelection fight.

Indeed, Meadows, a close ally and friend of the president, has made clear to the White House and those close to the president that he he has no plans to try to rein in Trump, as others have tried and failed to do.

A former congressman from South Carolina, Mulvaney had portrayed himself as a happy warrior, satisfied with letting “Trump be Trump” while he focused on issues like rolling back regulations and finding ways for Trump to circumvent Congress to build his border wall.

Trump initially approved of Mulvaney’s hands-off approach. But he was furious about Mulvaney’s handling of the impeachment probe, according to two Republicans close to the White House not authorized to speak publicly about private conversations.

Not only was Trump angry about a news conference in which the acting chief of staff broke with the party line and said foreign policy quid pro quos were common, but the president faulted Mulvaney — who feuded with the White House counsel during the probe — for not mounting a more robust defense of his actions.