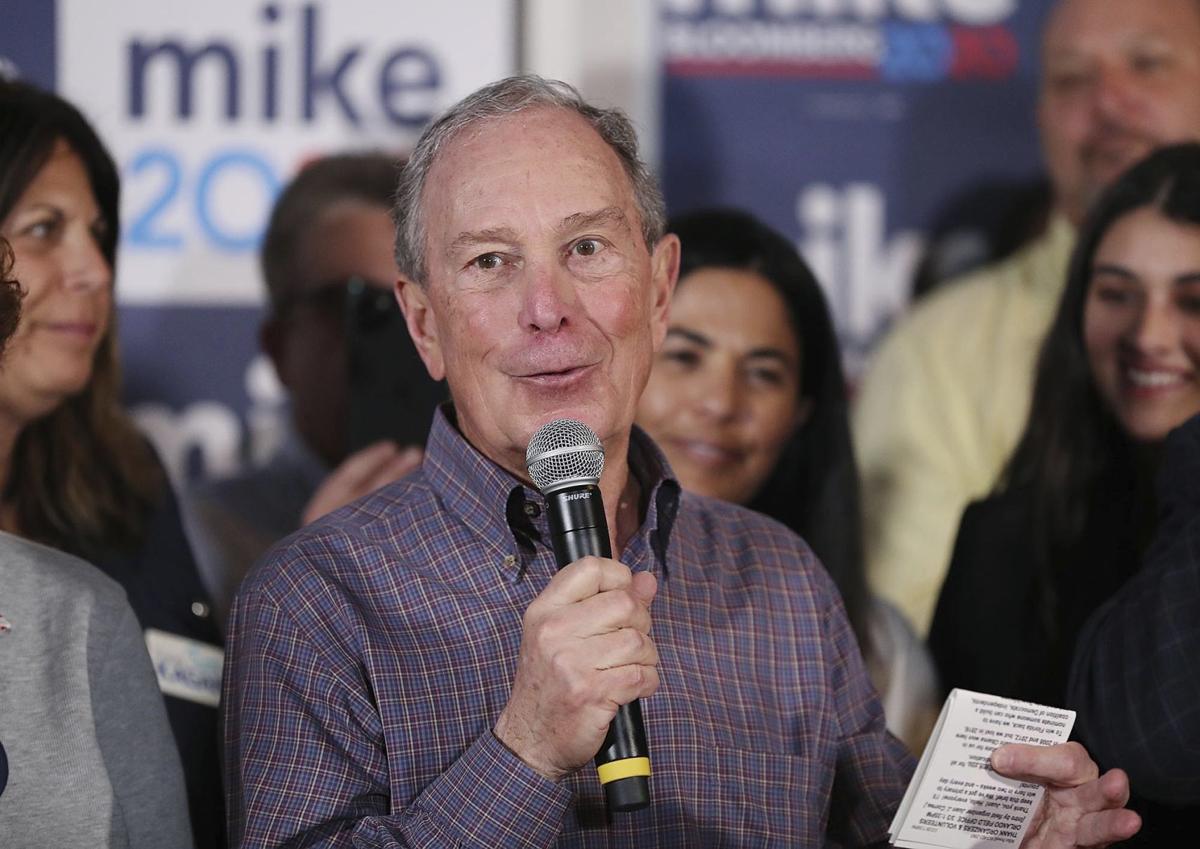 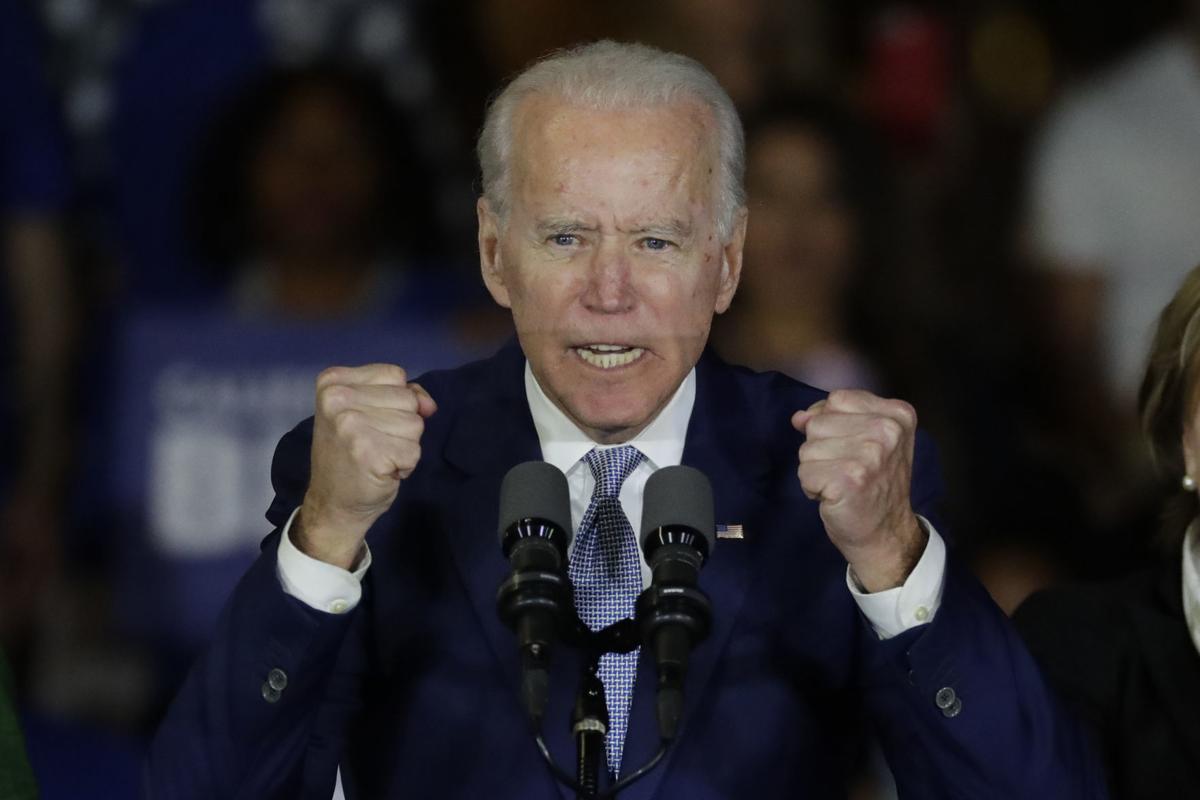 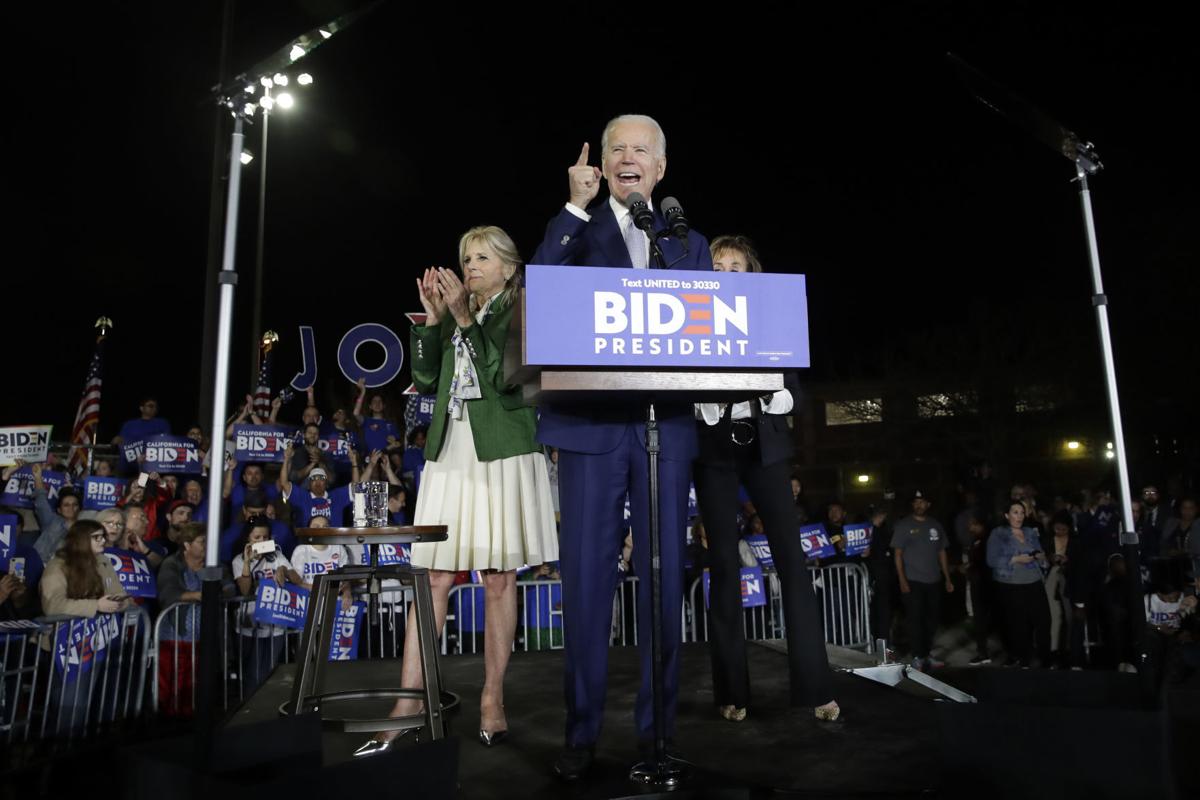 Bloomberg quit the race just 101 days after he got in despite pouring more than $500 million of his personal fortune into his campaign. The massive investment netted him a single win in American Samoa.

The development came just hours after a resurgent Biden scored Super Tuesday victories from Texas to Massachusetts, revitalizing a presidential bid that was teetering on the edge of disaster just days earlier. Biden and Bloomberg spoke Wednesday morning, according to two sources familiar with the situation who were not authorized to disclosure private conversations.

Biden's rival Bernie Sanders seized the biggest prize with a win in California that ensured he — and his embrace of democratic socialism — would drive the Democrats' nomination fight for the foreseeable future.

Warren, Sanders' progressive ally, was huddling with advisers on Wednesday to determine if there was a reason to stay in the race after her Super Tuesday wipe-out. She didn't win a single state and finished in third place, after Biden and Sanders, in her own home state of Massachusetts.

And suddenly, the Democratic Party’s presidential field, which featured more than a half-dozen candidates a week ago, transformed into a two-man contest.

Biden and Sanders, lifelong politicians with starkly different visions for America’s future, were locked in a delegate fight a day after 14 states and one U.S. territory held a series of high-stakes elections that marked the most significant day of voting in the party’s presidential primary.

It could take weeks — or months — for Democrats to pick one of them to take on President Donald Trump in the November general election. But the new contours of the fight between Biden and Sanders crystallized as the former vice president and the three-term Vermont senator spoke to each other from dueling victory speeches delivered from opposite ends of the country Tuesday night.

“People are talking about a revolution. We started a movement," Biden said in Los Angeles, knocking one of Sanders' signature lines.

Without citing his surging rival by name, Sanders swiped at Biden from Burlington, Vermont.

“You cannot beat Trump with the same-old, same-old kind of politics,” Sanders declared, ticking down a list of past policy differences with Biden on Social Security, trade and military force. “This will become a contrast in ideas.”

One of the new ads features archived footage of former President Barack Obama praising Sanders. It's a not-so-subtle attempt by the Vermont senator to undercut Biden's frequently spotlighting his closeness to Obama.

Trump took to Twitter Wednesday to call Biden's strong Super Tuesday showing “a perfect storm” and amplify his long-running argument that the Democratic Party would move to stop Sanders from winning the nomination.

Trump also called Warren “selfish” for staying in the race because it “hurts Bernie badly.”

Biden's victories were powered by Democratic voters who broke his way just days before casting their ballots — a wave of late momentum that scrambled the race in a matter of hours. In some states, the late-deciders made up roughly half of all voters, according to AP VoteCast, surveys of voters in several state primaries. He drew support from a broad coalition of moderates and conservatives, African Americans and voters older than 45.

Sanders' success proved he could deliver in perhaps the greatest test of his decadeslong political career. His success was built on a base of energized liberals, young people and Latinos. But he was unable to sufficiently widen his appeal to older voters and college graduates who make up a sizable share of Democratic voters, according to AP VoteCast.

The balance of Super Tuesday's battlefield — with Biden winning at least eight states and Sanders four — raised questions about whether the Democratic primary contest would stretch all the way to the July convention or be decided much sooner.

Biden's strong finish punctuated a dramatic turnaround in the span of just three days when he leveraged a blowout victory in South Carolina to score sweeping victories on Tuesday that transcended geography, class and race. And lest there be any doubt, he cemented his status as the standard-bearer for the Democrats’ establishment wing.

The former vice president showed strength in the Northeast with a victory in Massachusetts. He won delegate-rich Texas in the Southwest, Minnesota in the upper Midwest and finished on top across the South in Virginia, Alabama, North Carolina, Tennessee and Arkansas — in addition to Oklahoma.

Sanders opened the night as the undisputed Democratic front-runner and was in a position to claim an insurmountable delegate lead. And while he scored the night's biggest delegate-prize in California, he scored just three other decisive victories, winning his home state of Vermont, along with Utah and Colorado.

Biden racked up his victories despite being dramatically outspent and out-staffed. Moderate rival Bloomberg, for example, poured more than $12 million into television advertising in Virginia, while Biden spent less than $200,000.

The Democratic race has shifted dramatically as Biden capitalized on his commanding South Carolina victory to persuade anxious establishment allies to rally behind his campaign. Former rivals Amy Klobuchar and Pete Buttigieg abruptly ended their campaigns in the days leading up to Super Tuesday and endorsed Biden.

In a statement announcing his departure, Bloomberg vowed to stay engaged in the 2020 election and his ultimate goal to ensure Trump is defeated this fall.

“I’ve always believed that defeating Donald Trump starts with uniting behind the candidate with the best shot to do it. After yesterday’s vote, it is clear that candidate is my friend and a great American, Joe Biden."

In Biden and Sanders, Democrats have a stark choice in what kind of candidate they want to run against Trump.

Sanders is a 78-year-old democratic socialist who relies on an energized coalition of his party’s far-left flank that embraces his longtime fight to transform the nation’s political and economic systems. Biden is a 77-year-old lifelong leader of his party’s Washington establishment who emphasizes a more pragmatic approach to core policy issues like health care and climate change.

Across the Super Tuesday states, there were early questions about Sanders’ claims that he is growing his support from his failed 2016 presidential bid.

Biden bested him in Oklahoma, though Sanders won the state against Hillary Clinton four years ago. In Virginia, where Democratic turnout this year surpassed 2016's numbers by more than 500,000 votes, Sanders’ vote share dropped significantly. And in Tennessee, Democratic turnout was up more than 30% from 2016, but Sanders' raw vote total was only a few hundred votes greater than four years ago.

With votes still being counted across the country, The Associated Press has allocated 453 delegates to Biden, 382 to Sanders, 50 to Warren, 44 to Bloomberg and one for Rep. Tulsi Gabbard. The numbers are expected to shift as new states report their numbers and as some candidates hover around the 15% vote threshold they must hit to earn delegates.

The ultimate nominee must claim 1,991 delegates, which is a majority of the 3,979 pledged delegates available this primary season.

At her home in suburban Detroit, Jill Warren spent Thursday morning glued to her phone, sear…