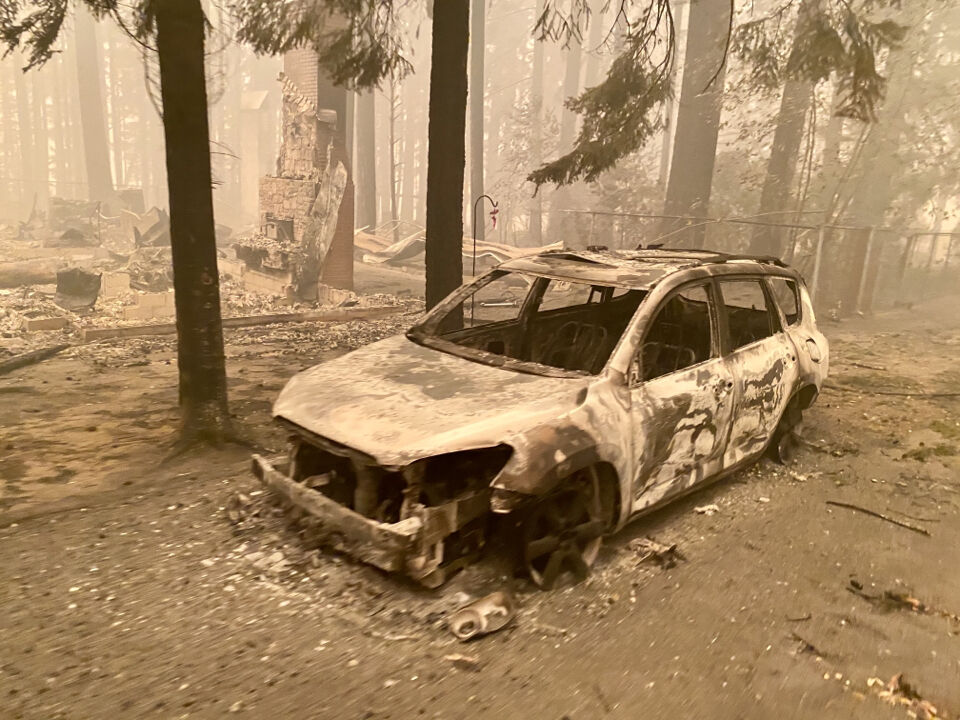 One of many vehicles burned in recent Oregon wildfires. 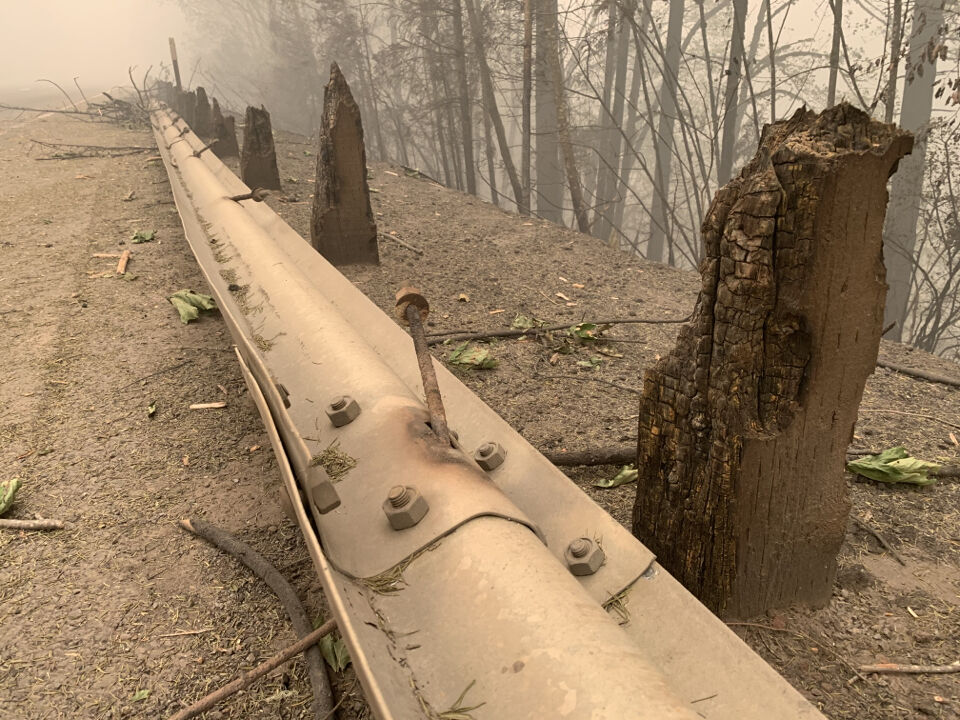 A guardrail on an Oregon highway has collapsed from its burned posts. 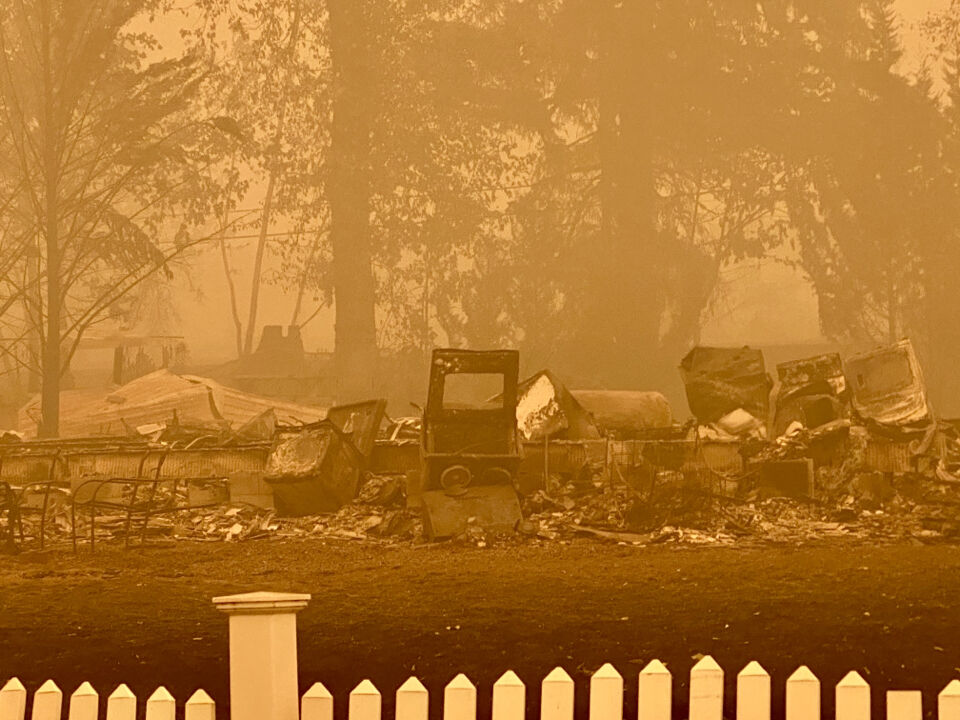 One of many homes that did not survive recent Oregon wildfires.

One of many vehicles burned in recent Oregon wildfires.

A guardrail on an Oregon highway has collapsed from its burned posts.

One of many homes that did not survive recent Oregon wildfires.

SALEM — After a week of firefighting efforts across the state of Oregon, Governor Kate Brown said Oregonians have been pushed to their limits.

“It’s really hard for all of us to wrap our heads around the devastation that these fires have caused and the pain and the suffering that so many Oregonians endured over the past few days,” Gov. Brown said during a Sept. 14 press conference.

So far, the Oregon State medical examiner has reported 10 fire-related fatalities and 22 missing persons. Those statistics will continue to be updated daily.

But on a positive note, Gov. Brown said fire crews are feeling optimistic with the current forecasted weather, which should provide help to their efforts as temperatures drop and winds subside. Additionally, calls for assistance are being answered and resource crews from all over the country and Canada have been coming to help.

“We expect structural firefighting teams from North Dakota and Michigan to join our response this week,” Gov. Brown noted. “Michigan, California and Washington are providing resources to our emergency coordination center. Vermont and Nevada have reached out asking how they can help.”

Also, FEMA, is on the grounds of Oregon assisting with response. Gov. Brown said she recently sent a letter to President Donald Trump asking to declare a State of Disaster in Oregon, which will free up even more resources for state officials.

Oregon is also working with the National Guard to distribute 250,000 N95 masks to agricultural workers and impacted tribes statewide as soon as possible. The masks will provide a certain level of protection to outdoor workers across the state.

“The smoke blanketing the state is a reminder that this tragedy has not yet come to an end,” Gov. Brown said.

Gov. Brown is encouraging everyone to donate to Red Cross and the Oregon Food Bank for victims of these wildfires. To assist recovery efforts, the state is asking three foundations: Ford Family, Meyer Memorial Trust, and the Oregon Community Foundation, to help in the recovery efforts by kickstarting the 2020 Community Rebuilding Fund. Other organizations will also be encouraged to donate.

“We will have a long road ahead, but I’m so heartened by these foundations and all Oregonians that are coming together right now,” Gov. Brown said. “The only way out of this crisis is through it and we’ll only get through it together.”

Oregon Department of Forestry Fire Protection Director Doug Grafe once again gave an update on progress at the Monday press conference. Grafe said the state has passed the east wind event that rapidly moved fires across Oregon and they have had four days of good firefighting conditions and continue making progress.

Although ODF was looking forward to forecasted rains early this week, Grafe said they’re now slated to fall sometime on Wednesday into Thursday. Unfortunately, these rains could bring thunder storms on east side of state, which could cause new fire starts.

“It’s kind of a mixed bag relative to the weather, but overall, compared to what we dealt with, with the east winds, this gives us a lot of opportunity to make good progress,” Grafe said.

Grafe said winds in south central Oregon could provide some challenges this week as well, but they are predicted to be relatively consistent.

Across the Oregon landscape, Grafe said they have made tremendous progress on establishing control lines on most fires throughout the state. On the coast, fire crews have held lines off the North Bank Lane Fire near Bandon in Coos County for four to five days, which has Grafe “feeling very comfortable on containment there.” At the Echo Mountain Complex, they are holding lines thanks to excellent work from crews. Positive work has also been happening at the Pike Fire in Tillamook County.

“We’re holding lines on all those fires on the coast, I’m very proud of the work,” Grafe said. “Absolutely immense amount of work, in four days, accomplished. That sets the stage relative to what we can accomplish in another five days.”

Grafe credits their progress on the coordinated effort across all districts and communities. Lastly, Grafe made note of saying that as they begin to fly aviation crews for examination, the public must refrain from flying their own personal drones.

Major General Mike Stencel said Monday that by the end of day on Monday, Sept. 14, the National Guard should have over 700 members mobilized for response efforts. Additionally by the end of the week, Stencel expects to have well over 1,000 guardsmen on duty.

Some 143 guardsmen have been at Traffic Control Points throughout Oregon, including in Lincoln County. Also, 11 aircrafts are in Oregon and available as they wait for the smoke to clear for examination.

“As you can imagine, our pilots are pretty frustrated waiting for this weather to lift,” Stencel said. “But we’re anxious and hopeful that we are going to be able to fly, most likely in southeast Oregon in the next 24 hours.”

Director of the Office of Emergency Management Andrew Phelps spoke briefly about the fatality statistics and addressed rumors and rumor control surrounding the fires.