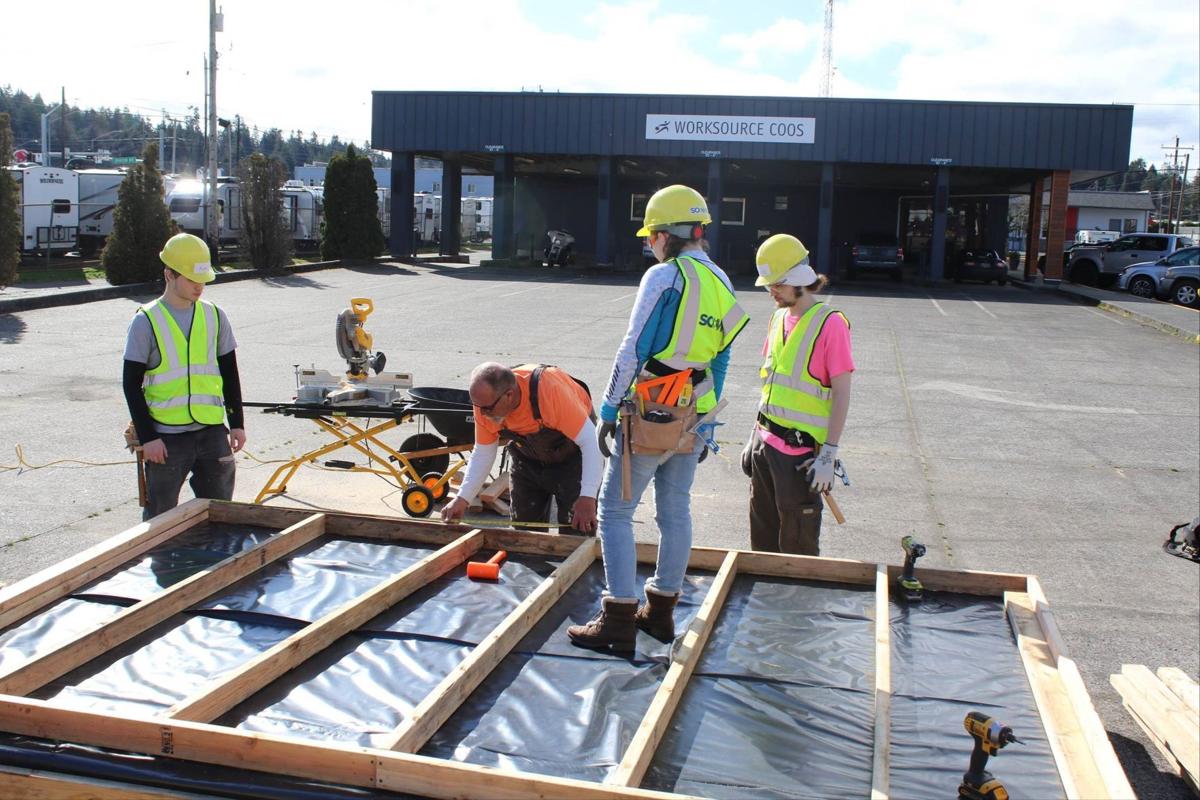 A group of students from a youth construction program in Coos Bay work on building a shed. 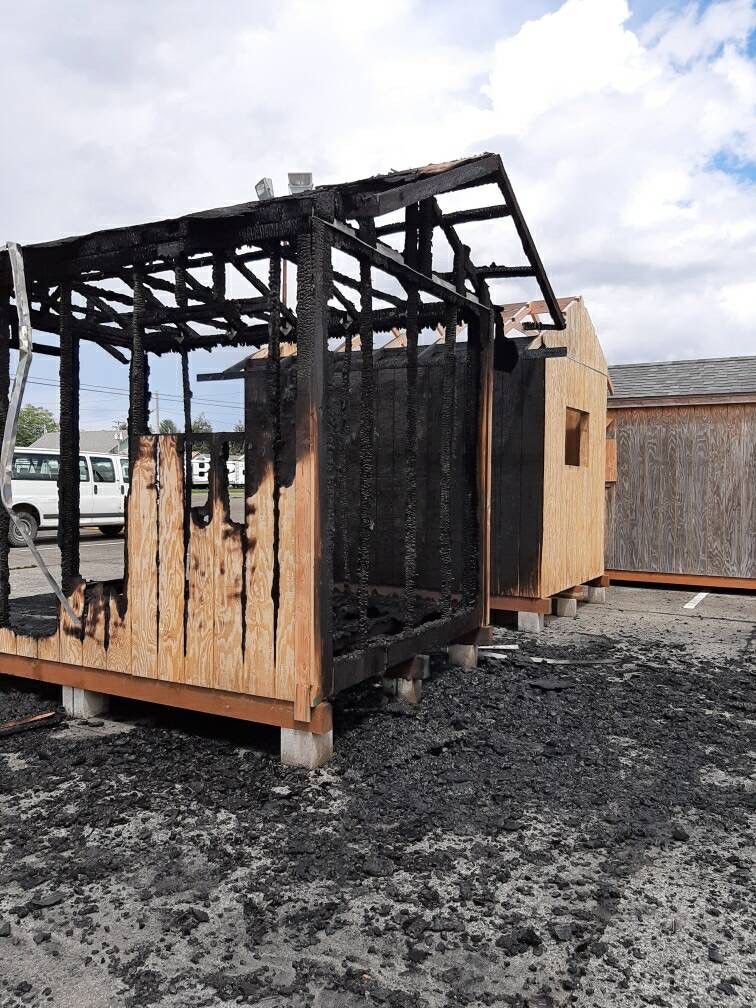 A fire broke out inside a shed in Coos Bay on Saturday, May 16. The cause of the fire is currently unknown.

A group of students from a youth construction program in Coos Bay work on building a shed.

A fire broke out inside a shed in Coos Bay on Saturday, May 16. The cause of the fire is currently unknown.

COOS BAY — A local youth construction crew is back to work this week after COVID-19 restrictions and an unexpected fire halted their operations earlier in the month.

The youth program, which is an entry-level construction program managed by the South Coast Workforce Investment Board and the South Coast Business Employment Corporation, was forced to temporarily stop its operations after facing a number of setbacks.

In March, the program stopped its construction, which involved building fully-floored garden sheds, as the COVID-19 pandemic unfolded locally and forced its students to remain at home to practice new social distancing rules.

Chelsea Corliss, the workforce program manager for SCBEC, said program officials worked quickly on ways its students could return to work safely and in compliance with the state’s new COVID-19 guidelines.

A plan was developed earlier this month, but an unexpected fire on one of the program’s shed projects forced another delay for students eager to return back to work. According to Corliss, a small fire broke out inside one of its sheds, which was located in the rear parking lot of SOWIB’s facility, on Saturday, May 16.

Kyle Stevens, SOWIB’s executive director, said he received a call early Sunday morning from the Coos Bay Fire Department about the fire. According to Stevens, firefighters were able to safely extinguish the fire, but the shed was ruled to be a complete loss. As of now, the cause of the fire is unknown.

According to Stevens, the shed was to be placed in an auction later this summer to both showcase the student’s work and to raise funds for the next round of training classes under the new youth construction program.

“(The students) know they did a good job” said Stevens in an email, “and no one can take away the skills they developed.”

The youth program, which had rolled out for the first time in Coos County earlier this year, teaches young people, who recently graduated high school, about construction. Students in the program learn how to read a construction plan, how to securely attach lumber, sheathing and other construction-related skills.

On Tuesday, May 26, students returned to work and removed the damaged shed. The students, who were working on building two sheds and restoring another, were saddened to see their project destroyed, but were motivated and determine to keep going, said Corliss.

According to Corliss, program officials are still committed to meeting their goals and helping youth develop valuable job and life skills and will continue to support them in being successful adults.

The program, which was originally launched and funded with support from the Associated General Contractors of Oregon, Oregon Youth Corps, SWOIB and Southport Lumber Company, will place its other, remaining shed for sell within the next few months.