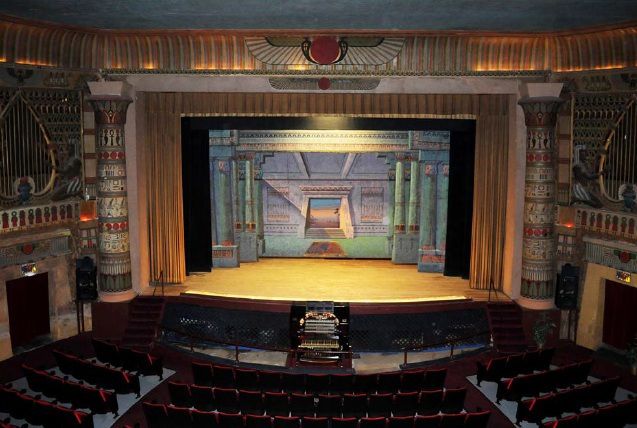 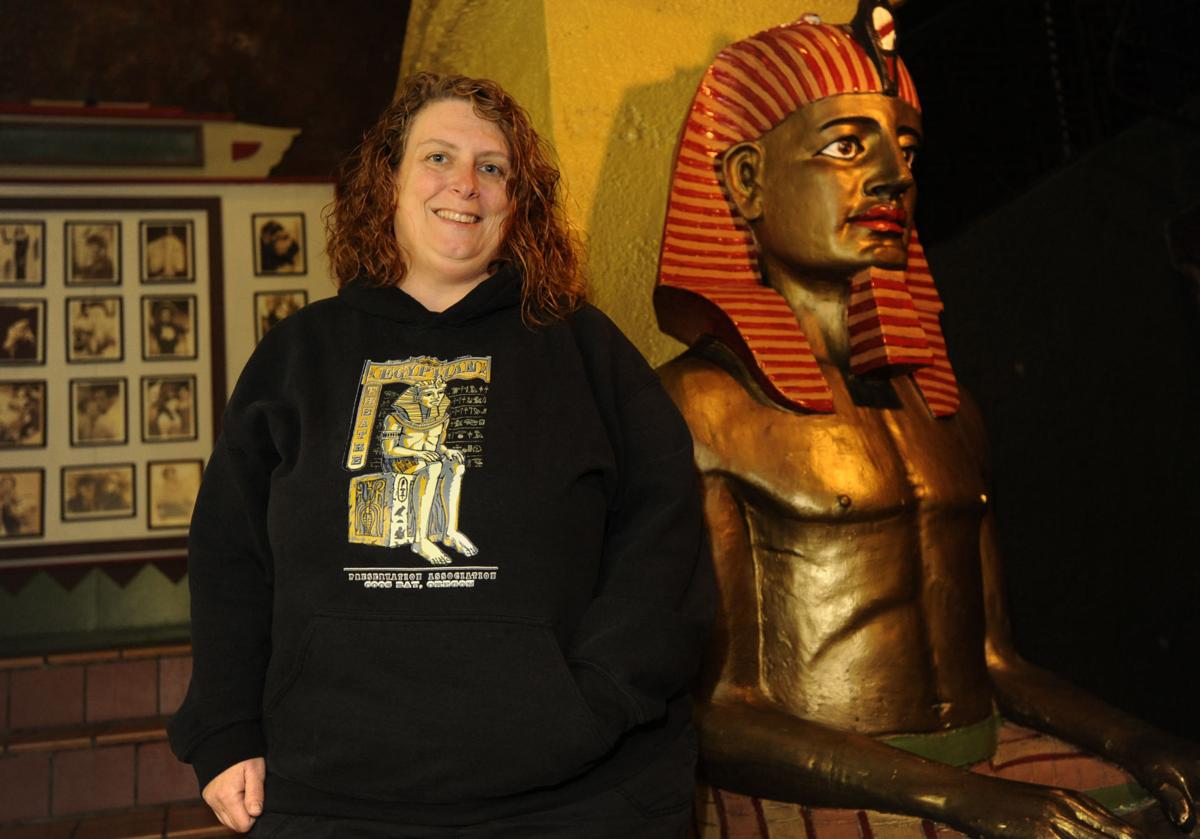 Kara Long works as the executive director of the Egyptian Theatre in downtown Coos Bay.

Kara Long works as the executive director of the Egyptian Theatre in downtown Coos Bay.

COOS BAY — The Egyptian Theatre is remaining closed for now.

The Egyptian Theatre Preservation Association Board announced over the weekend that the requirements under Gov. Kate Brown's new coronavirus guidelines for reopening under Phase 2 are too challenging for the board to overcome.

Following the executive order in March to close public venues, Phase 2, which went into effect for Coos County on Friday, June 5, was intended to help those businesses and certain public buildings and recreational activities affected by the closure to reopen, such as movie theaters like the Egyptian.

"The ETPA Board has given this serious consideration and it is with a sad heart that we tell you we have decided not to reopen at this time," read the press release. "The requirements such as 6-foot physical distancing both in the lobby and behind the concession counter and obtaining contact information from every attendee are just too challenging to overcome. Also, the distancing requirements within the theater itself (35 square feet between individuals or family groups) would make it extremely difficult to generate enough admissions to cover costs, for both the ETPA and the nonprofit agencies that rent the theater for their fundraisers."

The ETPA Board said it will continue to reevaluate its position in the coming months with hopes that they can reopen the theater in October. That will depend on whether conditions continue to improve regarding coronavirus transmission that result in the state relaxing current distancing requirements.

"We have also decided to forego the weekly lunchtime organ music and tours during the Wednesday Farmers Market," the release continued. "The required sanitation after such an opening would not be cost effective for us. We hope to resume both tours and organ music during the Farmers Market in 2021."

"We want to express our sincere thank you to those of you who have recently contributed to the ETPA to help us both with operating expenses and with matching funds for our upcoming roofing project," the release stated. "We have received enough in donations that our overhead costs from March through June are covered. We can never thank you enough for your generosity and support of the Egyptian during this difficult time."

Those who haven’t made a contribution to help with the theater's $1,500 monthly overhead costs who would like to do so can find the donation form online at egyptiantheatreoregon.com. Or mail a check to the ETPA at 229 S. Broadway, Coos Bay, OR 97420 and write “operations” in the note area. The ETPA is also accepting donations to use as grant matching money for its re-roofing project. Those who would like to donate to that project are asked to write "roof" on their payment.

"In the meantime, the marquee continues to shine down on Broadway to remind you — we will be back," the release concluded.

Originally constructed in 1922 as the Motor Inn Garage and Service Station due to building restrictions in place after World War I, the building was transformed into the Egyptian Theatre movie palace after the easing of federal building restrictions in 1925. Due to the Theatre’s historical significance and to the commitment of Helen Doving to historical research, the Egyptian Theatre was entered into the National Register of Historic Places on May 24, 2010. Kara Long has been the Theatre's executive director since 2014 and has been instrumental in continuing its restoration and enhancing its programming.