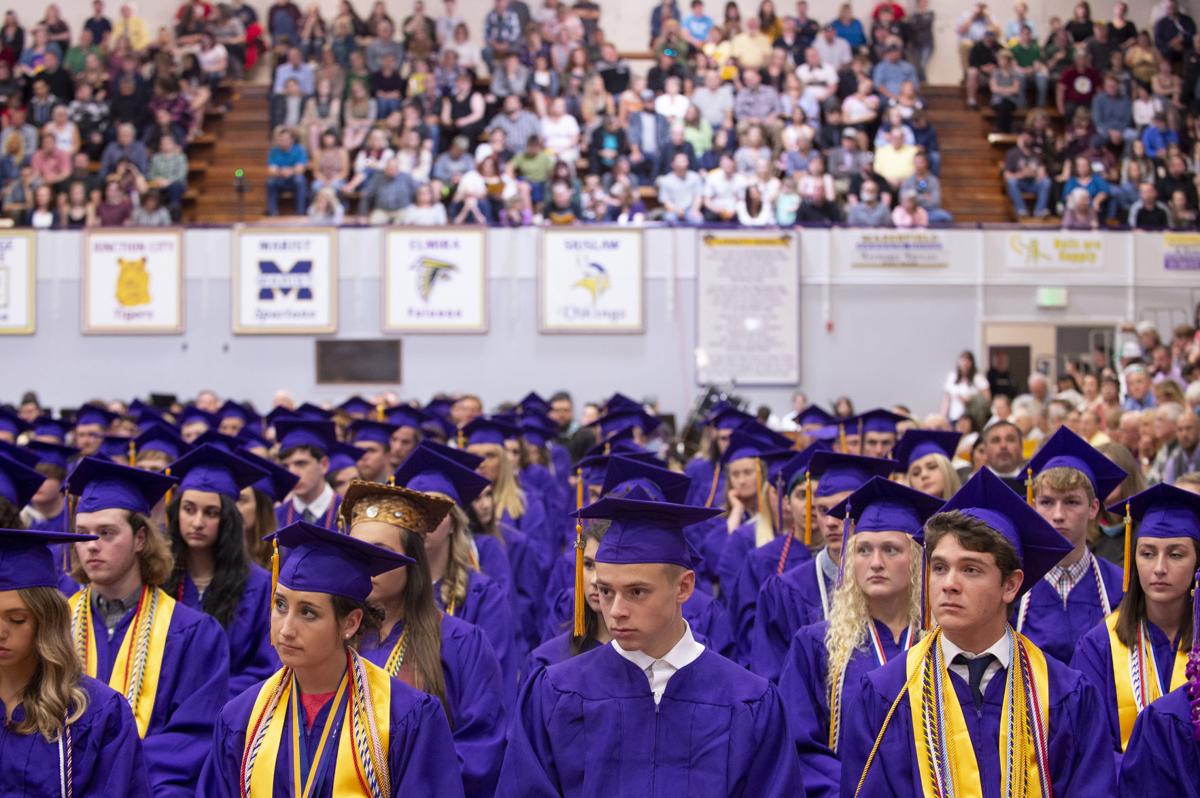 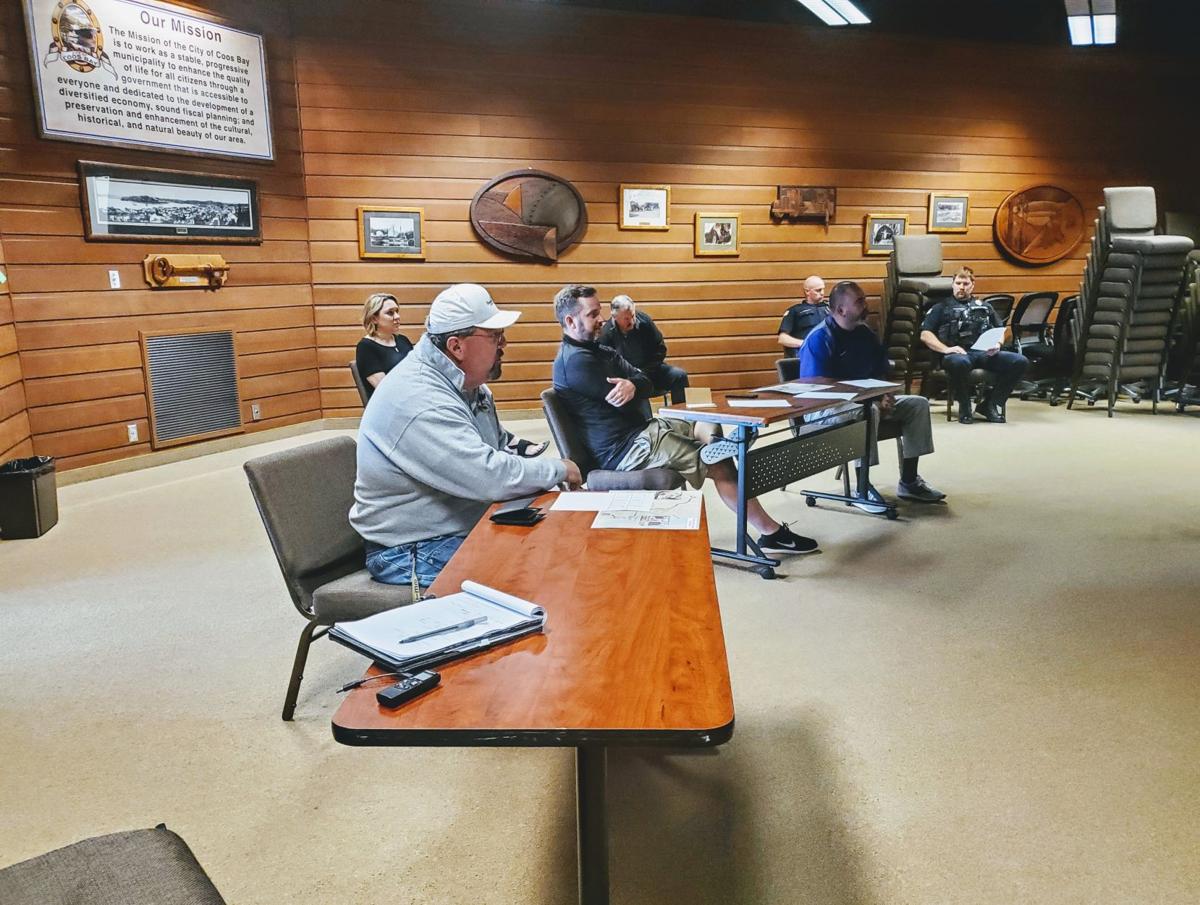 During a meeting Thursday at Coos Bay City Hall, city police and fire met with Coos Bay School District officials to go over plans for 2020 graduation. 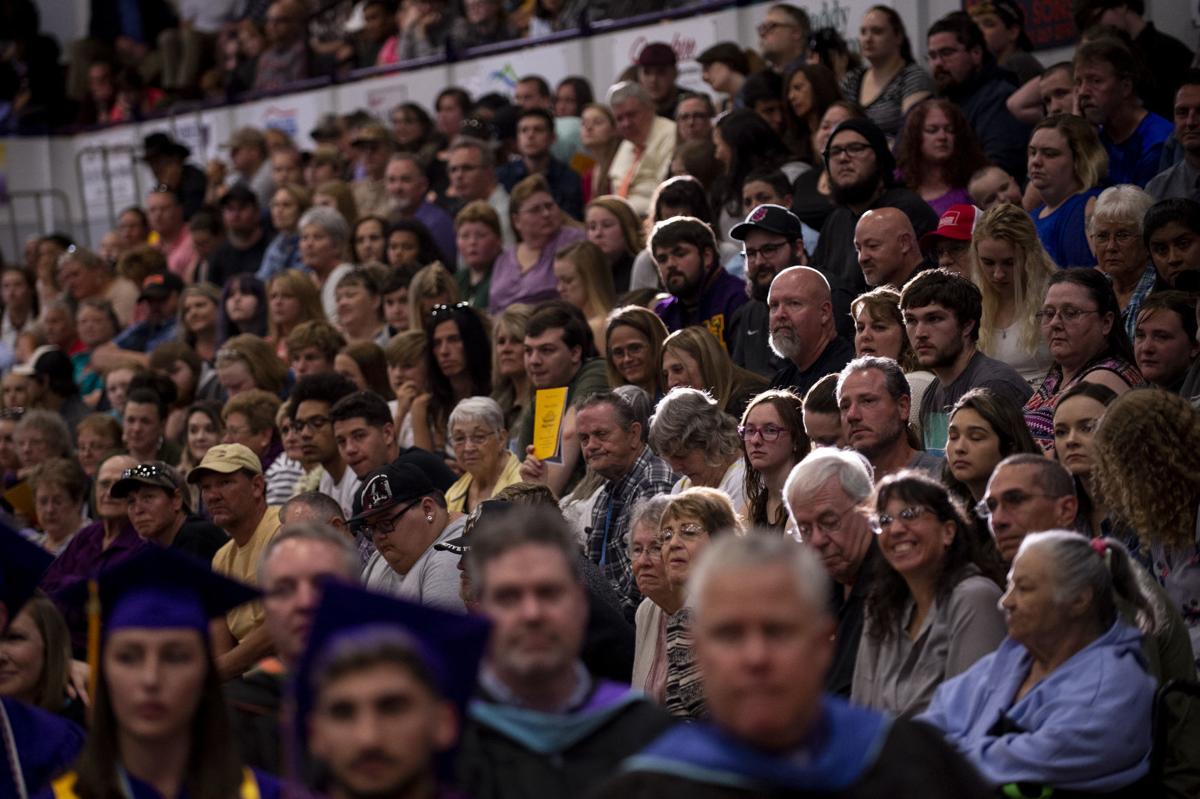 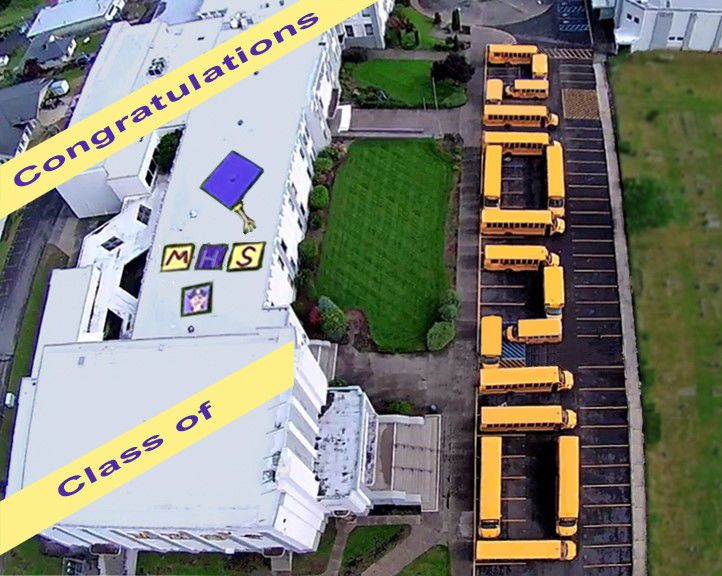 Coos Bay School District sets up buses to celebrate the Class of 2020. Graduation is June 6.

During a meeting Thursday at Coos Bay City Hall, city police and fire met with Coos Bay School District officials to go over plans for 2020 graduation.

Coos Bay School District sets up buses to celebrate the Class of 2020. Graduation is June 6.

COOS BAY — For the first time in Marshfield High School history, the Coos Bay Police Department is helping organize the graduation ceremony for the Class of 2020.

In the age of COVID-19, rather than have the 200 outgoing seniors gather at the campus auditorium for a traditional ceremony, students will travel parade-style through parts of Coos Bay toward the high school. These “parades” will not be accompanied by floats, but are instead be made up of small groups from the senior class.

These groups have pre-selected times on when to meet in the parking lot at Cascade Farm and Outdoor. From there, at staggered departures throughout the afternoon of June 6, they will travel to Marshfield High School.

“… We have a good alternative,” said Floyd Montiel , assistant principal at MHS, of the graduation plan. “Since we can’t do a ceremony indoors, the next best thing is a drive-up ceremony … We just want it to be special for them and our community. Anything we can do to give these families and these kiddos something special, that’s what we’re going to do.”

Greg Mulkey, principal of the district’s Destinations Academy, told those gathered for the meeting at Coos Bay City Hall that, “Hopefully this is the first and last time we do something like this … but at least we will have some background if we have to do it again.”

According to the parade schedule, the first group will leave Cascade’s parking lot on June 6 at 12:15 p.m. This first group will consist of 30 students, mostly from the district’s alternative programs like Destination’s Academy, Resource Link and Alternative Youth Activities.

The second group, which departs Cascade at 1:10 p.m. that day, will have 42 students. Mulkey said they will mostly be honor students and valedictorians from the high school.

The remaining groups will have 32 students, the last group departing from Cascade at 5:45 p.m.

Mulkey said each group will be split into 16 cars when they arrive at the MHS campus to keep the parking lot from getting crowded. Then, one at a time, students will exit a vehicle to cross an outdoor stage set up on the lawn between the auditorium and the main building. One parent will also be allowed to get out of the car to take photos before moving on.

Another difference being seen in the 2020 graduation is the lack of speeches from the principal, staff and students. Though Mulkey said it is still possible that MHS Principal Travis Howard might say a few words, speeches were still written and instead saved to flash drives to be handed out to the students.

Lt. Mike Schaffer with CBPD added that each parade will have a police escort, with a lead and trail vehicle.

“The parades should take 15 minutes, with them going 20 miles-per-hour,” Schaffer said.

A trial-run will be conducted prior to the graduation, with most of the graduating seniors driving the route. However, the trial-run won’t include much of what the parades will see on the day of graduation, which include some lanes being closed to traffic.

“I’ve been in charge of MHS graduation for years and we’ve always, two days prior to the typical graduation, gone through one of the most extensive rehearsals to make sure we really look good,” Mulkey said. “I’m excited about this because it’s all come together with the help of everyone in this room and we couldn’t do it without them in this safe and organized fashion … Under the circumstances, a lot of school districts are doing something similar. It’s unique.”

District Superintendent Bryan Trendell said he is happy something could be done to make the occasion special for students.

“I think our staff and high school administration and student services have done an outstanding job in trying to plan an event that will be meaningful for the kids and something they will remember,” he said.

When asked how students feel about this year’s graduation plans, Trendell said they are excited.

“(Students) swung through earlier in the week and picked up caps and gowns instead of Chromebooks,” he said. “They were excited to get tassels and stuff to hang from the rearview mirror in their car.”

Students also got signs made by the Waterfall Clinic to put in their yards of windows congratulating them on their achievement.

As for community members standing along the side of the parade route on June 6, Trendell said it is encouraged so long as “people are properly distanced.”

“CBPD will put out a press release on the route and will block traffic like we would for a parade,” Trendell said. “They will communicate with people which roads will be taken during that day.”