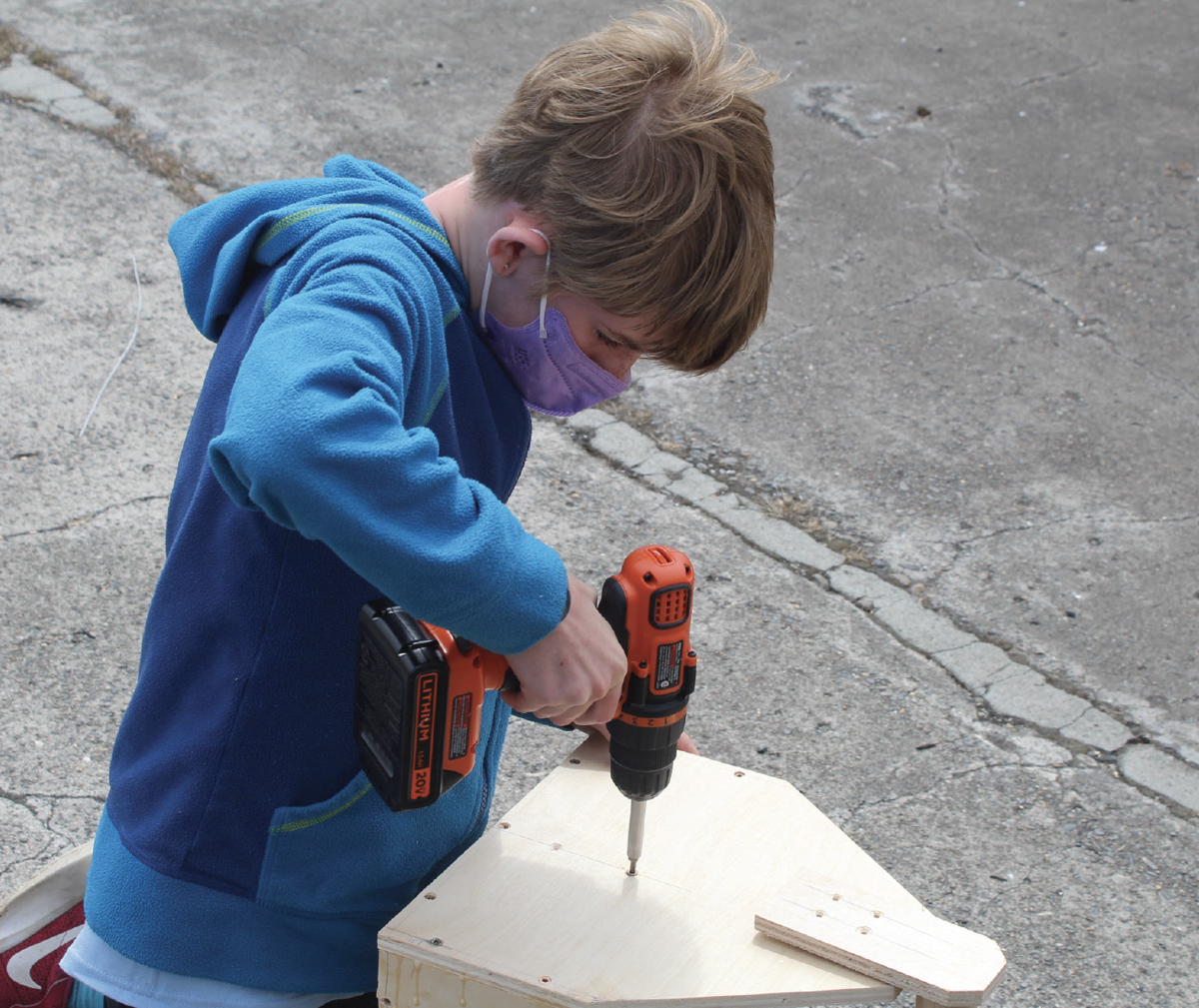 Rook Watts pushes in a screw while building a tool box as part of the Girls Rock it Tools and Trade camp hosted by the Zonta Club of Coos Bay Area. 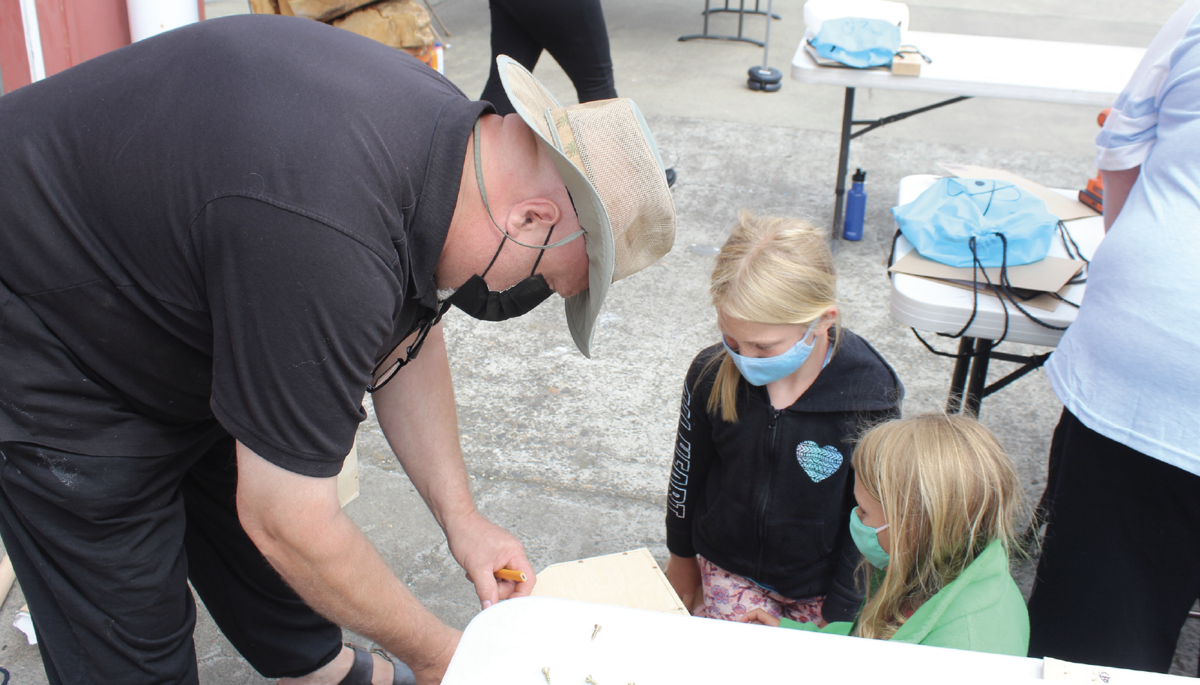 Rook Watts pushes in a screw while building a tool box as part of the Girls Rock it Tools and Trade camp hosted by the Zonta Club of Coos Bay Area.

Teaching girls to expand their horizons is a prime goal of the Zonta Club of the Coos Bay Area.

This week, the club did just that with its first Girls Rock it Tools and Trade camp. The camp was designed to teach girls ages 8 to 12 how to use tools to make their own creations.

During the five-day camp, the girls made tool boxes, bat houses and birdhouses while getting hands-on lessons from a variety of experts, mostly women.

“This is a longtime wish for our club,” said club member Genelle Hanken. “We were set up for 15 and we got 13.”

The idea of the camp came when Richard Stillwagon from Oregon Coast Artisan & Trade Education Collective got a suggestion to host a camp from a friend who saw a similar one in Portland. After he posted about the idea on Facebook, Hanken responded and a partnership between Zonta and the collective got started.

“It seemed like a great collaboration to kick something off,” Stillwagon said.

Stillwagon said he had a nice career in the trades and he started his nonprofit as a way to teach and encourage others to follow the same path. The idea of introducing girls to the idea of working with their hands was one he was happy to be a part of.

Stillwagon was the main instructor during the camp, and the only man involved. He said the goal was to teach skills that can be useful in life, and maybe get a couple of girls interested enough to want to learn more.

“Really basic introduction to woodworking, things they can use around the house,” Stillwagon said when asked what he taught during the camp. “But really, trades. We have a shortage of trades workers. I’m at the stage of my life where it’s really time to start sharing these skills.”

After Stillwagon and the Zonta Club decided to work together to host a camp, the Zonta Club applied for and received a grant from the Oregon Community Foundation. The Coos Bay Area Zonta Service Foundation also provided funding. The camp was geared toward low-income girls as well as members of both local tribes. Alternative Youth Activities and the Coos Bay Boat Building Center also participated in the camp.

As the date for the camp approached, COVID restrictions almost shut it down, but Hanken said the organization talked to local schools and Coos Health & Wellness and decided to move the camp outdoors and require masks for all involved.

“We’re just really excited we got to have this opportunity,” Hanken said. “COVID made it touch-and-go. So, we decided to move outside and wear masks to go on.”

And the COVID limitations did little to slow down the 8- to 12-year-old girls who were participating.

On Tuesday, they operated their own power tools, made their own measurements and painted as they neared completion of the tool boxes. Once finished, the boxes were to be filled with tools the girls could take home.

“They’re doing really good,” Hanken said. “They just started yesterday, and they’re almost done with their boxes and will get to paint.”

Stillwagon said the girls were quick learners, not that he was surprised.

“I teach martial arts, and it seems my women students are better students,” he said. “These little girls are the same. I raised daughters, and I raised them so they can do anything boys can do, and these girls need to know that, too.”

Each day during the camp, the girls worked on their projects and received hands-on lessons. During lunch, female speakers made presentations to the group in an effort to show the young girls that they can accomplish anything.

Hanken said despite the challenges, having the camp was a big moment for the Zonta Club.

“We’ve been working on this in the back of our minds for a long time,” she said. “This project makes us really happy, and we want to do it again next year.”