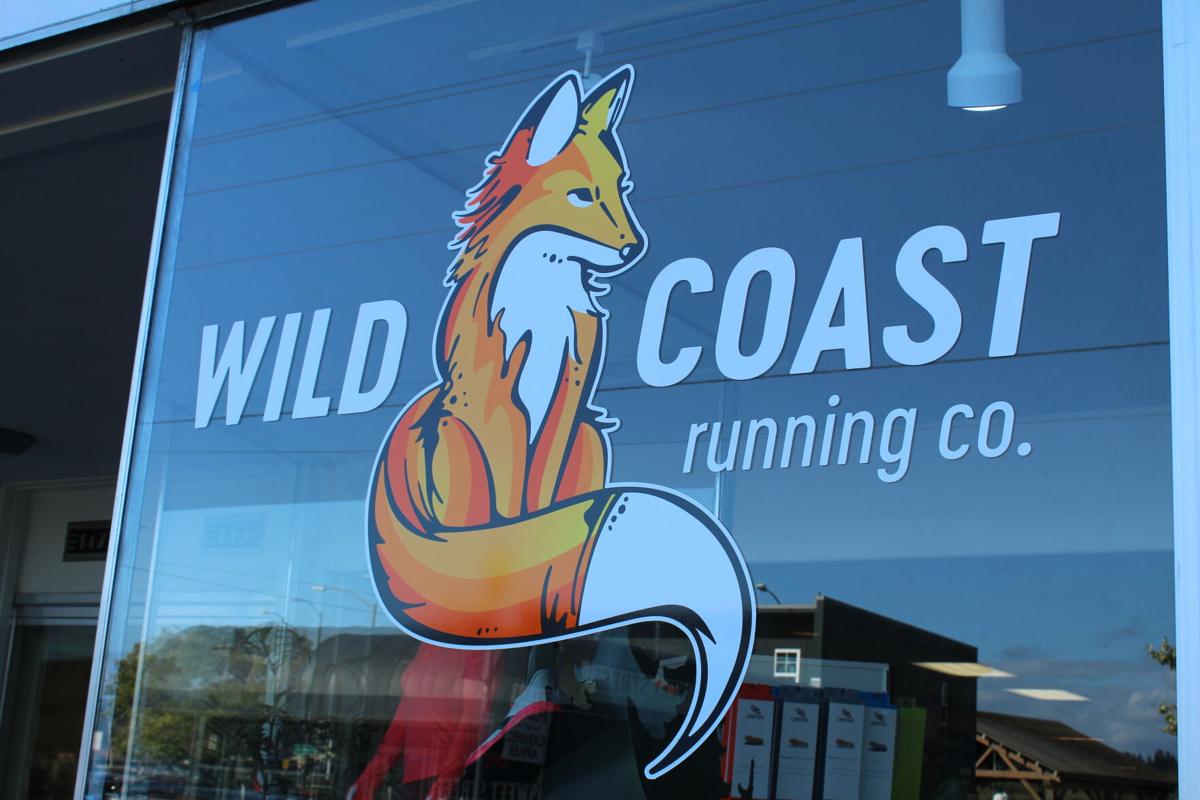 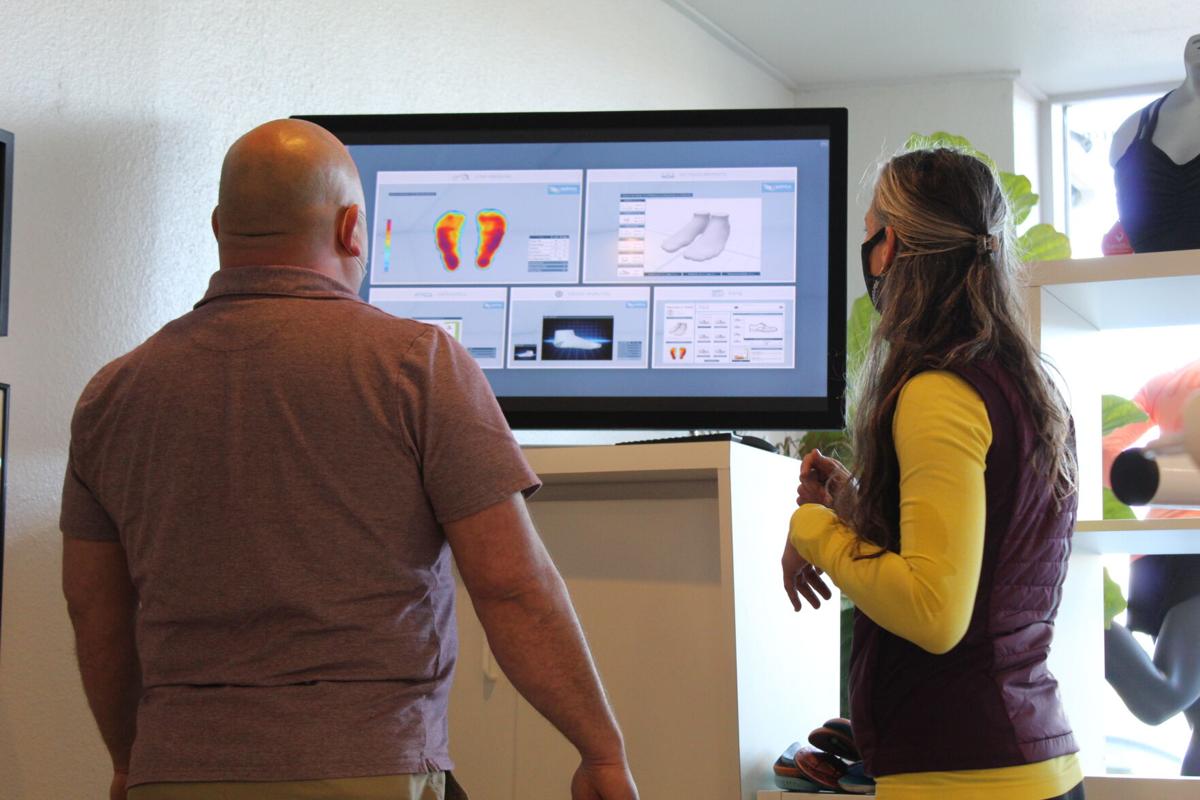 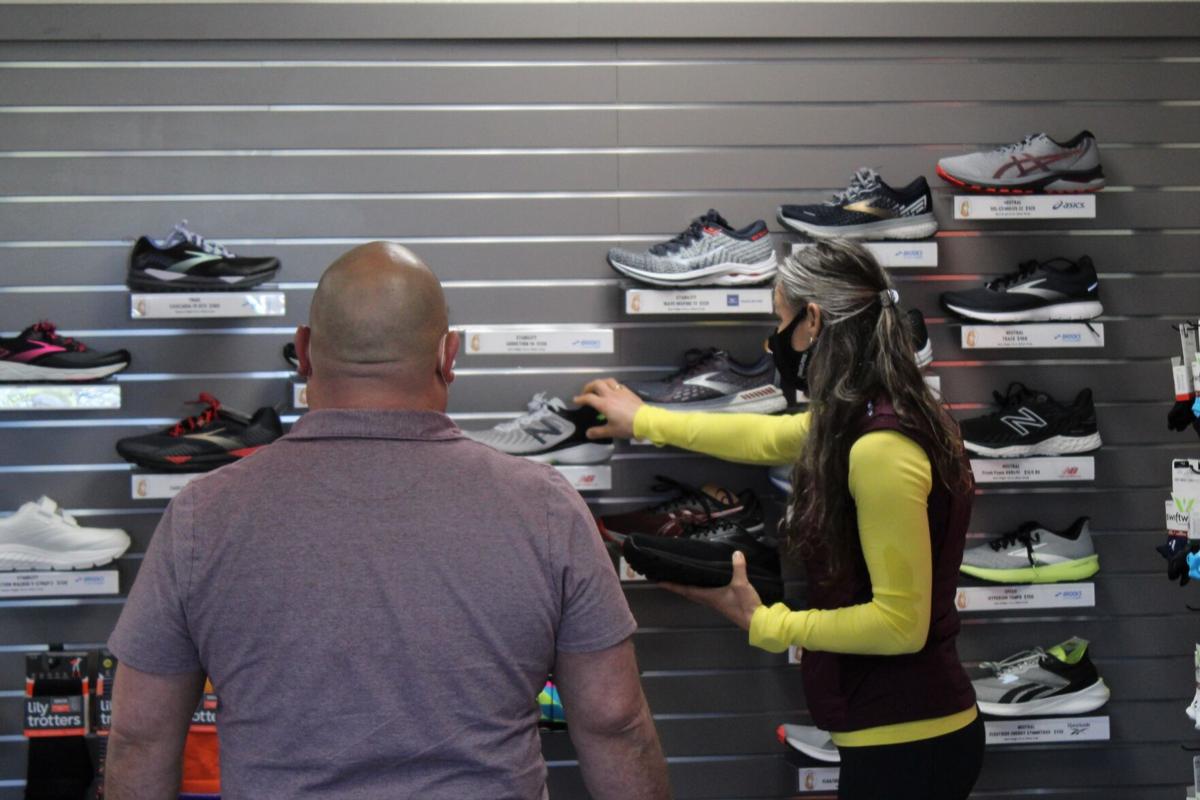 Amarissa Wooden guides a customer through the process of finding the right shoes. 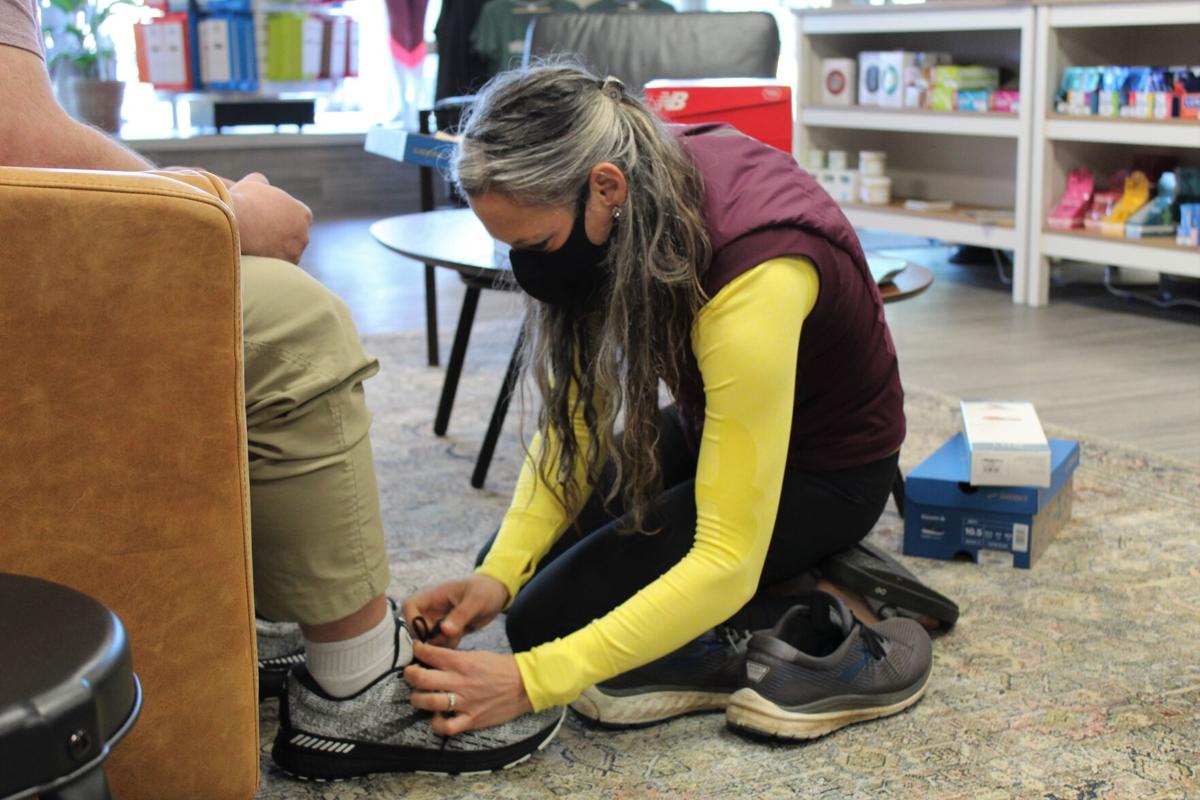 Amarissa Wooden helps a customer get the right fit on the the shoes they're trying on. 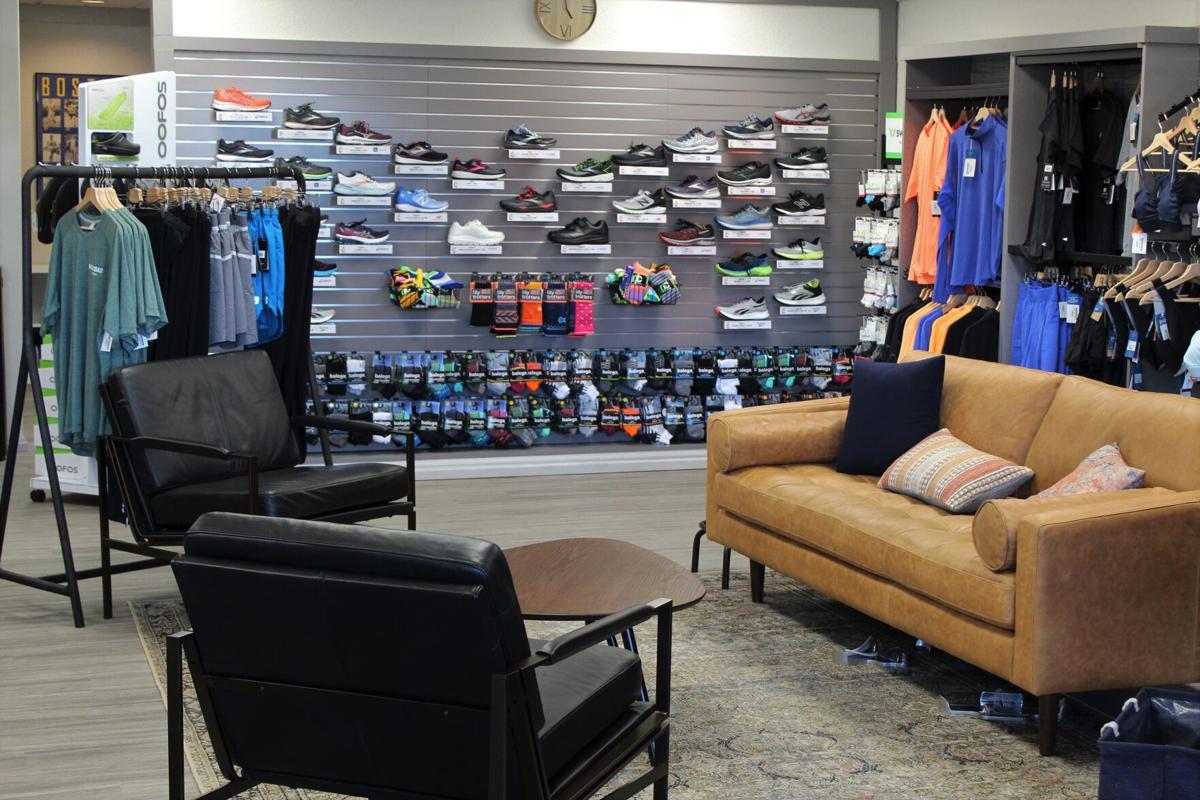 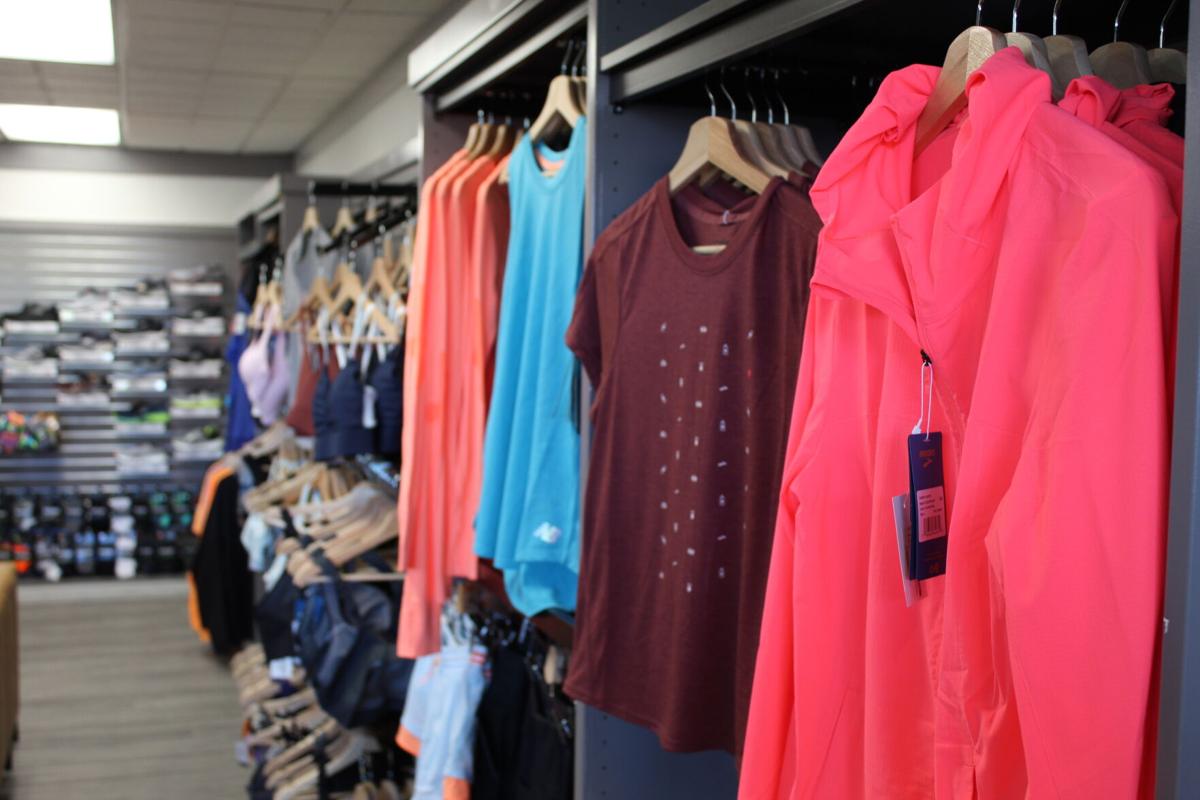 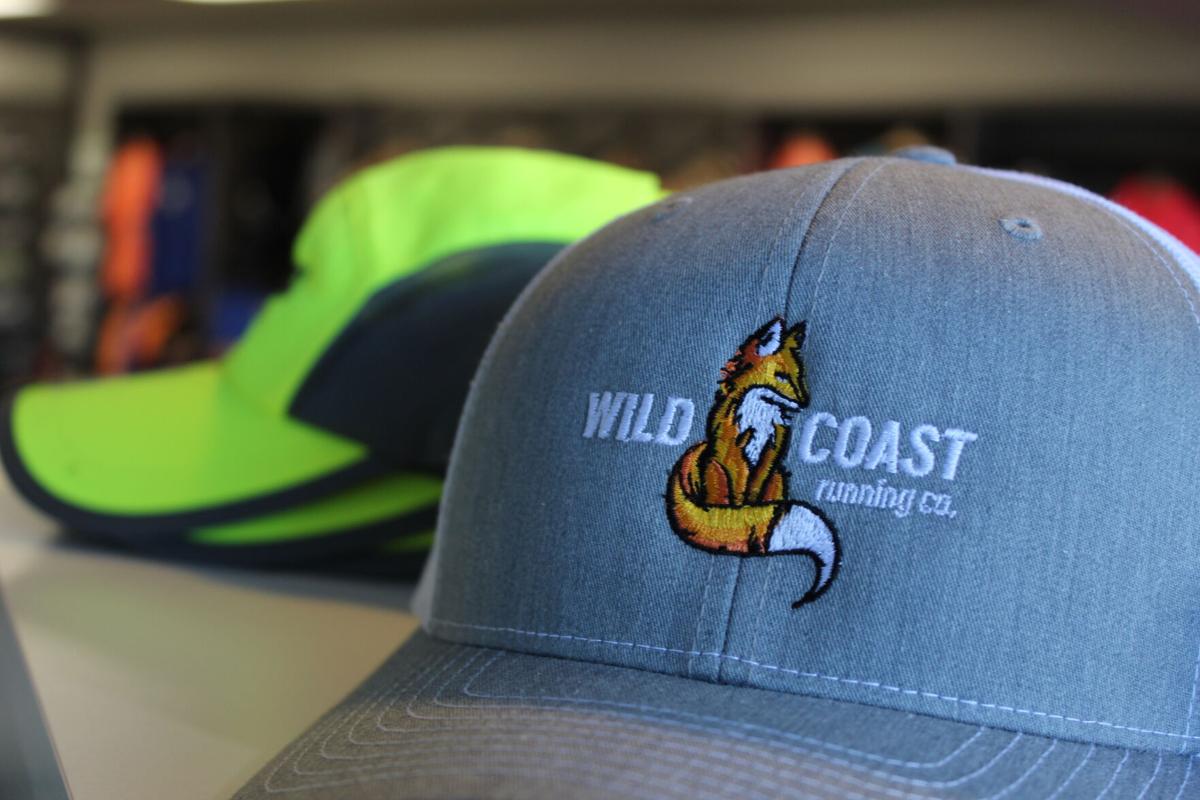 Amarissa Wooden guides a customer through the process of finding the right shoes.

Amarissa Wooden helps a customer get the right fit on the the shoes they're trying on.

You don’t have to be an ultra-marathoner like Amarissa Wooden to try on shoes at her new store in downtown Coos Bay.

While 50-kilometer runs (yes, as in 31 miles) are Wooden’s favorites, she says many of the customers she’s seen in the past month have been people just hoping to get out and walk more often as the spring warms up.

Built on her years as part of the South Coast’s running community, Wooden’s Wild Coast Running Company opened last month and offers shoes, athletic wear and a space to connect for anyone who’s physically active.

“If I can create the community hub for active living, boom, I want it to be here. It doesn’t really matter what the active living is,” Wooden said.

And Wooden knows a thing or two about active living: In the healthcare industry for the last two decades, she’s been the president of the South Coast Running Club for the past five or six years.

From the events she’s planned with the group and the people she’s met while spending hours upon hours running trails around the Bay Area, Wooden’s made a sizeable group of friends who like to run as much, or almost as much, as she does.

But a few years ago, she began to notice most of the people she’s logged miles with had a similar problem finding the right shoes as she did. Without a running specialty store on the South Coast, she’d order four pairs at a time online, just to try them on and send most of them back.

“And it was just exhausting, ordering them and shipping them back. And then I knew I'm like, I'm not the only one doing this, a ton of other people are doing it,” Wooden said.

Beyond just being the inspiration for the store, the South Coast community is represented all over the store: The furniture from local antique stores, the art made by local friends, even the store’s name is inspired by conversations Wooden had with local running partners.

But she hasn’t always been part of that South Coast running community.

Wooden ran briefly in high school, but a quad injury kept her away from the activity for years. That changed 11 years ago at the age of 30, when a friend invited her to run the Bay Area’s Prefontaine Memorial Run.

“And I told her, that was a horrible idea. I was not a runner,” Wooden remembered. “The night before the Pre I went to Fred Meyer, and I bought a pair of shoes, because I didn't even own tennis shoes. And then I decided I was going to go run six miles, just to make sure I could actually run six miles, the night before.”

The Pre — named, of course, for the deity of the Bay Area’s running history, who grew up just blocks from where Wooden’s store now sits — was a turning point for the store owner.

Her day-old shoes didn’t fit right, and she couldn’t always breathe on the course, much less breathe and talk, but she finished the race (in what she recalls as a “reasonably decent” time, no less).

After the Pre, she kept running, training with the friend who’d taken her to the race and her future husband. She learned to run and breathe, then run and talk, then run without spraining an ankle.

Wooden kept running, eventually entering herself into some of Oregon’s biggest races, and bigger races across the country. The South Coast Running Club eventually asked her to take over as president and, by now, she’s run the Boston Marathon twice and coaches the North Bend High School cross country team.

“Ultimately the person you're racing in the, you know, the Boston (Marathon) is yourself. And I would say both my Bostons haven't been my finest runs, but they've been just awesome experiences,” Wooden said.

Inspiring people to achieve their own activity goals is part of why she opened the store.

It’s been a process to do so: She’s been renting the storefront since November, but has spent much of that time retrofitting the inside and getting her inventory ready to go.

And since the shoe suppliers Wooden partnered with produce and ship shoes in six-month cycles, she’s had to work with company representatives to start building an inventory from what they have available.

“Where we would run into barriers was if perhaps some models had no product available for orders, such as they'd already allocated it out to all of their partners so there wasn't any other supply left for complete size runs,” Wooden said.

Still, the store’s got a wall full of shoes, as well of racks of athletic pants, shirts, socks, hats, bras, visibility and hydration gear and more.

If customers aren’t sure where to start, Wooden walks them through the process. She starts by having them step onto a specialized pad, which scans the size and shape of their feet to recommend a shoe size and style of insole.

She’s still learning about her customer base — she’s seen a lot of her running friends come into the store, but she’s also met a lot of people she doesn’t know. Many ask her to special order shoe and clothing sizes she wasn’t expecting to see many of when she started.

“So now I'm just playing, and it's just so much fun to do that. And I've enjoyed the experiences working with people again,” Wooden said.

Beyond running shoes, Wooden said she’s hoping Wild Coast can be a store for anyone living actively. What’s more, she wants the space to be a place where the community can share ideas, like spreading the word about upcoming yoga classes or organizing stroller walking groups.

“And that's kind of how this all started was I just had a keen interest in solving a problem,” Wooden said. “And I also really wanted to figure out something I can do where I could just share my love and passion and maybe help inspire other people to just become passionate about whatever it is they truly enjoy.”

Wild Coast Running Company is located in Coos Bay’s Hub Building at 145 S Broadway, and is open Tuesday through Saturday from 10 a.m. to 6 p.m. on Sundays from 11 a.m. to 5 p.m.