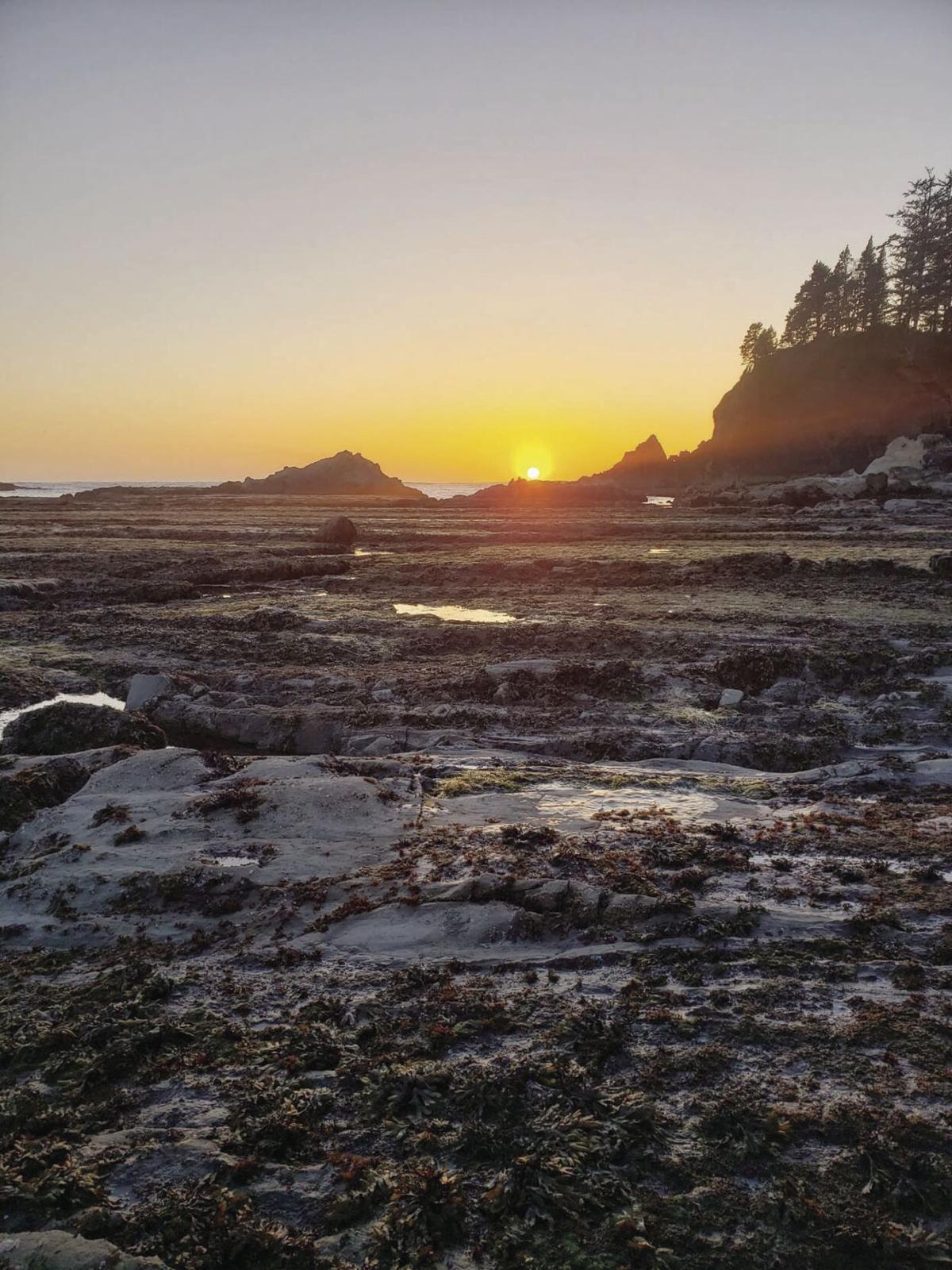 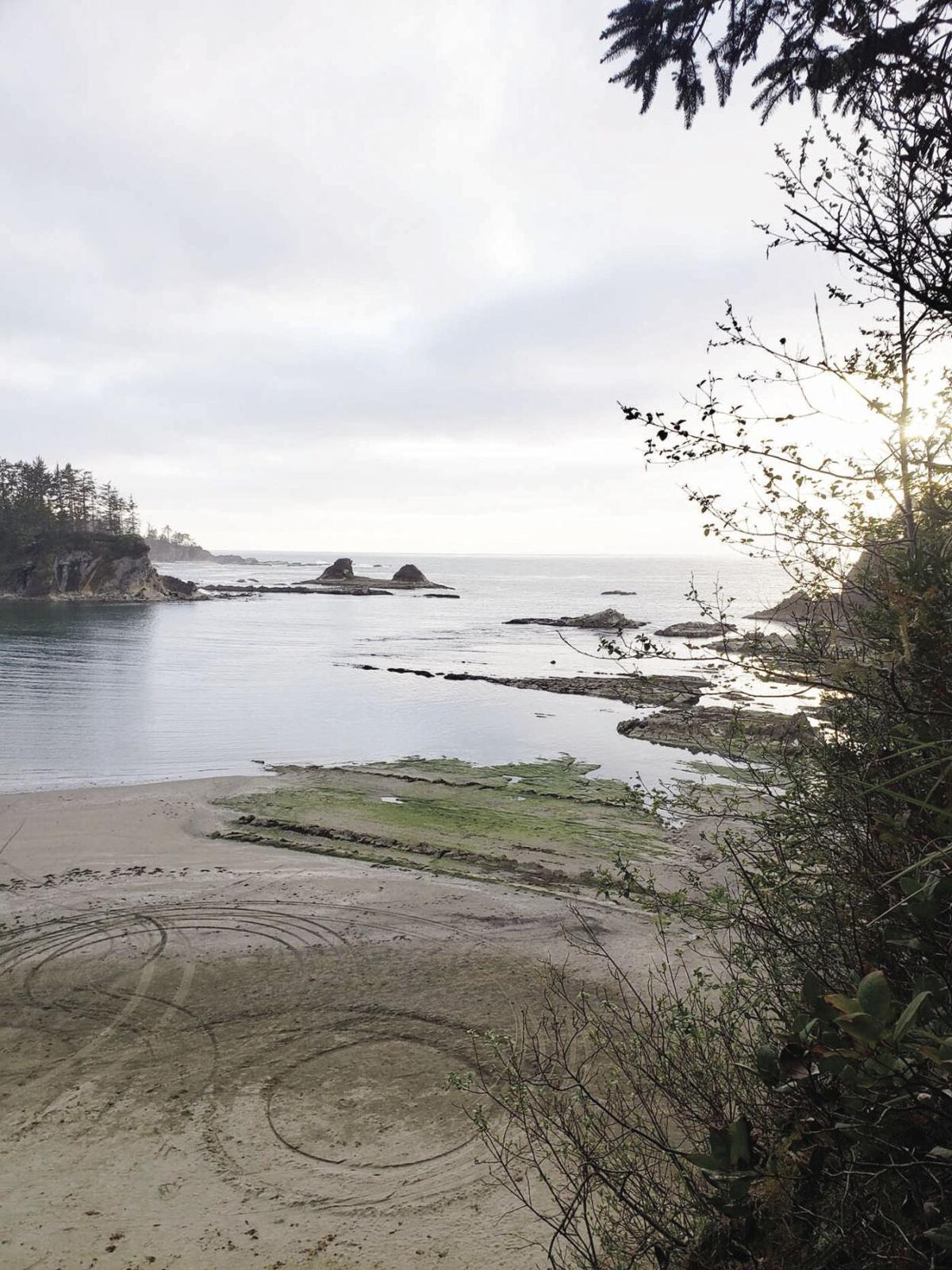 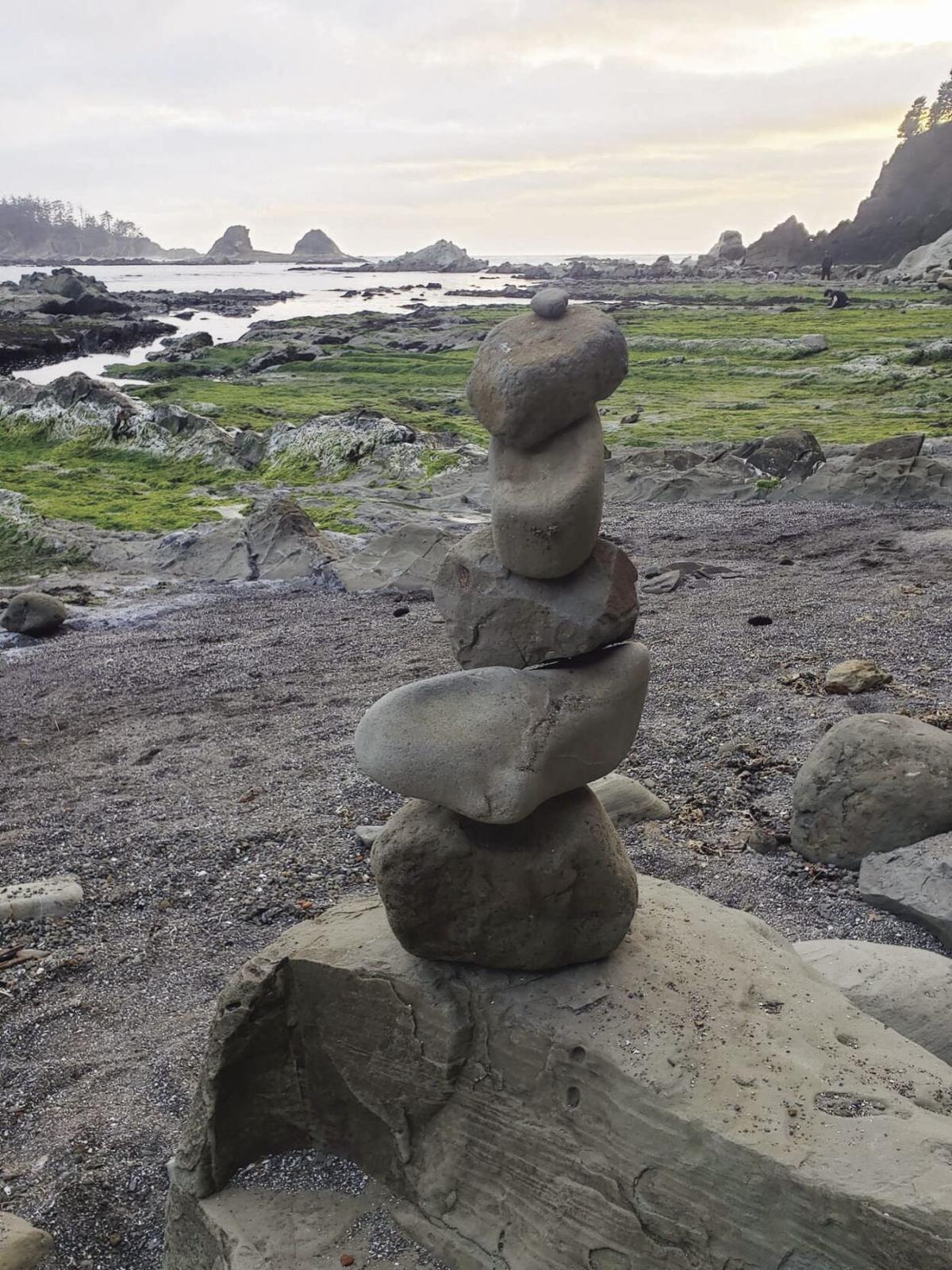 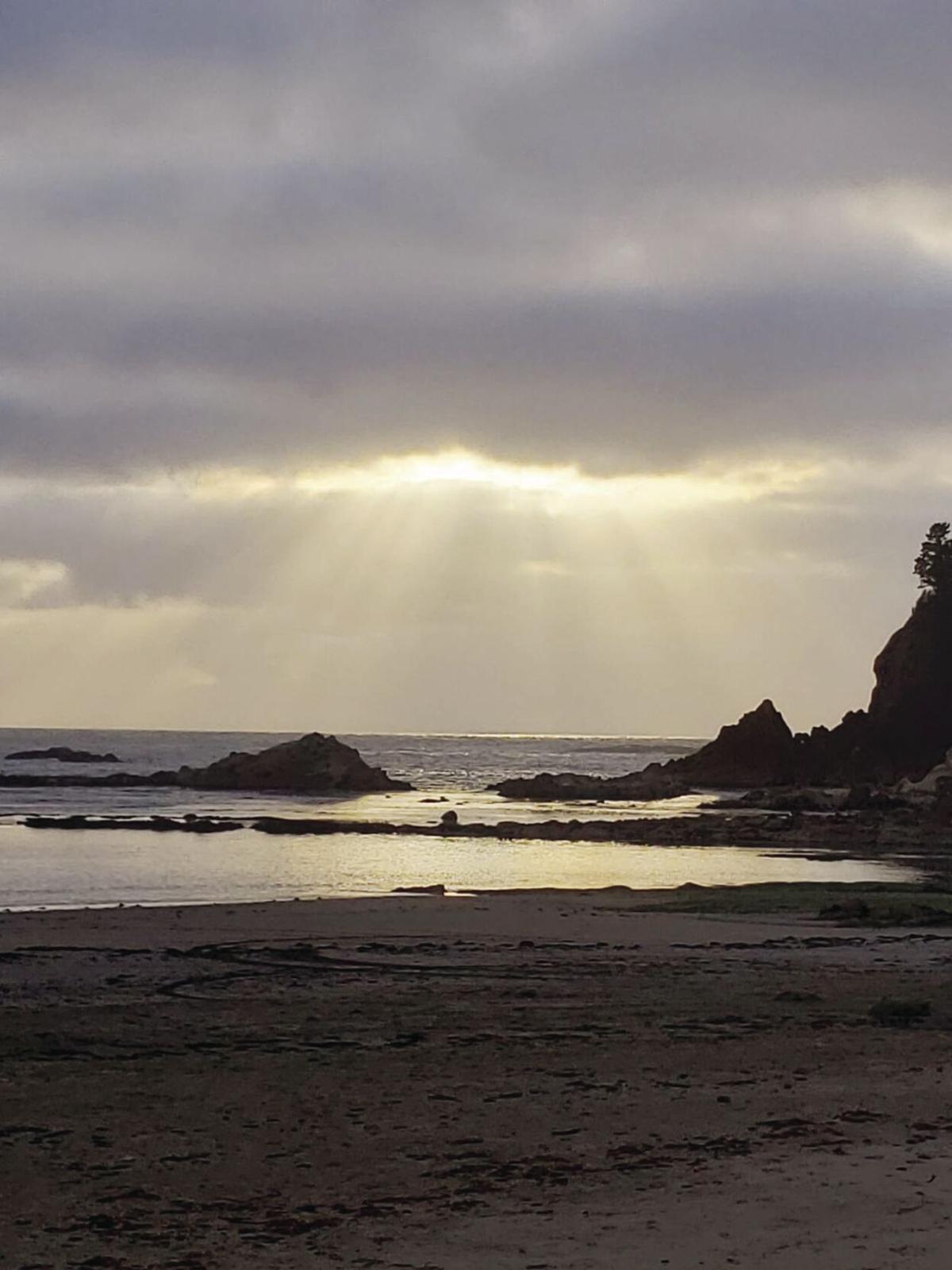 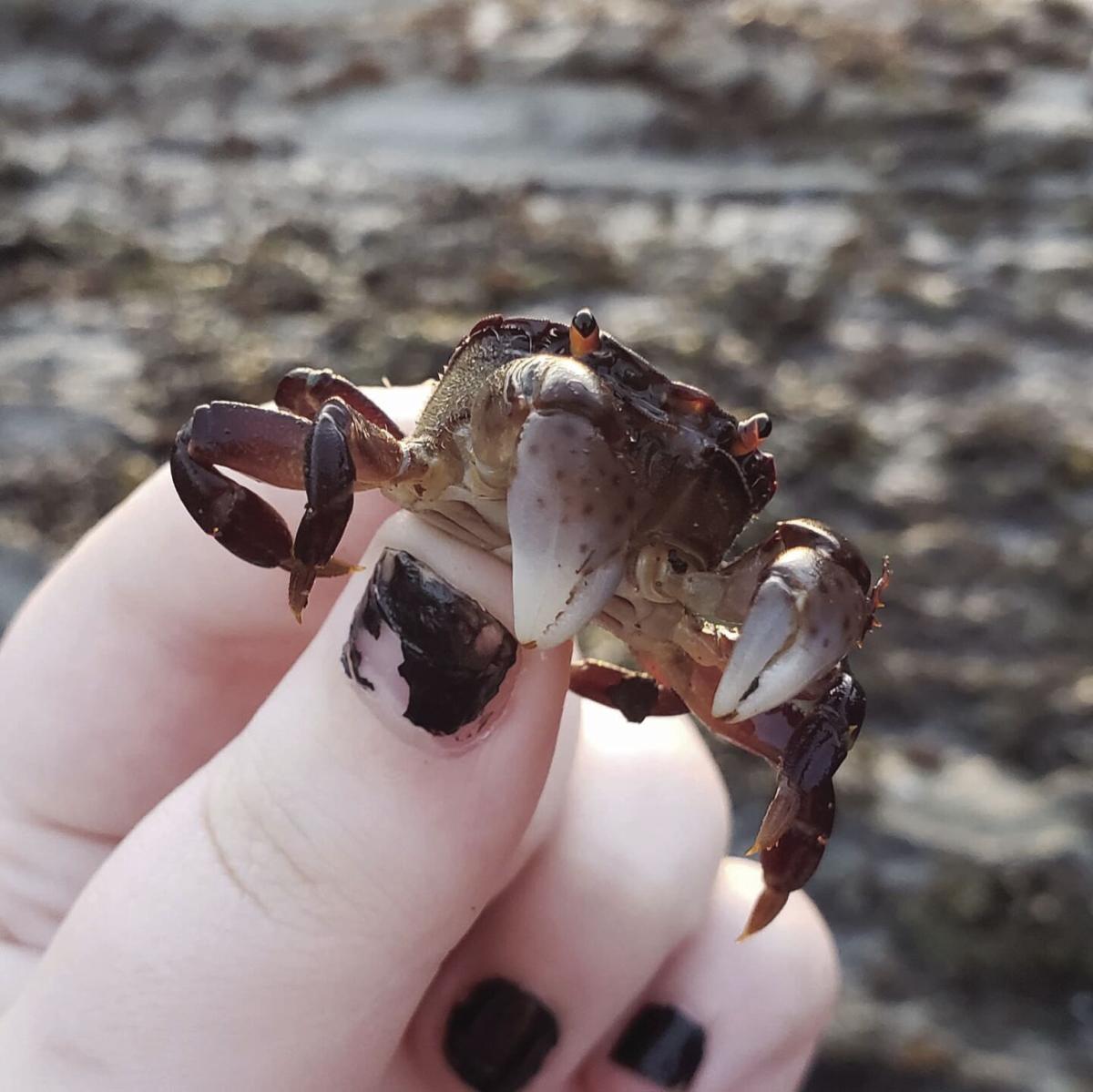 I grew up and spent the majority of my life in Southern Arizona. While I lived there, I remember two things Arizonans were extremely proud of.

First, when the rest of the country changed clocks for Daylight Saving Time, we didn’t. Second, the sunsets when the sun slid behind the Rocky Mountains were unbelievable. The reds, yellows and purples that lit up the sky day after day were brilliant.

So, when I was told I needed to watch the sun go down at Sunset Bay, I wasn’t expecting a whole lot. But my wife and I decided to give it a try, so we took the kids down a few weeks ago about an hour before sunset.

We spent that time exploring the area, climbing on the rocks, looking into tide pools, enjoying the last minutes of sunlight.

This is supposed to be about sunsets, but do explore the tide pools. Move some rocks around, look at everything that is moving. My kiddos gathered up more than a dozen small crabs and a few Hermit crabs. Another girl we saw had actually found a small eel that was left behind when the tide receded. One man stopped me just to talk about the largest anemone he had ever seen, and it was right there in the rocks.

Don’t worry, all of the living animals were returned safe and sound before we left. But it was a lot of fun. Exploring is always recommended.

It felt like that hour took forever, but the sun finally got close to the horizon se we moved back to the beach to wait and watch.

It didn’t take long. With the sun near the ocean, it felt like time stood still and sped up at the same time. You could almost see the Earth spinning as the sun steadily moved down to the ocean and then slowly disappeared.

For about five minutes, there was silence on the beach, as my family and several others stood in awe. It was an experience I will never forget. It’s hard to put into words the feeling you get while watching something nature has done for eternity. It was almost spiritual.

As soon as the sun disappeared, the silence was broken as a young man near us started yelling to his friends. He kept yelling, “Come here, come here.” When they finally arrived, he excitedly told them how he watched the sun disappear into the ocean. They weren’t impressed, but they didn’t see it.

Watching the sun go down at Sunset Beach is nothing like I experienced in Arizona. The colors are brilliant, but very different. The experience isn’t about color, it isn’t about beauty so much. It’s about the experience.

For a minute or two, the world slows down. Everything around you comes to a stop, and the only thing that matters is the sun steadily dropping below the horizon.

It was so exciting, no one in my car stopped talking about in all the way home. And the next day, we headed back to see it again. We went back again, a few days ago, only to have clouds roll in before the sun hit the horizon. But even that experience was moving, as we saw what my wife calls “God rays” shining through breaks in the clouds.

Sunset Bay has long been a popular spot near Coos Bay, and I know almost everyone has been there. But do yourself a favor and go out one more time. As the sun is going down, stop everything and watch. It’s worth it.

To reach Sunset Bay from Coos Bay or North Bend, follow the signs that send you to the beach from either city. When you get to Cape Arago Highway, follow it through Charleston and continue straight. When the speed limit slows to 25 and there are speed bumps, Sunset Bay is on your right.