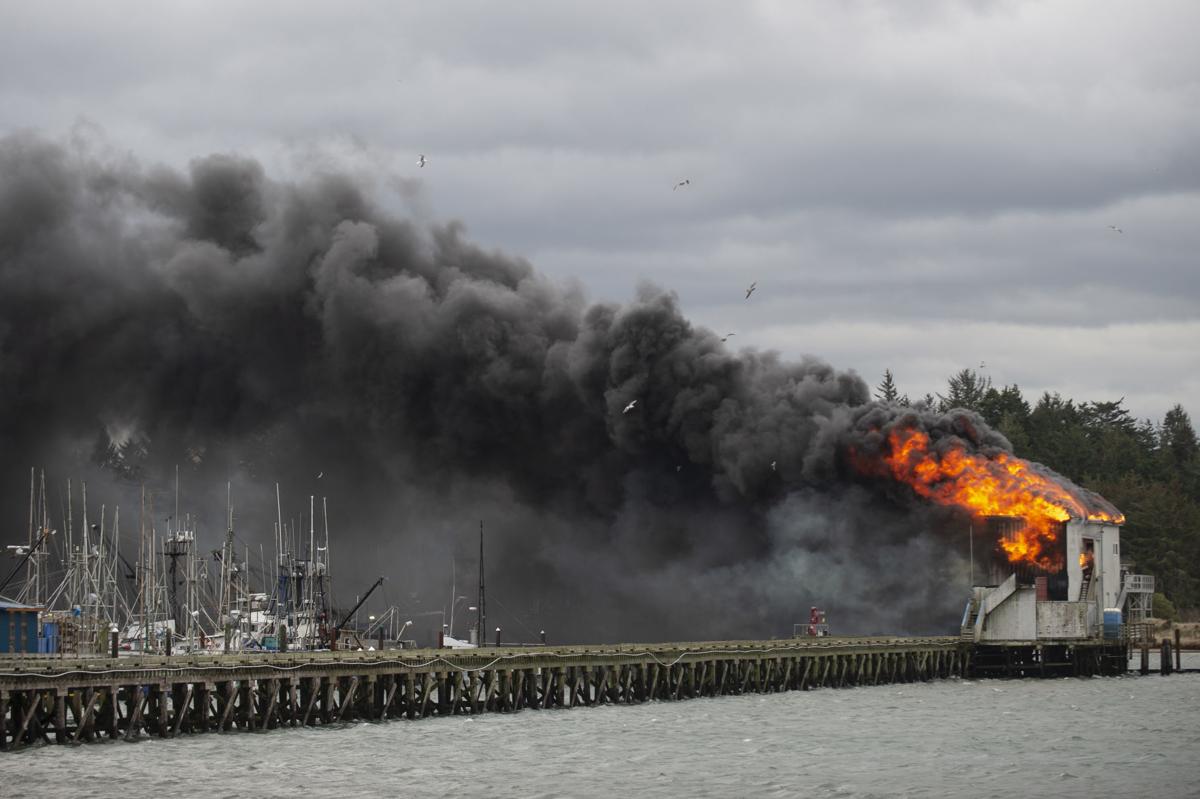 A fire rages on the Charleston Ice Dock releasing a plume of ammonia laden smoke Thursday in Charleston. 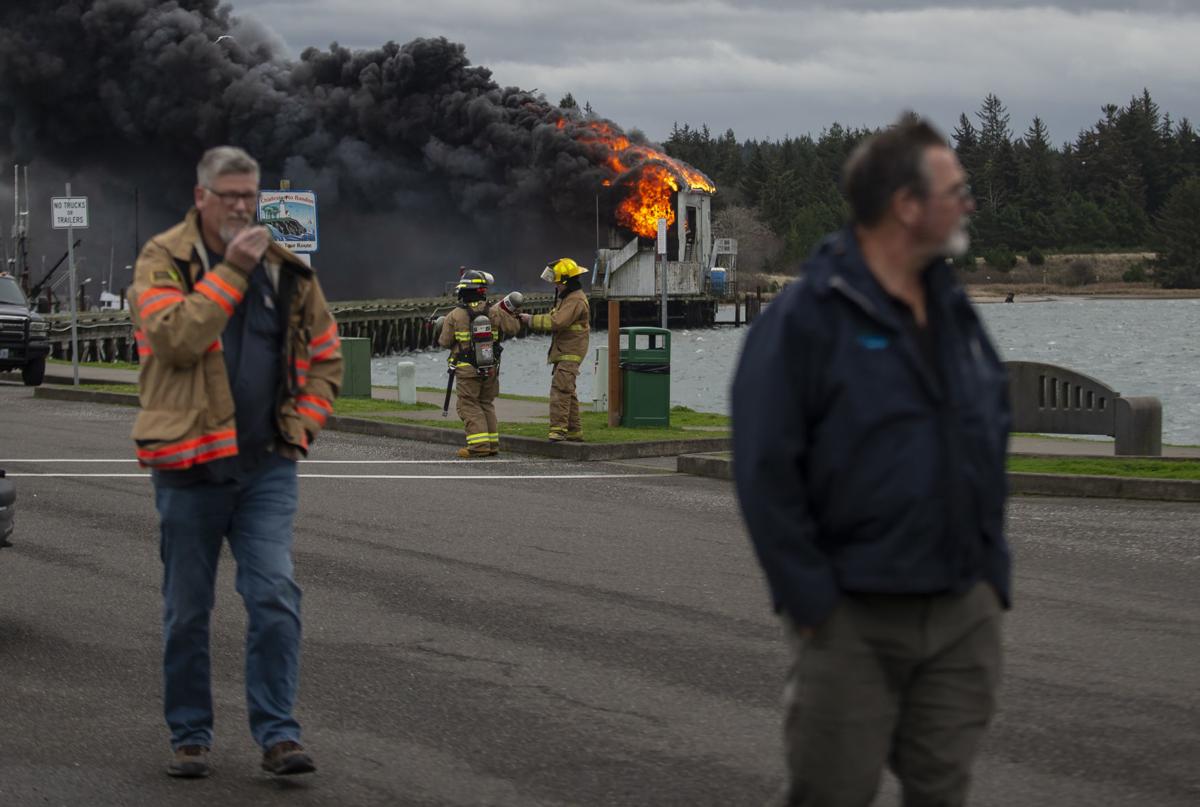 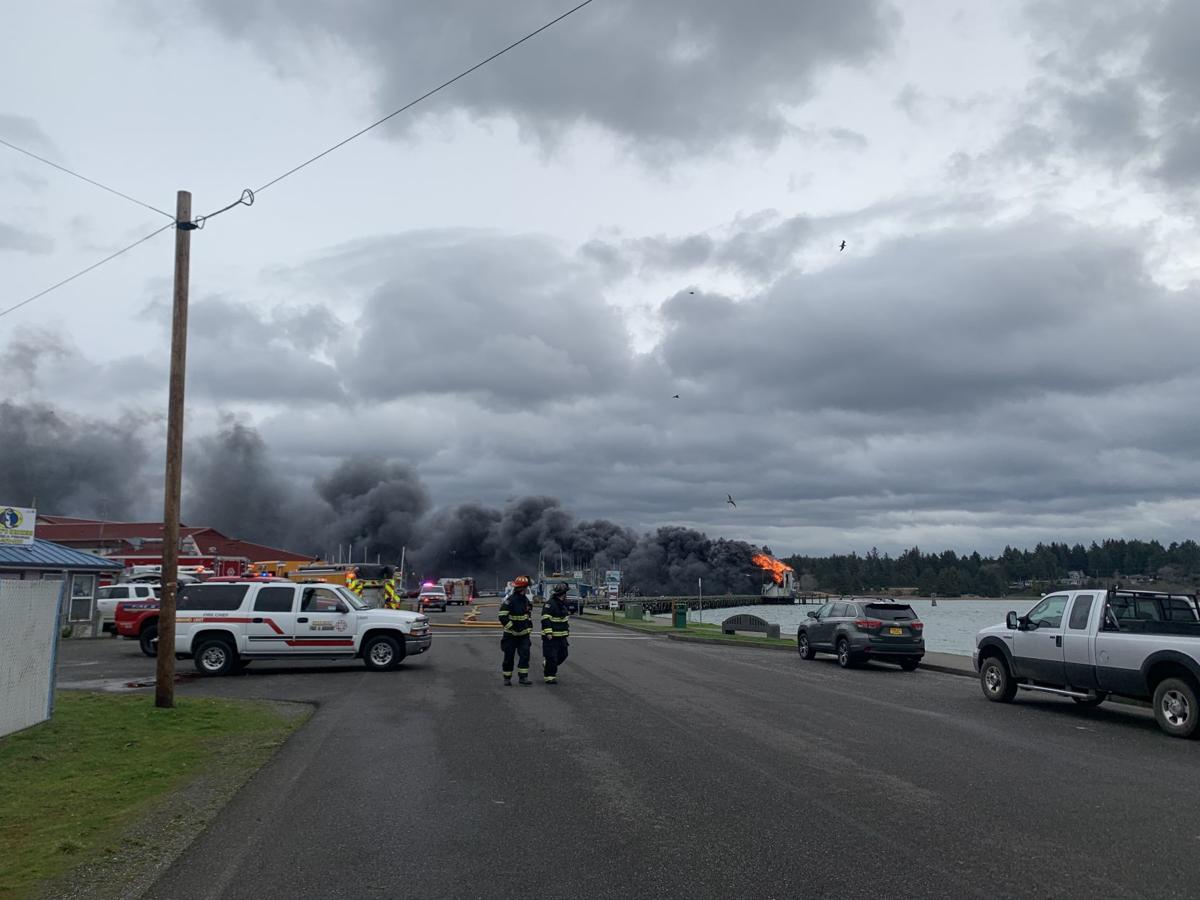 The ice house on the Charleston dock is on fire and toxic fumes are being release. The public is advised to stay away. 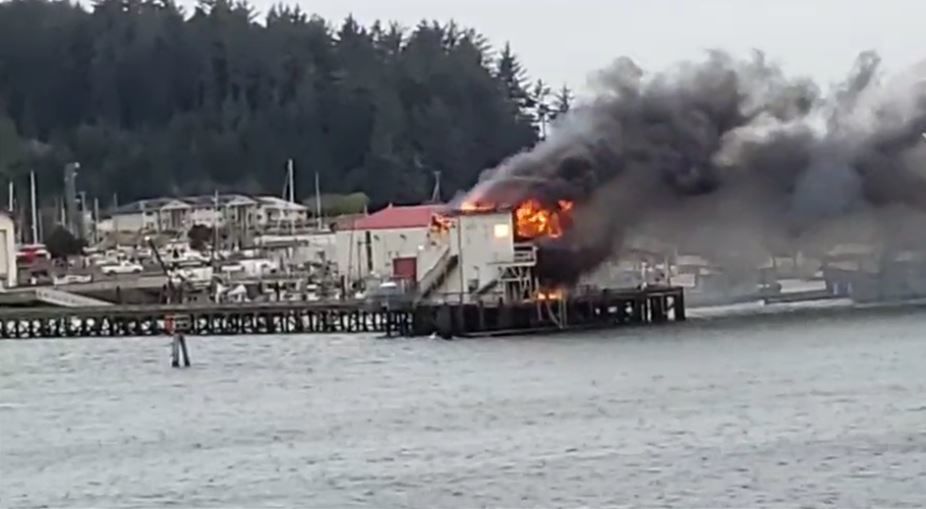 The Charleston Ice House caught fire this morning and is letting off dangerous fumes. The public is warned to stay away from the area until it is contained. 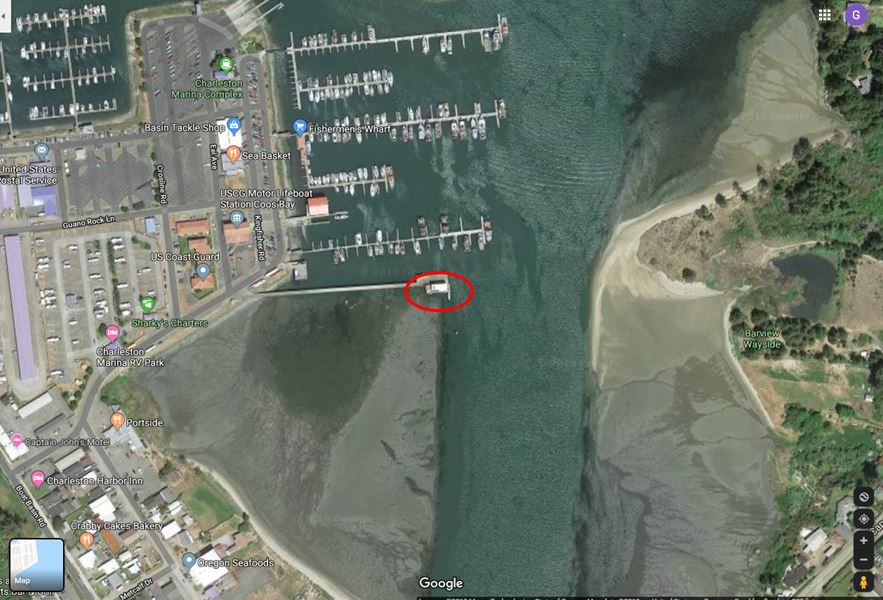 A fire rages on the Charleston Ice Dock releasing a plume of ammonia laden smoke Thursday in Charleston.

The ice house on the Charleston dock is on fire and toxic fumes are being release. The public is advised to stay away.

The Charleston Ice House caught fire this morning and is letting off dangerous fumes. The public is warned to stay away from the area until it is contained.

CHARLESTON — The Charleston Ice House is a complete loss following an early morning fire Friday that spewed toxic ammonia fumes into the air, causing authorities to warn the public to stay as far away as possible. No injuries were reported.

As of 11:30 a.m. all precautions related to the Charleston Ice House fire, such as shelter-in-place and evacuations regarding the hazmat response had been lifted. At that time, the toxic plume had dissipated enough that officials said there was no further impact to citizens, and firefighters were moping up the scene and addressing residual hot spots.

At approximately 7:45 a.m. Friday, as Port maintenance staff were making daily rounds of marina facilities, staff thought they saw flames within the Charleston Ice Plant building, which is located across from the U.S. Coast Guard Station, according to a press release from the International Port of Coos Bay.

"Staff immediately followed all emergency response protocol to de-energize the electricity and evacuate the building and immediate area," the release said.

Authorities confirmed that the Charleston Ice Plant was on fire and releasing ammonia into surrounding areas. At 10 a.m., the plant was declared a total constructive loss following the direction of local fire departments and the regional hazmat division.

"Under the guidance of local authorities, Port staff determined that the best course of action was to let the Charleston ice plant fire run its course while first responders remained on standby," said the release. "Fortunately, a strong south wind pushed smoke out over the bay and out to sea throughout the course of the fire."

The Charleston Marina and RV park were evacuated at approximately 10 a.m., with Port staff going door-to-door and boat-to-boat to ensure the safety of individuals within the Marina complex.

The state fire marshal is investigating the incident. Access to the Charleston Marina has been reopened to the public following clearance from emergency responders. However, to ensure public safety no access by road or water will be allowed in and around the Charleston Ice Plant dock.

"The Port would like to thank and recognize the phenomenal efforts of the various responding units," said the release. "Port staff are now working to secure the Charleston Ice Plant property. The property will be inspected in partnership with all necessary authorities to ensure that all potential hazards are secured and removed."

Port staff are working to create a short-term plan to obtain commercial-grade ice to serve the Charleston fishing fleet, while longer-range planning is completed for the construction of a new ice plant facility.

Out of all the places Oregon Coast Outreach has set up to feed the homeless, it saw the largest crowd in Charleston. Now for the nonprofit’s first Christmas meal, it is heading back to Charleston where founder Kermit Gaston plans on another big crowd.