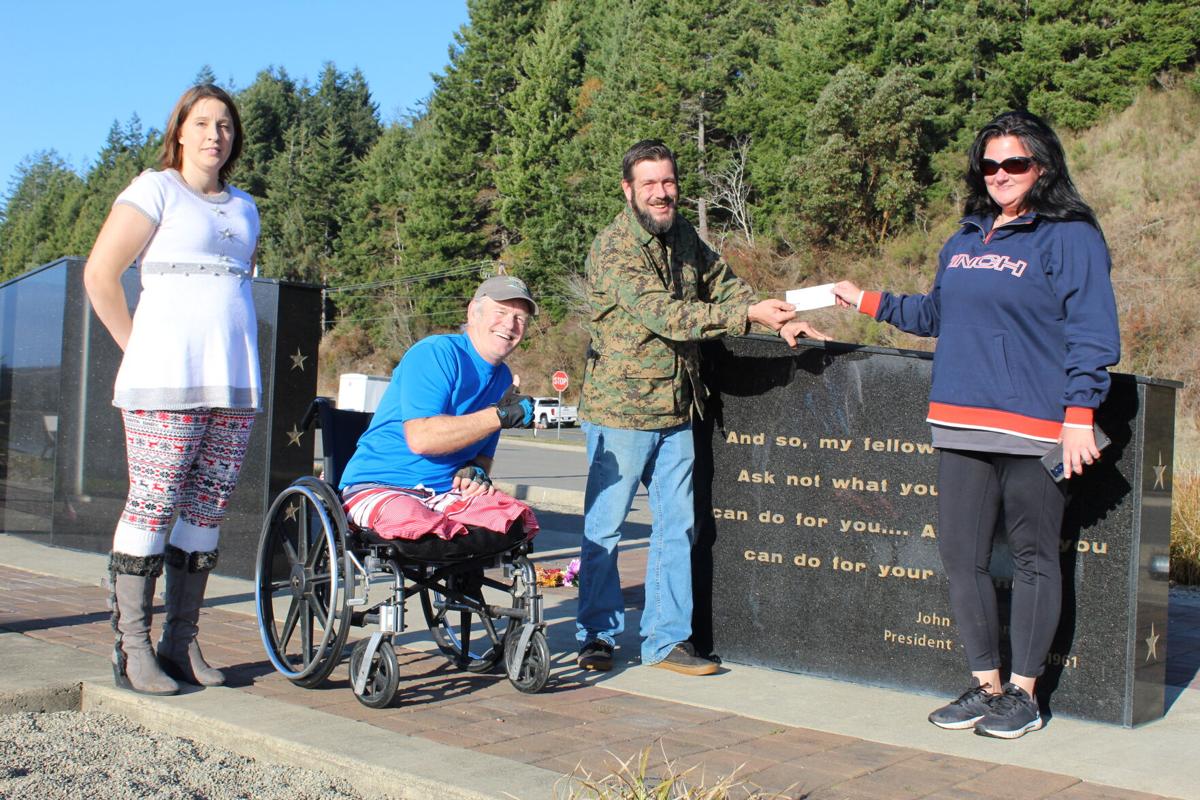 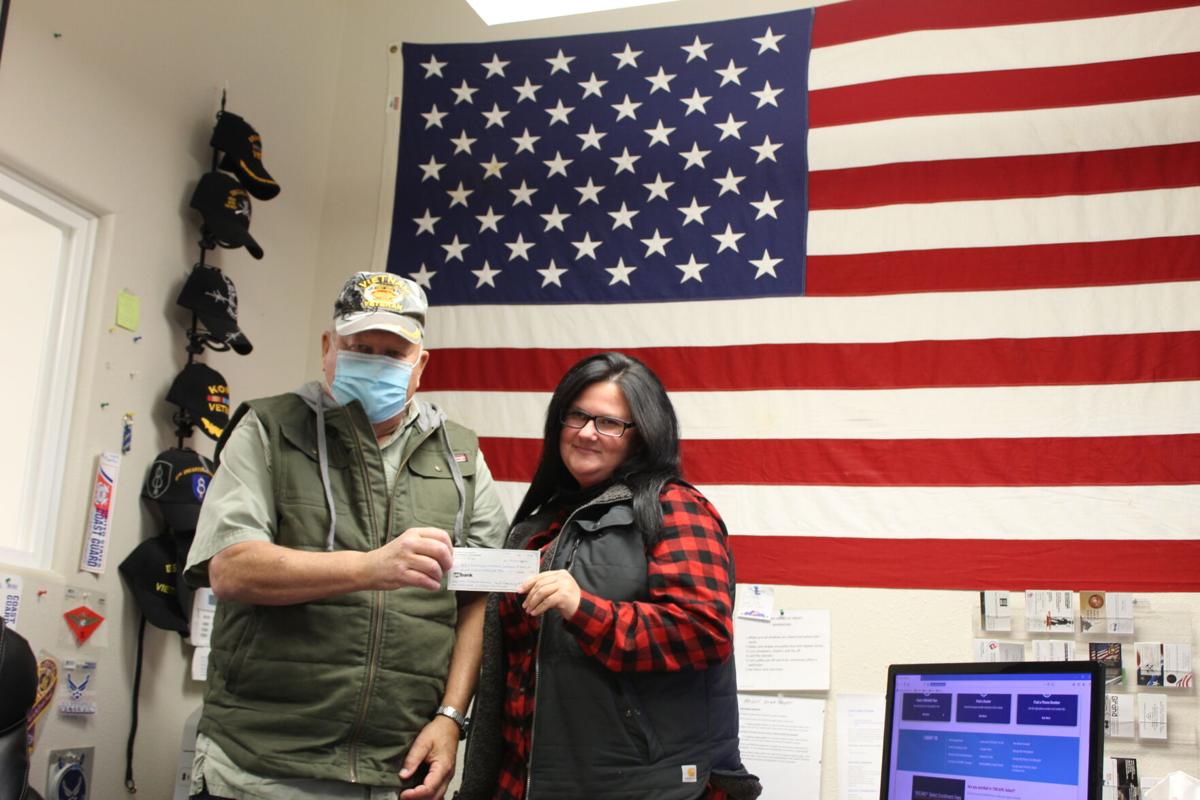 NORTH BEND — A handful of local veterans organizations received a boost this fall after donations from the annual UTV Takeover event, held in at the Boxcar Hill Campground in October.

The Fishing Veterans of America already has a plan for its donation: The installation of an irrigation system at the David Dewett Veteran’s Memorial Wayside, on U.S. Highway 101 just north of the McCullough Bridge.

The donation has a special tie to the project — Point Man Ministries built and maintains the wayside, but asked FVA for assistance in installing the irrigation system for the grass and shrubs. To help with the project, Point Man donated the $550 it received from the UTV Takeover event to FVA, too.

FVA’s mission is to promote alternative forms of therapy through adventure sports for veterans and people with disabilities, according to FVA President Travis Bainum.

“It gives veterans a sense of belonging and purpose that we long for,” Bainum said of FVA’s mission.

The organization engages veterans in a number of kinds of adventure sports as therapy, like surfing, foraging and UTV riding, which is how FVA got involved with October’s UTV takeover event. They also use volunteer projects, like the volunteer event they plan for installing the irrigation at the wayside.

“It’s a lot more than fishing,” said Larry Bainum, Travis’ father and the organization’s director of disabled and children services. “It’s about what you’re fishing for.”

Southwestern Oregon Veterans Outreach received a donation, too. $850 from the event went to the organization, which plans to use it for operating expenses.

SOVO works to connect veterans and their families with the government benefits that they’re entitled too, but that are often difficult to access.

“Sometimes they don’t have an advocate. And that’s rough,” said Tom Benz, SOVO’s secretary and treasurer.

Lately, as the community’s veteran population continues to age, many of SOVO’s calls have been for medical transportation, Benz said.

The donation is a boost for the organization: Since much of SOVO’s work is considered “general operating expenses” by some definitions, it can be challenging to apply for outside grants.

These UTV Takeover donations went to charities selected by the event’s gate security team, according to team leader Krystal Hopper.

Over half of the nearly 40 volunteers on Hopper's team were veterans, she said. Some came from out of town, including from Bend and Lebanon.

The annual Coos Bay UTV Takeover event is one stop on a nationwide tour of gatherings for UTV enthusiasts. It brought thousands of visitors to Oregon’s dunes this year.