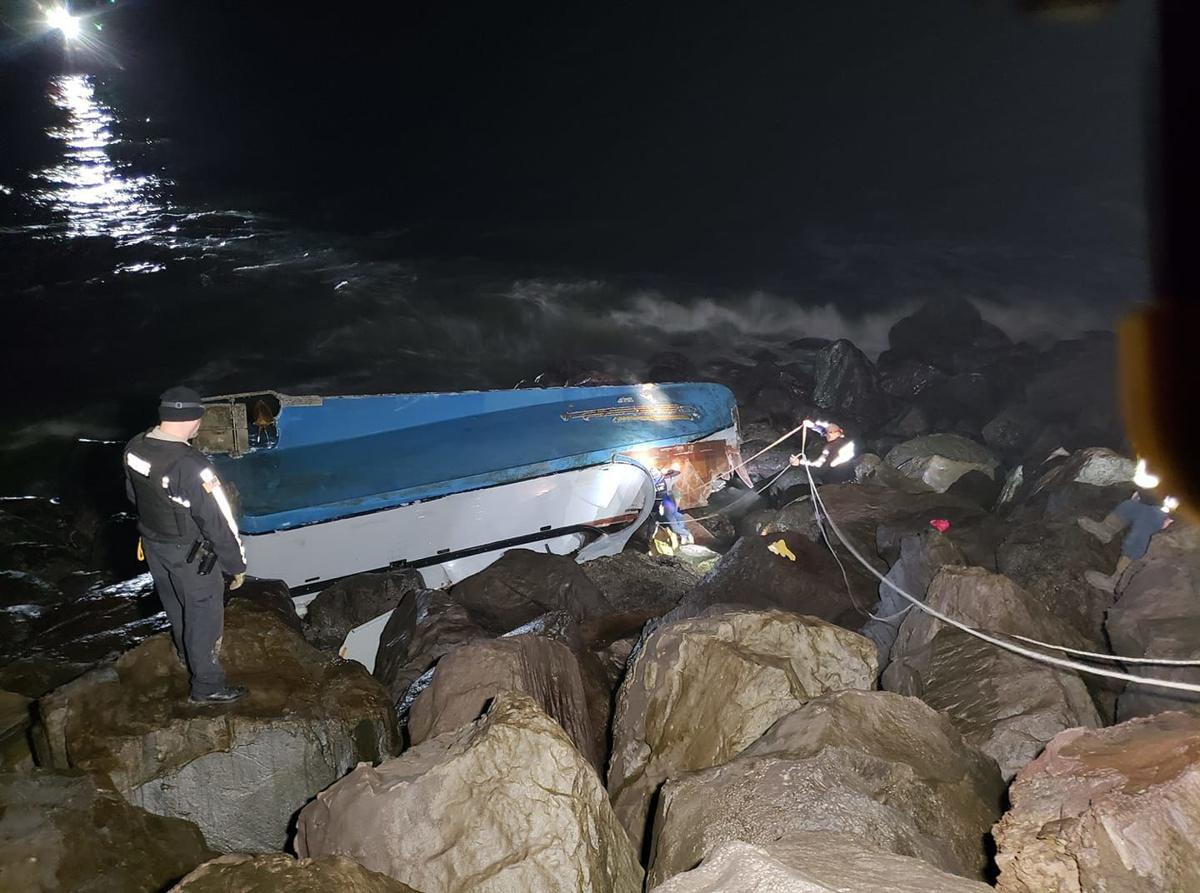 Personnel from North Bay and Hauser Fire responded and assisted the U.S. Coast Guard air and water assets to find the victims of a capsized vessel on Tuesday. 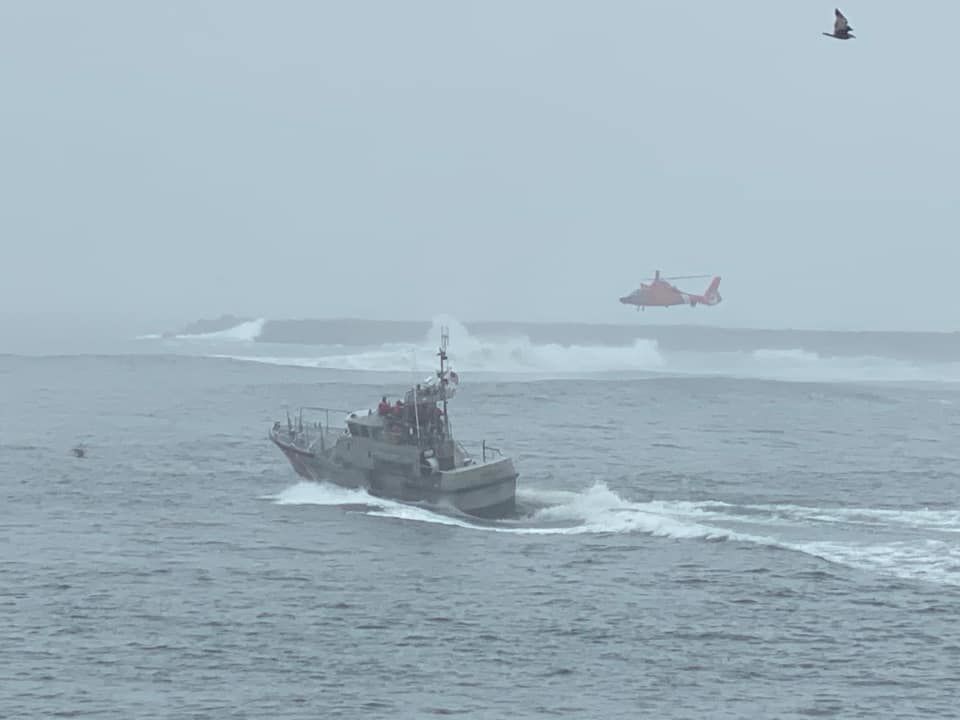 NORTH BEND — The three fishermen have been found alive by search crews.

According to a press release from the North Bend Fire Department, personnel from North Bay and Hauser Fire responded and assisted the U.S. Coast Guard air and water assets to find the victims of a capsized vessel on Tuesday, Jan. 14.

Personnel from North Bay and Hauser Fire responded and assisted the U.S. Coast Guard air and water assets to find the victims of a capsized ve…

“While searching for victims on the north jetty, firefighters heard screaming from the wreckage,” the release said. “Firefighters made their way to the boat and the crew of three were still trapped inside the vessel.”

Firefighters cut through the upside-down boat to gain access to the trapped crew.

“We are happy to report the crew has been rescued, is accounted for and receiving medical attention,” the release said.

As The World reported previously, the search for what were believed to be three missing crew members began Tuesday evening around 6 p.m. with a U.S. Coast Guard aircrew and two boat crews near the entrance to Coos Bay after a capsized vessel was spotted on the jetty tips.

The boat was a 38-foot fishing vessel, the Pacific Miner.

Shortly after receiving the report, the Coast Guard received an electronic position indicating radio beacon transmission that was automatically activated when the EPIRB was submerged in water. The EPIRB was registered to the fishing vessel Pacific Miner.

The Pacific Miner reportedly has approximately 300 crab on board.

The Coos Bay bar was restricted Tuesday evening to recreational vessels 40-feet and below. The reported conditions include 8- to 12-foot breaking waves with low winds. There is four miles of visibility.

The owner of the vessel has been notified of the incident.

This story will be updated as more information is released.

The National Weather Service has issued a high wind warning from 7 a.m. to 7 p.m. Wednesday. A frost advisory is in effect from 11 p.m. tonight to 9 a.m. Wednesday morning.