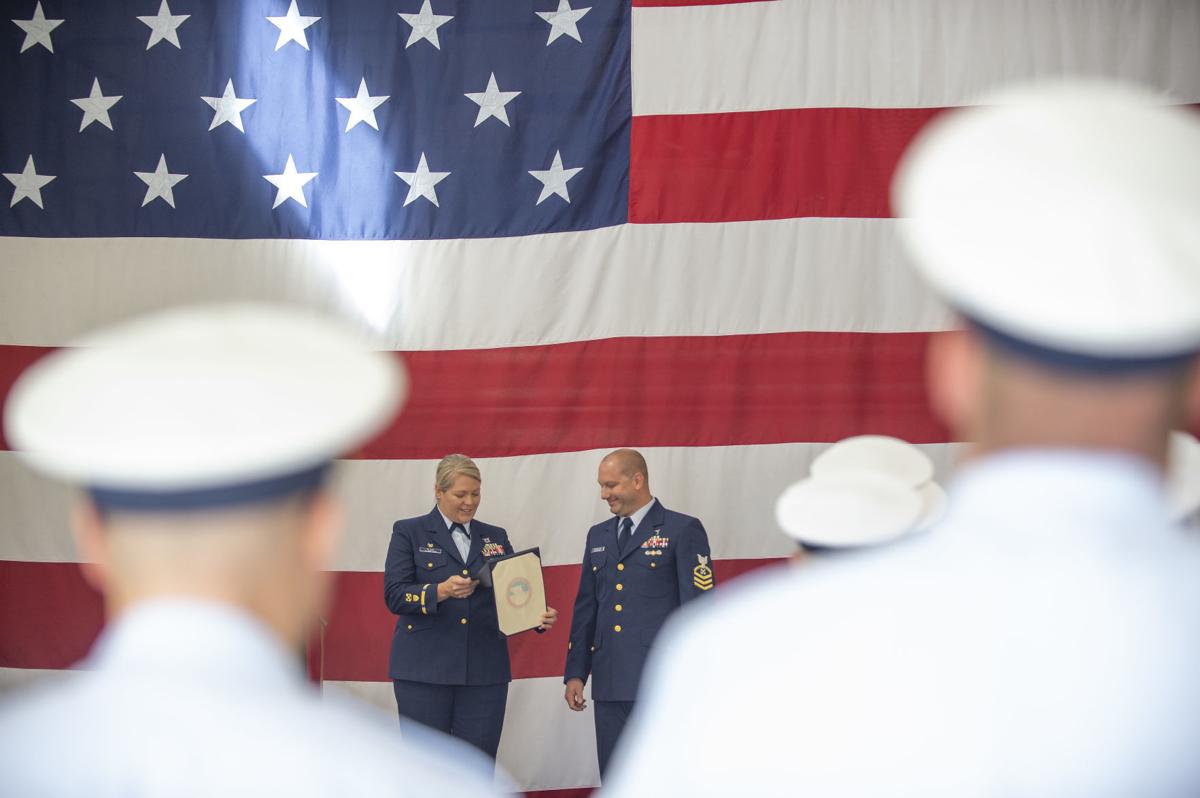 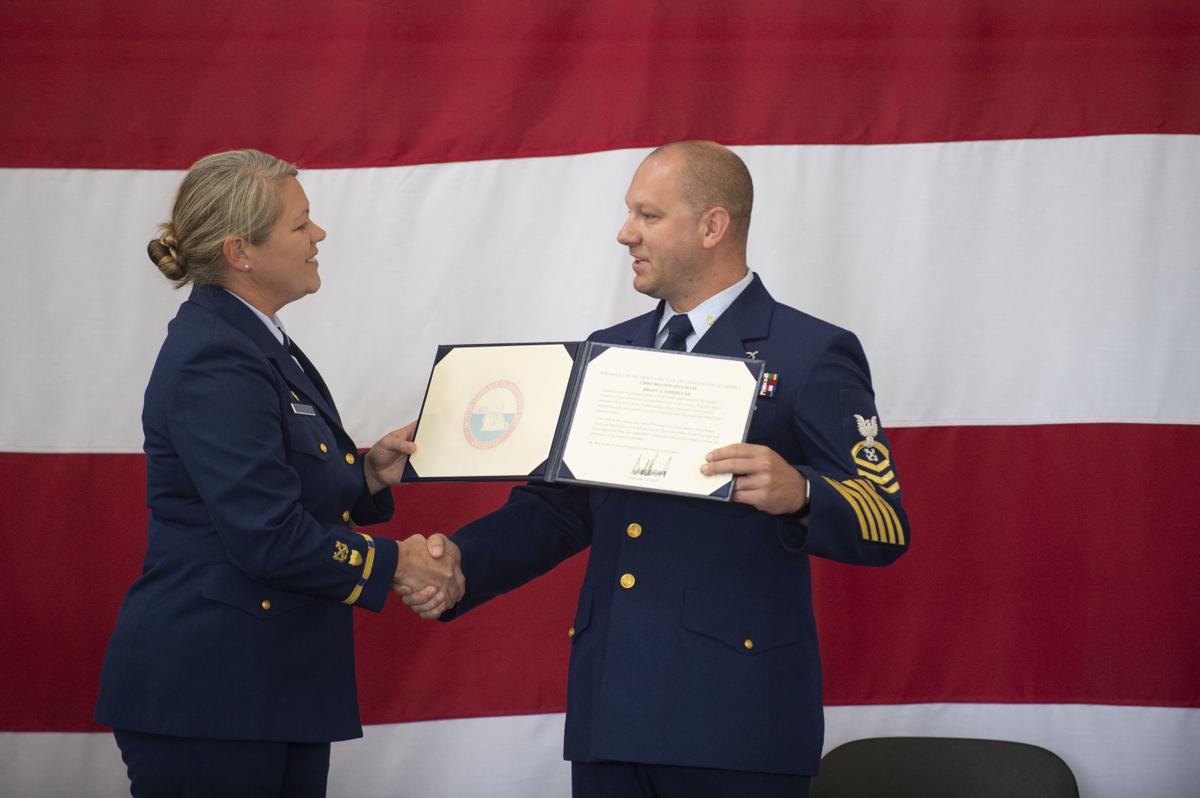 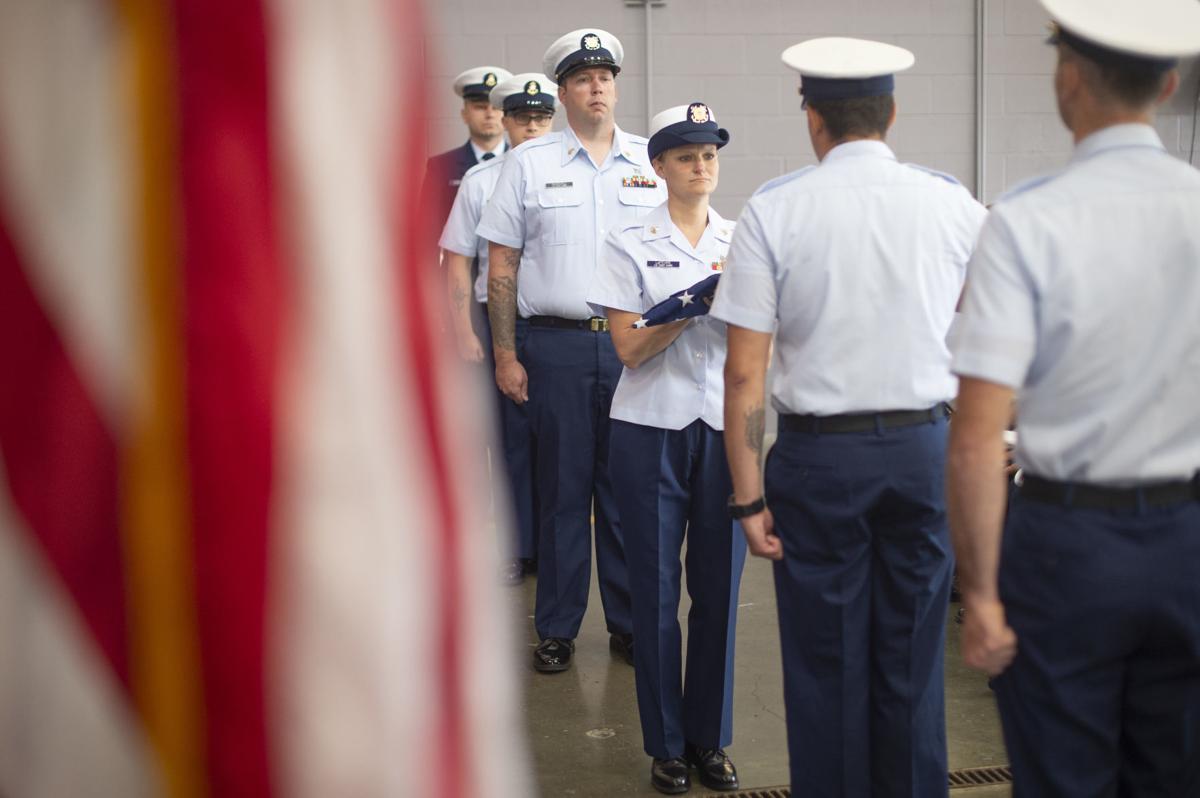 CHARLESTON — To the tune of “Ice Ice Baby,” Boatswain’s Mate Chief Brant Soderlund danced down the center isle at the end of his retirement ceremony last week.

The outgoing BMC was honored by the members of U.S. Coast Guard Motor Lifeboat Station Coos Bay on Friday, Aug. 30 as he ended a 20-year career.

Not only did he receive all of the honors fitting of a retiring Coast Guardsman, including a folded flag and shadow box, but gave a speech where he looked back on his time in the service. As he stood at the podium looking down at his co-workers and family, he described a piece of art stuck to his refrigerator. It was of a Coast Guard boat, drawn by him when he was seven years old and saved by his family.

“It was join the Coast Guard or the Air Force and growing up around the water … I made the better choice,” he recalled, having started his career in Saginaw, Michigan. “I joined to remain out of trouble because I was not a good kid and needed structure, something new.”

As he reflected on his time in the service, he said it all was rewarding and challenging.

“I wish him and his family the best of luck in the future and the next adventure in life,” said Chief Warrant Officer Beth Slade, leader of Lifeboat Station Coos Bay. “He was a family man, so this was what he was waiting for. He has been a great Coast Guard member and an amazing shipmate.”

Soderlund said later that he and his three children picked out the Vanilla Ice song for the end of the ceremony as a way to cheer him up.

“I am happy-go-lucky and love all music,” he laughed. “I thought I’d be crying more and needed something upbeat.”

As he prepared to leave the station, he also carried something extra in tow. The crew gifted him a bowling ball, which he left to use as the party continued to North Bend Lanes.