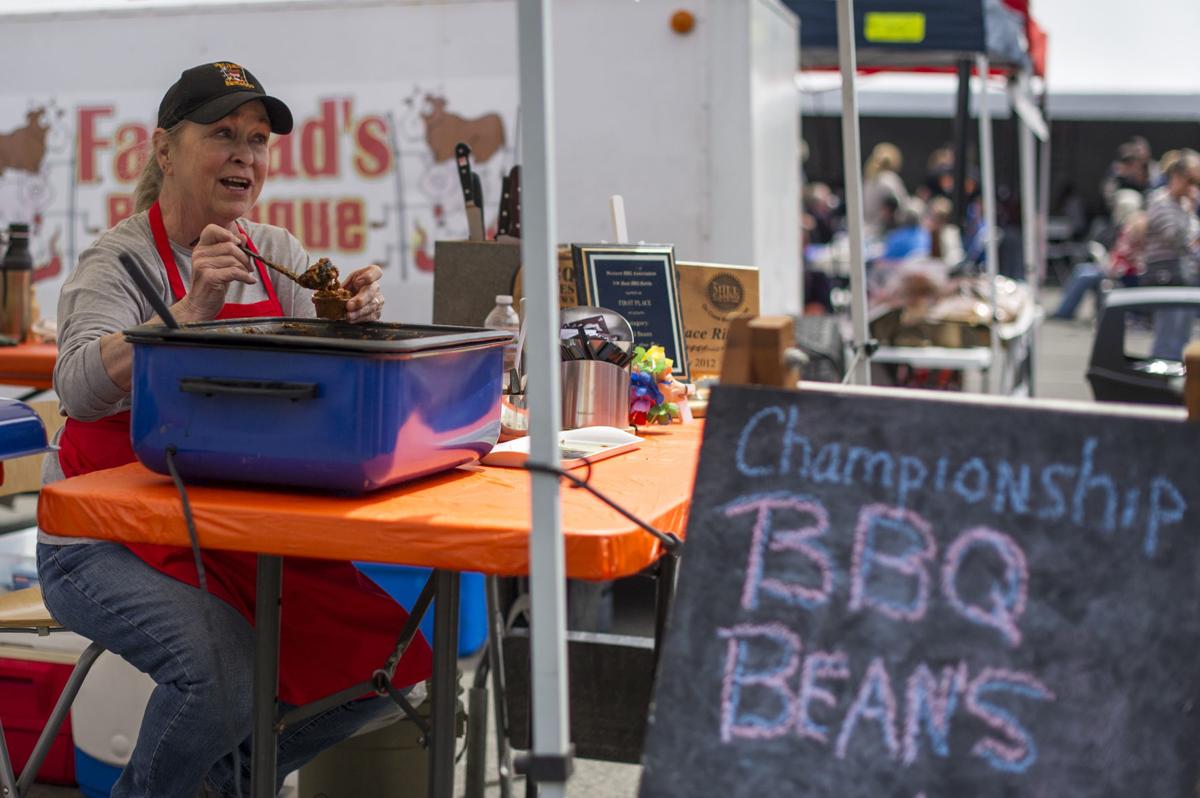 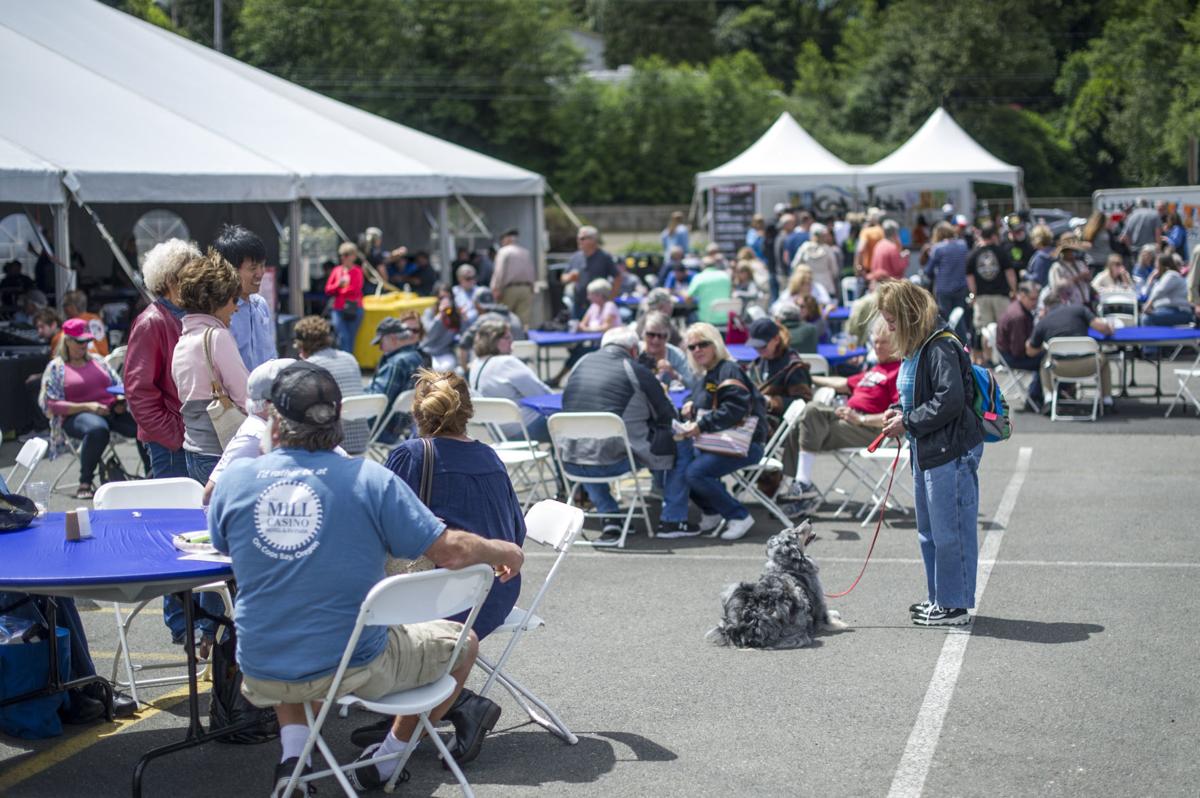 Thousands of people attend the 7th annual BBQ, Blues & Brews on the Bay at the Mill Casino and Hotel on Saturday.

Thousands of people attend the 7th annual BBQ, Blues & Brews on the Bay at the Mill Casino and Hotel on Saturday.

NORTH BEND -- Thousands gathered around The Mill Casino-Hotel this Memorial Day weekend as the seventh annual BBQ, Blues & Brews on the Bay event rolled out its yearly competition. Visitors seemed captivated by the overpowering aroma of meats being smoked, braised and grilled to perfection as they sampled barbecue dishes from booth to booth.

This year’s contest featured 35 BBQ teams from across the country and 27 breweries. The event, which is a Kansas City Barbeque Society (KCBS) sanctioned competition followed along a strict set of rules and guidelines. According to their website, KCBS certified barbecue judges look for taste, appearance and texture while evaluating an entry. The non-profit organization is known worldwide for its high standards in American barbecue cuisine and is dedicated to its promotion.

Teams competed in four different categories which included chicken, pork ribs, pork and beef brisket. The top 10 teams in each category received a cash prize ranging from $360 to $2,400. In addition, three overall winners were announced. The grand championship went to Son of Smoke, the reserve grand championship to Smoke 324 and third place was awarded to The California Grill Billies.

The top trophy of the night included a payout of $3,000 and a qualification to compete in the 2018 Jack Daniel’s World Championship Invitational Barbeque contest. According to Katherine Hoppe, the tourism and content manager at The Mill Casino-Hotel, this is the only KCBS sanctioned barbecue contest in Oregon. Over $13,000 was awarded throughout the weekend in prize money.

“This is an exciting, fun community event where everyone is welcome,” said Hoppe. “I think we’re bringing something to the community that they don’t get every day and the food is incredible.”

Each brewery with a winning entry will have its beer featured in The Mill Casino-Hotel for one year. The money raised from the weekend’s beer sampling will also be donated to the Kids’ HOPE Center and the Bay Area Chamber of Commerce.

Other event highlights included the Jim Monihan Mac N’ Cheese Challenge and an ice-carving contest. According to Hoppe, the mac and cheese contest is where competitors are encouraged to get creative and push their personal limits. This year, Rack Rubbers BBQ took home first place in the mac and cheese challenge and was awarded with a trophy, a coveted apron and a cash prize of $350.

In their efforts to bring back a nationally recognized barbecue competition to Oregon, John Hunt of Florence, Darrold Britton of Pepper Pappy BBQ and Richard Becker of Hole in the Wall BBQ joined The Mill Casino-Hotel in 2012 to create the yearly contest.

“It’s like a family reunion coming back every year,” said Becker. “Everyone is in a good mood and happy and the smell is great.”