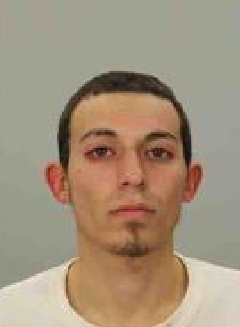 COOS BAY — A Coos Bay man is in custody after a burglary at the Coos Bay-North Bend Water Board offices on Ocean Boulevard, according to the Coos Bay Police Department.

Police referred Landon Williams, 24, to the Coos County District Attorney's Office for the charges of second-degree burglary, first-degree theft and unlawful possession of heroin, according to a news release from the department.

Officers responded to the reported burglary Monday morning, and found the office had been broken into over the weekend. Several items of value had been stolen, police say.

After investigating the incident, Williams became a person of interest in the case. Williams had been arrested on Saturday for alleged involvement in another burglary in the area.

Officers searched for Williams midday Monday, and detained him on suspicion of unlawful possession of heroin. When officers questioned him about the burglary at the Water Board offices, police say Williams told them the location of some of the stolen property, which was later recovered.