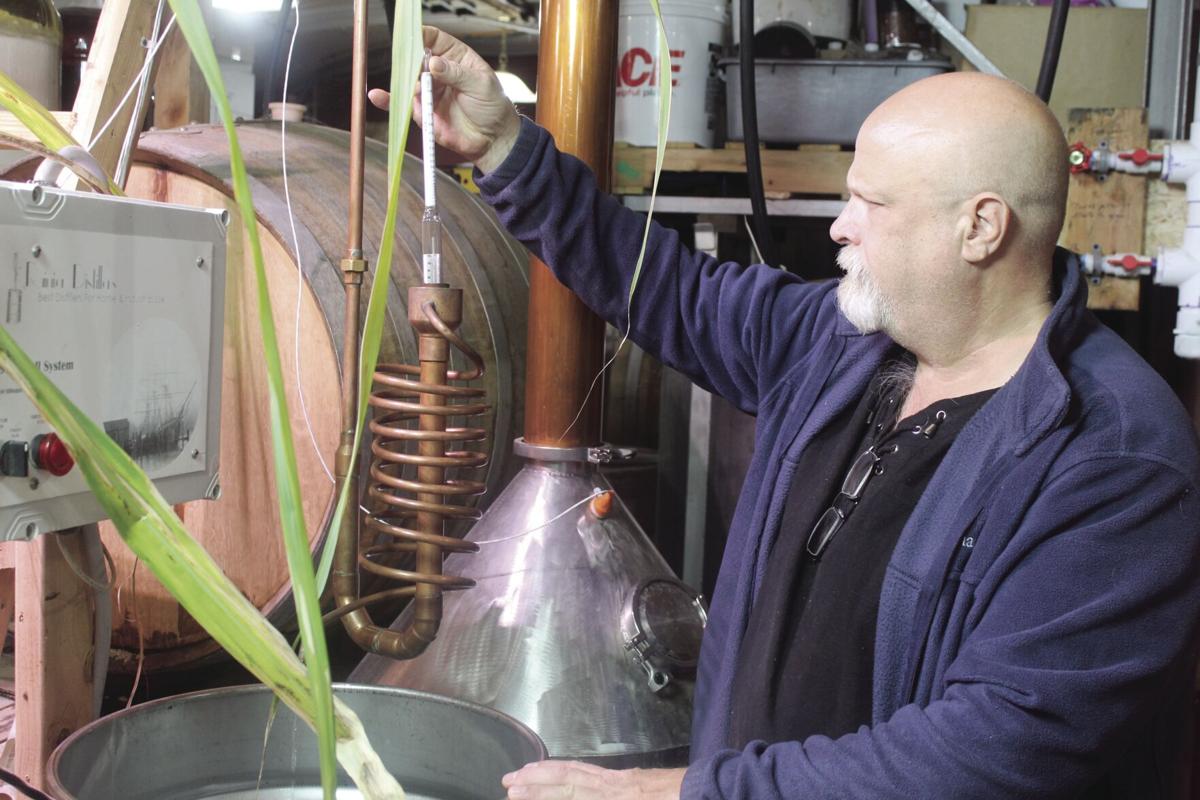 Rick Stillwagon keeps a close eye on rum as it comes out of the distillery at the brewery he built and operates in Charleston. 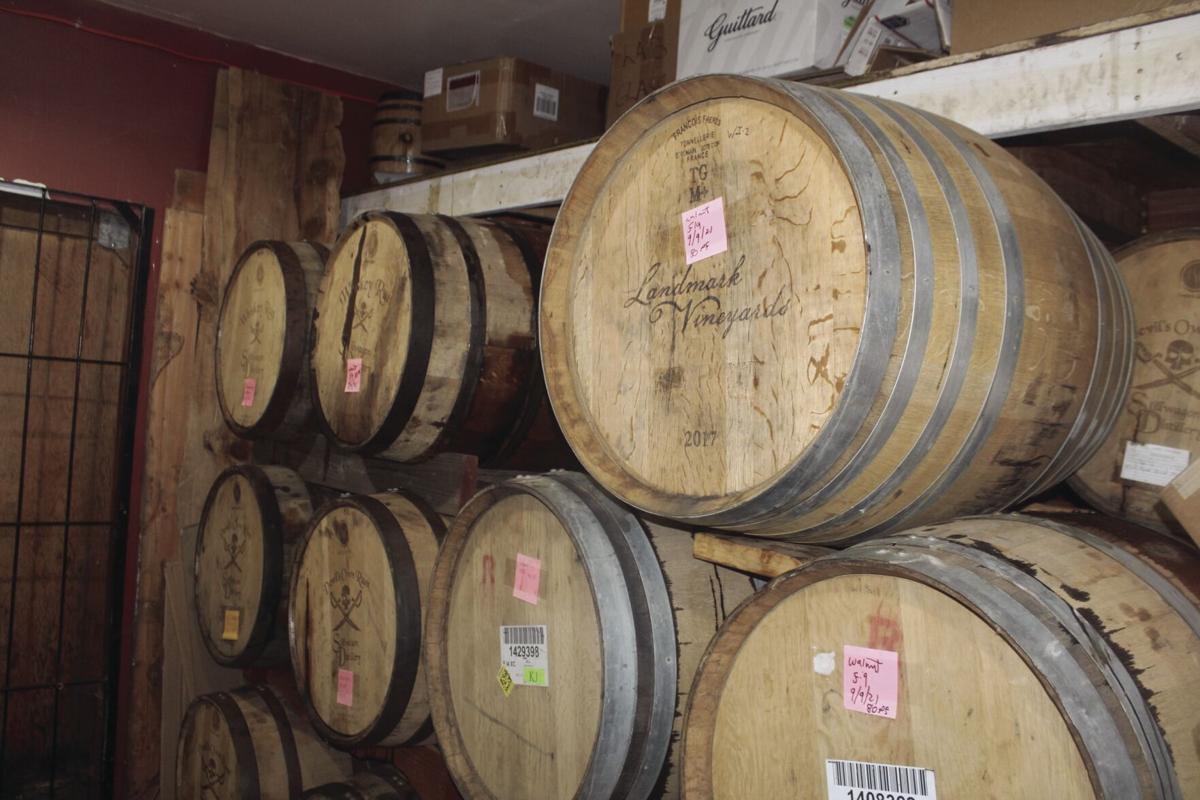 After rum, whiskey and other liquors are finished, they age in wooden barrels to perfect the flavor. 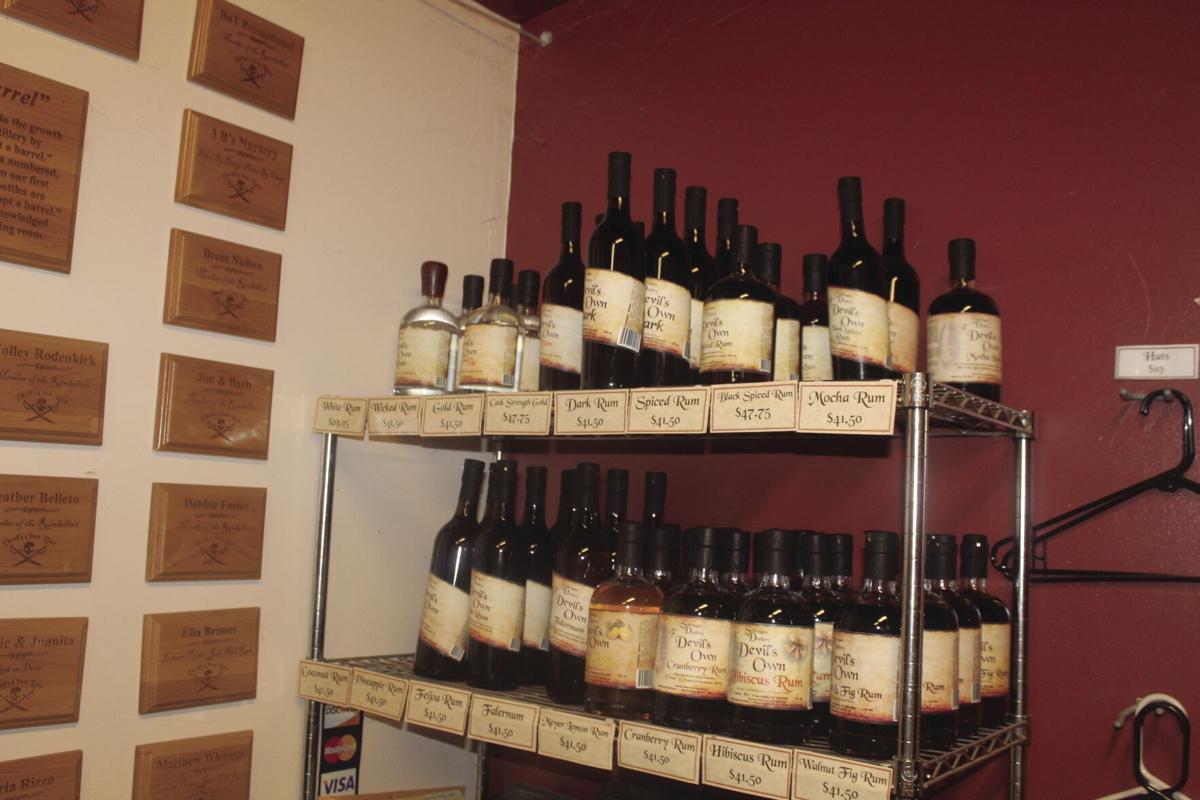 Stillwagon Distillery has grown from an experiment to a business with more than a dozen liquors on sale throughout the region.

Rick Stillwagon keeps a close eye on rum as it comes out of the distillery at the brewery he built and operates in Charleston.

After rum, whiskey and other liquors are finished, they age in wooden barrels to perfect the flavor.

Stillwagon Distillery has grown from an experiment to a business with more than a dozen liquors on sale throughout the region.

Rick Stillwagon never dreamed of owning a distillery and making his own liquor. But a lifetime of working with his hands put him in a position to try, and it turns out he loves it.

Now the owner of Stillwagon Distillery in Charleston, Stillwagon is known for making some of the best rums, whiskeys and gins in the region, but it was almost by accident.

A self-professed "tinkerer," Stillwagon has always loved working with his hands. After retiring from a career making cabinets and other wood items, Stillwagon continued to tinker at his Charleston home.

What started as a way to filter water better for his fish turned into an aquaphonics project that needed a distillery. Stillwagon found out making the project would require a state license, and the license cost the same amount as getting a license to make liquor. So why not?

With a license in hand, Stillwagon began tinkering with alcohol and learned not only was he good at it, but he enjoyed it, too.

"I don't drink that much, so this was a whole new world to me," Stillwagon said. "The reason I got into this was essentially water conservation, water recycling. I knew 20 years ago water was going to be critical."

Stillwagon decided early on if he was going to make fine liquors, he was going to do it right. That means starting from scratch with every batch he makes. He starts by filling a 500-gallon fermenter. Once the ingredients ferment, they move to stripping stills, where rum is concentrated from 15% to 50% alcohol. The final step is the distillery where the alcohol is finalized. Then the fun begins.

"We use a lot of different spices," Stillwagon said. "I use basically whole spices. We actually do an infusion of flavors. That's what makes our flavors different."

Whole spices, fresh fruit and real ingredients aren't the easiest way to make liquor, but it is the best. Last week, Stillwagon extracted juice from habanero peppers for one his liquors with a kick.

When a liquor is finished, Stillwagon puts it into wooden barrels, where it ages for up to five years, depending on the kind.

"Bourbon has to be aged in new barrels," he said. "I use the same process for our gold rum, so a lot of people think our gold rum is a bourbon."

Stillwagon said the best seller is walnut fig rum, but with more than a dozen flavors there is something for everyone.

As the distillery has grown, Stillwagon has been able to make a living off it. He has opened tasting rooms in Bandon and Florence and sells his liquor at more than 80 liquor stores in Oregon. The products can be found in Coos Bay and North Bend, and they are always available at the distillery in Charleston.

Stillwagon said every bottle has his personal approval because he puts his name on each bottle.

"In order for me to sell something, I have to believe in it," he said. "Blueberries didn't work, blackberries didn't work and huckleberries haven't worked yet. For some reason, some fruits just taste better fresh, but the alcohol just doesn't work with it. If I don't like it, I won't sell it."

Stillwagon also won't go cheap to make a larger profit. He said he routinely gets calls from companies wanting to sell him liquor that he can then add flavor to. But he believes making it fresh makes it better, so the answer is always no.

"We're unique in that we actually make our rum," Stillwagon said. "For me as an artisan, my reputation is paramount. If I put my name on something, I want to know I actually made the product. It makes a difference. People taste the difference."

To see all the offerings from Stillwagon Distillery, visit www.stillwagondistillery.com