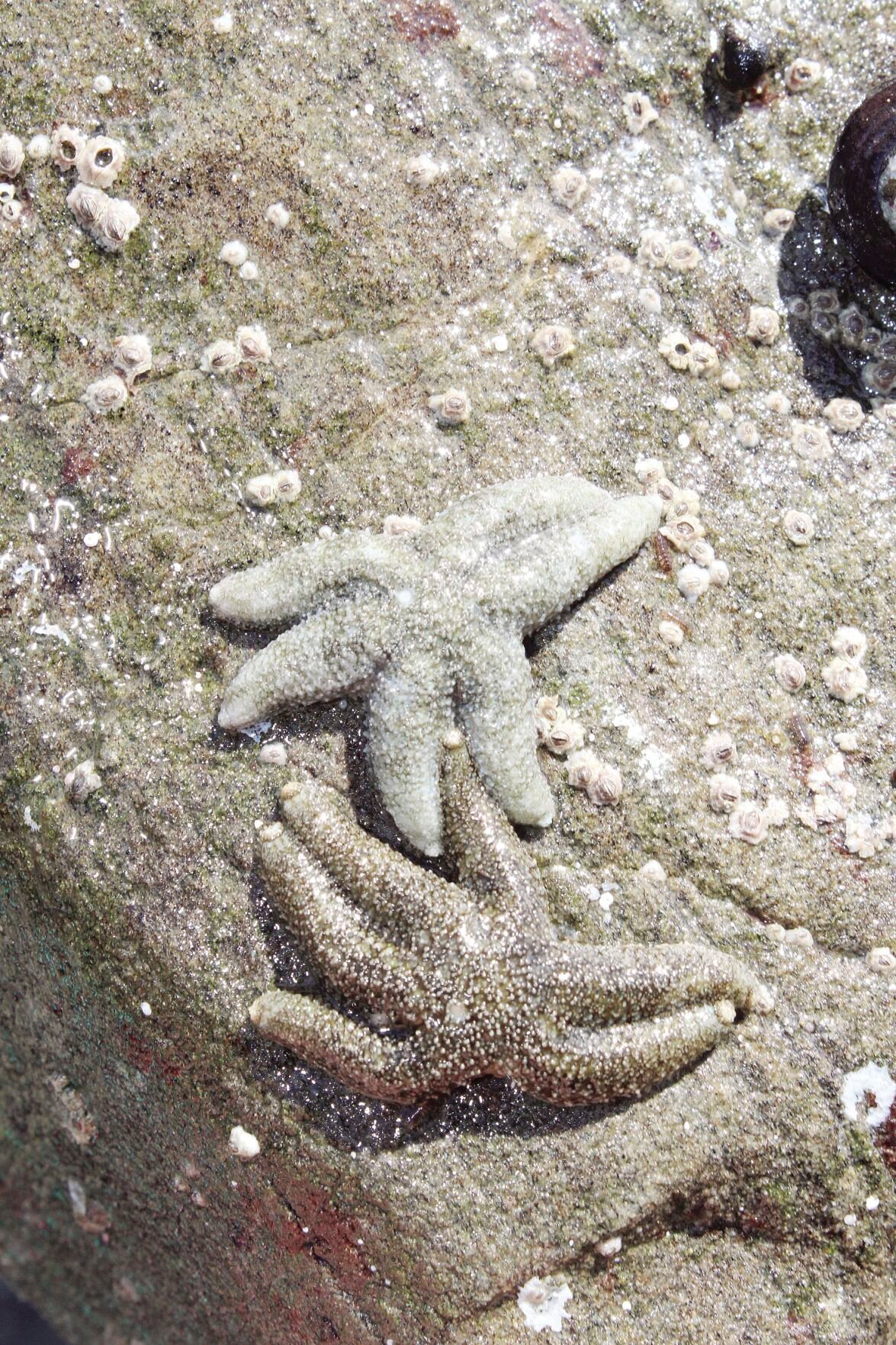 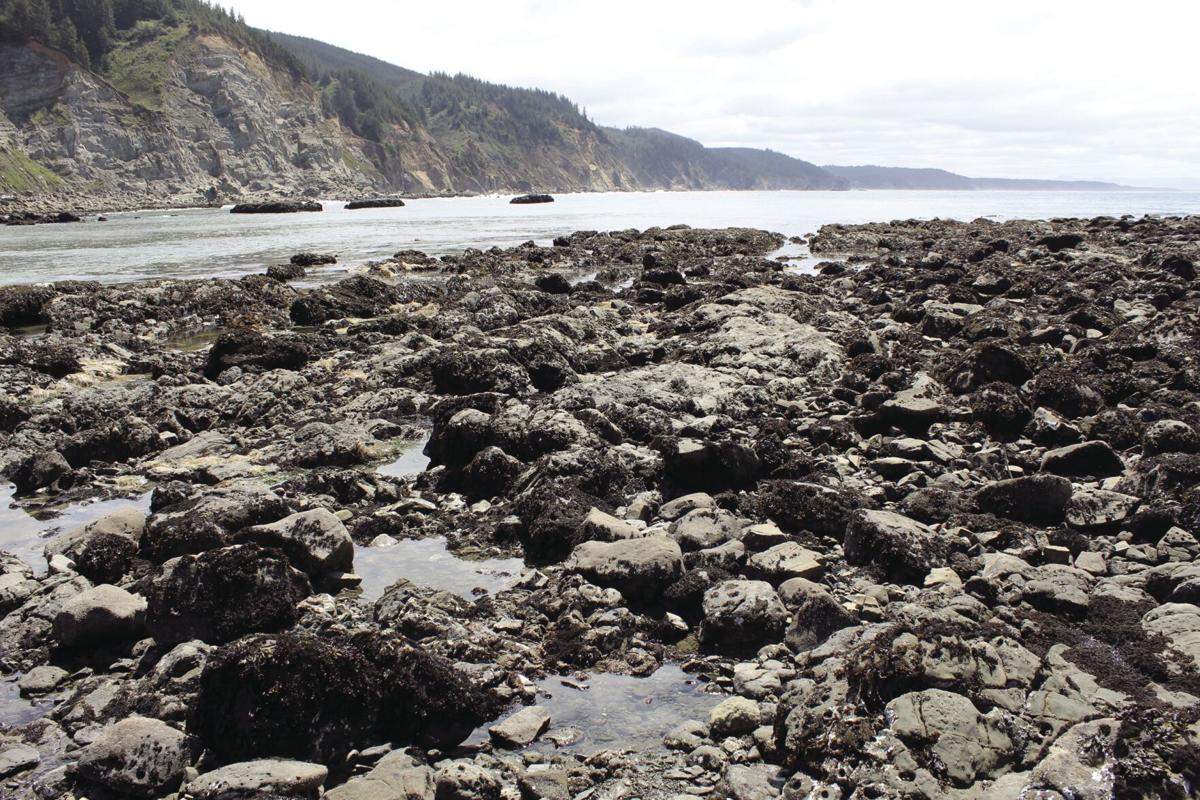 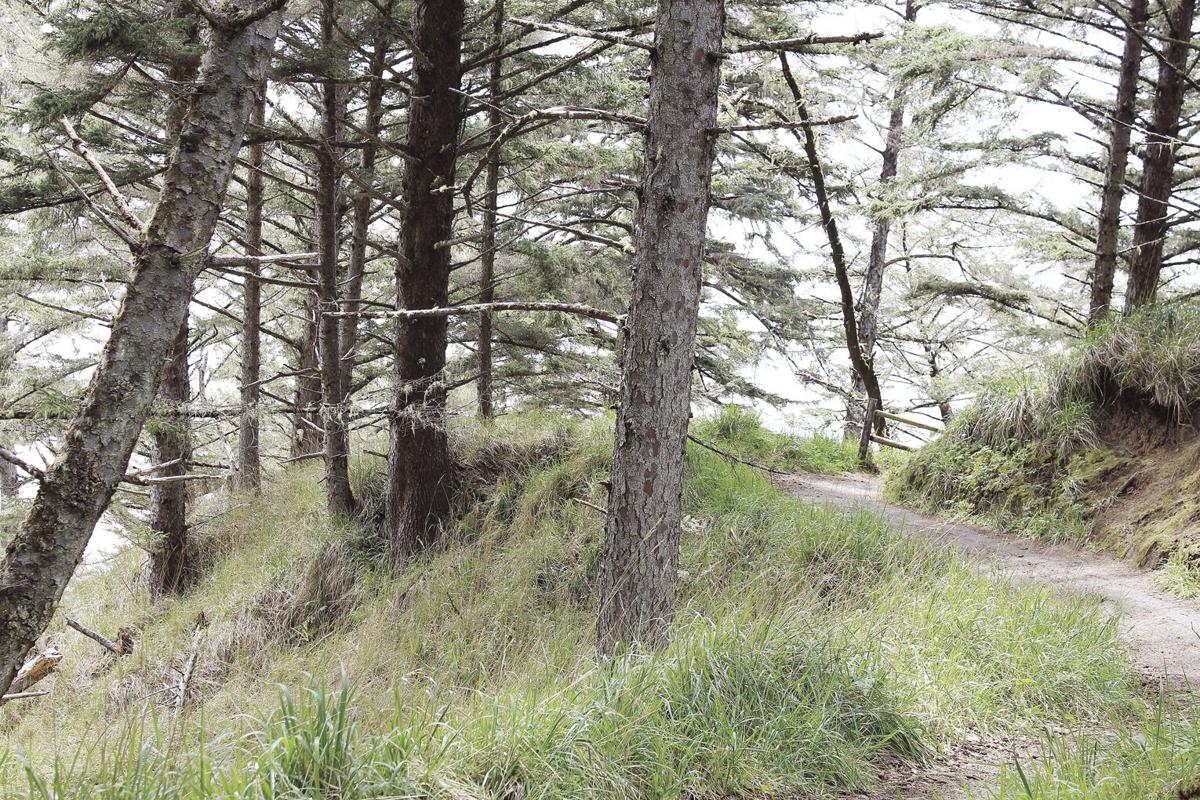 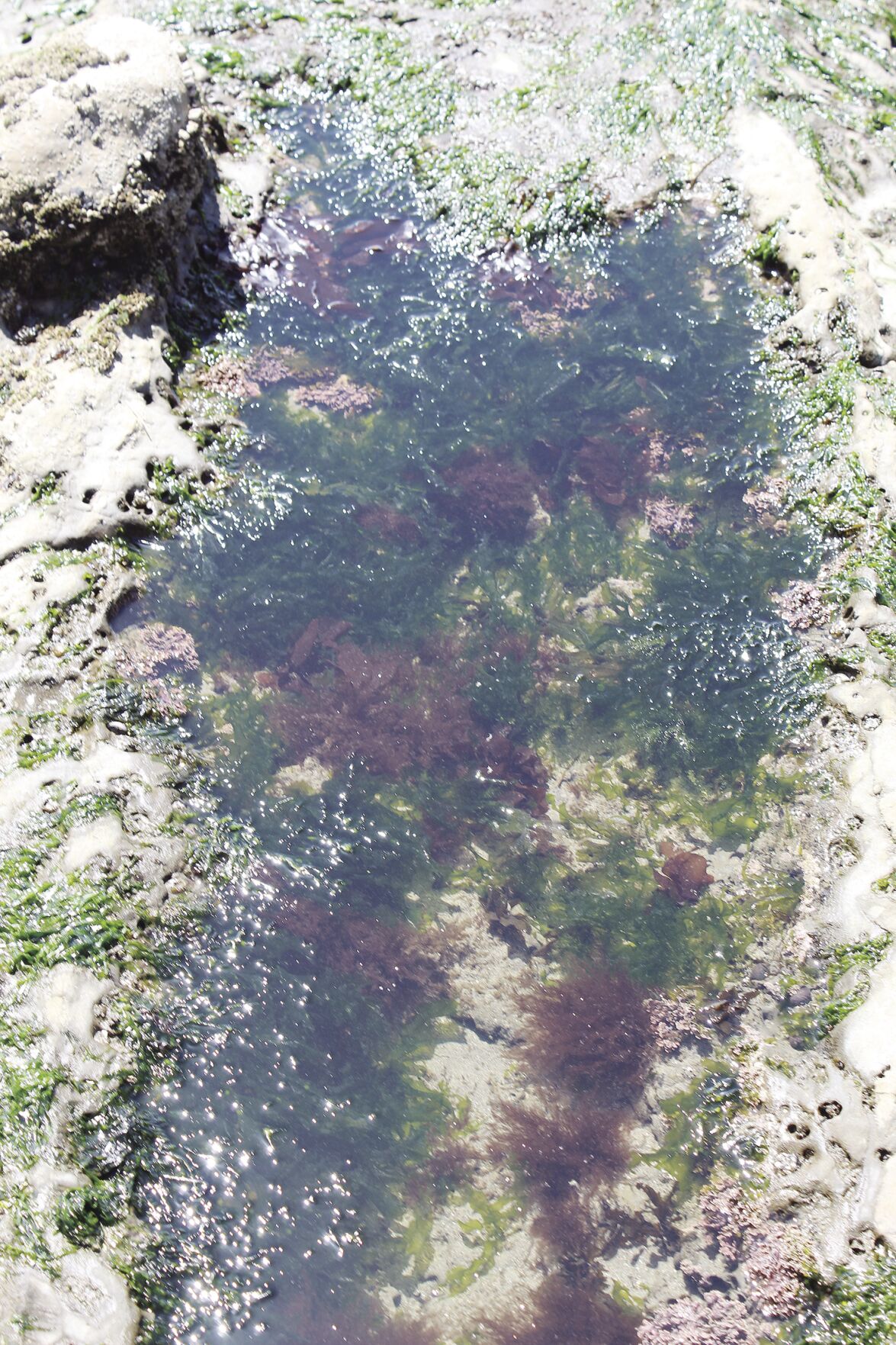 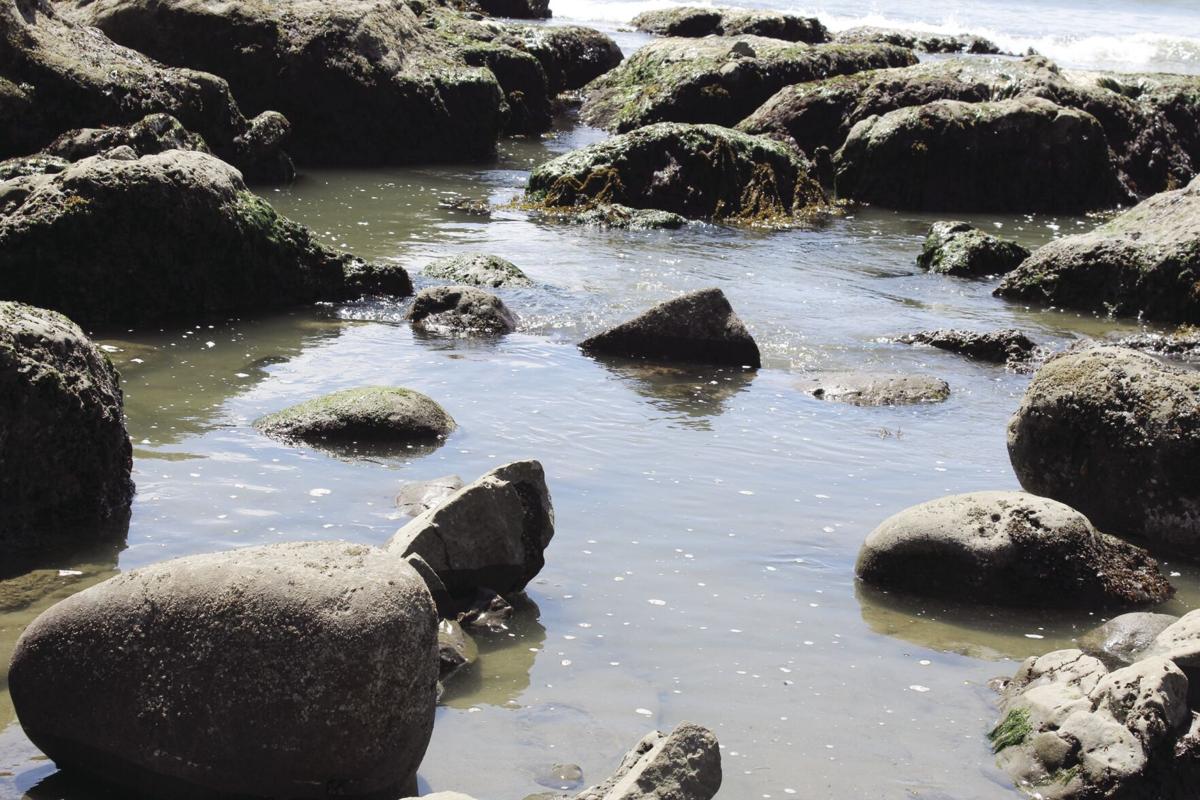 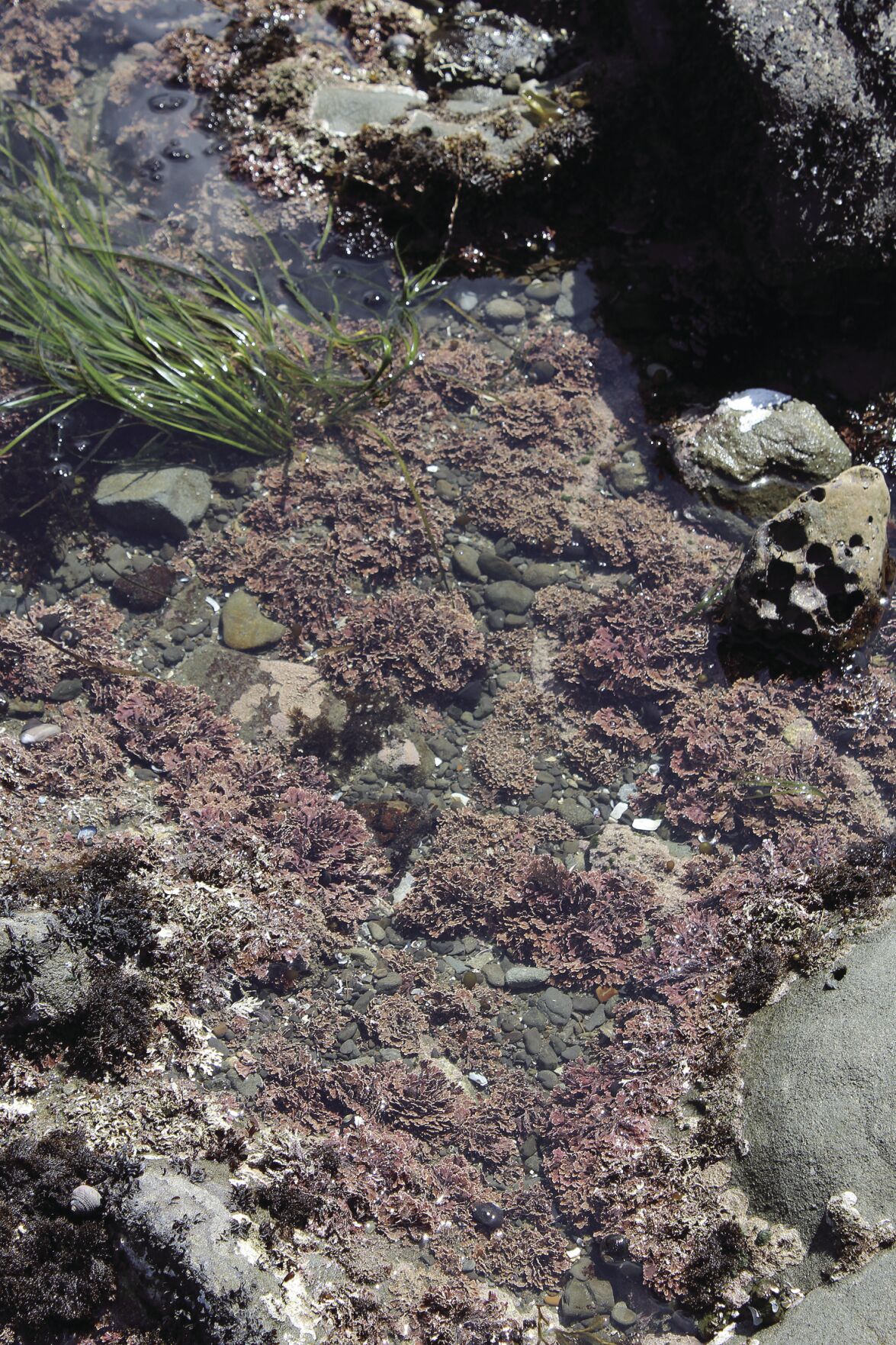 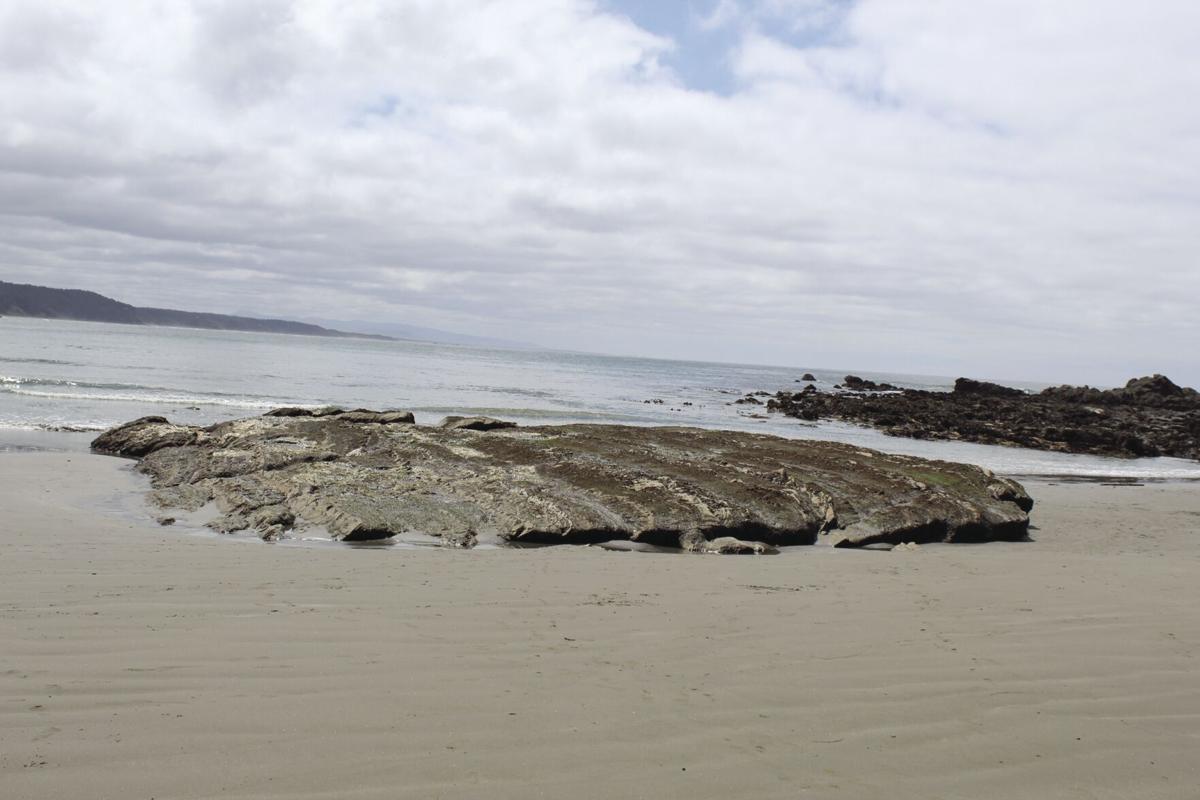 A few weeks ago, The World reporter Zack Demars reported on a story where the Oregon Institute of Marine Biology held a class at the South Cove of Cape Arago.

After reading the story, I decided I had to check it out myself. So, I drug my wife and kids out to Cape Arago, made sure to go left to the South Cove and began the descent down to the beach.

We were lucky to arrive at low tide – the same time the college class goes – because there is a lot to look at when the tide is low.

Cape Arago was not new to me. I had been there several times, but mostly just to admire the view from the top of the cliffs. Until Zack wrote his story, I didn’t even know you could get down to the beach.

Getting there is a journey of its own, walking down a winding trail through the forest to reach the sand below. While the sand and the ocean are cool, if you go to South Cove, you need to explore.

When we hit the sand, my children took off. They knew what to do and wasted little time. The scampered over to the rocks and began looking in tide pools. Moving rocks, they found dozens of crabs hiding out. We saw small fish swimming around and a surprising amount of colors in the grass and other things growing in the tide pools.

It was a relaxing, enjoyable day with bright sun and a slight breeze. Then the quiet was shattered as my youngest started yelling. “Starfish, starfish, starfish,” she called as I joined my other kids to scamper over to where she was. And yes, there were starfish.

She had picked up a rock and flipped it over and on the bottom were two small starfish. Just days earlier at Sunset Bay, a tourist stopped and asked if we had seen any starfish. The answer was no. In fact, despite dozens of visits to beaches in Texas, Virginia and Oregon, I had never seen a starfish.

Yet here they were. Small, perfect, living starfish stuck to the bottom of a rock. We spent a little time looking at them, admiring something new before I made them put the rock back in the same place to make sure they survived until the tide came back.

Shortly thereafter, one of my children found another starfish, this one a time perfectly-shaped star stuck on a shell. It was pretty cool.

As some of the kids continued to explore the rocks, my son and I headed to the other side of the cove to see what it held. It was beautiful. Deep shades of purple and green grass growing in tide pools, a small cave in the rocks, lots of driftwood to sit on and watch.

Before long, it was time to head out with more memories and more stories to tell. A little warning though – heading downhill to the beach is a lot easier than climbing back up to the top. My kids took a few breaks on conveniently-placed benches to catch their breath, but we made it back up.

Another day on the Oregon Coast, another first-time experience and more memories made with my family. What more could you ask for?

Reaching Cape Arago from Coos Bay or North Bend is easy. From either city, follow the signs for beaches until you reach Cape Arago Highway. Cross over the bridge through Charleston and just drive and until the road ends. To reach the South Cove, pass by the first parking lot and drive to the second one. There is a small parking lot there as well as parking along the side of the road.