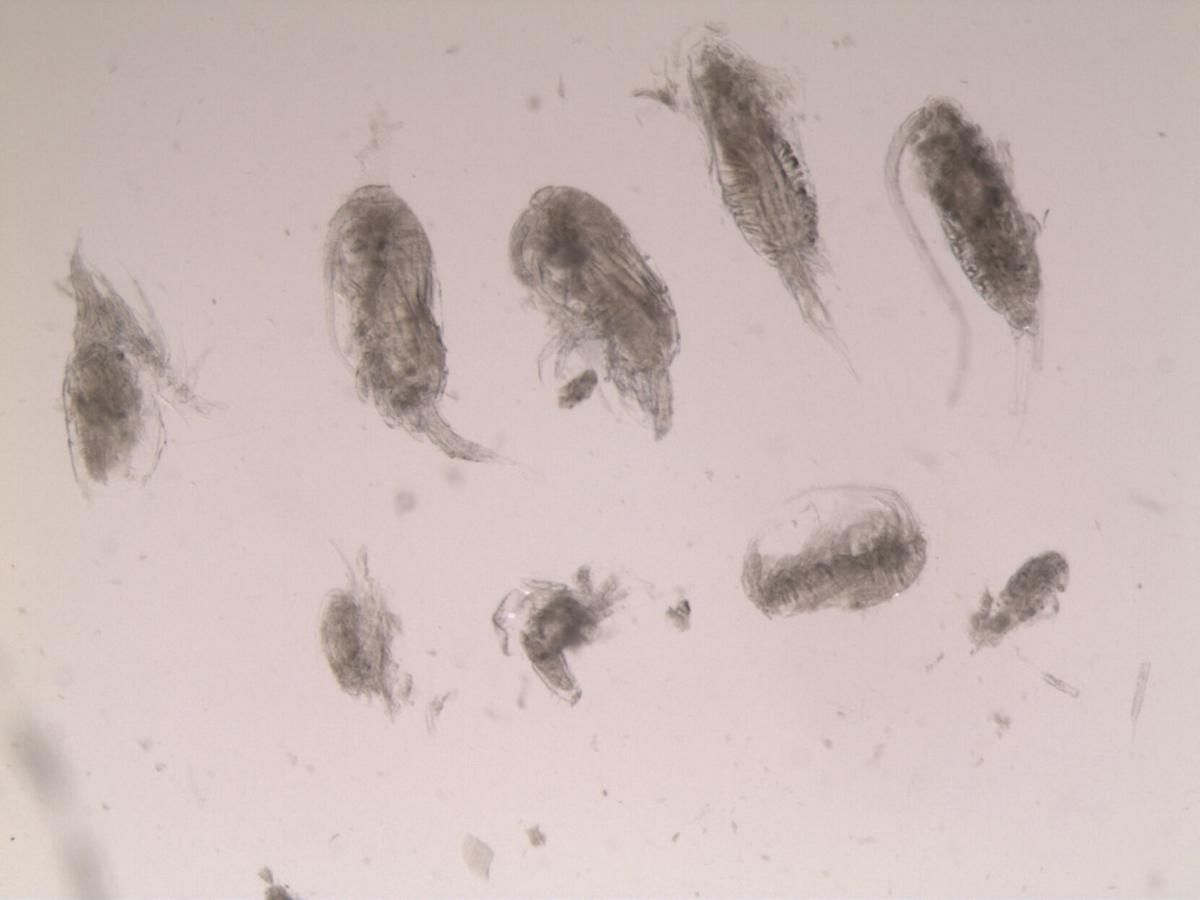 Example of stomach contents from a larval tuna eating more prey in the cooler year. Photo by Miram Gleiber. 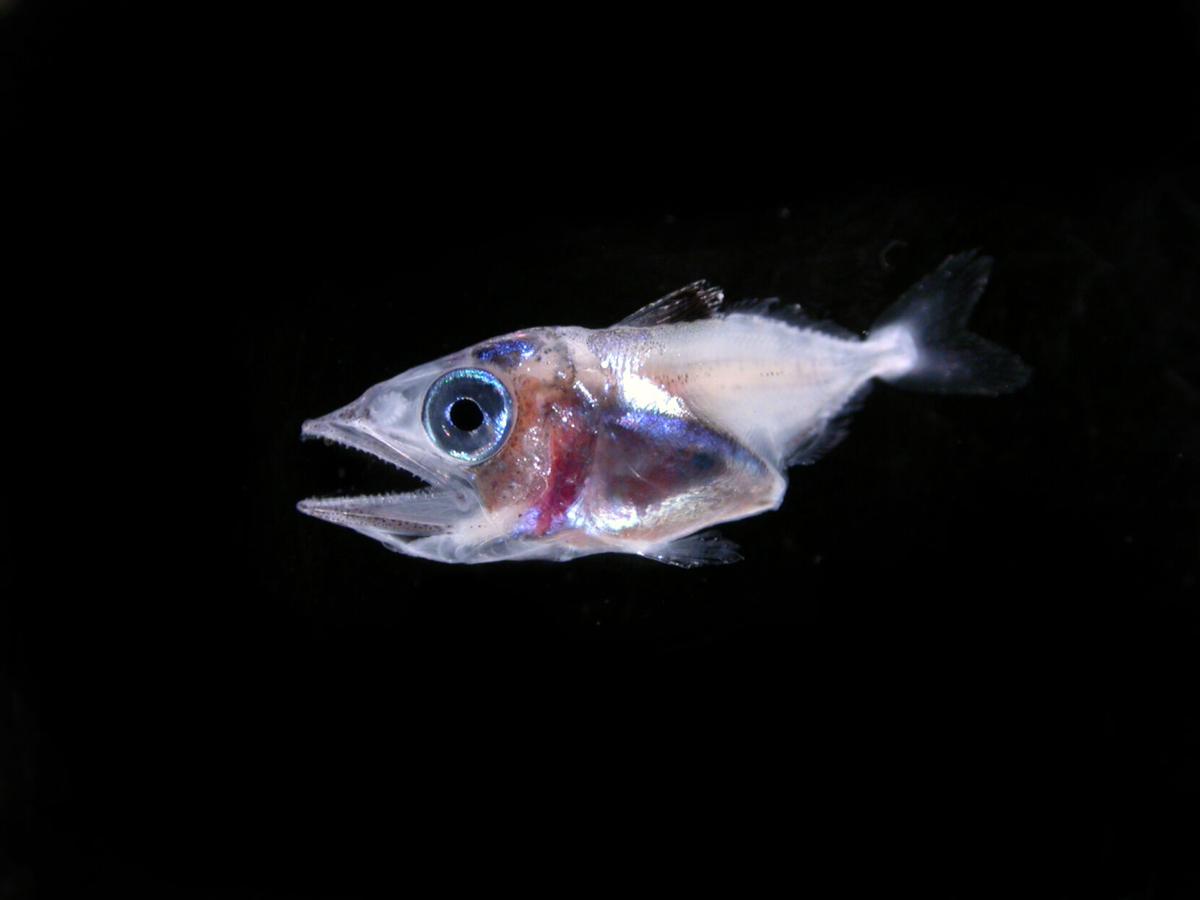 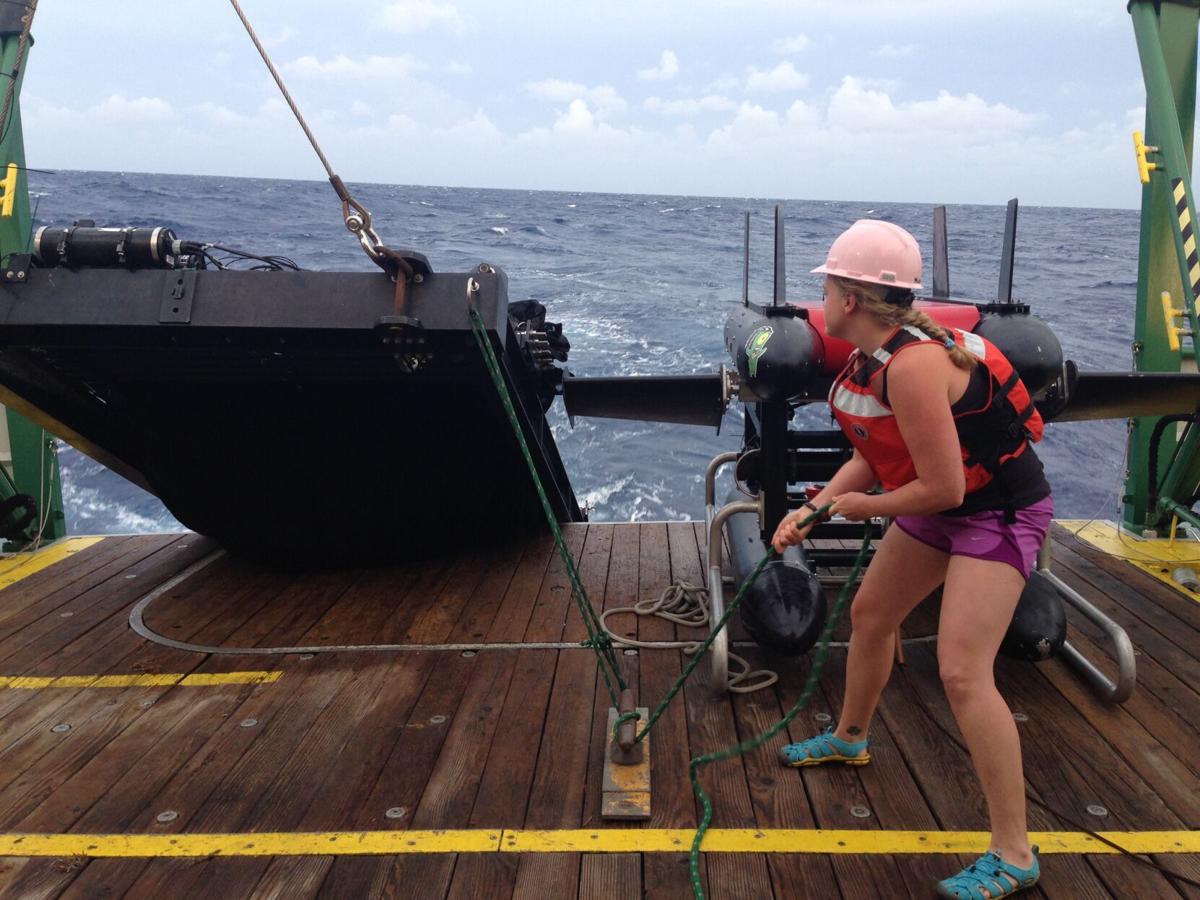 Small shifts in ocean temperature can have significant effects on the eating habits of blackfin tuna during the larval stage of development, when finding food and growing quickly are critical to long-term survival, a new study from Oregon State University researchers has found.

In a year of warmer water conditions, larval blackfin tuna ate less and grew more slowly, in part because fewer prey were available, compared to the previous year, when water conditions were one to two degrees Celsius cooler, the researchers found.

The findings provide new insight into the relationship between larval tuna growth and environmental conditions, as well as the broader impacts of climate change on marine fish populations. As the climate continues to warm, over the long term, increasing water temperatures may interact with changing food webs to pose critical problems for fish populations, the researchers said.

“There was a drastic difference in the fish between the two years. It was obvious tuna in one year had very full guts with much bigger prey,” said Miram Gleiber, the study’s lead author. Gleiber worked on the project as part of her doctoral dissertation at Oregon State and has since completed her Ph.D.

“This gives us a better understanding of how these fish are surviving in this vulnerable early life stage as temperatures change. It’s not just the temperature change that is important, but the impacts on prey are also important.”

Blackfin tuna are among the smallest tuna species and are one of the most common larval fish found in the Straits of Florida, a region with a high diversity of fish species. Blackfin tunas’ diets are similar to other, more commercially popular tuna species such as bluefin and albacore, which make them a good model for studying how tuna respond to constraints in the food web, such as those induced by warming temperatures.

“It’s common for fish to produce lots of eggs,” Sponaugle said. “But past research has shown that any small change that occurs early in a fish’s life has big implications down the road. What happens during this larval stage of development can greatly influence the whole population.”

Researchers collected hundreds of samples of larval blackfin tuna throughout the Straits of Florida during research cruises in 2014 and 2015. During those cruises, the researchers also documented the prey environment for the fish using an imaging system that measures distribution of zooplankton – on which the blackfin feed - in the sampling area.

Researchers also collected data on water temperature, which averaged about 1.2 degrees Celsius higher in 2015 than in 2014.

“Anecdotally, even before we started our data collection and analysis, you could see there were about 10 times more blackfin tuna in 2014 than in 2015,” Gleiber said. “This particular tuna is known to be abundant in this area, so one of the questions we wanted to answer was why were there so many more in one year compared to the other? We thought it might be related to their diet.”

Gleiber spent about a year painstakingly dissecting and analyzing the stomach contents of hundreds of larval tuna, which were 3 to 10 millimeters in size, to determine what and how much they were eating. She also removed and studied the fishes’ otoliths – small ear stones that researchers can use to determine the age and growth rate of the fish.

“These otoliths are like tiny onions, depositing a little material every day in concentric layers smaller than the width of a human hair. We can use this record just like tree rings to estimate fish age and daily growth,” Sponaugle said.

Fish generally tend to grow faster in warmer temperatures and tuna are a fast-growing species, which heightens their need for adequate food sources.

But a comparison of the two years of samples, including stomach contents, growth rate data from the ear stones and information about available prey from the imaging system, showed that in the warmer water conditions, the blackfin ate less, ate different prey that were smaller in size and grew more slowly.

“It’s not just the temperature that determines their growth. Growth has to be supported with prey availability, as well,” Gleiber said.

Although the study was based on only two years of data, the results indicate a clear relationship between water temperature, the abundance of zooplankton prey and larval fish growth and survival.

“We saw these big differences with just a degree or two of temperature change,” Sponaugle said. “That’s a concern because if prey are not available or are reduced in numbers in warmer conditions, these young tuna just won’t survive.”

AAA: Thanksgiving travel to drop 10 percent due to pandemic

Thanksgiving travel will be on the lighter side this year due to the coronavirus pandemic. AAA projects a drop of at least 10% with travel vol…