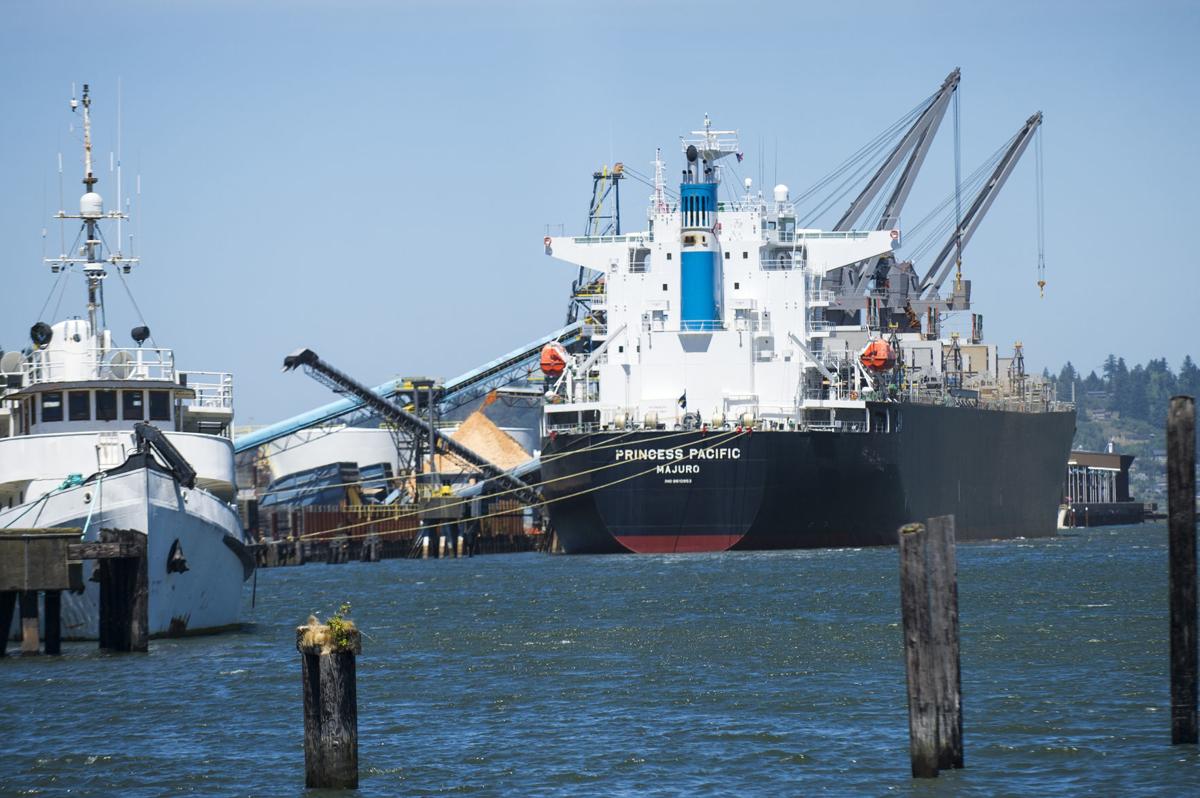 The Princess Pacific floats dock side Tuesday while picking up a load of wood chips in the Port of Coos Bay. Senator Jeff Merkley recently secured threatened federal funds for small ports that were under threat of being cut. 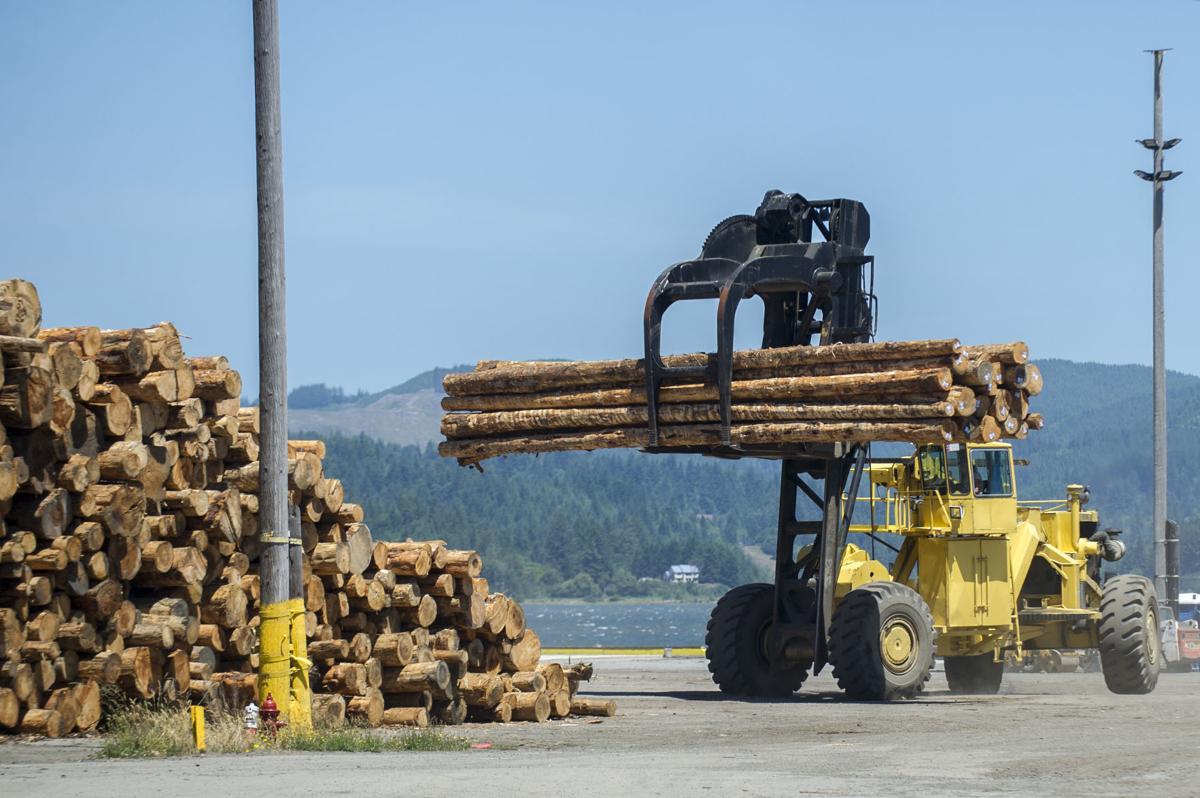 A machine operator stacks logs Tuesday at K2 Imports in Coos Bay. Senator Jeff Merkley recently secured threatened federal funds for small ports that were under threat of being cut.

COOS COUNTY — U.S. Senator Jeff Merkley announced Tuesday that provisions to support small port communities on the Oregon Coast have been secured in the Energy and Water Appropriations bill.

The program, which Oregon ports rely on to help pay for dredging and other necessary infrastructure projects, received almost $600 million, including $50 million for inland waterways, $25 million for navigation maintenance, and $50 million for small ports, which supports the small ports that are the lifeblood of Oregon’s coastal economy.

For a second consecutive year, the Oregon Democrat was successful in baring the transfer or sale of power marketing assets, including the Bonneville Power Administration.

“Fighting for Oregon’s priorities is my top responsibility as a member of the Appropriations Committee,” Merkley, who serves on the committee said. “From preventing the sale of Bonneville Power Administration and other public assets, to investing in innovative renewable energy like solar and wave, to supporting the coast’s small ports, this bill contains provisions that improve Oregon’s economies, quality of life, and future.”

It’s uncertain how much the International Port of Coos Bay will receive this year, but in 2017 the port received $7.7 million from the same federal funding. According to Merkley's office, this year’s cut of the port funding will likely be similar.

Merkley was able to secure new funding with the support of fellow Oregon senator Ron Wyden.

“This bill achieves key wins for Oregon, including Donald Trump’s belated recognition that his misguided scheme to privatize BPA would have hurt ratepayers in the Northwest,” Wyden said. “In addition to being glad the White House has abandoned this BPA privatization madness, I am also gratified that Oregonians will benefit in this legislation from vital resources for small ports along the coast and smart investments in solar and wave energy.”

This legislation also allows Coos County the opportunity to apply for some competitive grants to that could go toward a myriad of energy and water projects.

The next step is a full Senate vote, and eventually merging with a counterpart bill from the U.S. House of Representatives in order to be passed by both houses and signed into law.

Merkley is the only Oregon member of Congress from either chamber since Sen. Mark Hatfield to serve on the Appropriations Committee, considered to be one of the most powerful on Capitol Hill. He joined the committee in 2013.

COOS BAY — The only non-religious shelter in town is coming under new management. Bay Area First Step, which operates drug- and alcohol-free housing, is taking over the T.H.E. House on July 1. The official announcement was released earlier this month and fliers around town inform the public that there will be changes, ones that will impact the homeless community.

COOS BAY — Locals who oppose family separation at the U.S. border are coming together in protest on Saturday.