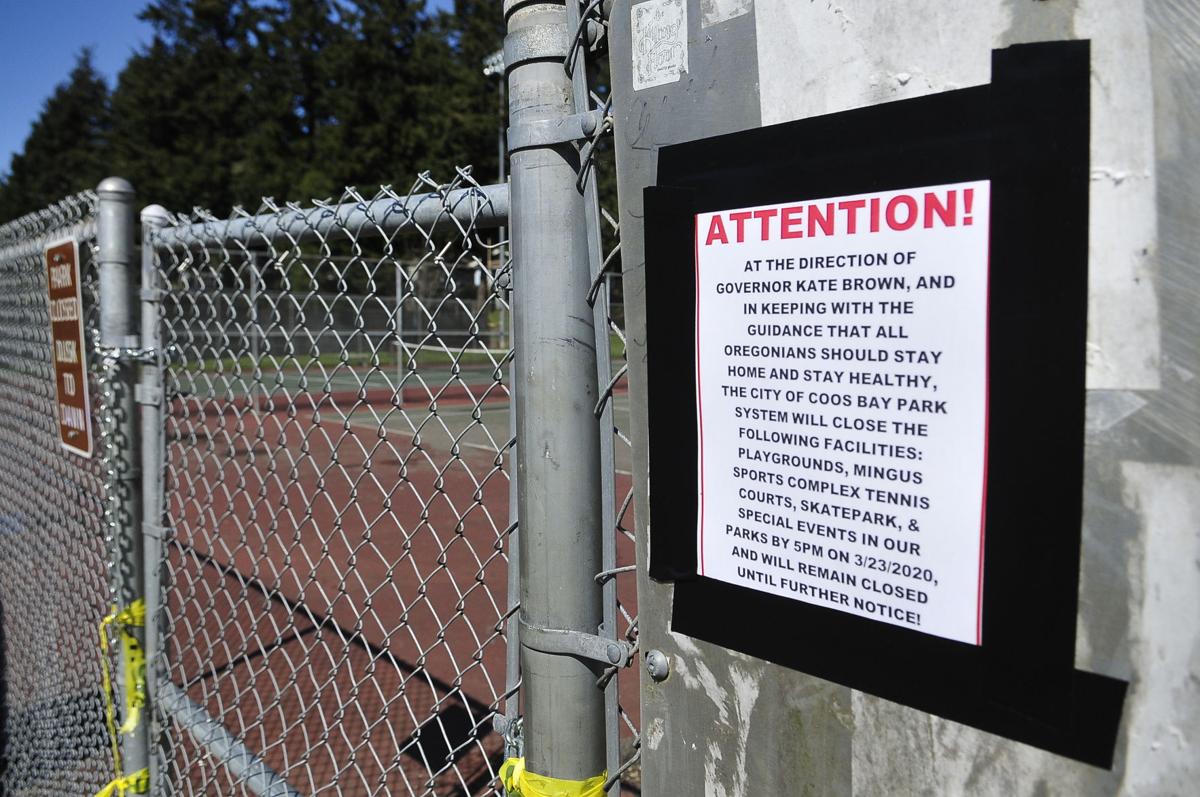 A sign outside of Mingus Skate Park indicates that in accordance with Executive Order 20-12 it is closed until further notice. 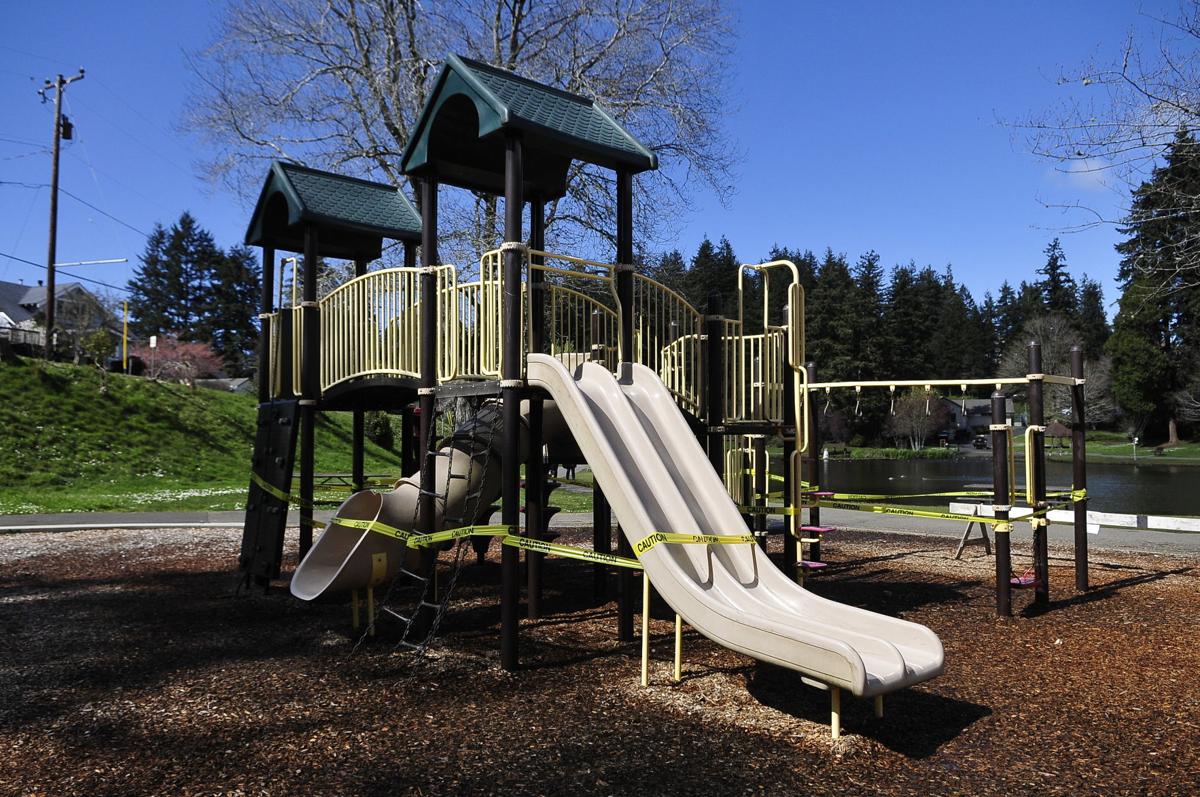 The playground at Mingus Park has been covered with caution tape to show that it is currently closed. The rest of the park is open for people to walk through.

A sign outside of Mingus Skate Park indicates that in accordance with Executive Order 20-12 it is closed until further notice.

The playground at Mingus Park has been covered with caution tape to show that it is currently closed. The rest of the park is open for people to walk through.

SOUTH COAST — The facilities are closed but the parks are still open.

This has been the message that local Parks and Recreation departments in the area have been passing around after Governor Kate Brown issued Executive Order 20-12 last Monday. In urging Oregonians to stay home during the coronavirus outbreak the order notes that, among other things, state parks, playgrounds, campgrounds, pools, skate parks and festivals are all closed for the time being.

“It’s not the parks, it’s the playground equipment. If you think about that, it makes sense because you have lots of people touching things,” said North Bend City Administrator Terence O’Connor. “But the parks themselves are perfectly open for people to walk through and otherwise get some air.”

There are 13 city parks between North Bend and Coos Bay in addition to pools in both cities, which are also closed.

For one group of individuals, this latest round of closures has been mourned.

“When you are a die-hard skateboarder it is your world for the most part, our passion our meditation our happy place,” said a local skateboarder, who wished to remain anonymous, in a message about the closing of Mingus Skate Park.

While disheartened about missing out on this aspect of community in addition to recreation, this skateboarder was understanding of why.

“It’s unfortunate but it’s time for all of us to make sacrifices for our community our country and world,” they wrote. Skate parks in Reedsport, Myrtle Point and Port Orford are now closed.

Around the region the next question has been how do you close facilities at a park? While pools, tennis courts and some skate parks can all be locked, local officials have turned to putting caution tape around playground structures and hoping that people make smart decisions.

“I would hope that every human being on this planet would see the importance of wanting to protect not only themselves but family members,” said Randy Dixon, an Operations Administrator with the City of Coos Bay. “We all have family members, and you would think you would want to protect human beings and doing so, that means either staying at home (or) social distancing from these activities.”

It was a similar sentiment from O’Connor in North Bend.

“Certainly we have to rely on the common sense and sense of community from the members here. Because we’re certainly not going to place police officers at every piece of park equipment,” he said. “Certainly you wouldn’t want to expose the youngest members of the community to potential infections.”

In Port Orford, where there are city parks, state parks and a skate park, they want people to follow social distancing guidelines and general common sense.

“We don’t want to do martial law. We understand people need to get out,” said City Administrator Terrie Richards. “If there are a couple kids playing in the park we’re not necessarily going to boot them out unless we see that there are more people coming and we see that social distancing law is not being met then we have to ask them to leave.”

Myrtle Point has taken more drastic measures and have not just shut down the facilities at these locations but have closed the entire park.

“Staff thought it was going to be more difficult to close those specific facilities rather than the whole park. So that’s what we have done,” said City Manager Darin Nicholson. “All we’ve done is place barricades and signs saying that the facility is closed. Police will patrol periodically and if there are people still in the parks then we’ll let them know that we’ve got to close them because of the Governor’s orders.“