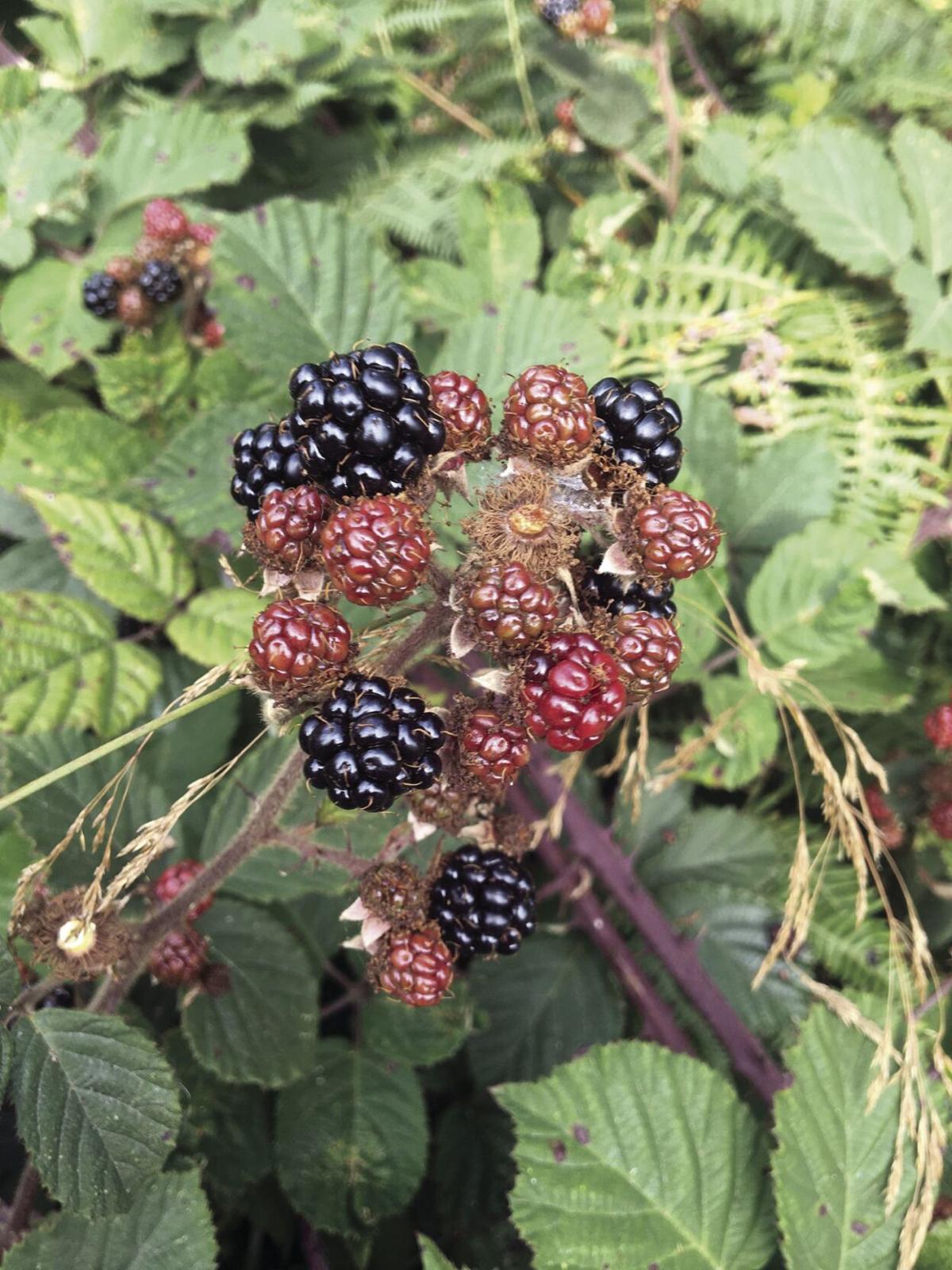 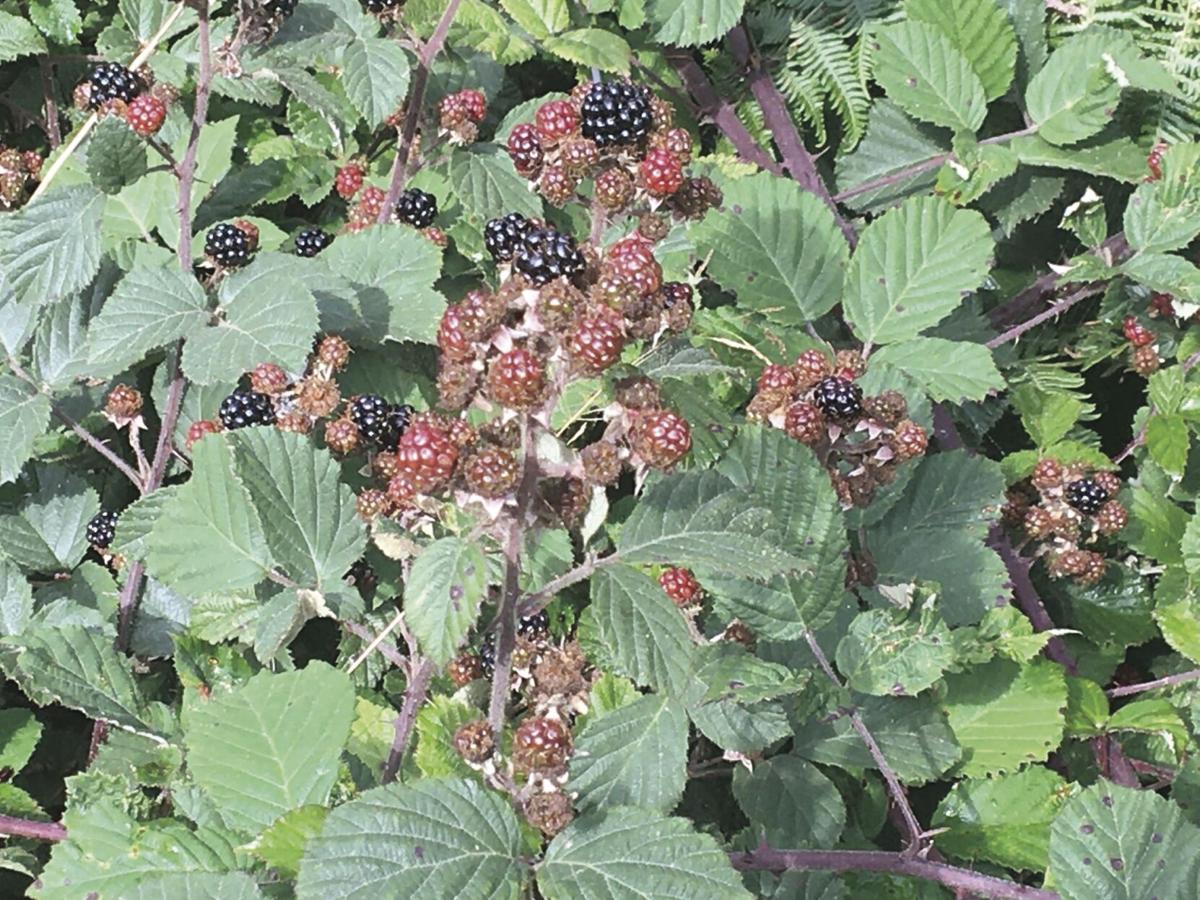 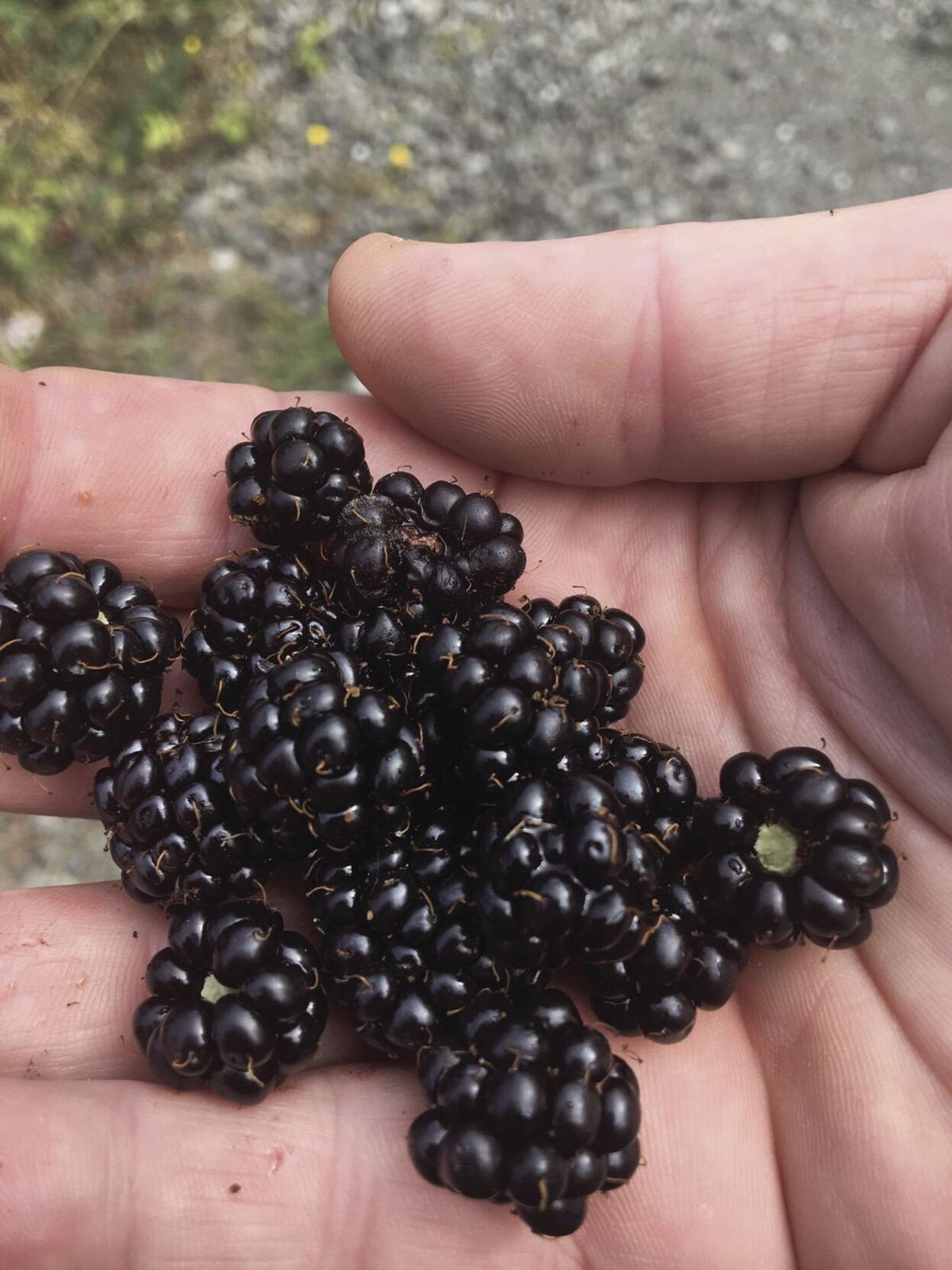 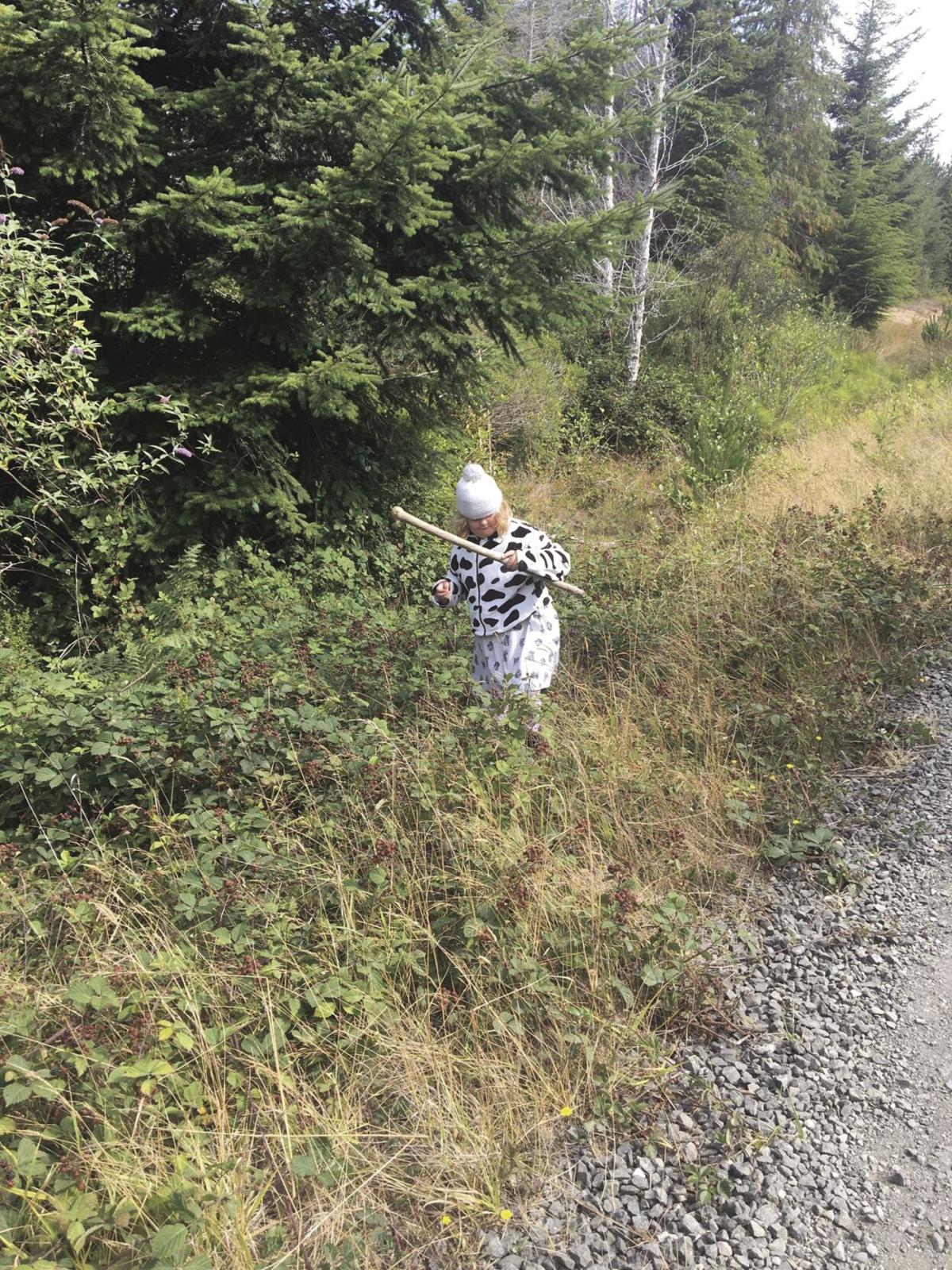 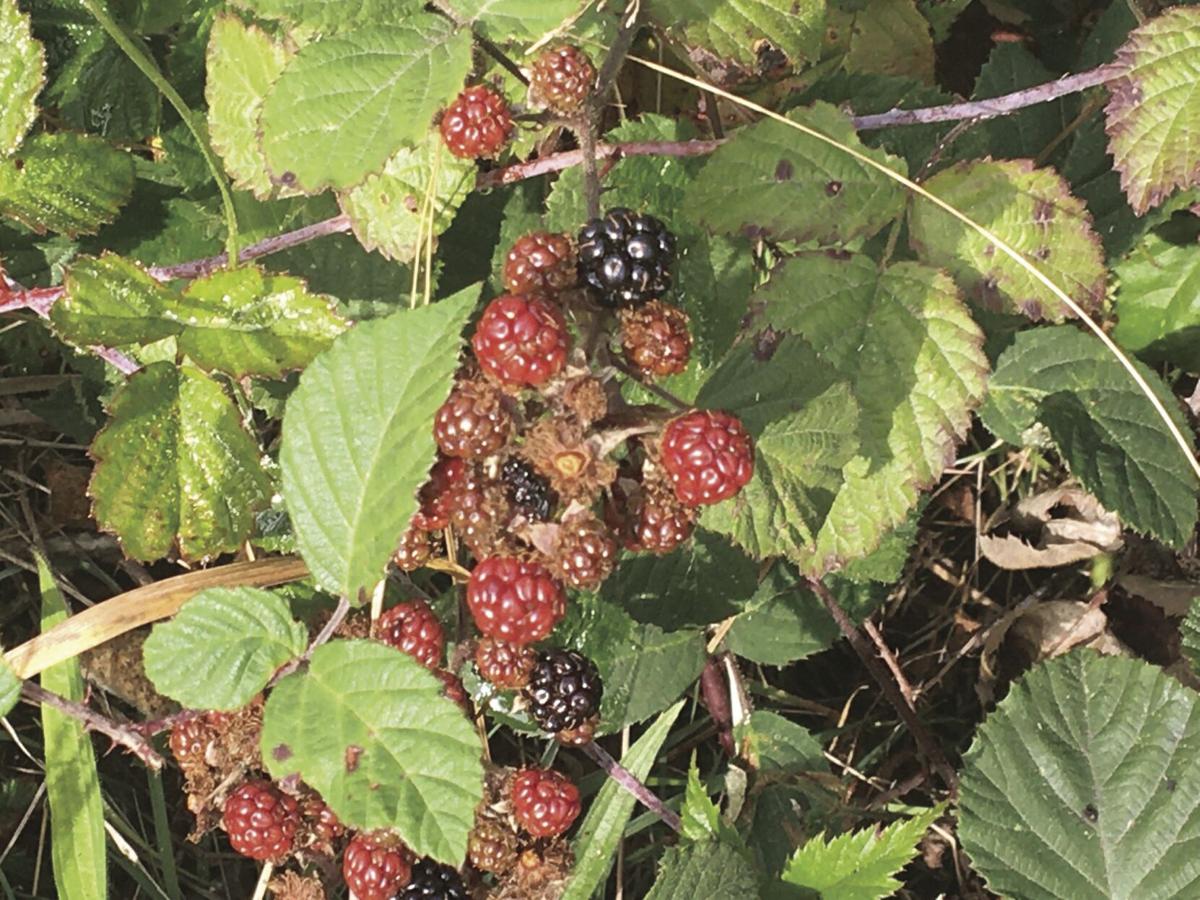 The first column I wrote after I moved here last November mentioned how excited I was that I found rows and rows of blackberry plants along the boardwalk in downtown Coos Bay.

Unfortunately, the only response I got to that column was someone who is very unhappy with most of the blackberry plants because there are not native to the area.

Despite that, I have been looking forward to finding some ripe blackberries. As a child, blackberries were always my favorite, but the only ones I have eaten were bought in a store.

Last week, I saw a post on Facebook where someone asked if anyone knew where they could pick blackberries to make homemade jam.

That got me thinking about it again, so I mentioned one evening that I wanted to find some blackberry plants. For the record, we do have one plant in my yard that is laden with fruit, but it is weeks away from being ripe. We also have a raspberry plant, and when that fruit came in, my kids devoured it before the berries actually were fully ripe.

After I mentioned blackberries, my youngest child said there are berries across the street. A little uncertain, I followed her over and sure enough there were blackberry plants everywhere. And they were dotted with black spots of delicious fruit.

So I did what I've always wanted to do. I started picking. When both hands were full, I ran inside and grabbed a bowl. I grabbed as many as I could without getting cut to shreds by thorns and finally headed back in. The bowl was about two-thirds full after 15 minutes or so.

After quickly washing the fruit (in my world that means running water over them), we started chowing down. I learned a couple of lessons real quick. No. 1, the ripe fruit was delicious, probably better than anything I ever received from the store. No. 2, just because a berry is black doesn't mean it's ripe.

I quickly learned that if the berry was still firm to the touch, it probably wasn't ready to eat no matter what the color.

Between me and my two youngest kids, the entire bowl was devoured in a short time. And it made me only want to go out looking for blackberries again. So over the weekend, my wife and the two youngest kids went out into the forest to see what we could find.

Again, it didn't take hardly any time to find plant after plant full of berries. I would guess 90 percent of the fruit is still green, but even at that rate, we found as many ripe berries as we could pick.

In less than half an hour, we filled up a quart-size freezer bag with fresh blackberries. And best of all, just a handful of scratches. I will admit, we left about twice as much as we picked because it is difficult to get to all the fruit in the larger patches. The thorns make it a tough trek even when we're the largest creature in the area.

In addition to blackberries, we found tons on huckleberries. I had never heard of a huckleberry and was certain we had stumbled onto wild blueberries before my wife set me straight. Regardless, they look a lot like and taste a lot like blueberries. Much like the blackberries, there are some tart fruits that look and feel ripe.

On this trip, the focus was the blackberry, so we left most of the huckleberries alone, but soon I will go get some of those. I have a feeling they will go great in cereal or on yogurt.

But the blackberry goes great all by itself, which is how we again ate all we picked. Being able to find some amazing fruit growing where you live is another highlight of living along the Oregon coast.

So far, we have picked just to enjoy the fruit and to get outside in the forest for a little while. Although, thanks to the man on Facebook, I am now tempted to find a recipe to make some good jam or jelly using a fruit that grows rampantly in this area.

If you are interested in picking some for yourself, there are blackberry bushes growing almost anywhere you look. I know for sure, there are plenty along the Coos Bay Boardwalk and have seen miles of bushes stretching along the highway.

A little advice. Wear long, thick pants. If possible, wear boots and gloves could also come in handy. If the fruit is black, soft and squishy, it is ready to eat. If it's still firm, it might need a little longer on the vine.

If you're so inclined, join me and spend some time in nature while also feeding your sweet tooth.