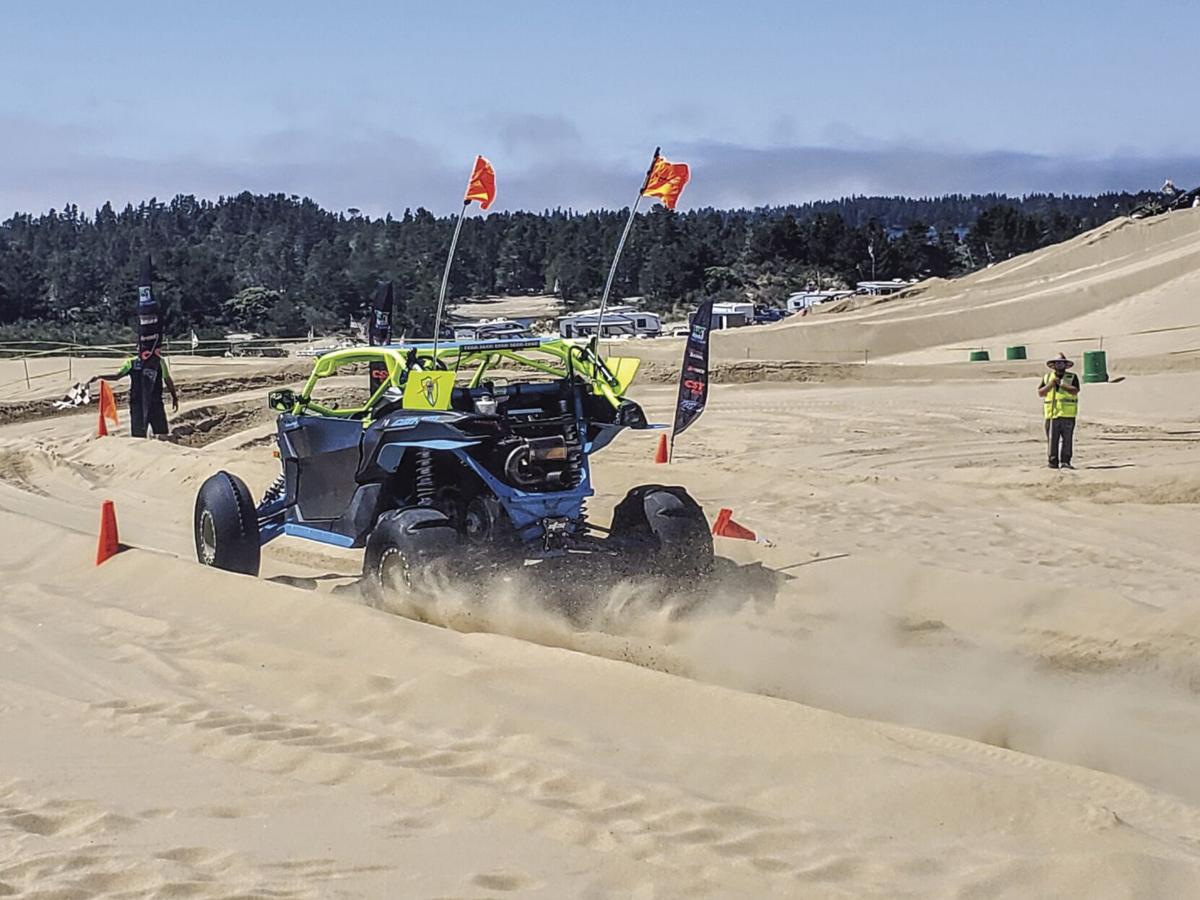 Over 15,000 people attended the sixth annual UTV Takeover this past weekend 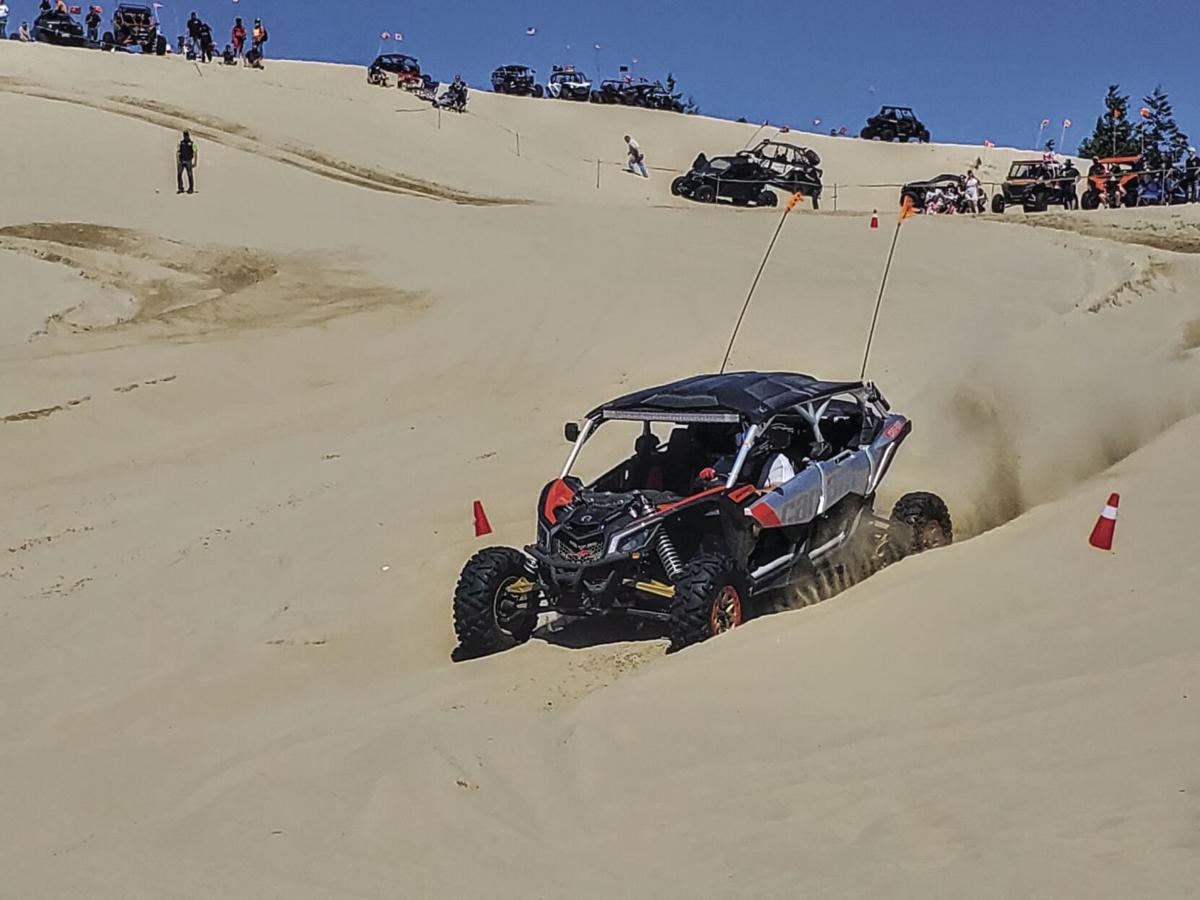 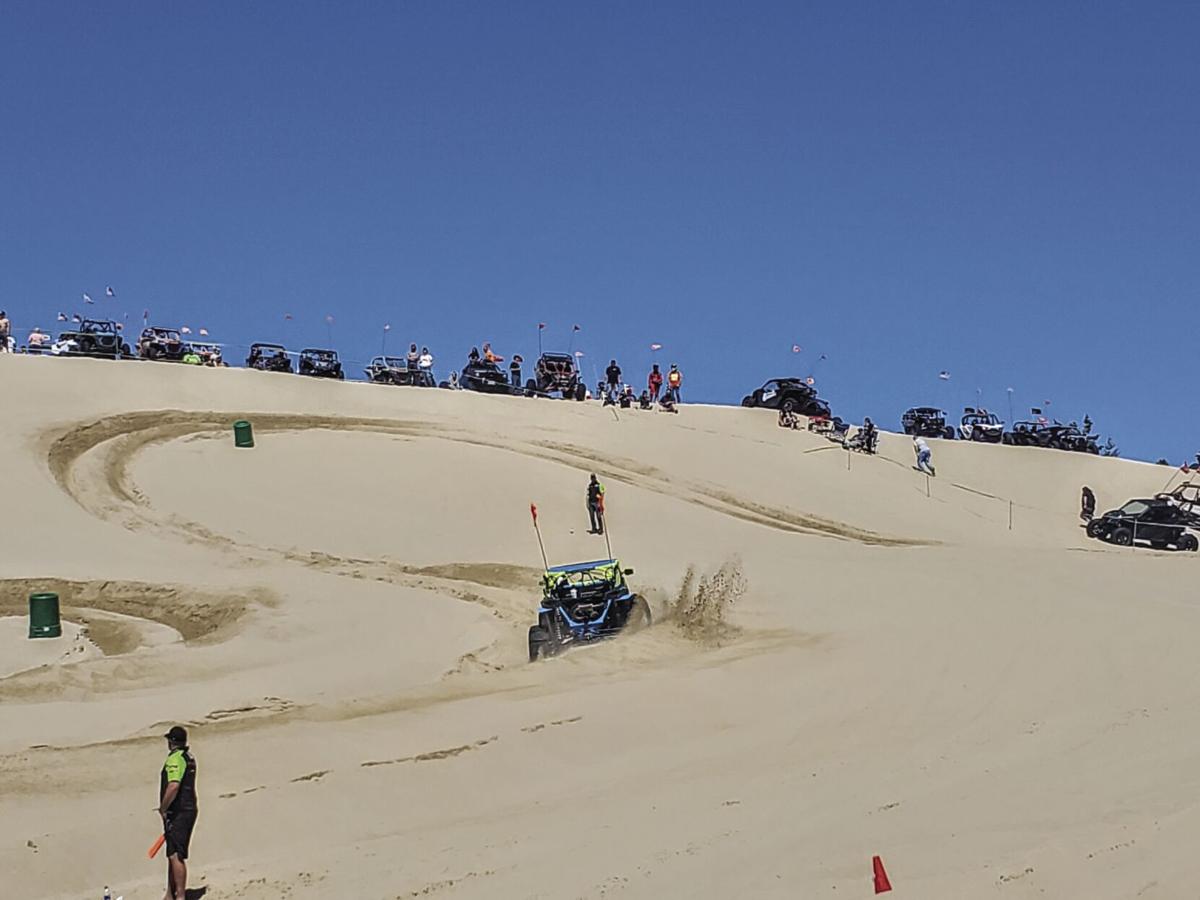 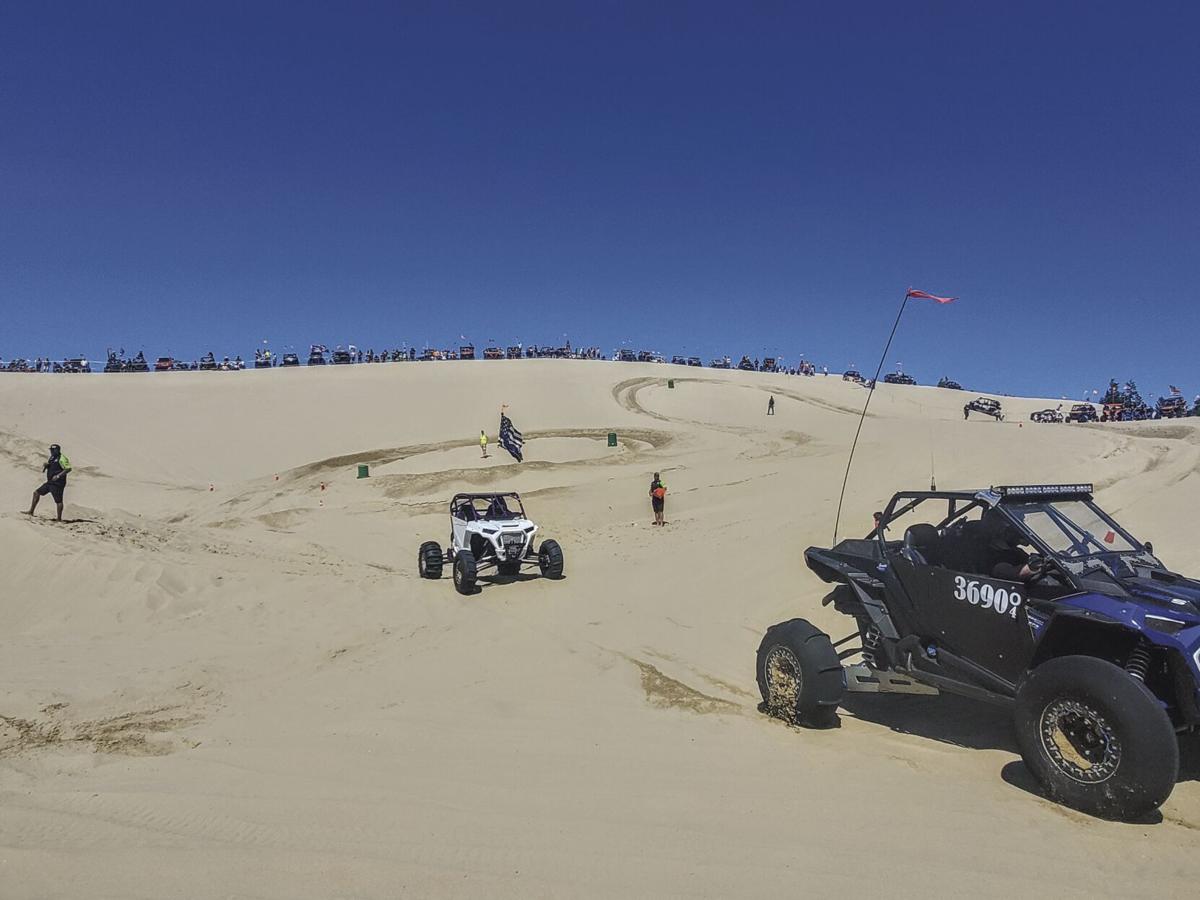 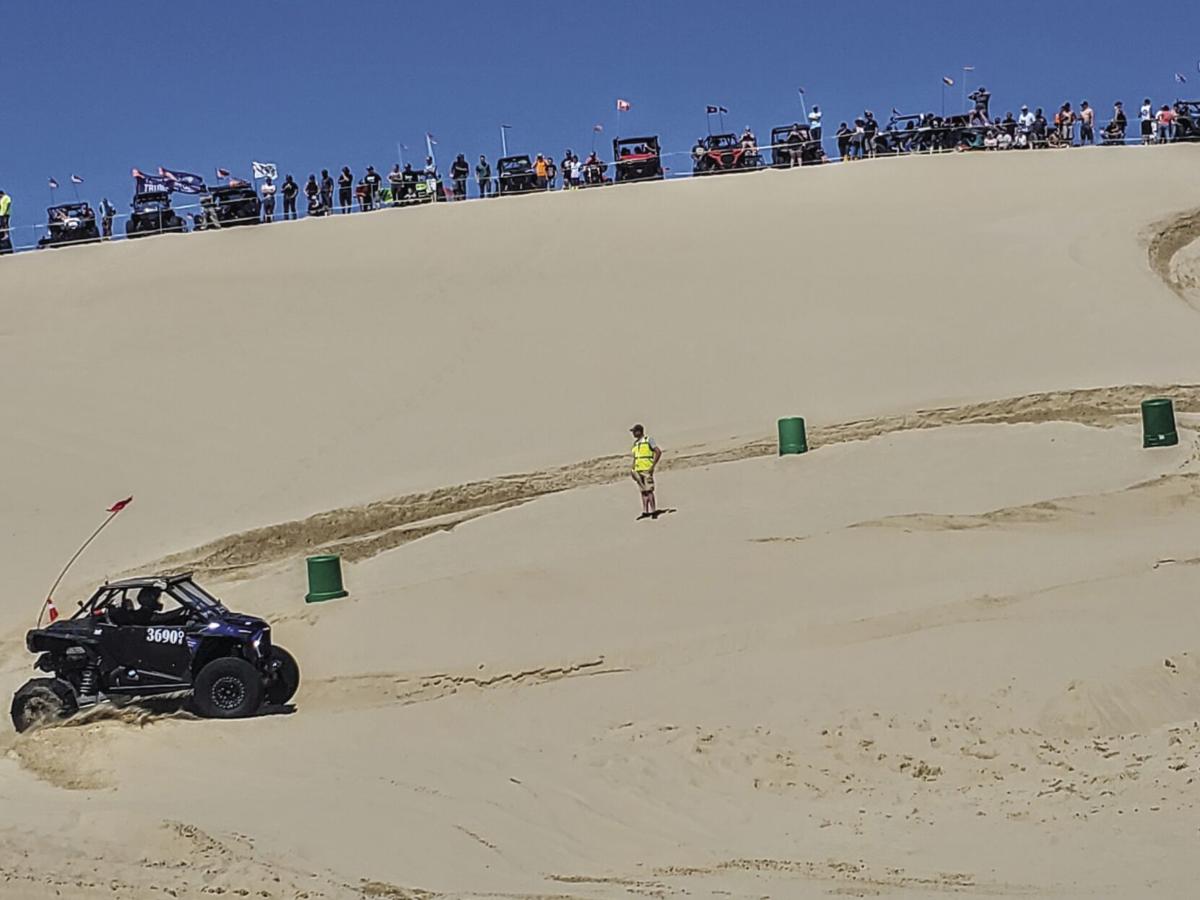 Over 15,000 people attended the sixth annual UTV Takeover this past weekend

NORTH BEND ─ Over 15,000 people gathered on the dunes this weekend.

Recreational enthusiasts from around the country flocked to Coos County to participate in the sixth annual UTV Takeover, making it the largest event it has seen so far.

“UTV Takeover is the nation’s largest tour of off-road events for UTV and off-road vehicles in general,” said Zach Jeffers, media and marketing director for the touring event. “Every year we put on these large events at destination locations where people … can experience something they can’t get anywhere else.”

According to Jeffers, tens of thousands of people follow UTV Takeover where he said, “You can always have a good time, but you can have an epic time with a thousand of your friends.”

UTV Takeover originated in Coos Bay, he added, though it has grown to feature racing, drag racing, the short course, wheelie competitions, as well as a kid’s zone which gives “parents a break before lunch,” Jeffers said.

“We have cornhole tournaments and all sorts of family-friendly activities,” he continued.

UTV Takeover begins its summer schedule in Coos Bay before heading east to Virginia for more trail- and mud-oriented events.

“Each of our events is a little unique where we’re focused on the culture of the area,” he said.

“…You travel five seconds and you’re on rocks,” he said. “You can travel to the Grand Canyon, camp, and come back. We’re organizing events around an epic destination experience.”

For the southern Oregon coast experience, Jeffers said UTV Takeover organizers and owners met with both North Bend and Coos Bay city mayors to discuss the impact it has on the local community.

“This community is focused on fishing and various aspects of a small coastal community, except when it comes to recreation,” he said. “They have this amazing expanse of sand dunes, and this section of dunes is loose, wide and varied. In Winchester (Bay), you have huge dunes (but) come to (North Bend) and have dunes everyone can appreciate. People get scared of big dunes, but you can come out here and do night rides that starts as a single file line….”

UTV Takeover has grown steadily over the years. Even during 2020’s pandemic, Jeffers said UTV Takeover grew by 10 to 20 percent.

“The nature of our events being outside in the air and sunshine, we were able to navigate the regulatory struggle of putting on an event,” he said. “We made it happen and the community showed up and supported us.”

This year, Jeffers said the event is growing roughly 80 percent with the Utah tour anticipated to be the biggest of the year.

UTV Takeover is held on the 100 acres owned by the Goergen family, which shares one mile of common boundary line with the U.S. Forest Service and Coos Bay Rail Line. Todd Goergen said that his family has held that piece of land, which contains some of the sand dunes, as well as a camping area since the 1960s.

“We used to see VW Bugs out here rolling around,” he remembered. “My brother and I owned an ice company and delivered ice up and down the coast and saw a need for recreational access, camping facilities right on the dunes, so we opened the campground … (in) the early 1990s … and developed the existing campground in 2012.”

As for working with the owners and organizers for UTV Takeover, Goergen said it is “a tremendous asset for the community.”

“(This) wouldn’t be possible without the volunteers associated with the event or stakeholders like the Port of Coos Bay, Coos County, Roseburg Forest Products, all the landowners out here,” he said. “…The Forest Service has been excellent to deal with… (And) one of the major stakeholders that cooperated with this year’s event, that allowed access to their property on the southside of Trans Pacific Parkway, was Pembina….”

Goergen added that his family is in the process of expanding the campground to accommodate more activities and events like UTV Takeover.

“We want to expand north of the existent campground,” he said. “We’re currently adding another 76 full-service sites. We’re hoping to have it done before Labor Day.”

His family has worked with UTV Takeover to facilitate other events, most recently a smaller one last fall.

“We worked with Coos Health and Wellness to make sure we had a safe event,” he said. “We’re looking at doing one or two more events, not this big, throughout the year.”

Goergen thanked the community for embracing the event, as well as UTV Takeover co-owners Steve McCarthy and Jim McIntire for bringing it to the area.

Gate Security Lead Krystal Hopper said all the individuals who were at the gates were volunteers.

UTV Takeover staff member Tyke Murdock, who has been involved every year since its inception, said he is amazed by the rapid growth in attendance and events.

“It brings a lot of money to our state, our area and local businesses,” he said. “(And) with the coronavirus and everyone being locked in at home, this year everyone wants to get out because they’re antsy… Everyone is just flooding out here.”