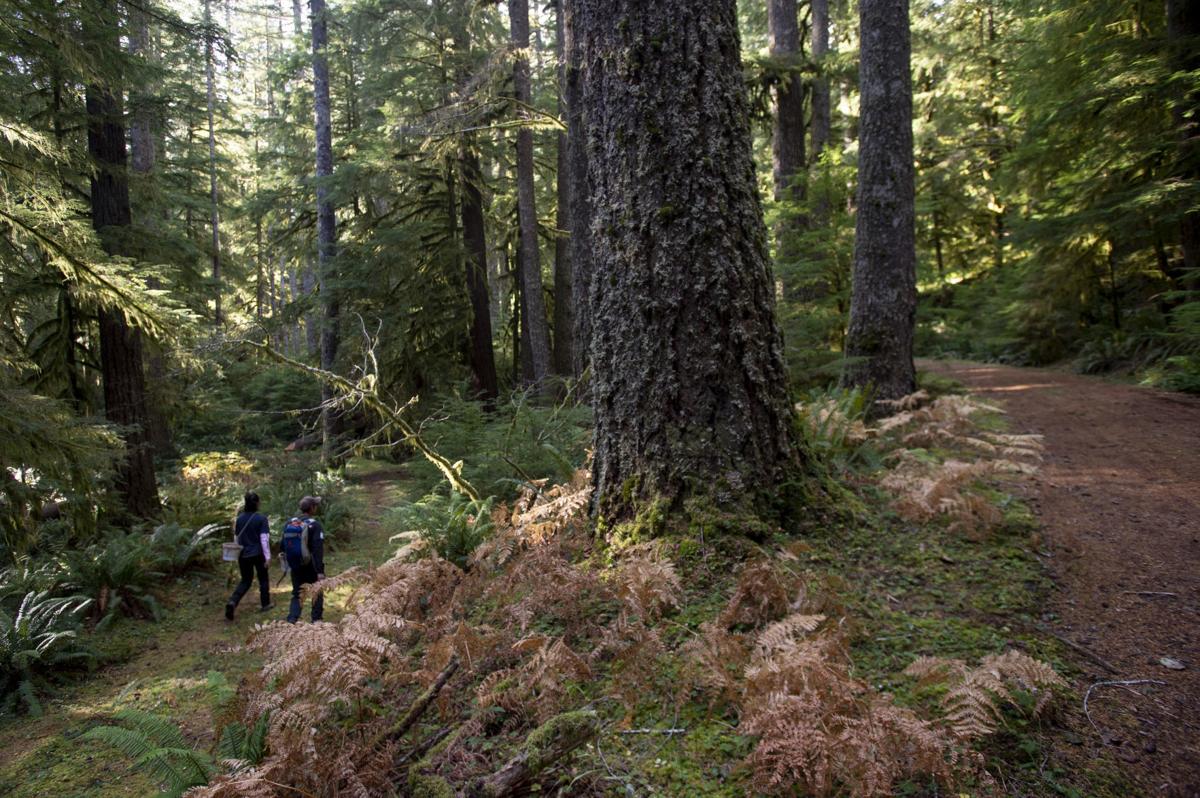 People hike near the Silver Creek Heritage Grove in the Elliot State Forest on Nov. 9. The Oregon Supreme Court ruled recently that the 2014 sale of 788 acres of the forest on East Hakki Ridge was illegal. 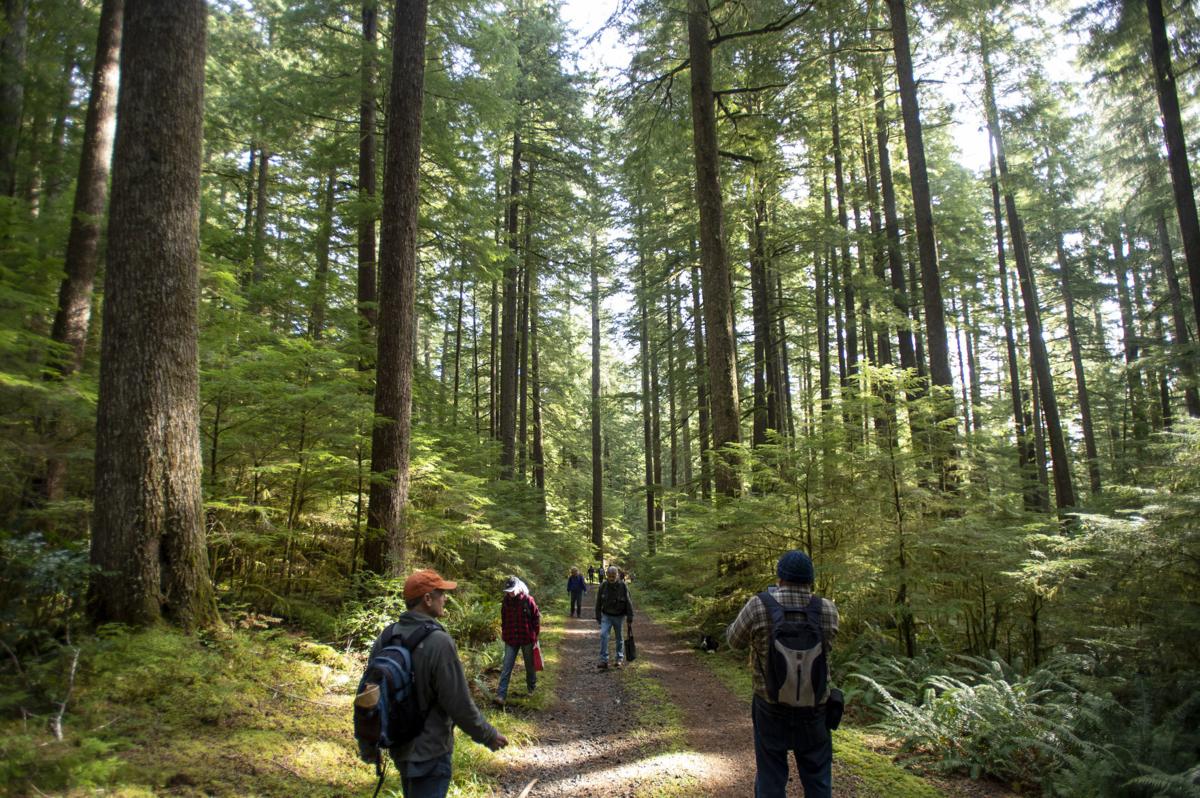 About 50 people participate in a 2019 hike to learn about the diversity of fungi and its function in the Elliot State Forest ecosystem. The Oregon Supreme Court has ruled that the sale of 788 acres of forest lands from the Elliott State Forest was illegal.

SALEM — The Oregon Supreme Court has ruled that the sale of 788 acres of forest lands from the Elliott State Forest was illegal.

About 50 people participate in a 2019 hike to learn about the diversity of fungi and its function in the Elliot State Forest ecosystem. The Or…

“This ruling affirms that the state should never have sold these beautiful public lands,” said Noah Greenwald, endangered species director at the Center for Biological Diversity. “The Elliott State Forest is a treasure to all Oregonians, providing critical habitat to coho salmon, marbled murrelets and people alike.”

The lawsuit over the timber sale was filled by Cascadia Wildlands, Audubon Society of Portland and the Center for Biological Diversity. These conservation groups cite ORS 530.450 as the basis for the lawsuit. The ORS withdraws from sale any lands on the Elliott State Forest that were originally part of the Siuslaw National Forest. The East Hakki Ridge fell within this category.

That statute states, “Any lands in the national forests on February 25, 1913, selected by, and patented to, the State of Oregon, for the purpose of establishing a state forest, hereby are withdrawn from sale except as provided in ORS 530.510. The state forest shall be known as the Elliott State Forest.”

“Oregon’s highest court has spoken, and it is illegal for the state of Oregon to sell off the treasured Elliott State Forest,” says Josh Laughlin, executive director of Cascadia Wildlands. “Those who appreciate clean water, stately forests and access to our public lands are the big winners today."

Another argument ODSL and Seneca Jones made was that it is the function of the State Land Board to manage common school lands to the greatest net benefit.

In its ruling on the case, the Supreme Court of the State of Oregon cited Article VIII section 5(2), which “directs the State Land Board to 'manage' lands under its jurisdiction with the object of obtaining the greatest benefit for the people of this state, consistent with the conservation of this resource under sound techniques of land management.”

Another parcel, the 355-acre Benson Ridge tract, was sold in 2014 to Scott Timber Company and is also currently subject to litigation by the same plaintiffs, who are fighting to protect the marbled murrelet habitat it contains.

Pieces of history can be taken home this weekend

Pieces of history are up for grabs this weekend before a historic newspaper collection is taken to the landfill. The public is invited to pick out free duplicates from the 100-year span of newspaper archives.