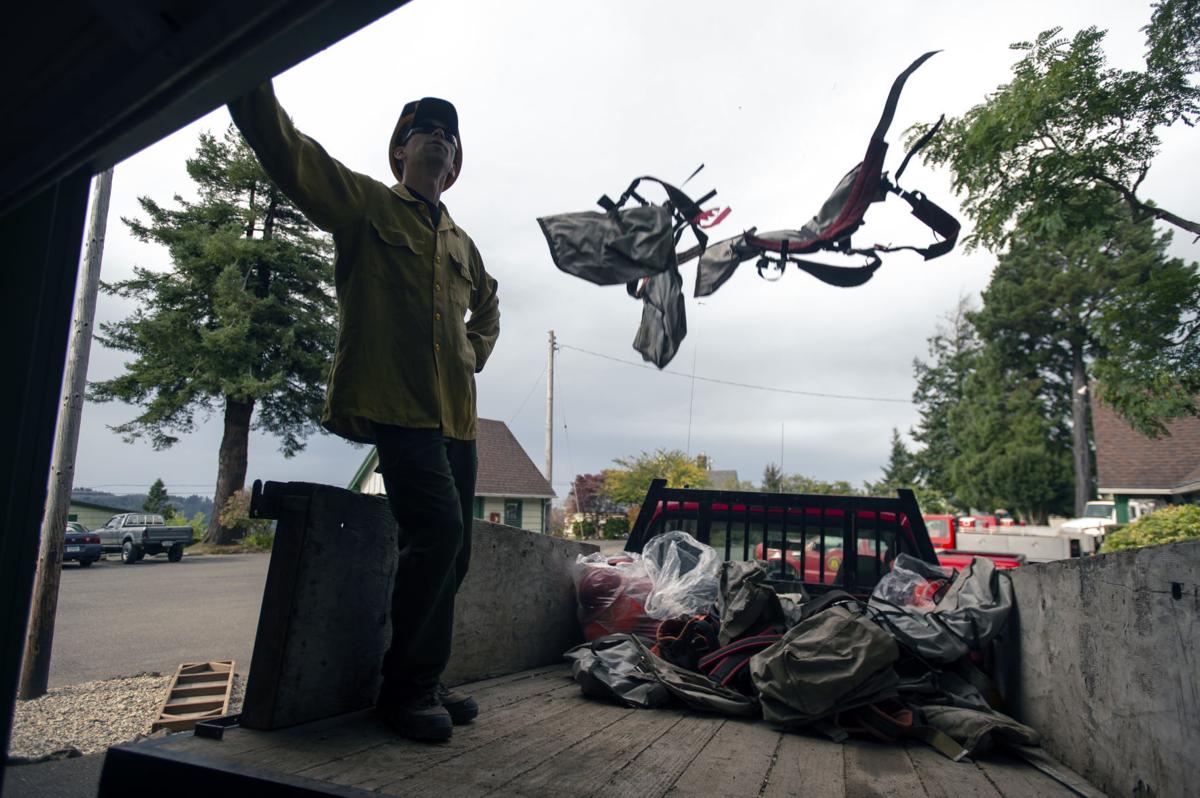 Firefighter Sal Gilliland stands in a truck as he and other firefighters fill it with tree planting equipment Wednesday at the Coos Forest Protective Association headquarters in Coos Bay. 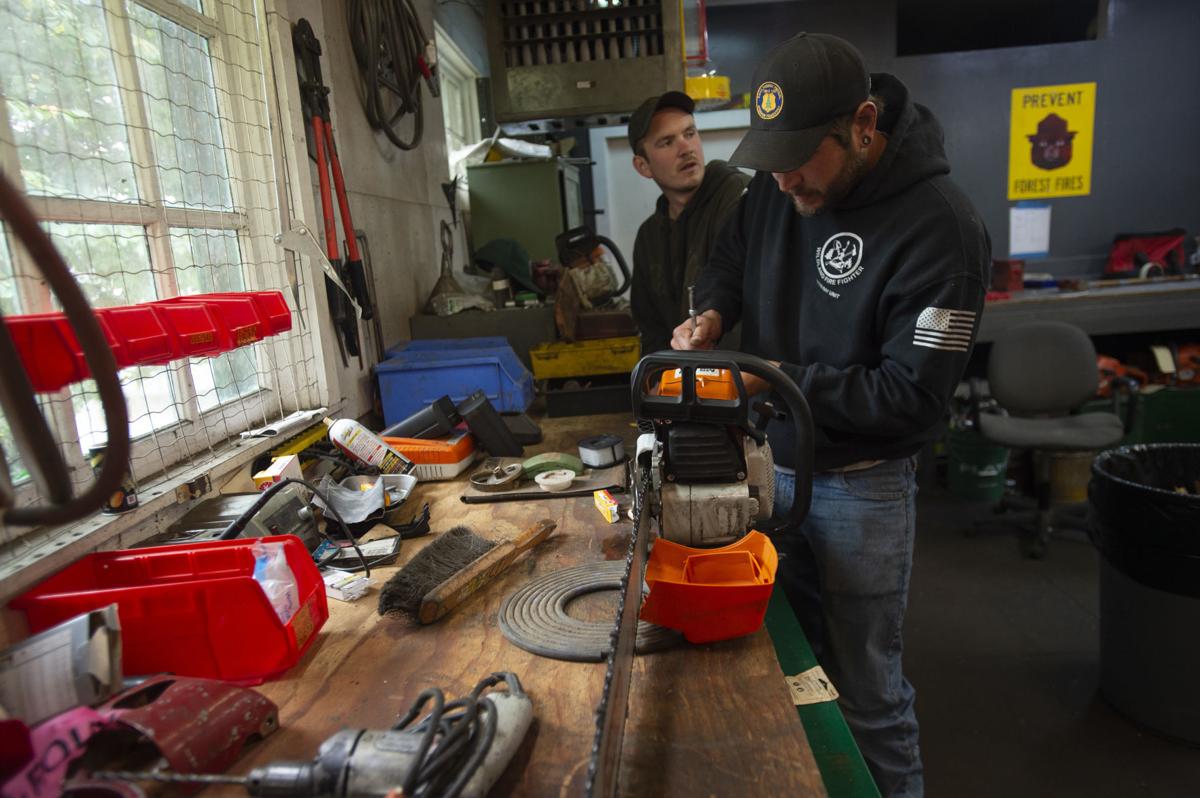 COOS BAY -- Oregon was given a bit of relief in regards to its lighter-than-normal fire season this summer, which comes as a nice reprieve after two record fire seasons.

Firefighters Chris Siebrasse, right, and Jeremy Norris work on a chainsaw Wednesday at the Coos Forest Protective Association headquarters in …

The largest fire in the state this season was the milepost 97 fire, which burned around 11,000 acres along the I-5 corridor, near Grants Pass.

According to Coos Forest Protective Association, the weather was the deciding factor in this year’s fire season ending a bit earlier than normal.

“We had above average rainfall for September, and so the weather of fall let us end the season a little earlier,” Jeff Chase with CFPA said.

“We ended fire season, but that doesn’t mean that later in October we won’t potentially see fire conditions again. For now, though, it was justifiable to end the fire season,” Chase said.

Chase said he thinks one reason this fire season was tamer might have been a result of the heavy fire seasons that Oregon has had over the past two years.

“A lot of heavy fire seasons help reach the public to be a little safer with their fire causes,” Chase said.

NORTH BEND — The fourth annual Barktoberfest is returning with a parade of animals and adoption opportunities from the Coos County Animal Shelter.