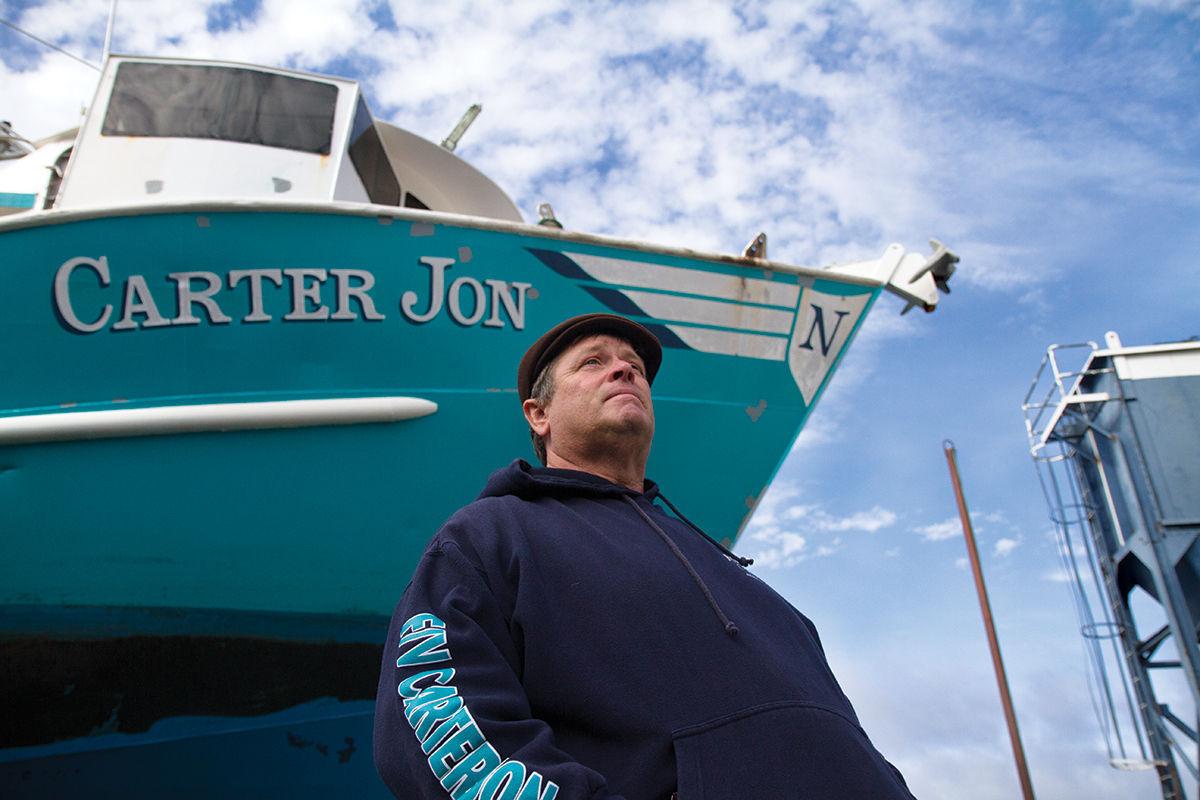 Nick Edwards with his local fishing boat the Carter Jon. 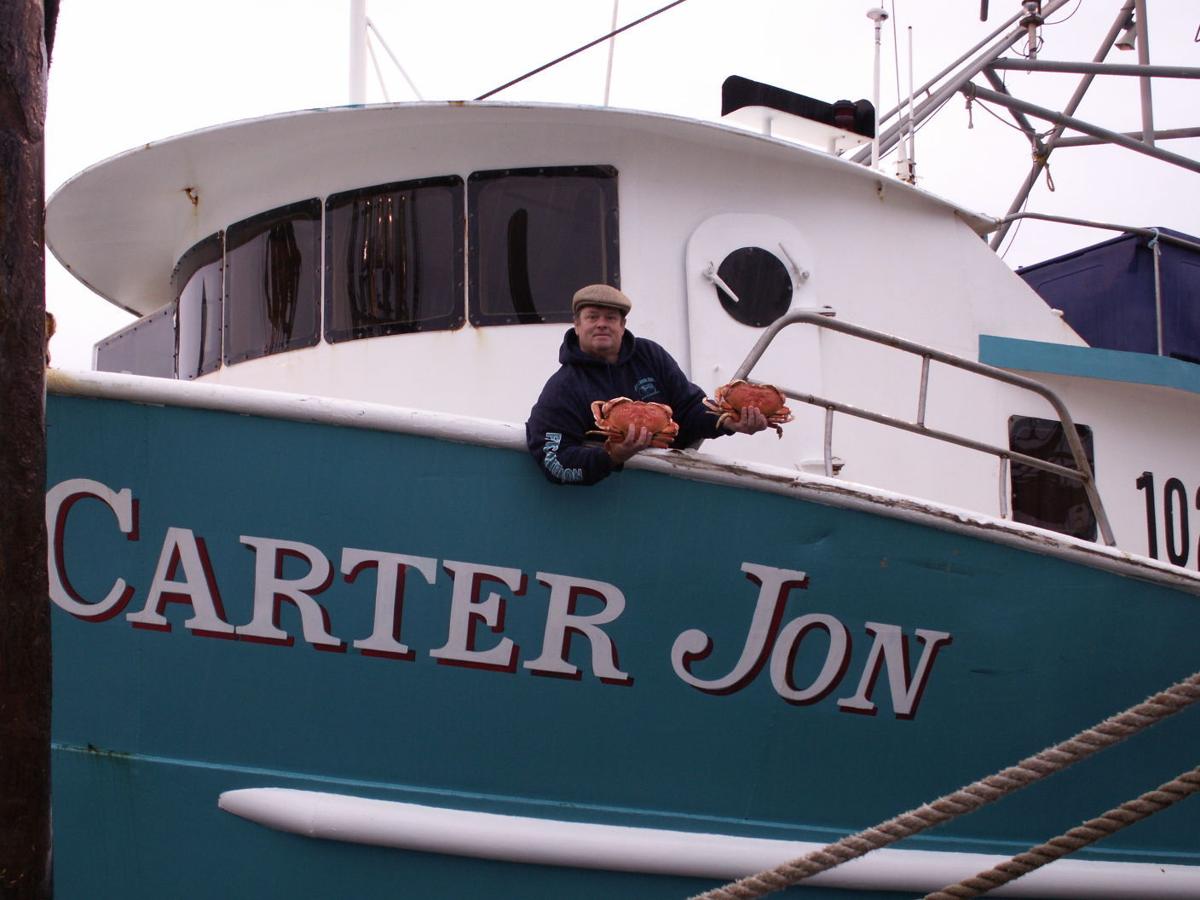 Local fisherman Nick Edwards on his boat the Carter Jon. Edwards is part of the group of fishermen and conservationists partnering together on the future of fish habitat. 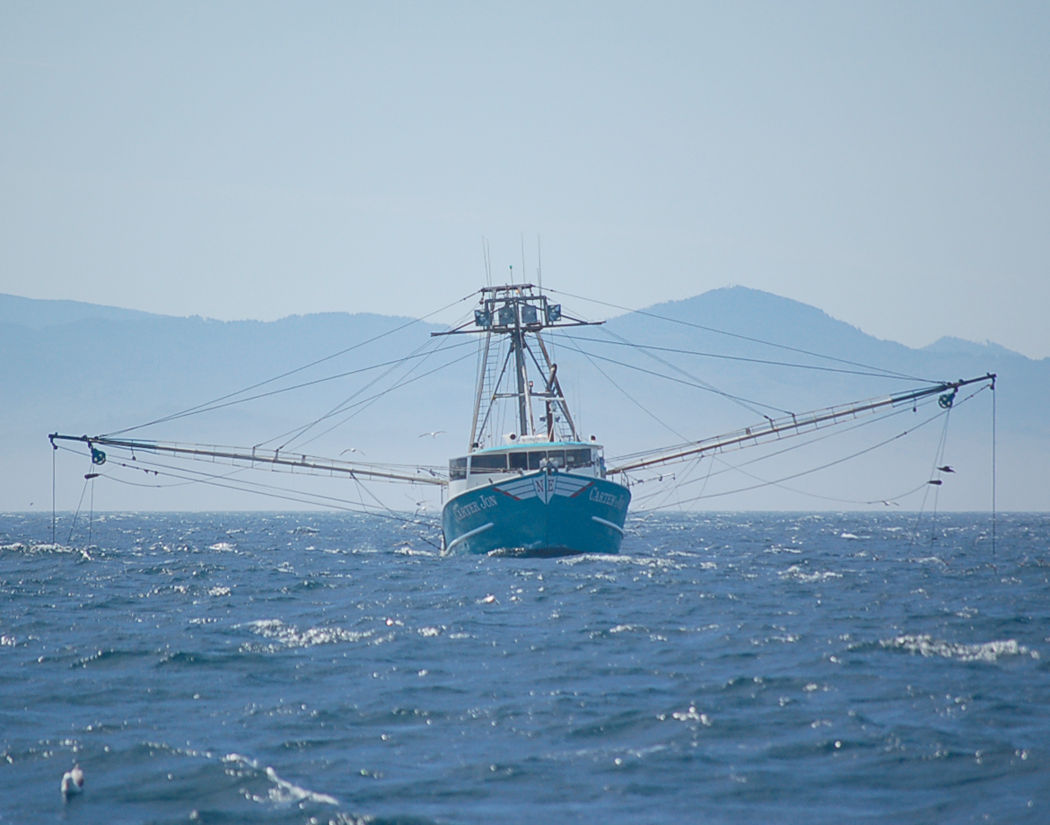 Nick Edwards with his local fishing boat the Carter Jon.

Local fisherman Nick Edwards on his boat the Carter Jon. Edwards is part of the group of fishermen and conservationists partnering together on the future of fish habitat.

The purpose of the meeting? For the group to open up communication and find common ground about how fish resource habitats are currently being managed. It's a discussion that has taken place after years of fishermen and conservation organizations butting heads.

“The big picture is two different sides learning how to work together and learning to trust people that you formerly viewed as your enemies,” said Seth Atkinson, an oceans program attorney for the Natural Resources Defense Council. “It's a bold new world now with how the fisheries operate.”

"I think the result of this effort is much more accurate identification of the fish habitats that people are interested in and that people want to protect,” he said. Pettinger, who is based out of Brookings, represents the state-wide commission that represents trawlers on the Oregon coast.

Atkinson had been in Coos Bay as part of a series of meetings he was attending in all the major trawling ports up and down the West Coast, including Astoria, Newport and Brookings, and Crescent City, Eureka and Fort Bragg, Calif. Atkinson focuses on protecting fish habitat, ensuring sustainable catch levels, rebuilding depleted populations and accountability strategies for NRDC, a nonprofit international environmental advocacy group that has offices in Washington D.C., San Francisco, Los Angeles, Chicago and Beijing.

“We pushed aggressively to put the brakes on what we saw as several decades of over-exploitation,” Atkinson said, summarizing the NRDC's previous approach. “There's a real history of environmental groups in conflict with the fishing industry. We were in battle mode.”

He explained that it initially began when the fishing industry's system changed from one where everyone could go out and catch fish to one where everyone is granted a specific amount of fish — what he referred to as a “rationalization” program. He described the decades of the 1970s, '80s and '90s as boom years for fishermen prior to some real different periods of contractions. The conflict between groups framed up during those contractions.

With the current system where fishermen are assigned an ownership interest in the fishery, a lot more control has been put in the hands of the fishery, revolutionizing the way they operate. Yet, he said it's taken some time for people's relationships to catch up with the new realities.

The breakthrough, he said, really occurred in November 2013, when Tom Libby of the Pacific Fishery Management Council approached him after a council meeting amidst the usual contentious environment. The two then sat down and tried to map out a new working relationship and model for fishery management.

The convergence led to a planned series of ongoing meetings between a collaborative group that besides Atkinson, Libby and Pettinger, includes Shems Jud of the Environmental Defense Fund and Mariel Combs, an attorney at Oceana. Local Coos Bay fishermen Rex Leach and Nick Edwards have also been involved.

“In the middle of a mandatory review, Tom Libby and Seth sat down to talk about this — to ask how do we do this in a different way? That there's a better way to handle fish habitat,” Pettinger recalled. “The five of us — some from the NGO side and some from the industry side — we started talking a lot together about how do we move forward in a more collaborative way.

"I think the folks in the process — the fishermen in different ports and the environmental community — have a higher level of trust."

Edwards is a local commercial fishermen of 35 years, who sits on many boards representing the fish industry locally, nationally and internationally. He described the collaboration as “innovative thinking.”

“It used to be the NGOs were in complete odds with the commercial fisheries and now it's clearly not the case,” Edwards said.

Atkinson, who is based out of San Francisco, has been at each of the ports three times and plans on returning to each one more time. He acknowledged that those who know the coast best are the fishermen themselves.

“We're trying to get as many fishermen in the room as possible — sitting down with the fleet — and asking, 'In your guys' experience, what are the areas off the coast here that we should be paying attention to in terms of habitat and those that are currently closed to regulation that you would like to see access to?'” Atkinson said. “So by having a two-way conversation it really opens up the dialogue and it makes people not feel as defensive.”

Jud said the ultimate goal is to put together a draft of proposed changes to the area regulations that will be presented to the Pacific Fishery Management Council in September. The group expects the council will incorporate the results into their analysis of what fish habitat on the West Coast should look like.

“The core of it to me is that by working together and getting on the same page we really do reach a better outcome,” Jud said. “For a long time that anecdotal knowledge from the fishermen hasn't been looked at, but there's real value there.”

Reporter Carly Mayberry can be reached at 541-269-1222, ext. 234, or by email at carly.mayberry@theworldlink.com. Follow her on Twitter: @CarlyMayberry.

No surveys. Faster-loading pages. Join for $3!

Take a trip down memory lane in the The World Newspaper archives!