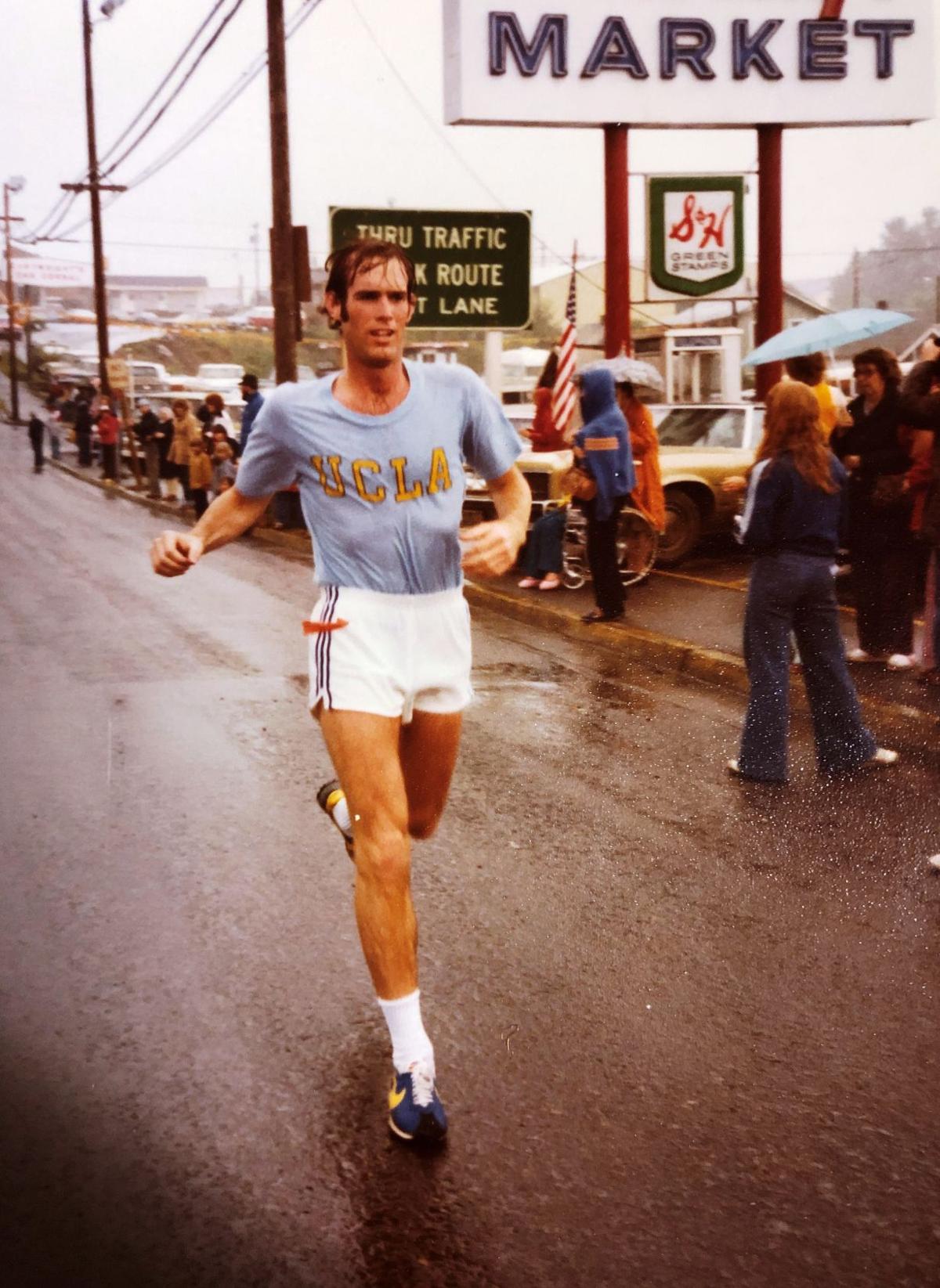 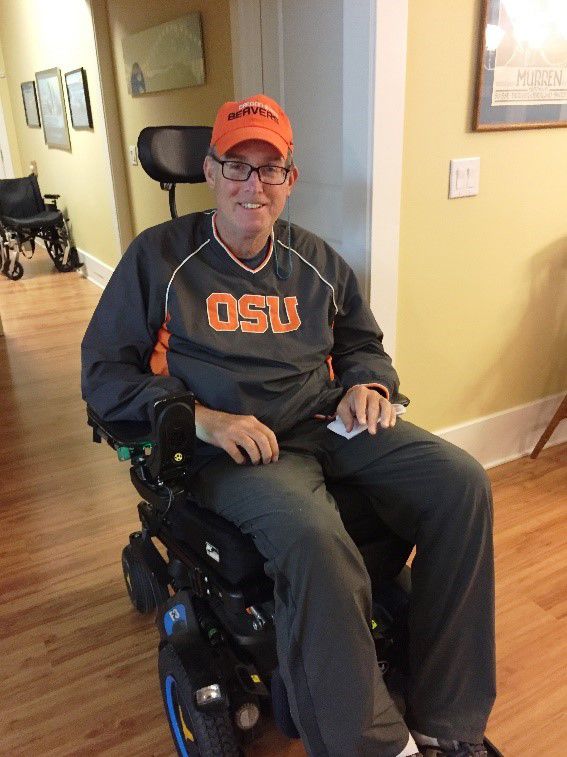 Mark Timothy “Tim” Pflaum sprinted over home plate on April 11, 2020. He played his game of life, enduring all the curveballs it threw at him and fastballs he threw at it, for a full 62-year inning stretch. Tim was ready to run after living in a wheelchair for almost half his life due to Multiple Sclerosis.

He was proud to say he was born in San Diego but spent most of his growing up in Gresham, Oregon. It was here he became known for his athletic prowess in both baseball and basketball.

Tim strove to be the best and hardest worker in whatever he did starting with a paper route at eight. This mentality never left him. Tim continued sports into his college years where he met his wife the first week at Oregon State…yet he didn’t ask her out until his last week because, “she wasn’t the kind of girl you date, she’s the kind of girl you marry.”  He started his career as a business teacher at Gaston then Tigard High School, and ended his career as a high school Principal/administrator in the Coquille School District.  After retiring Tim moved up to Monmouth where he got involved in the community and continued to make his corner of the world a better place. There was no such thing as an awkward interaction or a stranger to Tim.  Tim was a lifelong learner, always trying to make himself and others around him better, even recently asking about singing lessons. Yes, seriously. Tim loved sports; playing, coaching or watching. He justified being a bandwagon fan because “Life’s too short to cheer for a losing team.” But also, Go Beavs! Tim never had a dream where his legs didn’t still work and of course, was usually playing sports where naturally he made the winning plays.  Tim was a clever, gifted storyteller, full of wit and humor. When he laughed his wheelchair rocked and his whole body shook. He learned to laugh at life and himself in a way that few do because of his MS, whether he was tipping his wheelchair into the Willamette River or knocking over multiple tables in a restaurant. Tim liked to keep you guessing and definitely made things interesting.  He was also courageous in a way few of us have to be. Tim lived hard and didn’t let his disability get in his way. He maintained his independence and competitive nature until the day he died.  Even though he was a guy in a wheelchair he never wanted to be known as "the guy in the wheelchair". Tim was social and had a way of bringing people together. He loved a party. Tim loved to be generous, was a cheerful giver and gave encouragement wherever he could. Amazon Prime changed his life and many people in his orbit reaped the benefits. You had to be careful what you said around Tim or you’d end up with a trinket. Tim loved his multitudes of friends from all walks of life, his family and the Lord deeply.

Tim is survived by his three children who he fiercely loved, Erik Pflaum (Lana), Katy Pflaum and Mary Jo Pflaum; his siblings, Mike Pflaum (Elaine), Toni Gress (Sam), Richard Pflaum (Bing) and Tricia Wegener; sisters in law, Jan Pratt (Jeff), Diane Riddell (Bill) and many nieces and nephews. Tim is also survived by his wife, Karen, who will miss him every second of every day for the rest of her life. And his dog Haka, his sidekick.

He was preceded in death by his parents, Leonard and Mary Pflaum, and his in-laws, Wes and Joyce Hedeen.

Memorial contributions can be made to Ella Curran Food Bank or food bank of your choice. Tim will have a celebration of life but due to COVID-19 restrictions, it will be postponed to a later date. Kind of like a weather delay in baseball.

Farnstrom Mortuary is caring for the family. Memories and condolences may be shared at FarnstromMortuary.com and www.theworldlink.com

To plant a tree in memory of Mark Pflaum as a living tribute, please visit Tribute Store.