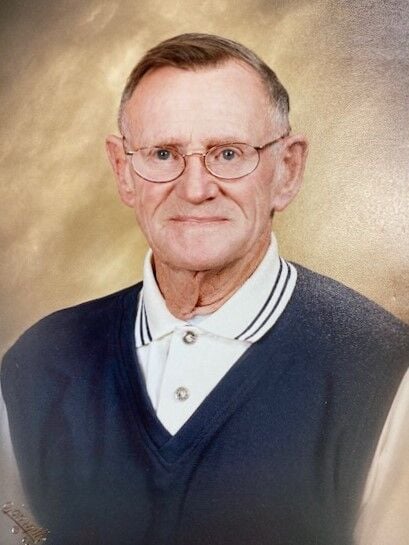 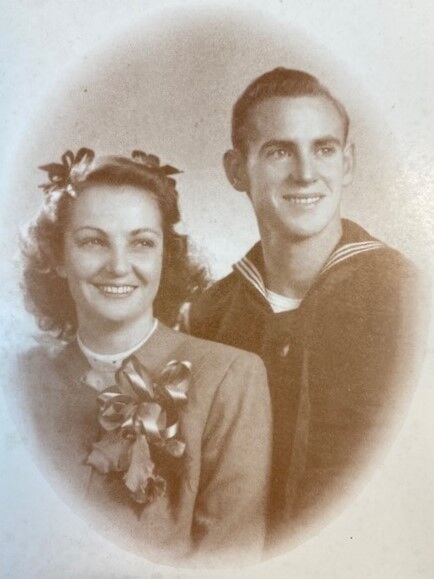 Jim Curran passed away on March 11 at the age of 96.  Born in Coos Bay in 1924, Jim lived nearly his entire life in Coos County.  A remarkably curious and energetic man, he made a profound impact on countless people over the course of his life, especially throughout his decades of teaching in Bandon and Coquille.  In fact, Jim never stopped teaching, constantly imparting knowledge to anyone within earshot, whether they wanted it or not, right to the end,

Jim’s youth was spent often with his late sister Marilee, a gorgeous counterpoint to his gangly appearance, spending summers in Oakland while attending Marshfield during the school year.  A standout in both academics and athletics, Jim lettered in three sport as a proud Marshfield Pirate before the family moved to Corvallis for his senior year.  In his senior year, he took second place in the state running the half mile, the smallest runner in a field of 28.

The highlight of his short time in Corvallis, though, was his first look at a beautiful coed classmate, boldly informing his lifelong Kronie, “That’s the woman I’m going to marry”.  The attractive female, unencumbered by Jim’s existence, much less his dubious prediction, was named Flo Callas, and sure enough, they were married two years later and remained so for 73 years until her passing in 2019.  Few couples radiate such conspicuous affection for one another as did Flo and Jim.

World War Two was raging when Jim graduated from high school, and Jim wasted no time enlisting to serve our country in the Navy.  He was assigned to combat duty in the Pacific theatre, serving mostly in the Philippines.  Despite remarkable wartime hardships and high casualties, Jim earned the moniker “The Professor” for his tendency to lecture Darwin-like on the lush Philippine jungle life forms.  Following his honorable discharge, Jim took advantage if the GI Bill to become the first in his family to attend college.

Jim spent four memorable years at Oregon State College, immersing himself in his studies, playing basketball on the practice squad and helping Flo raise the first of their five children.  With his degree in education, he began his career as a teacher and coach at Coquille High School.  He supplemented his meager salary as an educator by working for the US Postal Service, delivering mail and in the process, meeting many of the colorful citizens of the thriving timber town.  Lifelong friends were made in the process.

In the 1950’s, Jim’s efforts were instrumental in launching the local credit union, now First Community Credit Union, and served on its board for years.  Never one to do anything half-heartedly, Jim began taking students on field trips as a volunteer.  He would commandeer a bus from the school district and take groups to the outdoor locations near and far.  Weekly excursions would include trips to the nearby metropolis Coos Bay where activities such as bowling, swimming and roller skating were available.  During summers, Jim would lead trips to the High Cascades, often climbing to the top of the South Sister, seldom with adequate water, layer clothing or footwear.

In 1966, the Curran family then fully formed with three boys and two girls, moved from Coquille to Bandon.  Jim particularly enjoyed Bandon for the ready access to the beach and the abundance of marine life.  No life form, plant or animal, was unfamiliar to him, and he could recite their genus and species in English as well as Latin, with uncanny precision.  His mastery of the natural world was certainly not limited to marine life, nor to life forms indigenous to Oregon.  What a teacher he was! Generations of Coos County youth, numbering in excess of one thousand by the end of Jim’s career, insist that Jim was the best they ever had.

In his late 40’s, Jim took up golf and quickly became a scratch golfer, winning many tournaments, and hitting a remarkable 13 holes in one.  He accomplished this with a random assortment of mostly second-hand clubs, and with a distinctly unorthodox swing.

After retirement from teaching, Jim and Flo began spending their winters in a modest home in Yuma, Arizona.  Well into their 80’s, they would drive back and forth.  They made many friends there, on both sides of the US/Mexico border, as Jim never allowed a language barrier to stand in the way of introducing himself to strangers.

Jim and Flo continued to live in their Coquille home to the end of their lives.  In his early 90’s, Jim began writing newspaper columns for the Coquille Sentinel.  As many locals know, his columns touched on a wide range of informative and provocative topics, sometimes controversial and always authentic.

This condensed summary of Jim’s astonishing life is inadequate to capture the many shoots and branches of his journey, but be assured that given the time, one could easily fill a book with interesting tales aplenty.  That would be a book well worth reading.

Jim was preceded in death by his eldest son, Jan (Jenny) and is survived by Ann Schroeder (Jim), Jim Curran (Patti), Peggy Neal (Dan) and Bill Curran (Tiffany); as well as a number of beloved grandchildren and great-grandchildren.  Jim and Flo were also very close with his sister, Marilee’s two daughters from Coos Bay, Teri Davenport and Marcia Jensen.

Arrangements are under the direction of Amling/Schroeder Funeral Service-Coquille Chapel, 541-396-3846.

To plant a tree in memory of James Curran as a living tribute, please visit Tribute Store.