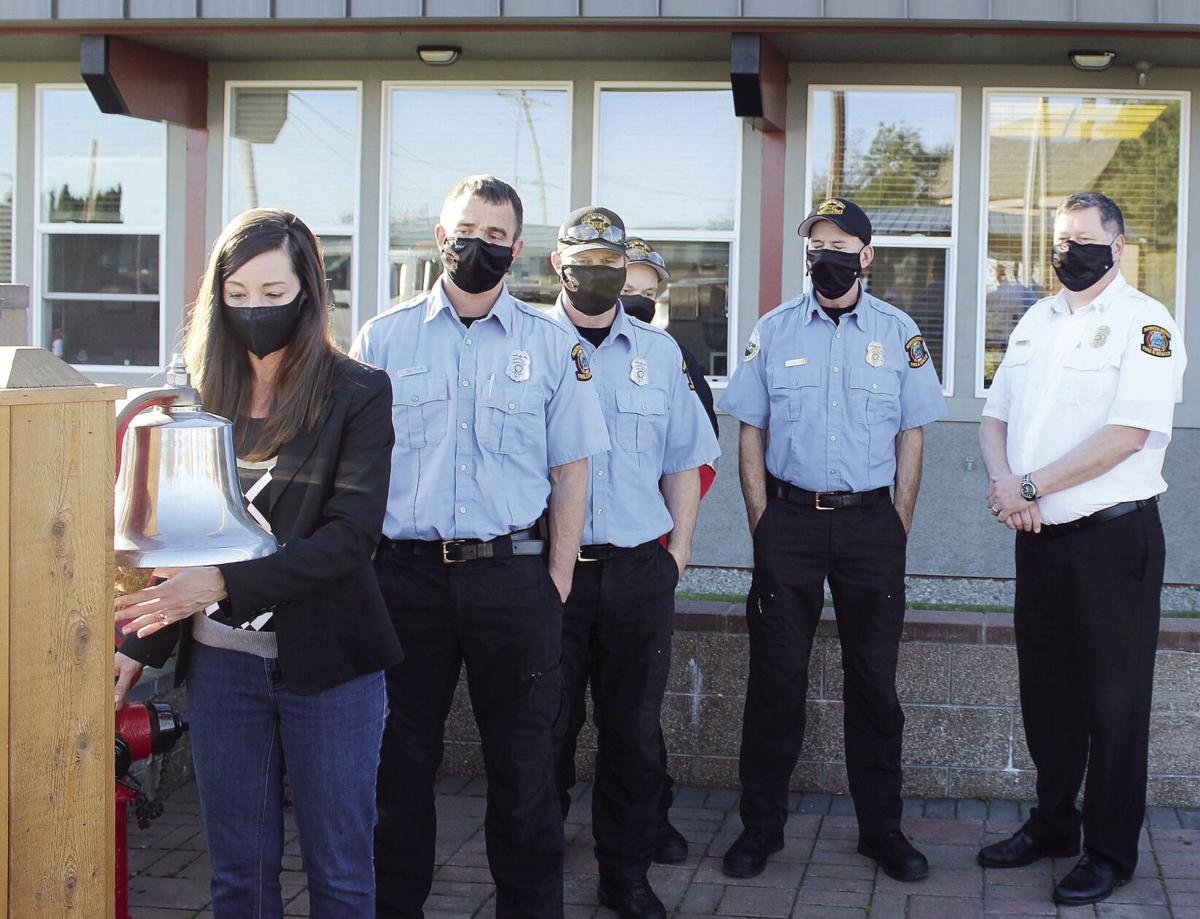 Mayor Jessica Engelke rings a bell while surrounded by members of the North Bend Fire Department during a ceremony honoring those who have died or suffered due to COVID-19. 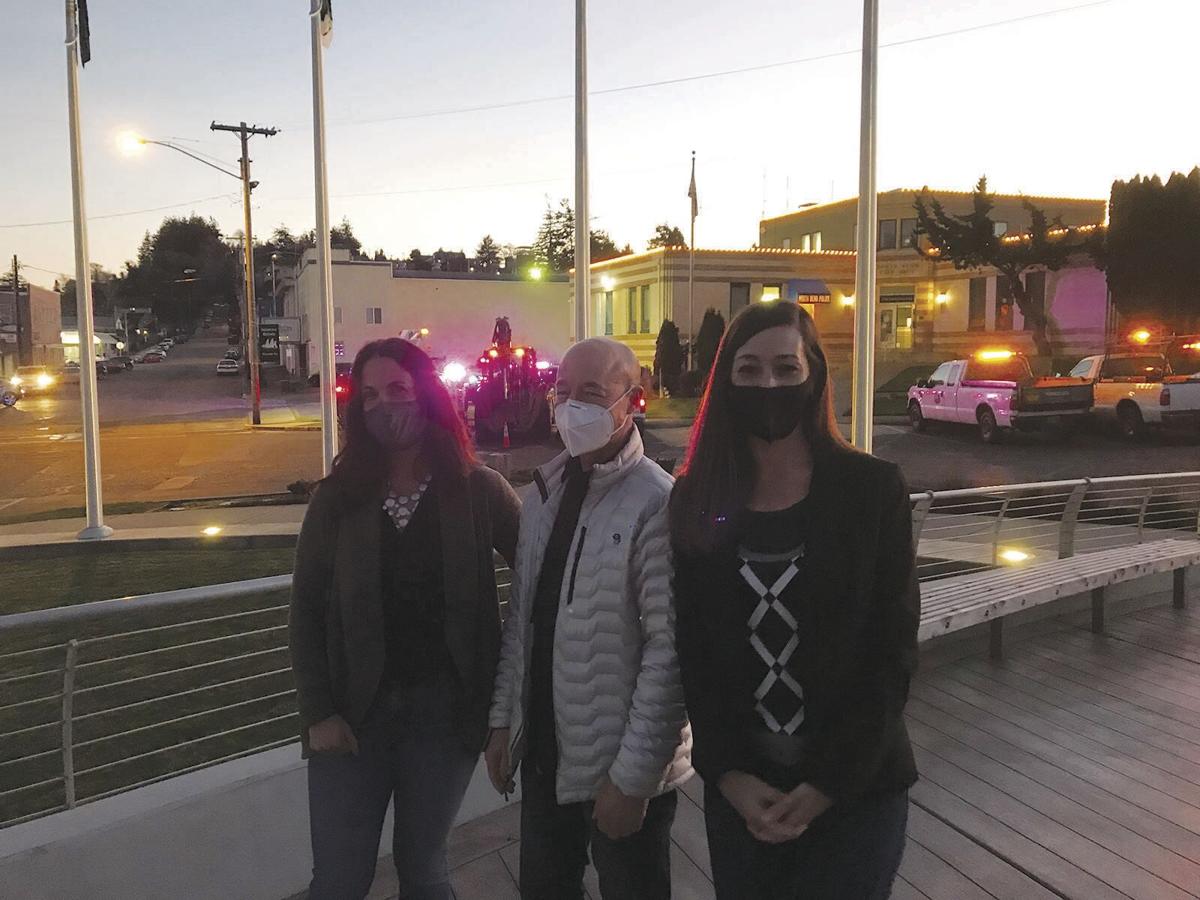 Mayor Jessica Engelke rings a bell while surrounded by members of the North Bend Fire Department during a ceremony honoring those who have died or suffered due to COVID-19.

NORTH BEND - Hours after the U.S. announced it had surpassed 400,000 deaths linked to the COVID-19 pandemic Tuesday, Mayor Jessica Engelke solemnly rang a bell to honor those impacted by the virus.

Engelke joined a nationwide remembrance of those lost to COVID-19 and those suffering because of the ongoing pandemic. She explained that as part of Pres. Joe Biden’s inauguration, he asked communities to pause at 2:30 p.m. local time and ring bells.

Engelke said North Bend City Administrator David Milliron decided to get the city involved as a way of honoring the victims of the virus while making a symbolic gesture of moving forward as a country.

“This kind of starts the beginning of the inauguration ceremony with the remembrance of the COVID victims,” Engelke said. “I think it’s neat the new administration is starting new by remember the COVID victims.”

Engelke said COVID has hit every community in the nation, including North Bend. She said her husband’s coworker lost his wife to COVID.

“These are people, they are friends, they are coworkers,” Engelke said. “We’re at a point where everyone in our community knows someone who has been impacted in some way.”

Engelke said joining in the nationwide ceremony was not about politics, but was instead a way to show solidarity in fighting against the pandemic.

“It doesn’t matter which side you’re on politically, it’s moving forward,” she said. “Even though tomorrow is a celebration, we have to remember we’re in a pandemic.”

Later in the afternoon, Engelke led another ceremony at city hall where the city lit up city hall in amber lights to honor the COVID victims. The lights will remain on at city hall for 30 days.

She invited Coos Bay Mayor Joe Benetti and Coos County Commissioner Melissa Cribbins to participate and all three spoke of remembering those who have lost their lives and recognizing the community's health-care workers.

“This is a little something our community of North Bend can do,” she said.