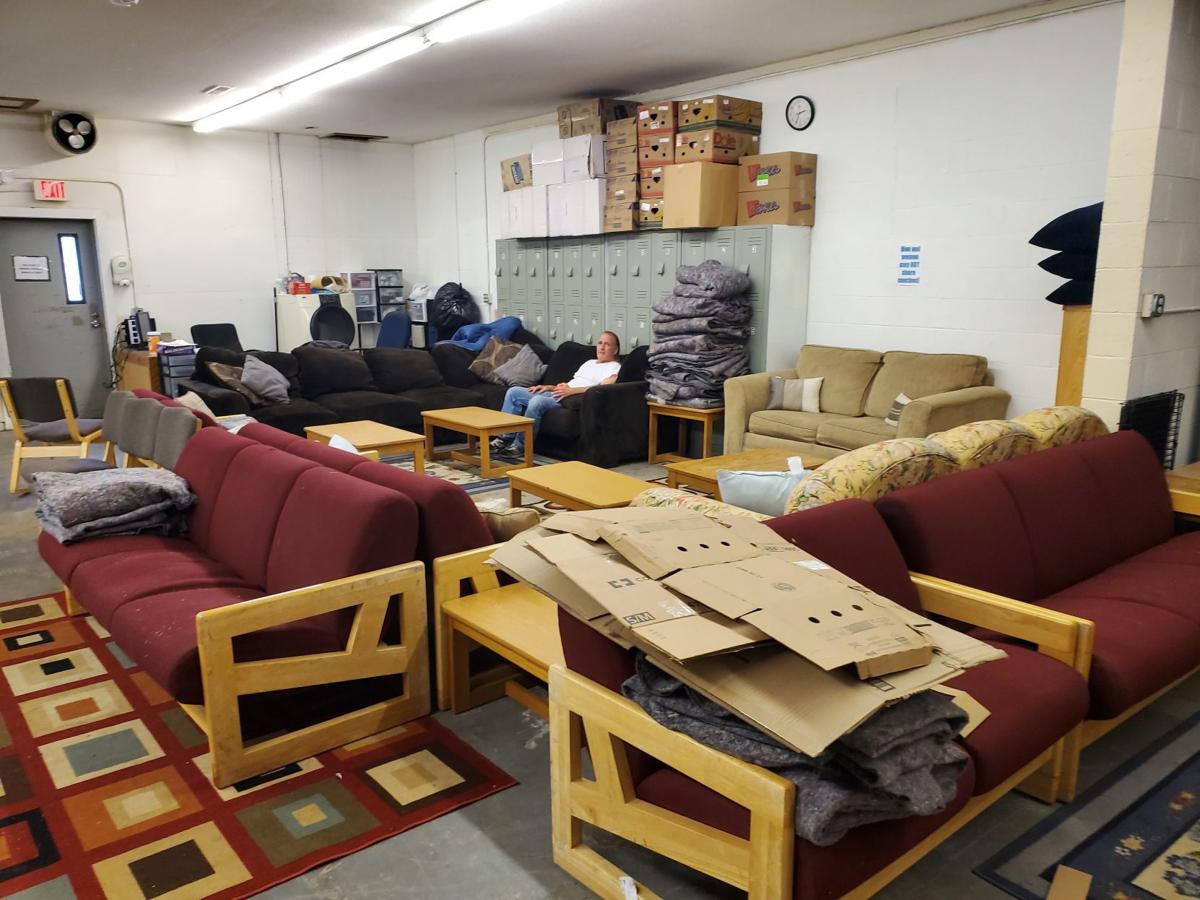 The Devereux's Warming Center opened for a second night in a row Tuesday evening, offering a safe place for local homeless to get out of the freezing temperatures. The Nancy Devereux's chef, Sam Houseman, takes a break in the Warming Center on Tuesday as employees and volunteers prepared to open for its second night. 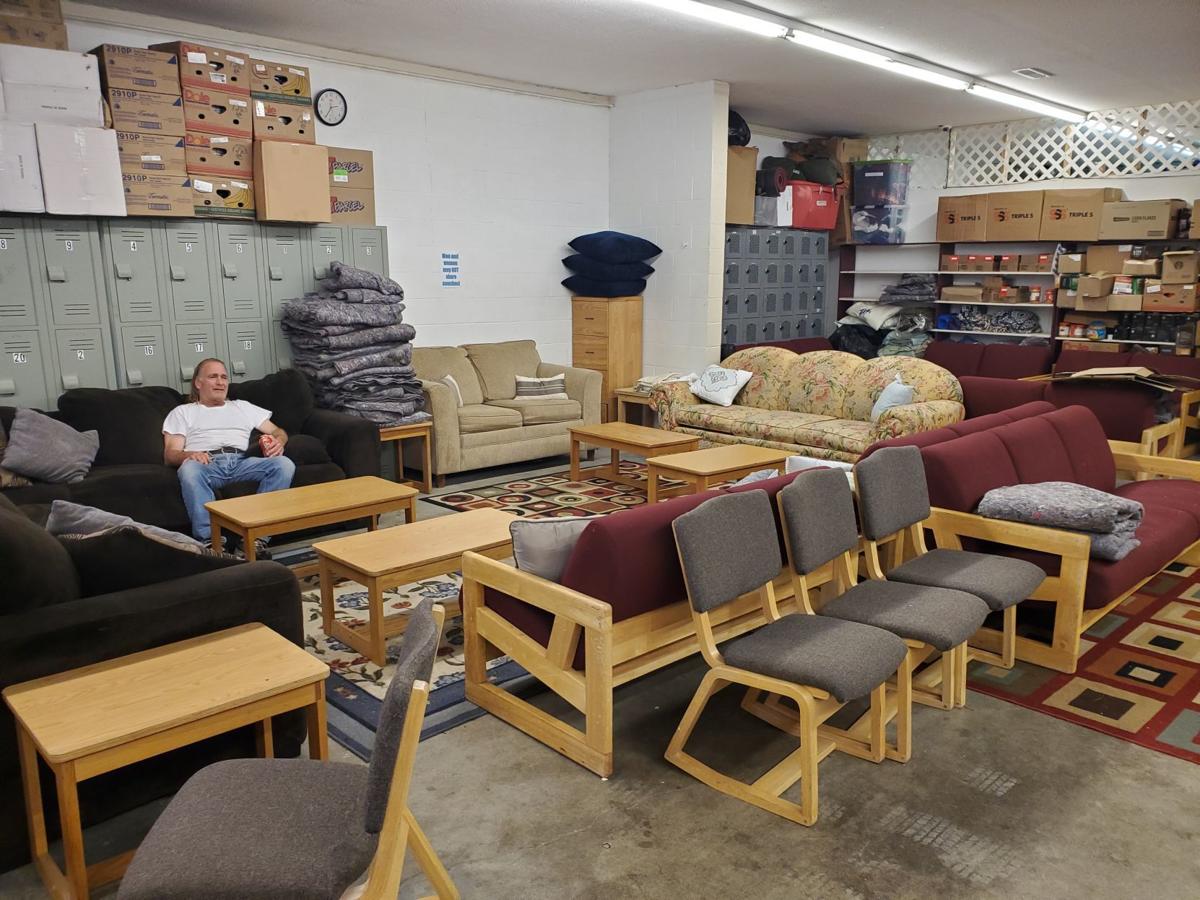 Nancy Devereux Center's chef, Sam Houseman, rests in the Warming Center downstairs on Tuesday as staff and volunteers prepare to open that night as temperatures dropped to freezing. 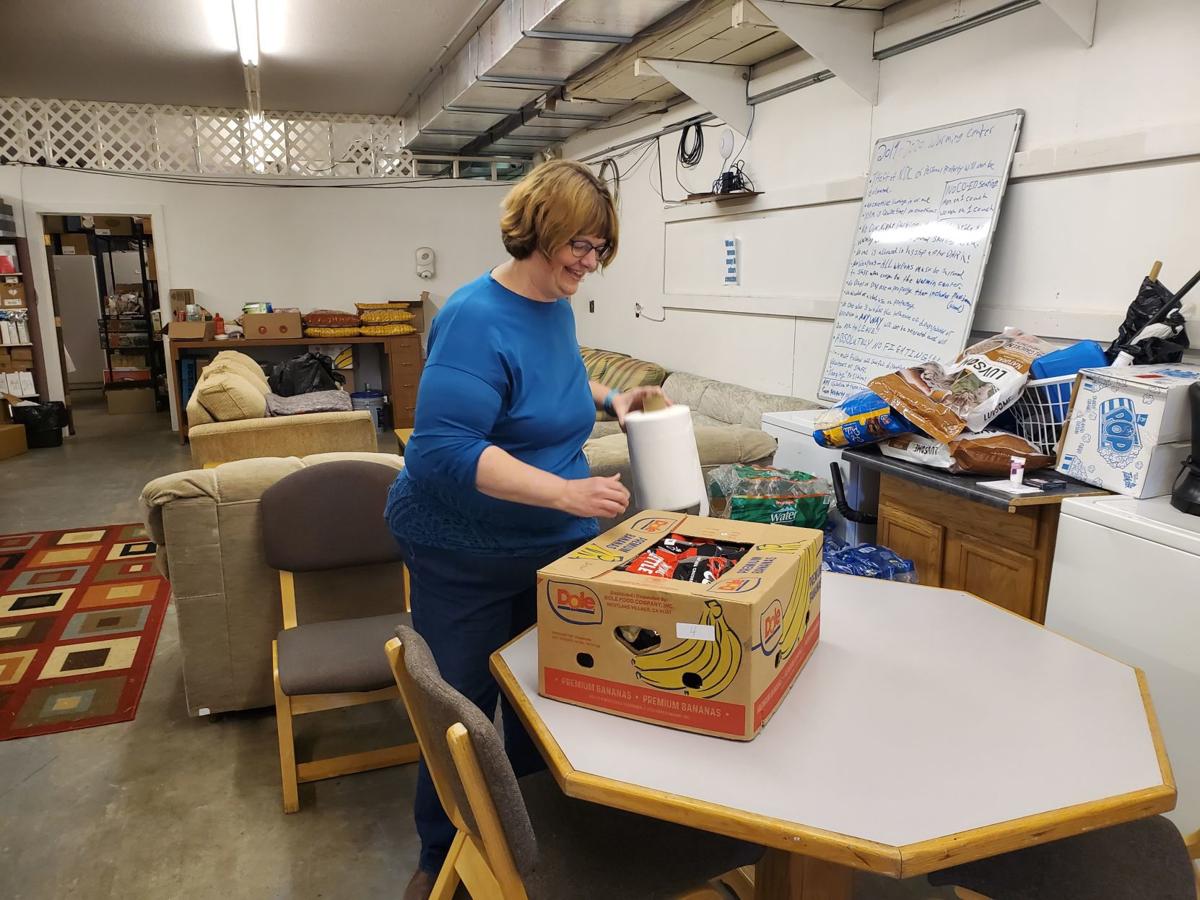 Nancy Devereux Center Executive Director Tara Johnson goes through food supplies for the Warming Center on Tuesday, Oct. 29, as staff and volunteers prepare to open again that night. The Warming Center has saved lives in its previous three years of being in operation. Already, Johnson said some homeless have shown up with purple fingers as the weather starts to change.

Now that chilly weather has arrived, the Devereux opened its Warming Center for the first time of the season Monday night and again Tuesday night for those homeless in the area. This year, the policy allowing it to open has been changed, giving Executive Director Tara Johnson more notice if the center can open or not.

Nancy Devereux Center's chef, Sam Houseman, rests in the Warming Center downstairs on Tuesday as staff and volunteers prepare to open that nig…

“I’m not scrambling to put things together at the last minute,” she said.

“This came out of those efforts,” she said.

Though the staff at the Warming Center didn’t get approval to open on Monday, Oct. 28, until 4:30 p.m., word spread quickly and almost 20 homeless individuals showed up. Even so, Johnson and staff at the Devereux helped warm people up when they arrived for breakfast and had purple fingers.

“People aren’t as prepared for this weather like in December when they expect cold temperatures, because this is the first weather event we’ve had and it caught them by surprise,” Johnson said. “We handed out a bunch of scarves, gloves and hand warmers because people were so cold.”

Though people aren't allowed to sleep at the Warming Center, since it isn’t equipped to meet the city codes to be a shelter, it does have sofas for homeless to relax as they get warm. It also serves hot meals until 10 p.m., though can still feed people who come in later that need the hot food. The Warming Center also has hot beverages available all night long, from coffee and tea to hot cocoa.

In previous years, the Warming Center has done more than just keep people out of the cold. It has also helped save lives.

“We have had two people who came in who were hypothermic but refused medical treatment,” Johnson said. “So we followed protocol given by the American Red Cross to warm them up slowly, wrap them in warm blankets. One woman survived the night in the cold because her dog cuddled with her and kept her core temperature warm until she could get to us.”

“If people are walking by, they can also read our reader board because we’ll post it there as well,” Johnson said. “But word of mouth spreads quickly too. We try to get the word out if we’re open through the homeless grapevine.”

If someone sees a homeless individual in need of the Warming Center but on the other side of town, there are no transport services available right now. But Johnson said it costs $8 to call Yellow Cab for a one-way trip to the Warming Center.

“I don’t have a van any longer for transport, but if someone wants to donate a van I’ll figure out staffing,” she said

Financial donations are always accepted, allowing the center freedom to purchase food it needs or to pay for extra dump runs if the Warming Center is open more than two nights in a row.

“This is our fourth year operating the Warming Center,” Johnson said. “We so appreciate the community’s support because we believe this makes a difference in people’s lives and we can’t do it without community support.”

The Warming Center in Coos Bay opens for the first time as temperatures dropped.