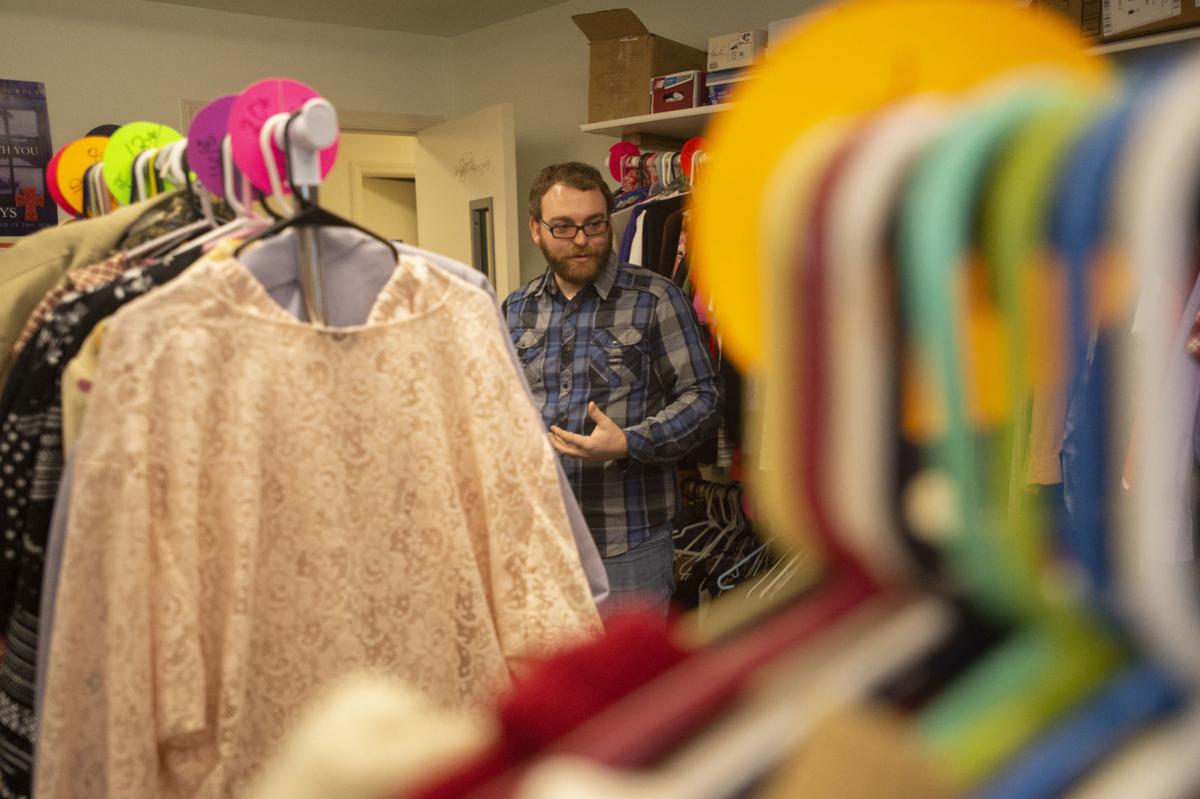 Pastor Lloyd Pounds walks through a room full of donated clothes Feb. 6 at the First Christian Church in Myrtle Point. The church recently fundraised more than $30 thousand to make upgrades to the building, part of which is 100 years old. 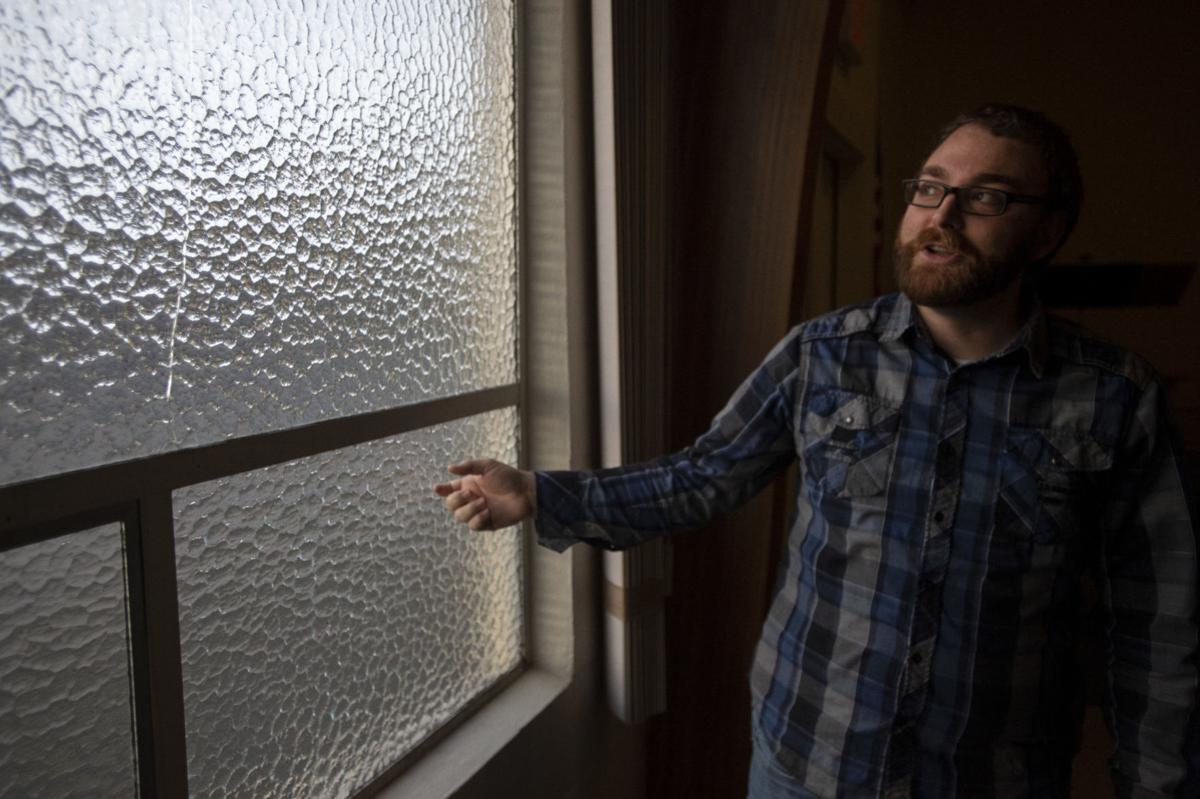 Pastor Lloyd Pounds points out a large crack in an old plate glass window at the First Christian Church in Myrtle Point. The church recently fundraised more than $30 thousand to make upgrades to the building, part of which is 100 years old.

MYRTLE POINT — This month, the Myrtle Point First Christian Church wrapped up their “Big Give Fundraiser” after receiving more than $30,000 from its congregation and countless community members to renovate and update its aging sanctuary room.

The church, which was officially built in 1905 and re-built in 1960, will now receive a new heating and cooling system inside its sanctuary room as well as having its worship staging area repainted and remodeled and having air conditioning installed in its dining facility.

Pastor Lloyd Pounds points out a large crack in an old plate glass window at the First Christian Church in Myrtle Point. The church recently f…

Myrtle Point First Christian Church lead pastor Lloyd Pounds said he was blown away by the community’s remarkable ability to once again come together to help and give back.

The fundraiser, which began on Thanksgiving weekend, called on folks interested and able to donate funds to the church to help its staff conduct a number of repairs.

“We’re so grateful to all the folks who stepped up to help,” Pounds said. “We’re amazed and totally blown away and humbled by the whole thing.”

According to Pounds, in October the staff and elders of the church spent a day fasting as a way to seek spiritual guidance on what they should focus on for this year’s fundraiser.

“It’s interesting when we all come back together, everyone seems to be on the same page,” he said.

Last year, the church centered its fundraiser on helping the Myrtle Point Police Department secure new state-of-the-art body cameras for its officers. More than $17,000 was raised to purchase the cameras as well as to support missionaries in Zimbabwe who provide job training skills to women and children with traumatic backgrounds.

At the end of December, the church, which had hope to raise at least $14,000, had toward the end of its fundraiser event collected about $7,500. It wasn’t until an unexpected donation came in from Jason Graham, owner of Graham Bay Area Chrysler Jeep Dodge Ram in Coos Bay, that Pounds said they were finally able to reach and exceed their goals.

“(Graham) had asked Bob Tyler, a good friend of mine and member of our church family who also manages the shop down there, some questions about the fundraiser,” he said. “A few hours later he handed Bob a check for $15,000. We were shocked and extremely grateful.”

Overall, the church was able to raise approximately $30,735, Pounds said. With its heating system failing and its outdated, single-pane windows, Pounds said he’s excited to be able to provide a more comforting and welcoming environment for both its congregation and community organizations who use their facility for meeting spaces.

The Myrtle Point School District and Myrtle Point Girl Scout Troop 30403 are among the groups who often host meetings and training sessions at its facility, he said. In 2008, the church added a number of new office spaces and classrooms to hold its growing number of programs and services.

A celebration ceremony took place Sunday, Feb. 9, inside the church's worship center located at 511 Sixth St. to thank the community and all those involved with the fundraiser. In addition to covering the church's renovation costs, 10 percent of the funds raised will also go to the Boise Bible College.

“Despite some of the challenges our community faces with poverty, we really have some of the most generous people I’ve ever met,” Pounds said. “It’s incredible how they bind together to give.”