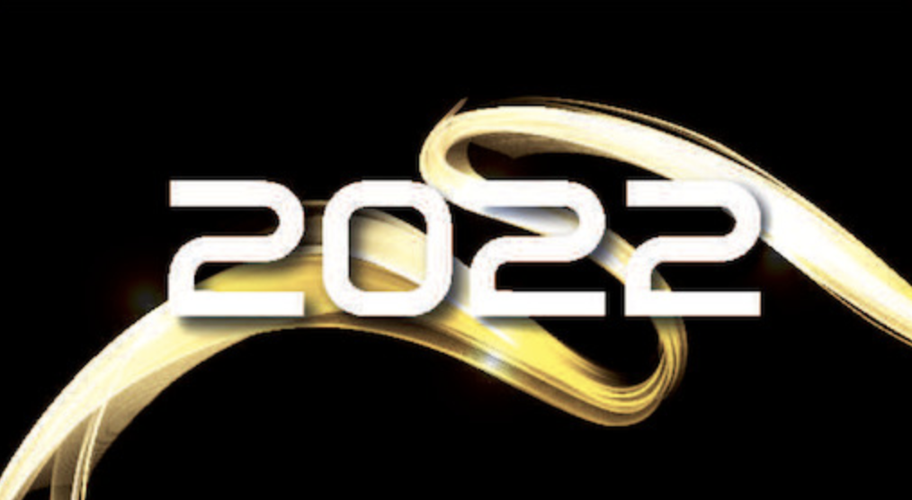 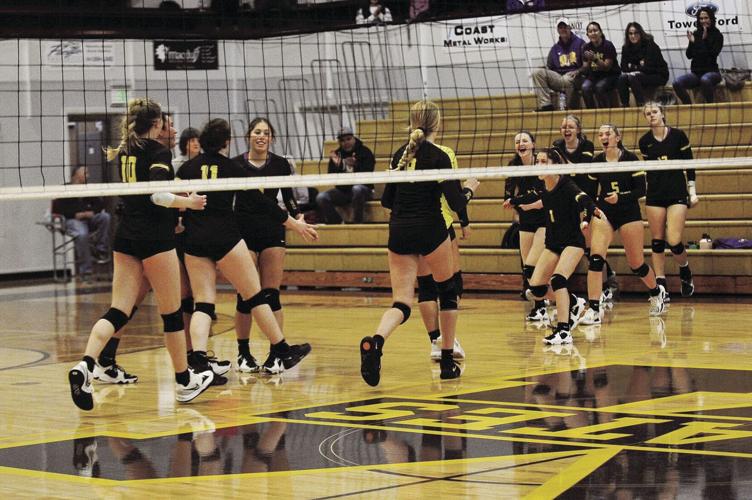 The Marshfield volleyball team rushes the court to celebrate after defeating La Grande to earn a spot in the Class 4A volleyball tournament. 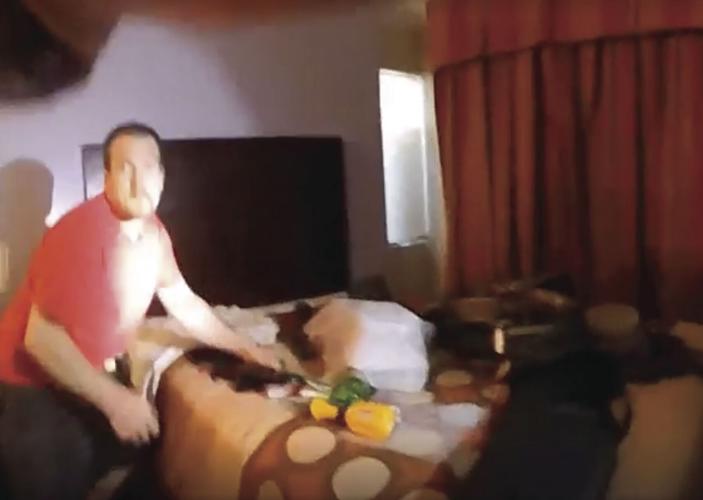 In a frame from a body cam video, Matthew Michel is shown reaching for a knife on the bed in his hotel room seconds before he was shot by police. 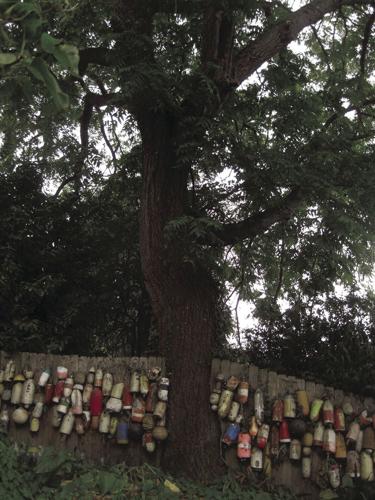 The controversy that led to North Bend Councilor Susanna Noordhoff confronting a neighbor centered around this tree that sits between two properties. 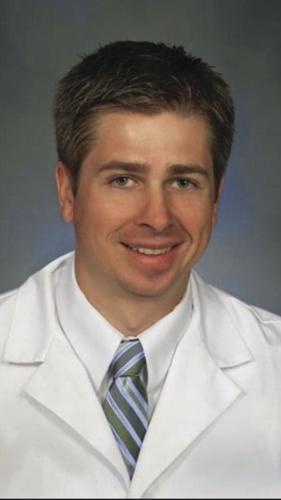 In June, a story gripped the community for weeks after a woman was found murdered, and the man police believe was responsible was shot and killed when he tried to attack officers.

The ordeal started when police were called to Cape Arago Highway to a report of a woman down. Responding sheriff’s deputies found the body of 34-year-old Amber Townsend, who had been shot to death.

Over a period of days, deputies collected and watched surveillance video that led them to believe a man driving an SUV was responsible. When officers found video of the SUV that showed a license plate, they were able to track it to Matthew Tyler Mikel.

Coos Bay police located the SUV at a hotel, and police and sheriff’s deputies went to the hotel to look for Mikel. Officers approached the room he was staying in, knocked on the door and forced their way inside. At that point, Mikel ran to a bed, grabbed a knife and lunged at the officers, when he was shot two times.

An investigation by the Oregon State Police cleared the officers of any wrongdoing, and Townsend’s murder case was closed.

The top stories of 2022 were chosen primarily by analytics revealing which stories received the most views at www.theworldlink.com.

Although there was never an indication of foul play, the community was shocked in May when local dentist, Dr. Devin Brice died unexpectedly.

Brice grew up in Coquille and graduated from Marshfield High School before pursing a degree in dentistry. He then came home and opened Apple Dental, which later moved and expanded into Above Dental.

His death was a shock to his patients and co-workers, who have kept Above Dental open.

George Landon made it a point to rarely leave his home near Coos Bay. But a trip out of town for a funeral was enough of an opening for thieves, who broke into his home and stole a coin collection worth more than $300,000.

Landon shared his story with The World in hopes of getting leads on the thieves. He said he believed a drug gang from Bandon was responsible, but proof was missing.

In November, tragedy struck Coos County when a 10-month-old infant died after he lost consciousness while with a babysitter.

After medical professionals determined the child died due to abusive head trauma, the child’s babysitter, Hayley Reanne Steele, 27, was arrested and charged with manslaughter.

As the year comes to a close, Steele remains behind bars at the county jail.

North Bend City Councilor Susanna Noordhoff has been in the headlines many times since she took office two years ago. In October, Noordhoff again garnered attention when she was arrested after an incident with a neighbor.

The incident around a large tree in her neighbor’s yard was discussed in a city council meeting before Noordhoff was cited in lieu of custody.

District Attorney R. Paul Frasier later dropped the charges, saying there was not enough evidence Noordhoff acted with malice rather than a concern for her own safety.

In June, a North Bend man was arrested and charged with second-degree murder after the body of Rebecca Elaine Reeves was found at her Coos Bay home.

Johnny Ray Bohannon, 47, was arrested the day after the body was found. He remains in custody in the Coos County Jail.

In April, Reedsport police made a routine traffic stop that led to the arrest of a man wanted in Coos County on manslaughter charges.

When officers stopped the vehicle, they saw signs of drug use and had a K-9 officer check the vehicle. When the dog alerted, officers determined one of the occupants was Jeremy Robertson, who was wanted in Coos County due to a case where his dog killed a woman.

Late in the year, Robertson was found guilty of criminally negligent homicide and sentenced to 26 months in prison.

The last few years have been good for sports teams in the region with multiple state title. But in 2022, one team’s run to a championship captured the heart of readers of The World.

The Marshfield volleyball team was ranked No. 1 in the state for most of the year, and in the postseason, the Pirates overcame one stiff challenge before rolling to the school’s first-ever state title in volleyball.

In April, a 15-year-old boy was killed after being shot in Bandon. Finnian Lewis was found deceased at an apartment complex after police were called.

Days later, his half-brother, Torin Syrus Mowery, 23, was arrested on a charge of murder in the second degree.

The neighbors were upset because a 9-1-1 call to Bandon police did not result in an officer responding, even after the owner of the smaller dog was bitten. The lack of response turned out to be because police were not informed. Instead, the dispatcher called county animal control.

At the meeting, the Bandon police agreed to change its system so officers would be informed of future dog attacks.

What do you enjoy most about the Superbowl?