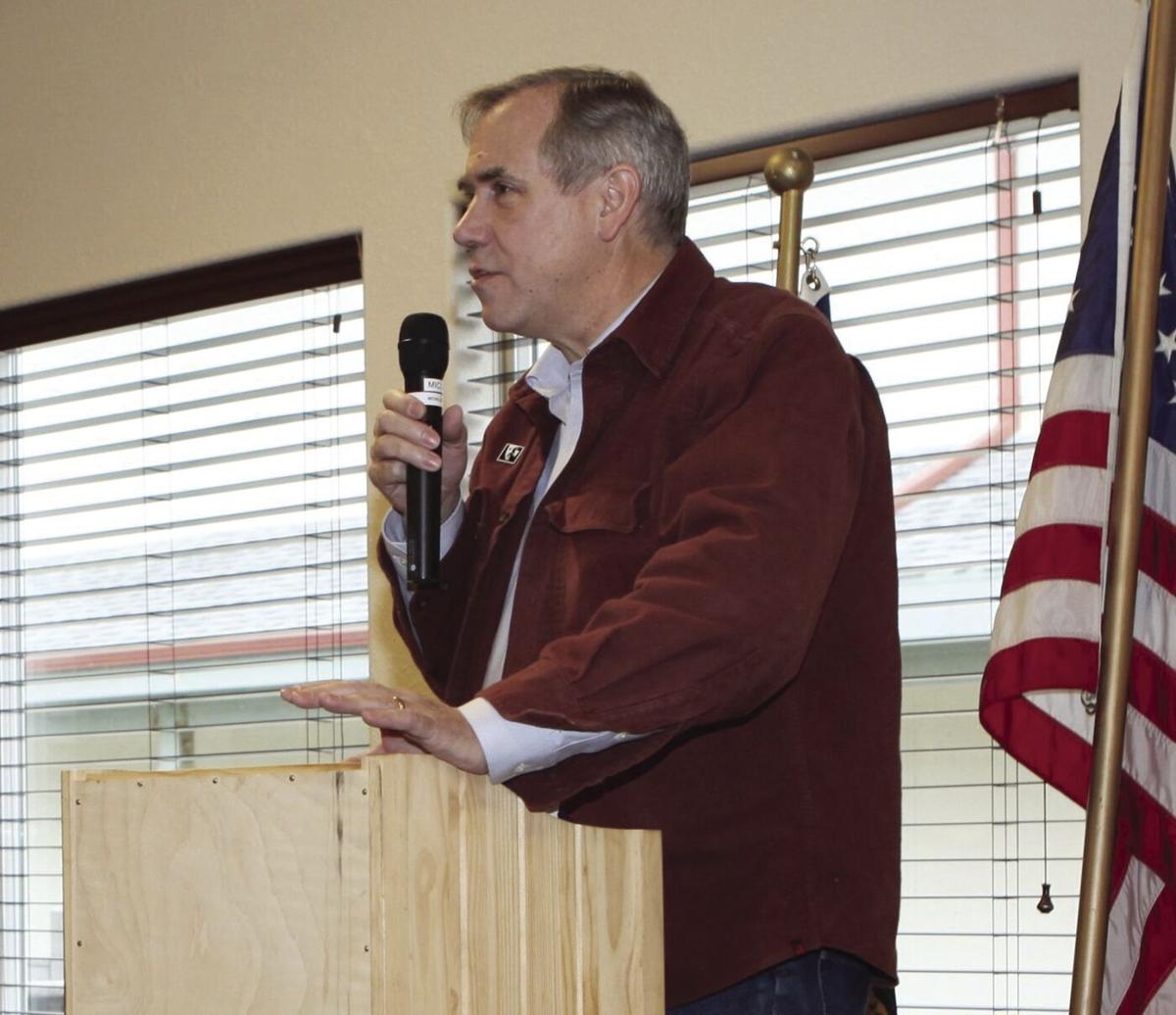 Sen. Jeff Merkley answers questions during a town hall in Bandon in 2019. 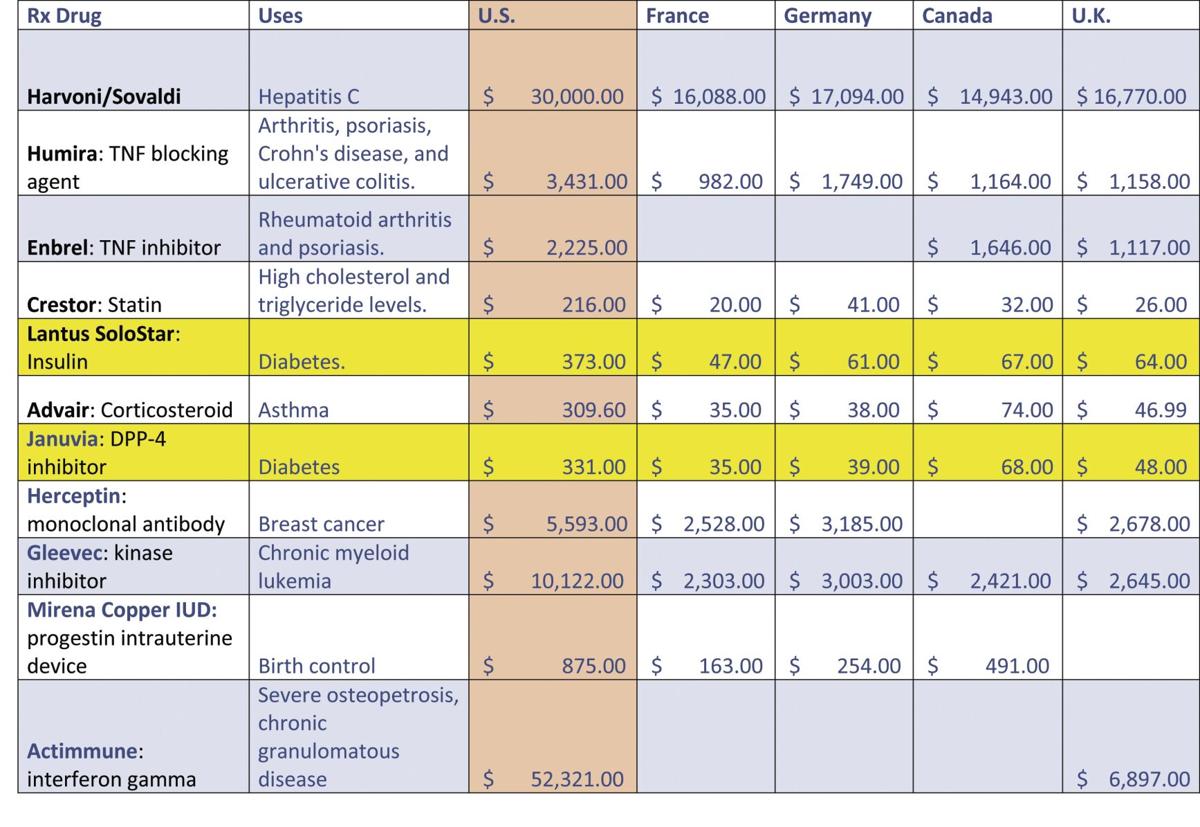 Sen. Jeff Merkley released this graph that shows prices for some common medications in the United States and other countries.

Sen. Jeff Merkley answers questions during a town hall in Bandon in 2019.

Sen. Jeff Merkley released this graph that shows prices for some common medications in the United States and other countries.

U.S. Senator Jeff Merkley announced Thursday he was planning to introduce legislation that would rein in drug prices across the country.

Merkley said for years he has heard Oregon residents complain about the cost of medication, and he feels Congress could make a move to change things now.

“Every year, I hold town hall in each Oregon county, and I get someone who stands up and says what are we doing for the price of drugs,” Merkley said. “Why is it so much more expensive than in Canada.”

And Merkley said the perception of higher costs is true.

He pointed to a man in Douglas County who had to buy medication for his daughter, who suffered seizures. In Canada, the medicine cost $200 a month, while in Douglas County is was $45,000 a month. Merkley said the discrepancy was so great he asked his staff to verify it was true, and it was.

Merkley also pointed to insulin, a common medicine for many with diabetes. In some countries, insulin costs $35, while in the United States, it runs $2,000.

“When you look at the cost of insulin in America versus abroad, it’s clear we’re getting gouged,” Merkley said.

Merkley said few people in the country are happy with prescription costs, adding people, both rich and poor, are going bankrupt daily due to the costs of medicine.

“The only people in America who think the drug prices aren’t too high are people getting rich from high drug prices,” Merkley said.

As a result, Merkley said he was going to introduce the End Price Gouging for Medication Act, with the goal of getting support from people in Oregon and across the country.

The legislation would make it so drug companies cannot charge more for medications than the average price charged In 11 other developed countries. It would apply to all patients, regardless of what insurance they have or whether they have insurance or not.

Merkley has tried to pass similar legislation in the past, but he feels 2021 is the perfect time to make it happen.

“This year we are anticipating the introduction of the American Families Plan,” Merkley said. “We expect major healthcare reform to be a part of this package. This is the moment to get this right.”

Merkley said the reason drug prices are so high in America is easy to find: lobbyists. He said lobbyists from drug companies are camped out in Washington, D.C. and are constantly appealing to lawmakers to make no change.

“We have allowed Americans to get ripped off for far too long,” Merkley said. “We need to stand up to big pharma. It’s not a red bill or a blue bill, this is an American bill. Let’s deliver common-sense policy that should have been in place all along.”

Merkley said he has not floated the idea past Pres. Joe Biden, but he is hopeful Biden would support it.

“My goal is to make this such a big issue, a premier issue so he’s compelled to support it,” Merkley said. “This is universally popular. Therefore, any president who wants to get re-elected should seize on this issue.”

In the bill, Medicare would negotiate prices for medication nationwide, but the benefit would be for everyone.

“It’s a big issue for the citizens in every state,” he said. “The pricing is very complicated. You don’t know what you’re going to pay, what your insurance is going to pay. It is absolutely an issue for families across the state.”

Merkley said he has heard the argument that insurance companies charge more in the United States to cover the cost of research for new medication. He had a one-word response to that idea.

“Bogus,” he said. “It is a completely bogus argument. A lot of the research money comes from the taxpayers, so we should get the best prices.”

Merkley said if pharmaceutical companies cut prices in the United States by 50 percent and raised them by 5 percent elsewhere, they would bring in just as much money for research.

Merkley said Americans have been overpaying, he used the word gouged frequently, for too long, and it is time for that to change.

“This is a really important issue to tackle and we an opportunity this year,” he said.