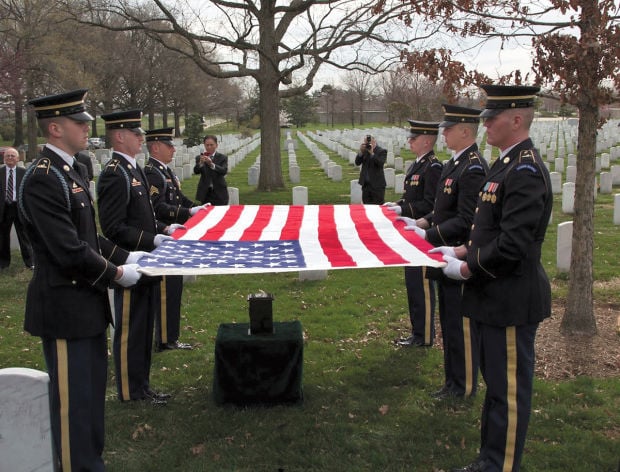 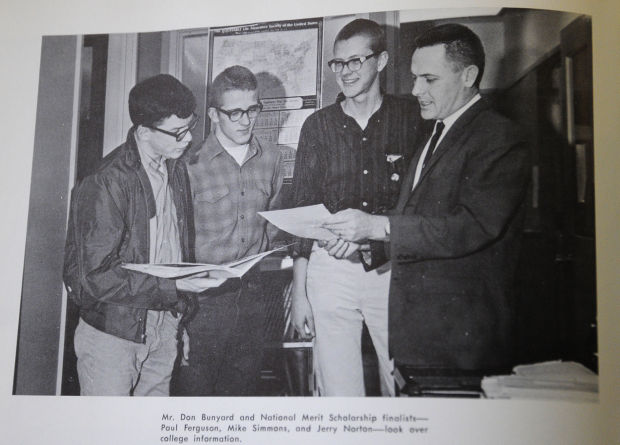 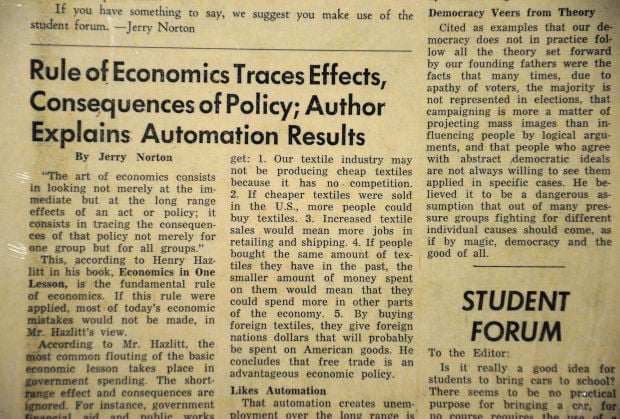 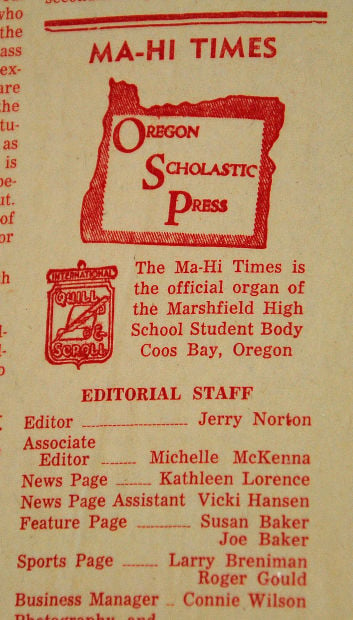 COOS BAY — Jerry Norton graduated from Marshfield High School in 1964. He went on to see, and chronicle, some of the best and the worst that this world has to offer. His many friends will tell you that Norton himself was among the best.

The longtime journalist, National Press Club member, and Vietnam vet, was buried at Arlington National Cemetery on Friday. The 67-year-old died Dec.15,  after a 14-month battle with a brain tumor.

Rich Adamson was among his earliest friends, having met Norton in nursery school in Coos Bay. He remembers Norton as a welcoming and easy-going person.

“The thing about Jerry, he was incredibly intelligent but didn’t wear his IQ on his sleeve. He was just nice to everybody,” said Adamson.

Speaking by phone from his Shelton, Wash., home Adamson said he can still remember something he read in Norton’s high school annual about 50 years ago. “I can’t remember who wrote it, but it said ‘Jerry, when you get to the White House, please hire me as your head janitor.’”

He never made it to the White House, but he sure got to see a lot of the world during his lifetime.

After graduating Phi Beta Kappa from the University of Oregon, Norton joined the Army. After serving a tour of duty in Vietnam he returned home with shrapnel in his body, a purple heart, and other decorations.

Newspapering though was his first love, and he returned to it with gusto. He had been a reporter and editor for the school newspaper at Marshfield; even his graduation speech, titled “Black and White,” focused on print journalism.

So he went back to school, earning a masters degree from Columbia University, before heading back overseas to serve as business editor of the South China Morning Post.

According to the National Press Club, he was twice based in Singapore and twice president of Singapore’s Foreign Correspondents Association, besides being a member of the FCC in Hong Kong and the FCCJ and Overseas Press Club in Japan.

He would go on to spend 25 years at Reuters, serving in various capacities, including as a senior correspondent or veteran editor in Hong Kong and Tokyo, a bureau chief in Singapore and Indonesia, and finally an editor in Washington.

“He really was the consummate foreign correspondent,” says Dave Collogan.

Collogan’s wife had been a colleague of Norton’s early in his career and the couple both were impressed by his calm and cool demeanor. Collogan says that from what he heard at the memorial reception for Norton, they were not alone.

“What I heard, universally,” he said by phone this week, was people saying how unflappable he was — no matter what the circumstances. Some people can start to yell as deadline approaches, he just soldiered on.”

All through his long career, however, he always made time for his hometown and his former high school friends.

Former Reuters colleague Greg McCune reported on the memorial, and the reception, for The Baron, a website for current and former Reuters journalists. He noted how much pride Norton had in where he was from.

“Raised in Coos Bay, Oregon, Jerry loved his home state and would passionately extol the virtues of its rugged coastline and verdant green forests, family and friends said.”

While spending a career collecting experiences, he continued to collect friends as well. Even former classmates, who didn’t know him well when they were in school, became friends much later.

Cheryl Lee Lindmeier says it was through their class reunions that she really got to know Norton.

“I’m going to miss him. Every time (we) FaceBooked, or I talked to him, he was just such a down to earth person,” she said after learning of his death. “(It’s) amazing how one person can have such a far-reaching impact on the world and be so down to earth and friendly.”

Classmate Donna Whitney Gamble, who now lives in Portland, made the trip last week to say her final good-bye to her friend. Through an email to The World this week, she summed-up what was, by all accounts, a life well lived.

“Jerry was a lovely man who lived a rich life judging from the comments of love shared by so many.”

Norton is survived by his wife, Kim, and son, Michael.