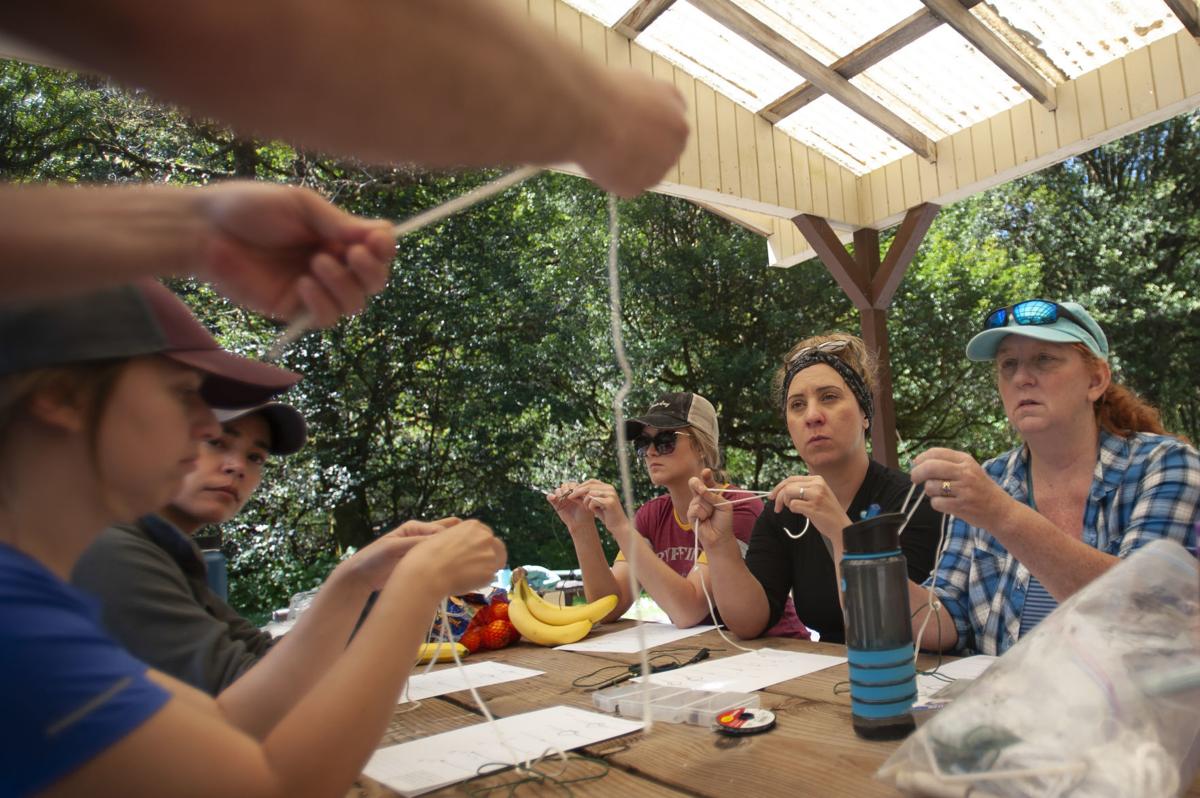 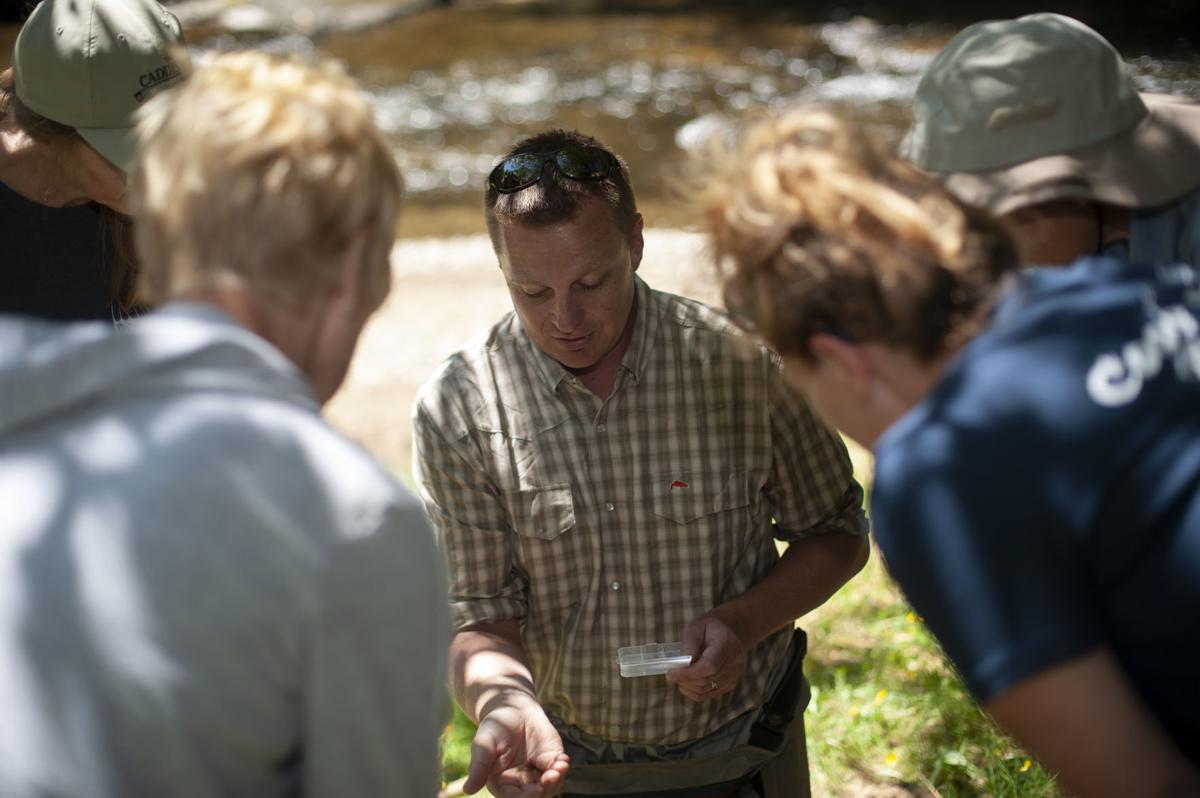 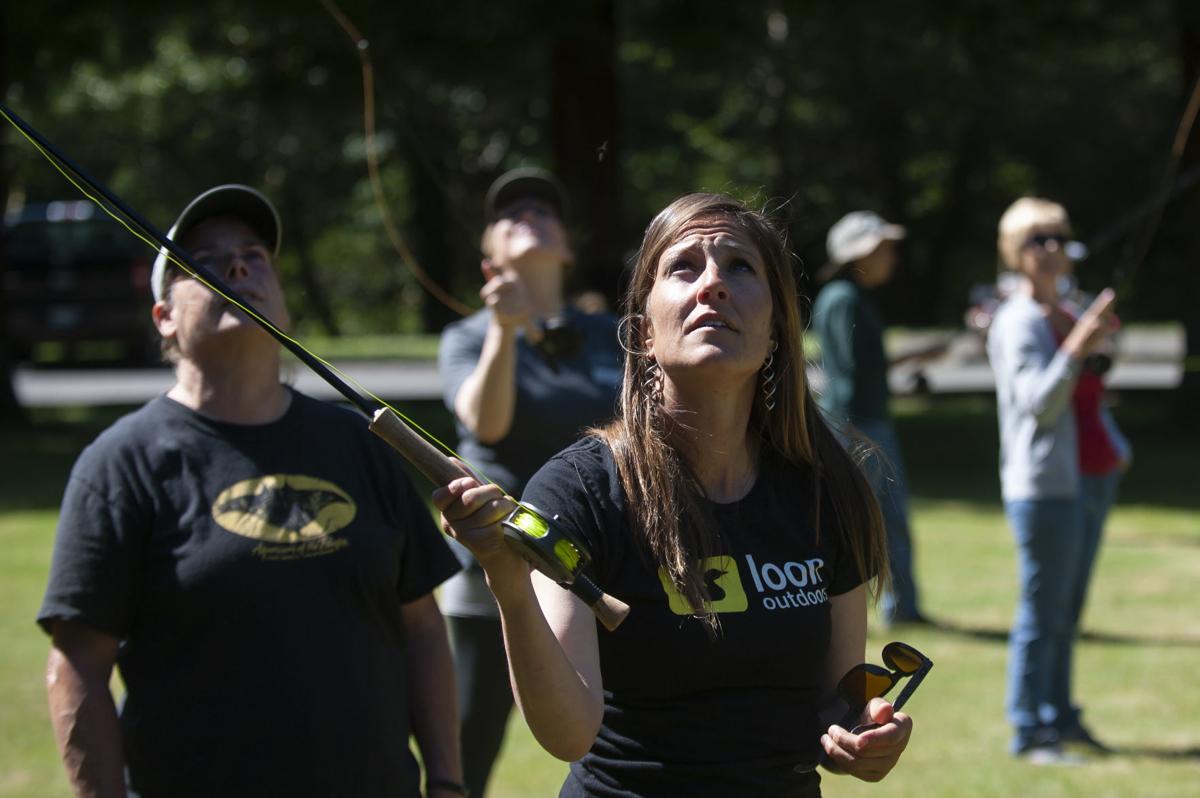 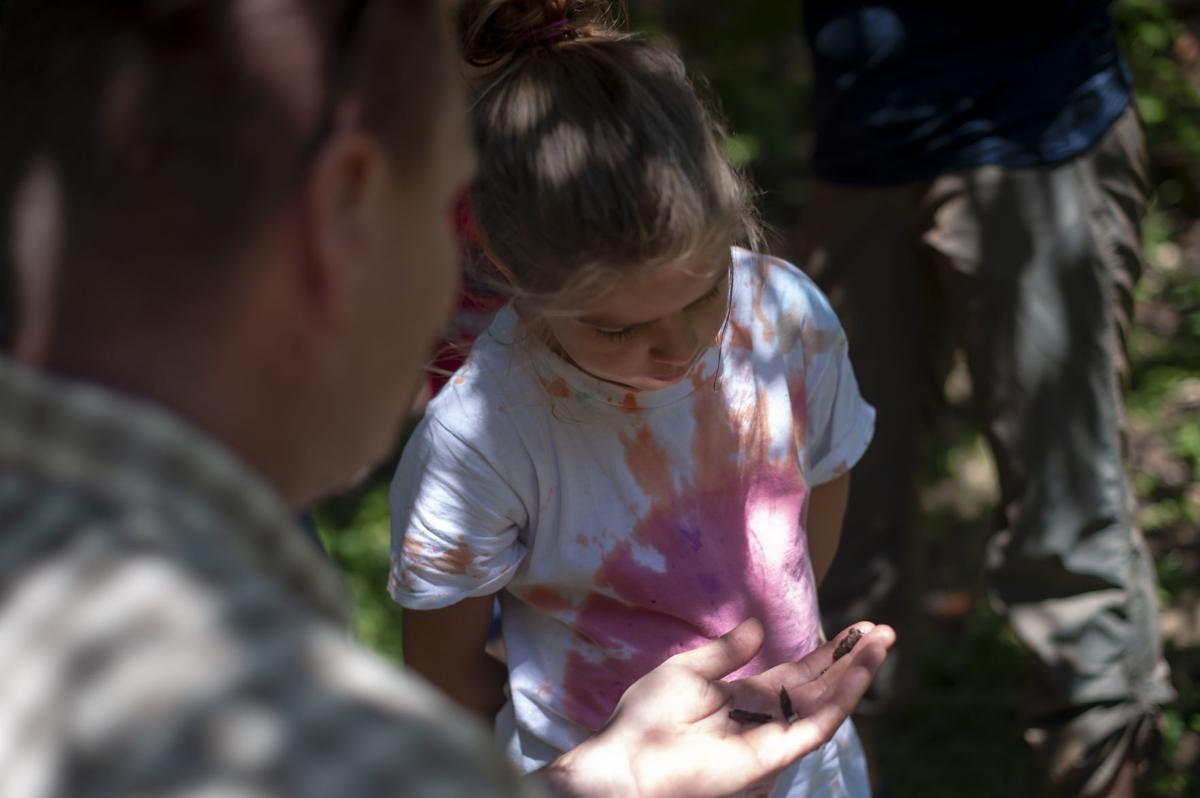 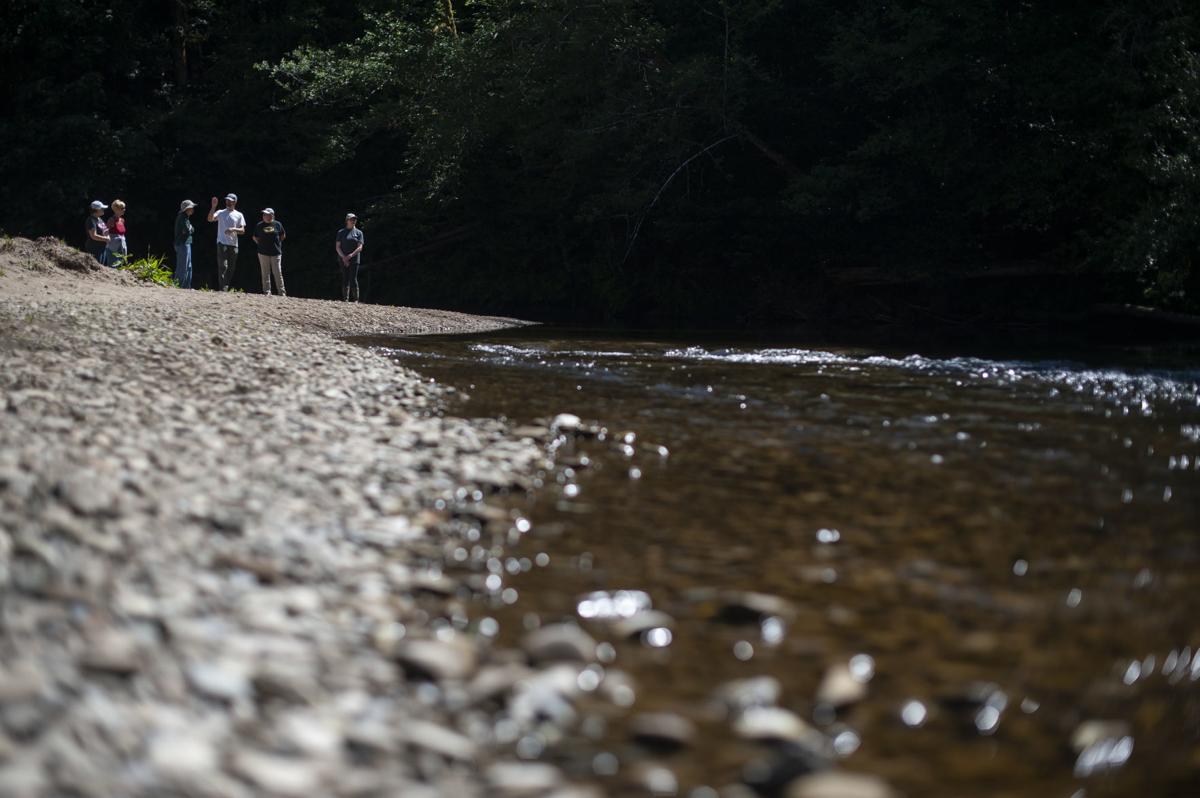 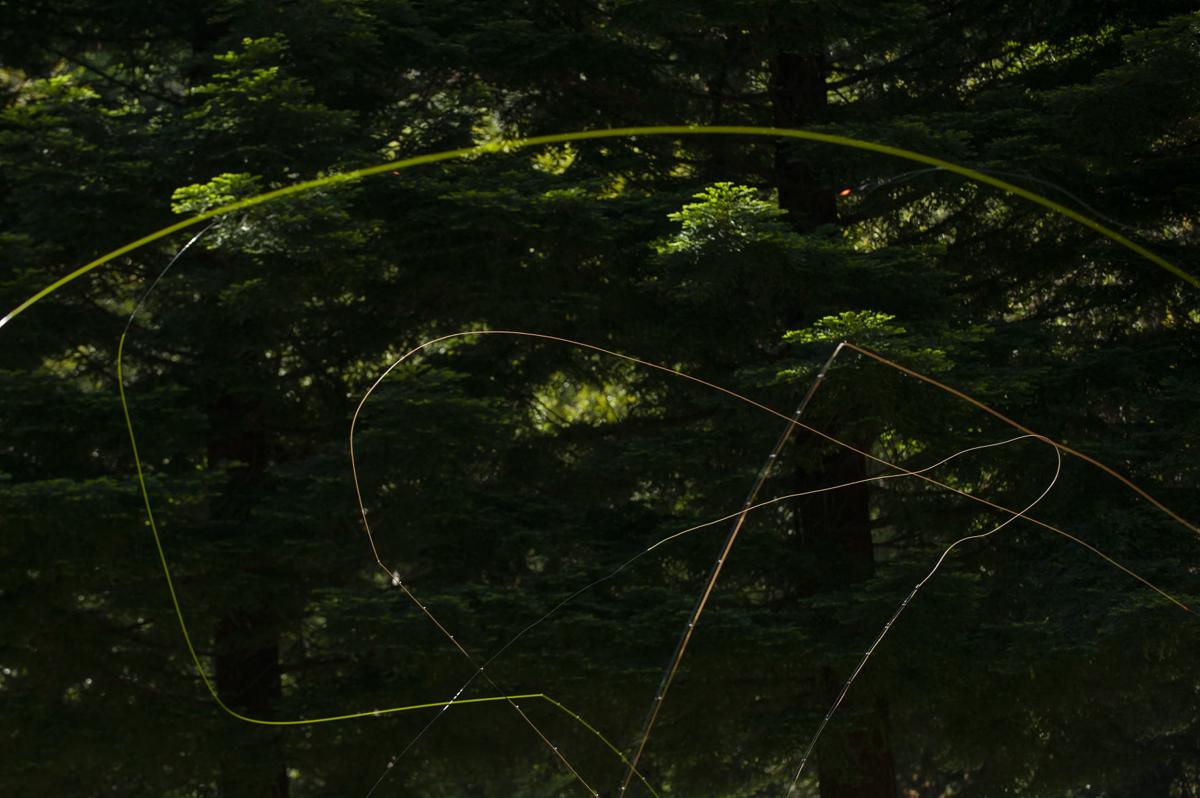 The workshop, which was catered to both beginner and intermediate levels, taught women from throughout the South Coast a number of fly fishing techniques and strategies.

Members of the local chapter as well as volunteer Sara Jo Royalty, a seasoned fly-fisherwoman, broke out into multiple groups to teach the women about reading water conditions, knot tying, casting and fly identification.

Peter Cole, the vice president of the chapter, said the workshop is a great way for women interested in learning about fly fishing to network with others who share their interests and get good, hands-on experience.

Cole, who taught the knot tying portion of the workshop, said the best advice he could give to those first starting out is simply to keep practicing.

“If you can, practice as much as possible before you go out on the water,” said Cole. “Like anything else the more you do it the more it will become second nature.”

Friends Katie Forrester and Angela Hanan, who were among the 20 women who participated in Saturday’s workshop, both said they signed up because they were eager to understand and learn more about how fly fishing works.

“For someone like me who knows nothing and never actually touched a fly fishing pole before it was really nice to learn the absolute basics,” said Forrester. “I was also excited about there being other women here because groups of women tend to be less judgmental toward each other when you’re learning something new especially outdoorsy stuff.”

Gary Vonderohe, a chapter member, said he hopes the women who came out this year stay in contact and encourage one another to continue fly fishing.

“I’ve been fly fishing for about 21 years now,” said Vonderohe. “When I first started I was self-taught and I ran into so many people that were very generous and gave up so much of their time to show me different things. It’s nice to be able to give back and help others.”

In addition to hosting classes, the local chapter, which has about 90 members from Florence to the California border, also works on various projects along the southern Oregon Coast aimed at restoring and conserving cold water habitats for the area’s salmon, trout and steelhead populations.

For those interested in learning more information about the South Coast Cutthroat Chapter of Trout Unlimited, visit its Facebook page or email them at southcostcuts@gmail.com.

COQUILLE — In June of 1945, Jack Stevens was called to fight in World War II before he could graduate with the rest of his class at Coquille H…